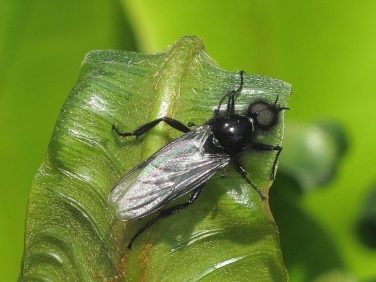 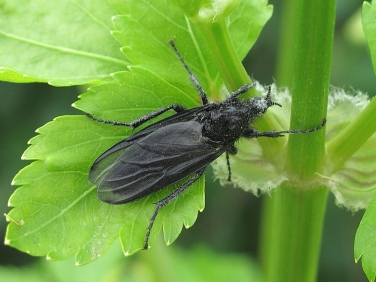 This male (above left) was sitting in the sun on a frond of Hart’s-tongue (Asplenium scolopendrium). We were actually watching a Woodchat Shrike (Lanius senator) hunting up and down a hedge near Treen in West Cornwall but since he posed so nicely we couldn’t ignore the fly!

Insight into St Mark’s Fly (Bibio marci): named as they often appear around St Mark’s Day on 25 April. They are abundant for a short time, maybe only a couple of weeks, flying with their long dangling legs hanging down.

The male (above left) is smaller, 12mm, than the female (above right), 14mm, with a big head and large eyes. The male also has clear wings whilst the female’s are smoky.