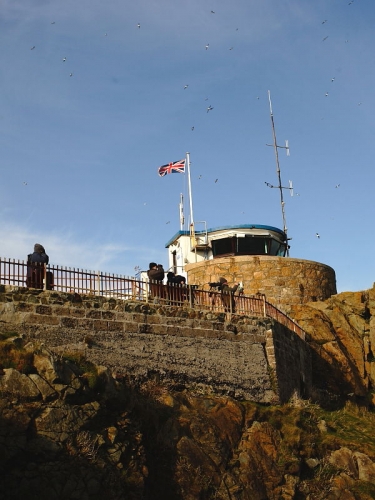 The Island’s surrounding waters are one of Cornwall’s best places to watch seabirds, dolphins and other marine species.

Despite being known as ‘The Island’ it’s actually a small headland attached to the popular fishing village of St Ives.

The best seawatching is normally to be had looking out to sea from the concrete platform on the right of the coastwatch station.

Here the tidal race passes close to the point and shoals of small fish attract diving birds, seals and dolphins.

In the wonderful light conditions associated with St Ives there are far reaching views across St Ives and Carbis Bay to Godrevy Point.

Either side of the Island are the sandy beaches of Porthmeor and Porthgwidden.

Other nearby seawatching places are Pendeen and Godrevy 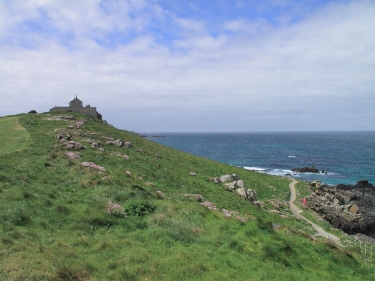 Parking is in a convenient pay and display car park adjoining The Island providing easy access to the point.

Excellent views of the sea are had from the coastal path that extends around the Island linking Porthmeor Beach, the Coastal Watch Station and Porthgwidden Beach.

There are several seats on the path leading around the island with views out to sea. 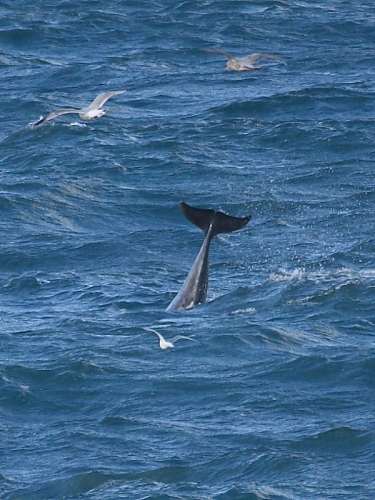 What is the best time to see Dolphins at St Ives?

The appearance of dolphins can be unpredictable but they can turn up to feed on the small fish shoals off the Island at any time of the year.

The main species are Common and Bottlenose Dolphin but there is also the chance of seeing Rissos Dolphin and Harbour Porpoise.

Basking Shark do occur in settled weather in the summer but they are not frequent visitors.

During the summer the peculiar sight of the floppy dorsal fin of an Oceanic Sunfish scything through the water may be had by sea watchers scanning the water surface with binoculars and telescopes.

These peculiarly shaped fish feed on jelly fish just beneath the surface.

In the clear water their pale, disc shaped body can sometimes be seen as the fish changes direction. 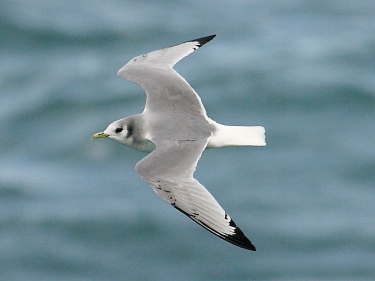 What are the best times to see seabirds?

There are always some common seabirds to be seen at any time of the year and in all weather conditions.

However, The Island is at its best when strong NE-NW onshore winds force birds close in to the headland.

Great views of Gannets, Manx Shearwaters, Kittiwakes, Guillemots, Razorbills and a few Balearic Shearwaters can be had in favourable conditions. 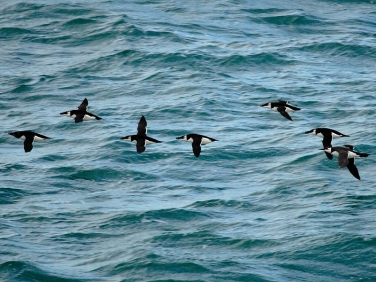 In favourable conditions thousands of Razorbills and Guillemots in a day may be recorded.

Between April and September is often the best time to see some of the rarer species as huge numbers of passage sea birds move through. 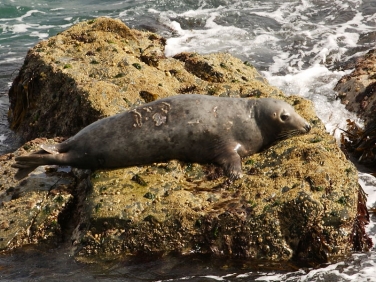 What time of year can seals be seen at St Ives?

Small numbers of Grey Seals can be seen at any time of the year.

These are likely to be from the large colony that can be found on the other side of Carbis Bay at Godrevy Point.

For more information see seals and wildlife at Godrevy Point.