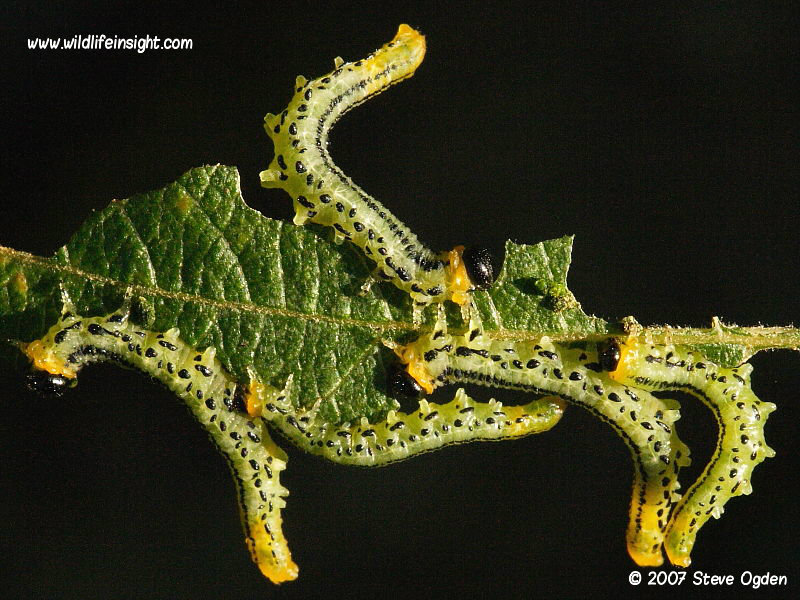 Many species of sawfly have caterpillars that defoliate a wide variety of garden plants, shrubs and trees

This sawfly guide and photographic gallery is in response to the many caterpillar identification requests received for sawfly caterpillars from both wildlife observers and gardeners.

Included are tips on identifying commonly sighted sawfly caterpillars from those of other insect larvae and includes photographs of them on commonly associated foodplants.

This information will hopefully help gardeners decide if action is warranted to control caterpillar infestations. 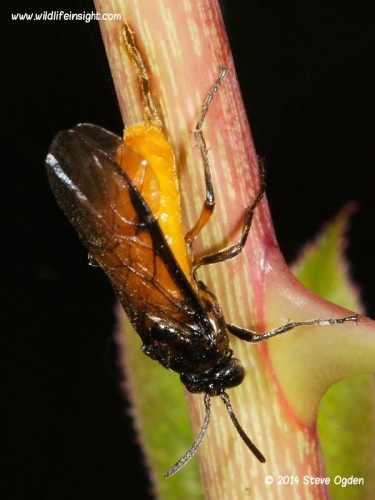 Sawflies are a member of the Symphyta sub-family of the insect order Hymenoptera, a much under-researched group of insects with in excess of 400 species in the British Isles.

It’s probably fair to say that for every plant there is likely to be a species of sawfly caterpillar that will feed on it.

The adult sawfly and caterpillars of many species are very similar and difficult to identify to species with certainty. Knowing the host foodplant can help.

The insects derive their name from the saw-like ovipositor the females of some species use to cut open or drill holes in plants, forming a cavity into which they then lay their eggs.

The photograph left shows a female sawfly cutting into the stem of a garden rose in preparation for laying eggs.

The resulting batch of eggs are shown below.

Whereas the adult sawflies may go unnoticed the caterpillars of many species attract attention by the severe defoliation they cause when feeding in large numbers on a single plant. 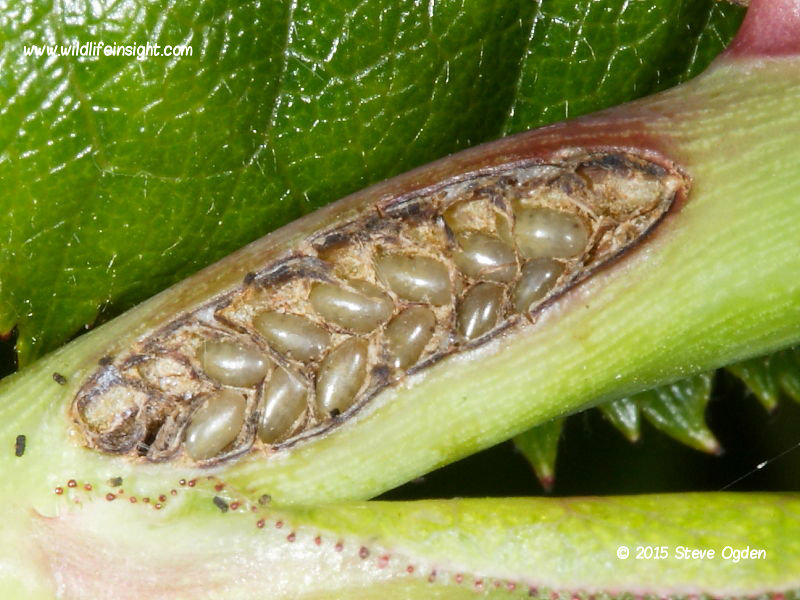 Other caterpillars can be seen in the following galleries and species pages. 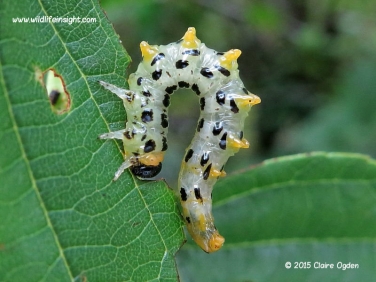 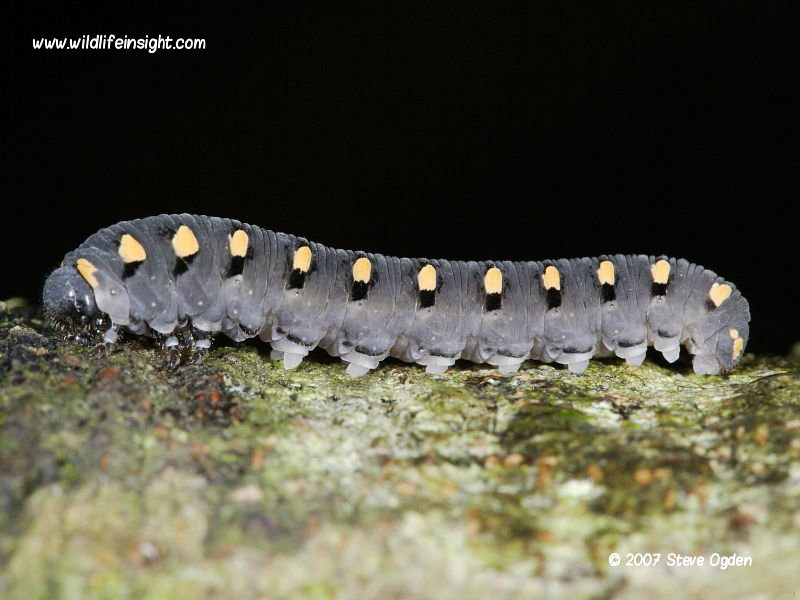 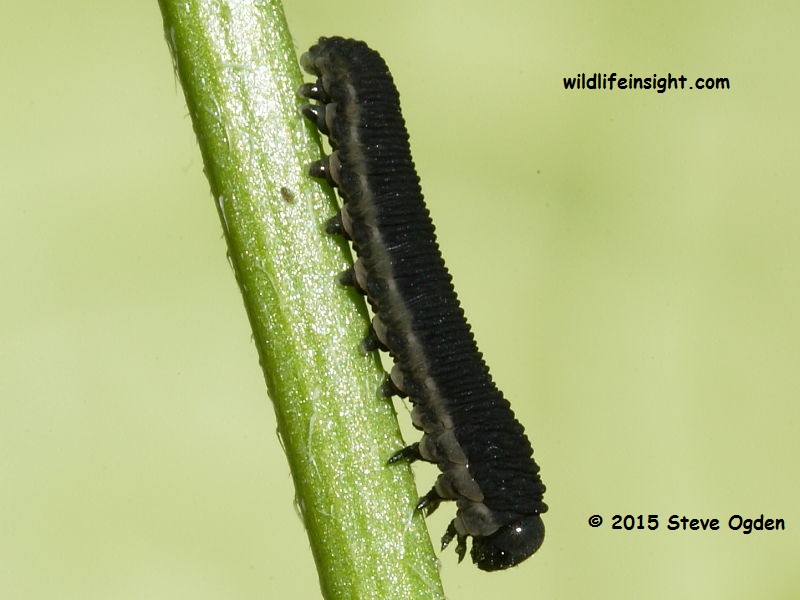 Sawfly larvae come in a fascinating variety of shapes, colours and sizes – most ranging from 10-40mm in length.

For many species the most useful way to determine whether a caterpillar is a sawfly is to count the legs. Although, on smaller caterpillars this can be difficult.

Sawfly caterpillars have three true legs at the front, the same number as many other insect larvae, but have more ‘stumpy’ prolegs, five or more, extending down the abdomen.

This can give the impression of an almost continuous line of legs (images above and left). 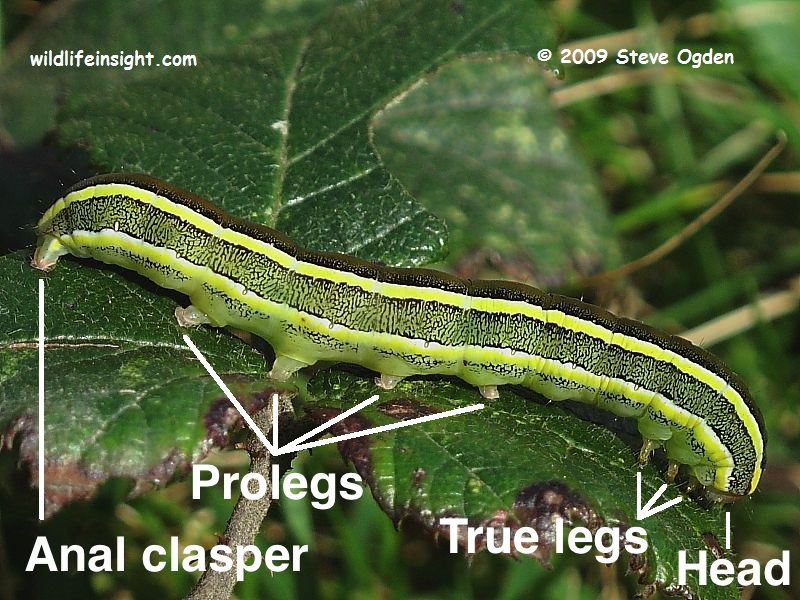 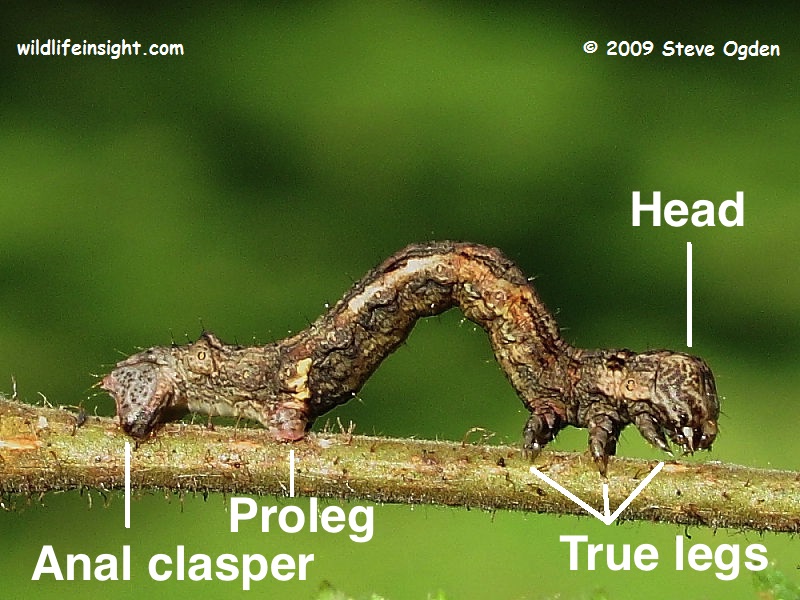 Moths and butterfly caterpillars have a maximium of four prolegs and a rear clasper.

Comparison examples of the most common leg arrangement of caterpillars belonging to the two largest moth groups the Noctuidae and Geometridae are shown above. 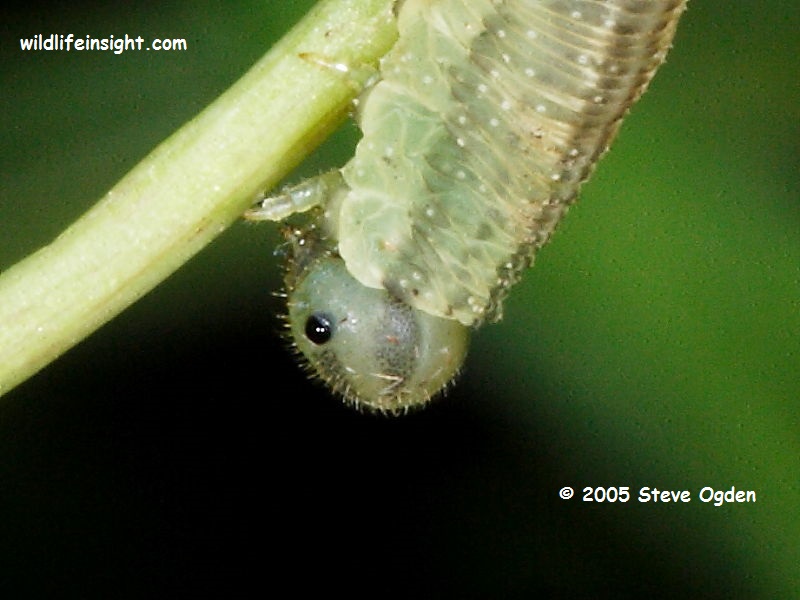 Although not very scientific, other features that may be useful when separating sawfly larvae from those of moths and butterflies are:-