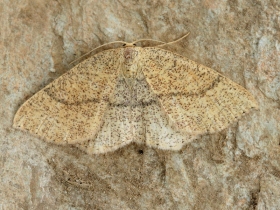 The Jersey Mocha is a rare species in the British Isles, with only a single resident population recorded in a wooded coastal site in the far south west of Cornwall, close to Falmouth.

An established population has been confirmed on the Island of Jersey in the Channel Islands and recent records suggest there may also be a resident population on the Isle of Wight.

The species is more widespread in continental Europe from where small numbers of migrants arrive annually along the south coast of England.

Increases in these sightings in recent years suggest other resident populations may soon become established.

The images featured are of resident and migrant moths attracted to light in Cornwall. 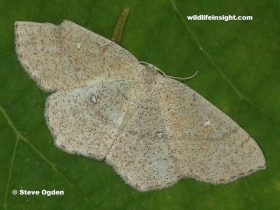 Jersey Mochas of the First generation have a stronger, dark brown median line than those of the later second brood which can cause confusion with Clay Triple-lines (Cyclophora linearia).

When compared to other species of Mocha, Cyclophora, one feature that can commonly help identify is the lack of a black outline to the pale/white discal spots on each wing. Although, on some specimens of Jersey Mocha these white discal spots may be either faint or even missing.

As a general guide the Jersey Mocha gives the impression of being more heavily speckled than other similar species.

Other moths are featured in the Moth Galleries and species pages. 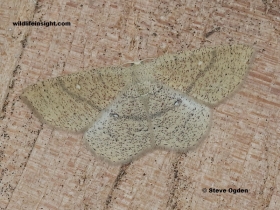 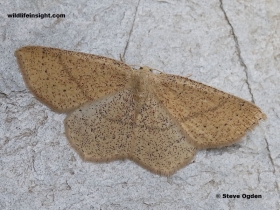 There are two flight periods between April-May and mid July-mid September.

Eggs are laid on the larval food plant – leaves of mature and scrubby oak (Quercus ssp).

The eggs featured, laid by a migrant Jersey Mocha attracted to light, were all laid either on or close to the edge of oak leaves provided. Whether this is a behavior consistently repeated in the wild is uncertain.

Eggs are pale when freshly laid, turning orange within 2/3 days as they develop, before hatching in 6/7 days. 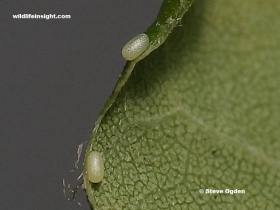 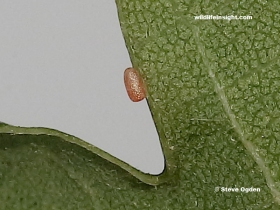 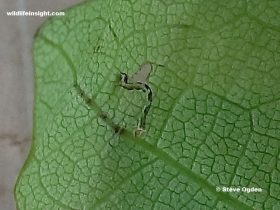 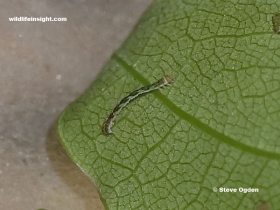 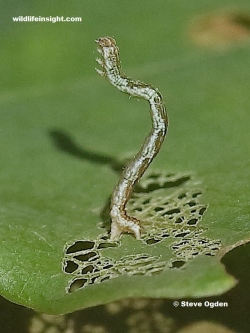 Hatching caterpillars are 2 mm long and feed on the freshest oak leaves.

The larvae featured are from a batch of eggs laid by a second brood female attracted to light on the Lizard in Cornwall in early September by John Foster.

Other moth caterpillars are featured in the Moth Caterpillar galleries and species pages. 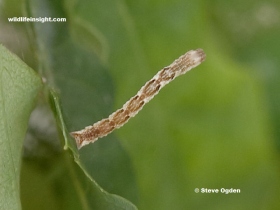 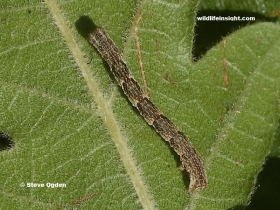 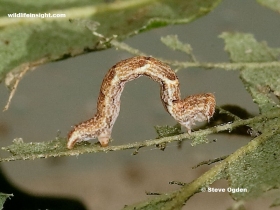 The caterpillars are fully grown, 22/24 mm, in about 28 days. The final forms may have either a green, reddish brown or greyish brown background colour. 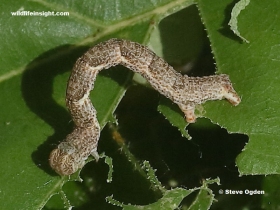 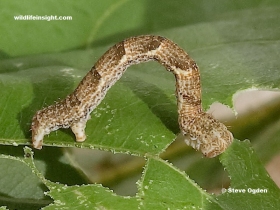 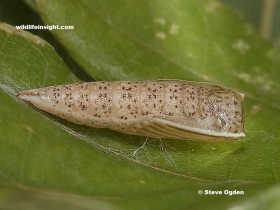 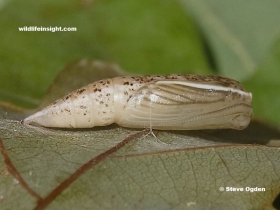 The pupating caterpillars form a green or pale brown pupa with darker brown speckling, secured to a leaf of the larval food plant by a slight silk webbing and a girdle thread.

The pupa of the later second brood overwinter with adults emerging in late March/April.