Identification of The Dot Moth 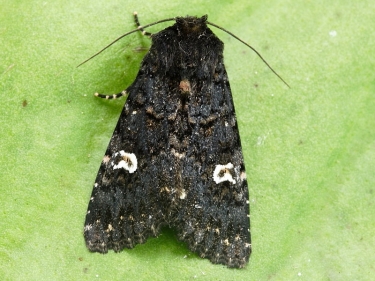 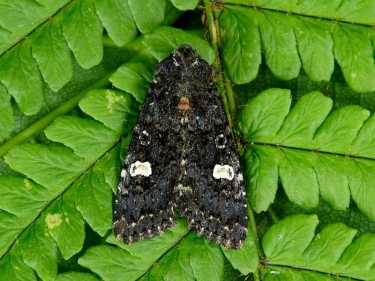 It has a creamy white kidney mark on almost black forewing.

Common throughout most of the southern half of England but becoming scarcer in northern counties and into Scotland.

The Dot Moth is found in most habitats including gardens, woodland and open countryside.

Life-cycle of the Dot Moth 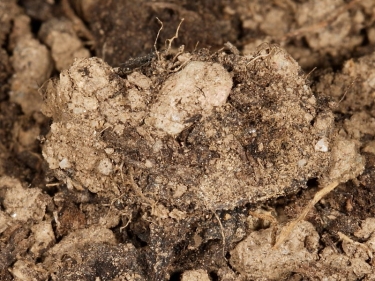 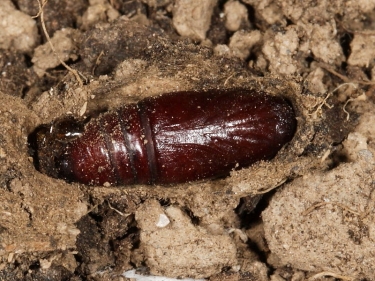 The adult Dot Moth flies at night in a single generation from late May to August and is attracted to light.

Eggs are laid on the larval food plant and hatch within 30 days.

The caterpillars are fully grown in 28 days and are often found during the day on their food plants.

They overwinter as a pupa in a cocoon in the soil. 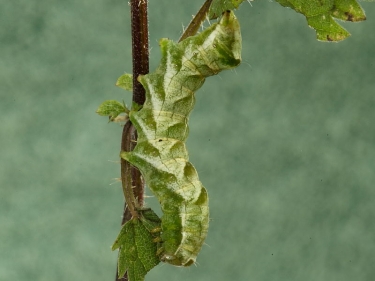 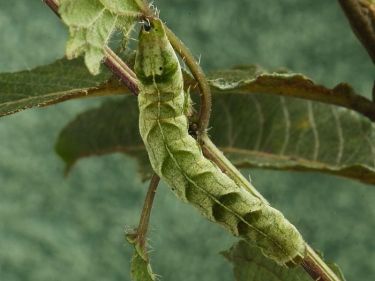 The caterpillars reach 45mm in length and can be various shades of green and brown. The distinguishing features are three pale lines cross the dark prothoracic plate behind the head, the central one being an extension of dorsal line and the eleventh segment is raised dorsally.

The Dot Moth caterpillar feeds on a wide range of herbaceous plants and sallows and can be found during the day on plants such as dock and common nettle.

Rearing of the Dot Moth 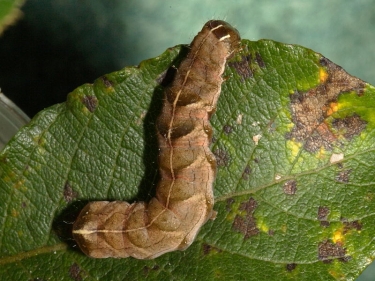 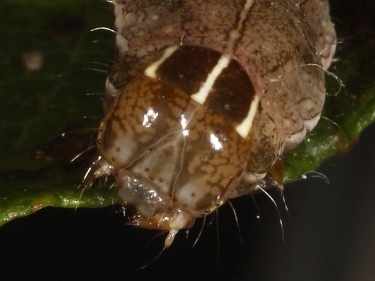 Very easy to rear with females laying freely in captivity.

Pest status of the Dot Moth

Neither the caterpillars nor the moths are considered a pest in the British Isles.

For other caterpillars see Caterpillar gallery