How many legs does a caterpillar have? 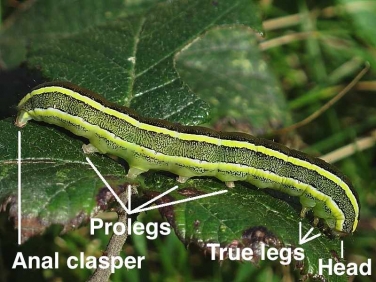 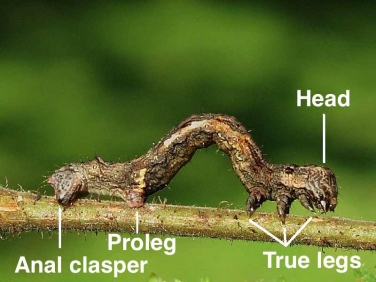 Most Lepidopterae (moths and butterflies) caterpillars have three true legs, four prolegs and an anal clasper (often referred to as a 5th proleg) which they use to walk and to hold on to foliage. However, not all caterpillars have this same distribution of legs. The majority of one large family of moths, the Geometridae, have only one pair of prolegs and a pair of rear claspers which cause them to walk by advancing one end of their body at a time, forming a loop in their folded body. This has given rise to this family of caterpillars being known as ‘loopers’.

What’s the difference between a larva and a caterpillar? What other insects have caterpillars? 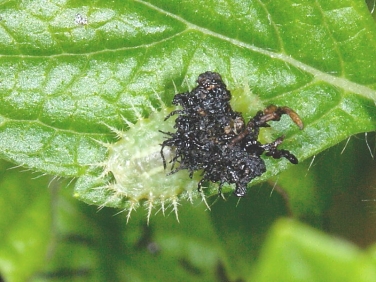 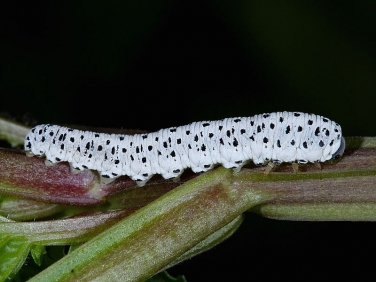 Both larva and caterpillar are terms used for the stage of an insect’s life between egg and pupa. All insects that undergo a complete metamorphosis have a caterpillar stage. 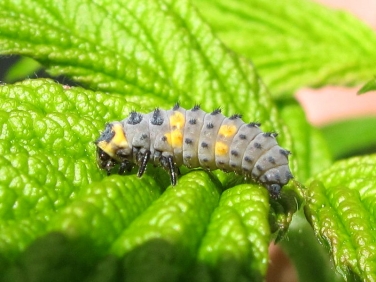 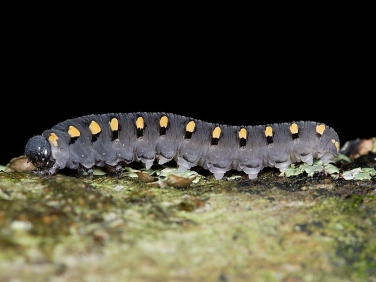 The number of legs can be a useful guide in determining whether a caterpillar is a species of lepidoptera or one of the other many species of insects also with a larval stage, such as a hoverfly, ladybird, beetle or sawfly. Ladybirds (above left) and beetles only have three true legs and no prolegs. Sawflies (above right) have more pairs of prolegs which on some species can be seen extending from their three true legs the entire length of their bodies.

How do caterpillars breath? 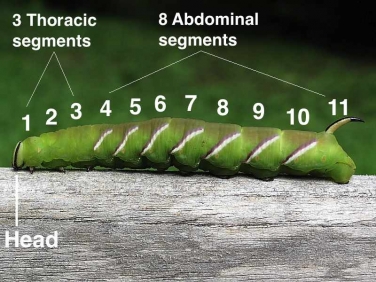 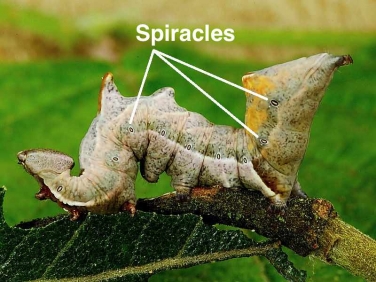 A caterpillar’s body is divided into at least 11 segments, 3 thoracic segments at the head end and 8 or more abdominal segments extending down to its rear clasper. The single pale oval holes on the sides of the first and fourth to eleventh segments are breathing holes called spiracles.