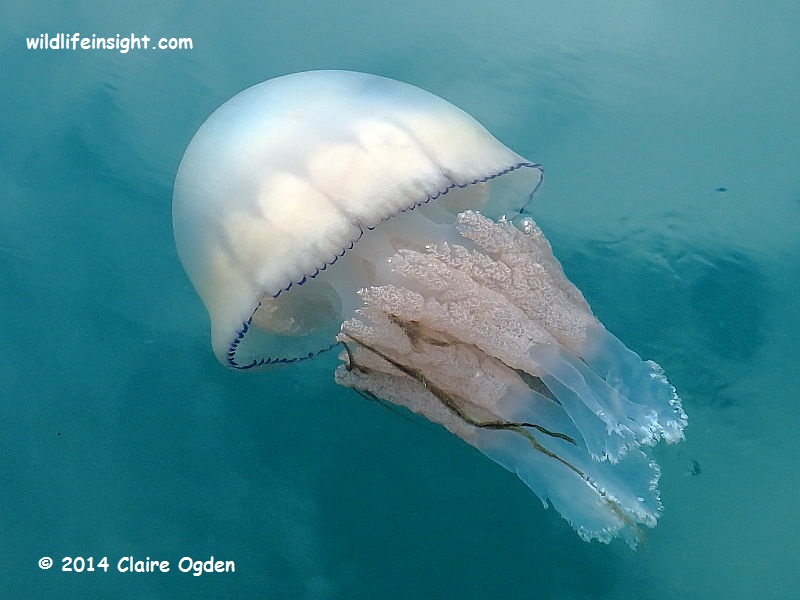 Huge influxes of jellyfish periodically occur all around the Cornish coast.

Most are small, harmless and go unnoticed, often staying further out to sea away from beaches.

However, in recent years there have been huge influxes of the huge Barrel jellyfish and the stinging Portuguese man of war jellyfish into shallow water and onto beaches.

The annual appearance of jellyfish on warm tidal streams often coincides with an increase in the numbers of other marine creatures such as the strange Oceanic Sun fish and occasional Leatherback turtle which feed on them.

There are many excellent seawatching places from where dolphins, porpoise, basking sharks, seals, seabirds and even the occasional whale are sighted every year from the Cornish coast. 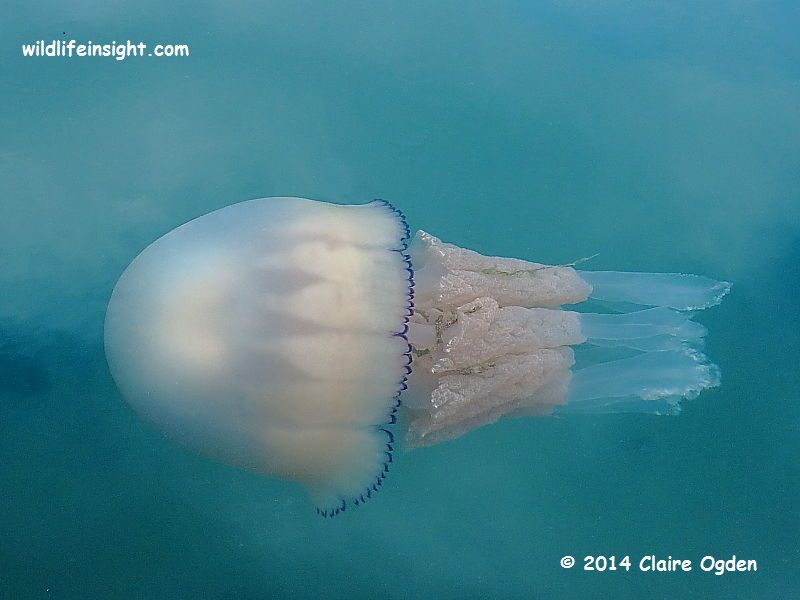 The huge Barrel jellyfish grows up to a metre wide and is one of the largest species of jellyfish likely to be seen in the British Isles.

It feeds on tiny plankton and despite its scary appearance its sting is weak and not considered a threat to bathers.

In 2015 huge numbers of Barrel jellyfish were seen all around the Cornish coastline, drifting up the Helford and Fal estuaries and into harbours.

Those shown were in Falmouth Harbour and the fishing port of Newlyn. 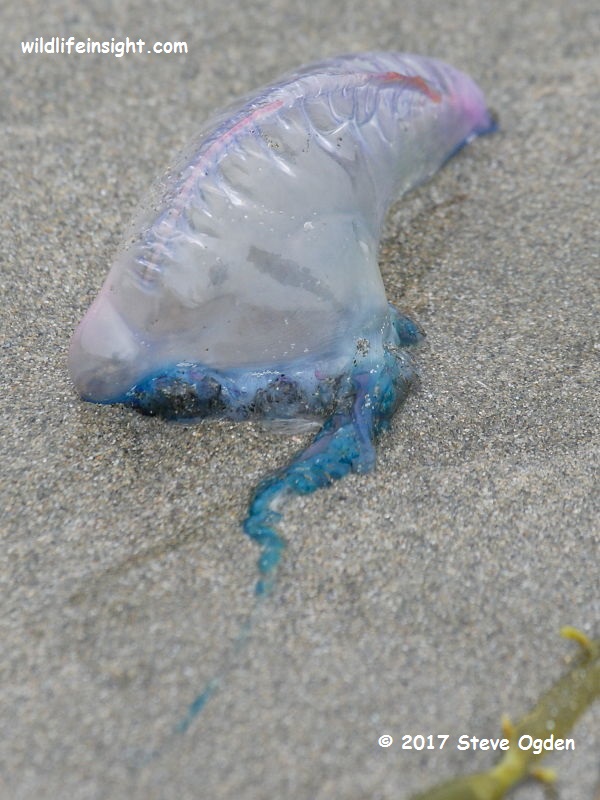 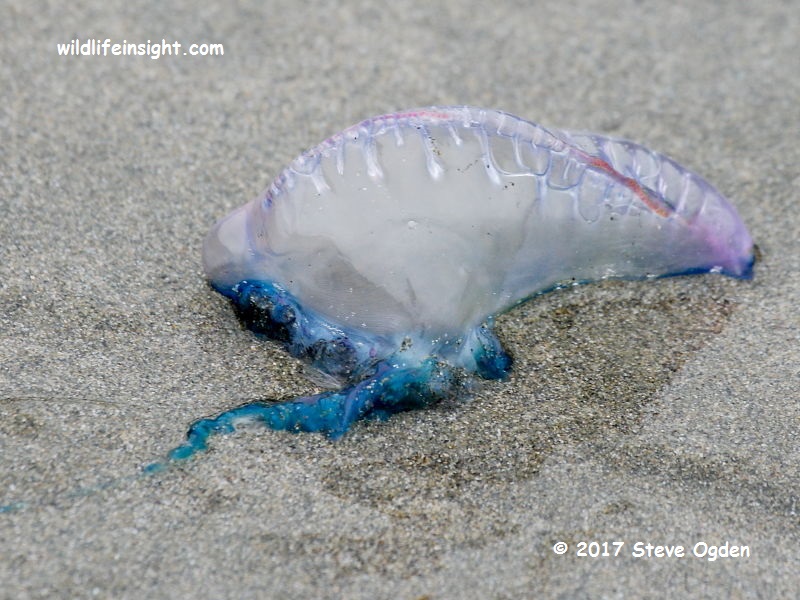 The Portuguese man of war jellyfish is normally rarely seen in Cornish waters.

However, in 2017 thousands, perhaps even millions, of these jellyfish were sighted all around the Cornish Coastline.

Large numbers entered shallow waters and were stranded on some of the most popular surfing and sandy beaches.

Those shown were strewn along the strandline on Pendower Beach on the Roseland Peninsula. 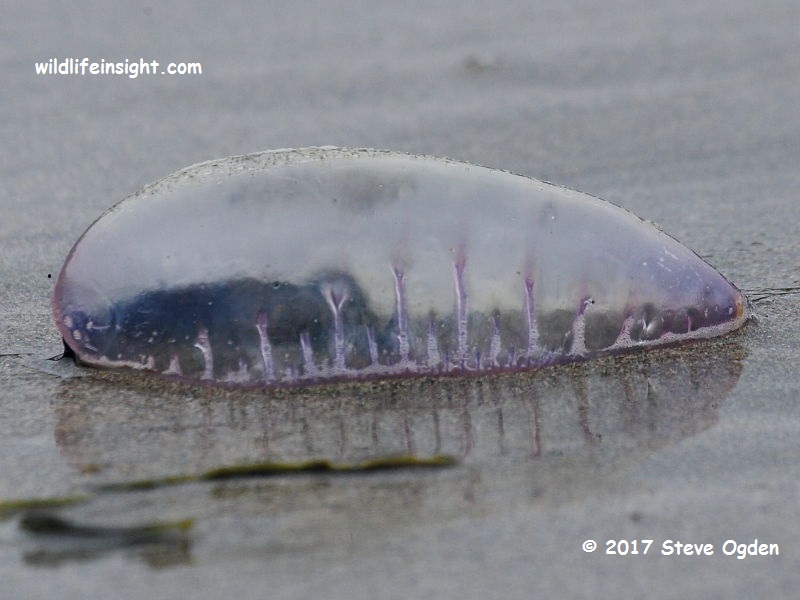 These jellyfish have stinging tentacles and visitors are warned not to touch them even when found stranded and apparently dead.

Portuguese Man Of War jellyfish are identified by their pasty shaped bodies and vivid blue tentacles.