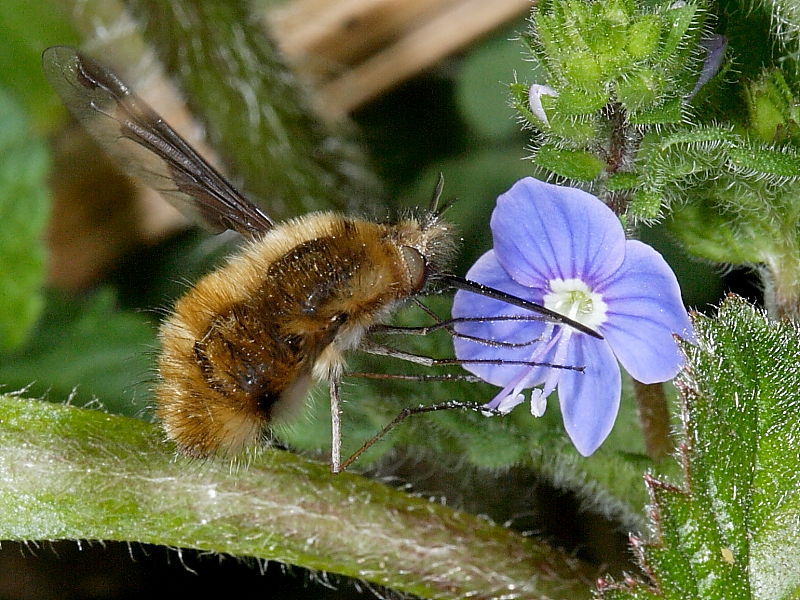 The Dark-edged Bee-fly and Dotted Bee-fly are the two species of Bee-fly most likely to be seen in the British Isles.

Hairy Bee like insects seen hovering at flower heads between March and June are likely to be Bee-flies, members of the Asilidae family of true flies.

The insects hover at flowers while sipping nectar from deep within the flower through an extended proboscis. 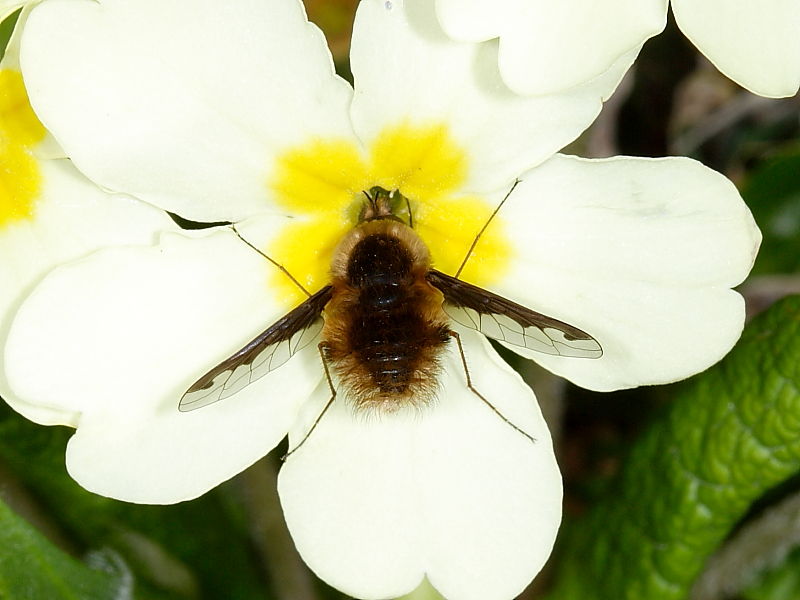 The Dark-edged Bee-fly is the commonest bee-fly in the British Isles.

It flies in a variety of habitats between March and June, mainly in the southern half of the Uk and Wales but also increasingly further north.

It’s easily identified when seen at rest by the black border to the leading edge of its wing.

The Dark-edged Bee-fly shown nectaring at a primrose was sighted in the Devon Wildlife Trust’s Marsland Reserve on the Devon and North Cornwall county boundary.

The scarcer Dotted Bee-fly (Bombylius discolour) is recognised by the black dots on the wings.

These are difficult to see when in flight but show well when resting.

It flies from March to May in varied habitats, mainly in the southern half of England and Wales.

The Dotted Bee-fly featured was photographed at Porthoustock, a small coastal beach on the Lizard Peninsular in south west Cornwall, UK.

The Lizard Peninsula is an area of outstanding natural beauty containing a rich diversity of rare flora and fauna set amongst some breath taking coastal scenery. Lizard Point is the most southerly point of the Uk and a great place for Seawatching for dolphins and seabirds. Sandy beaches on the Lizard include Kennack Sands and the picturesque cove of Kynance Cove