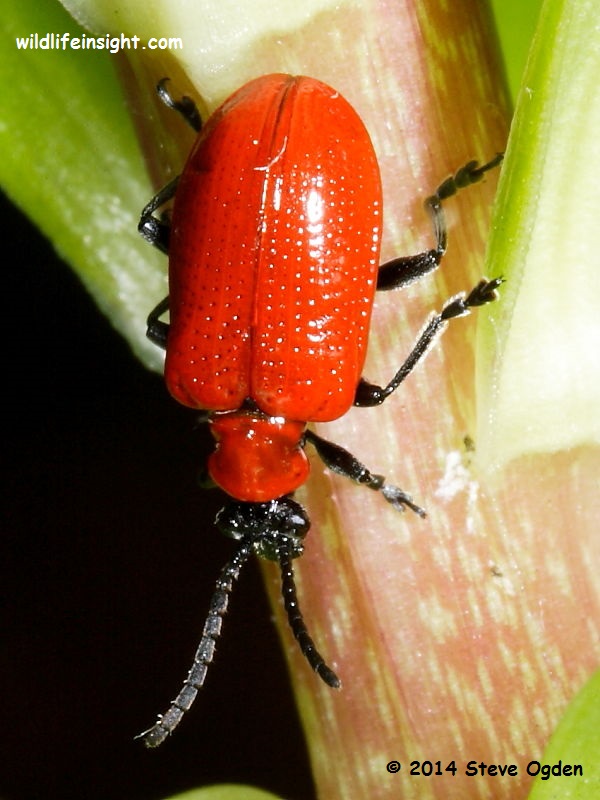 The Lily Beetle, also known as The Scarlet or Red Lily Beetle is one of the most destructive insect pests of lilies (Lilium species) and fritillaries (Fritillaria species)

This red beetle is widely distributed in temperate climates throughout Eurasia.

Having been introduced into North America in the mid twentieth century this beetle pest is now widespread in many US states and in parts of Canada.

In the Uk the Lily Beetle is widely distributed, being commonest in the southern half but with its range now extending northwards into Scotland.

Both the beetle and its larvae eat the leaves, flowers, stalks and seed cases of the host plant.

Its active from April to early September. 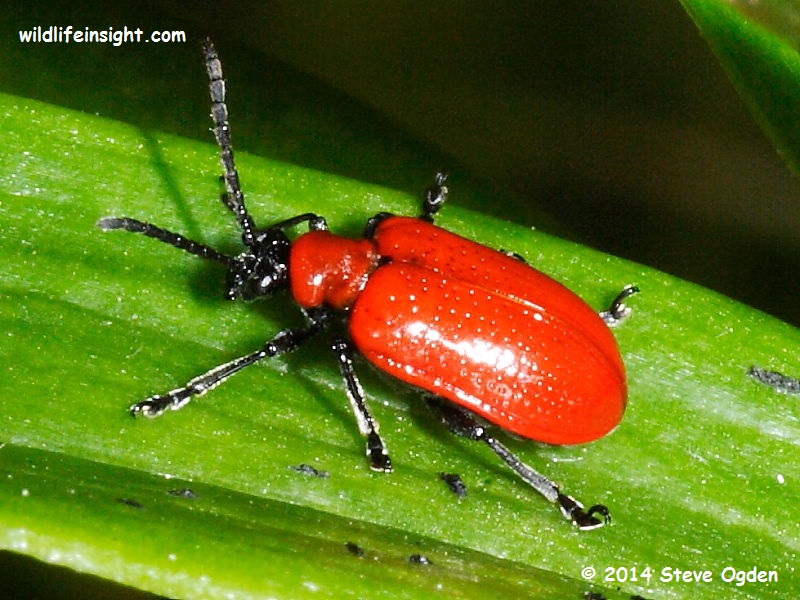 Identification of the Lily Beetle

The Lily Beetle is a conspicuous, bright red beetle of up to 7mm in length with black legs, antennae and head. 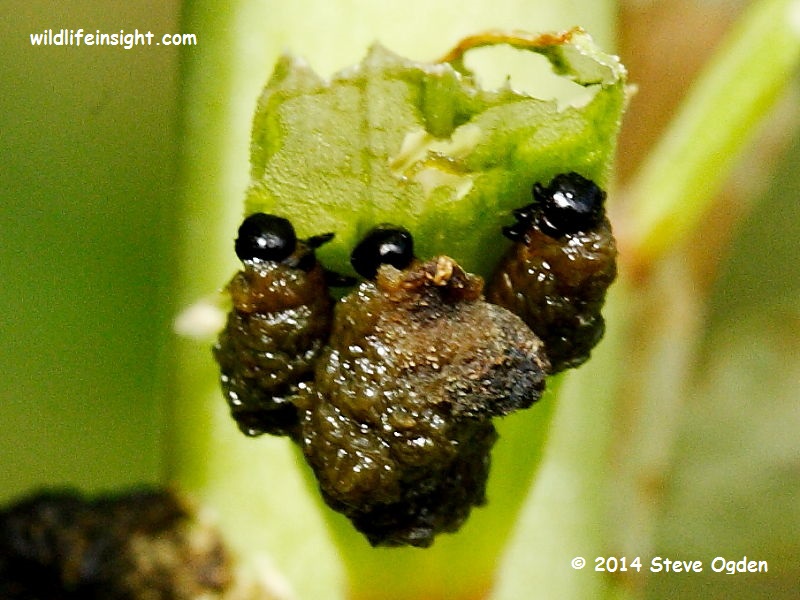 The Lilly Beetle larva is up to 11mm in length and carries a sack of excrement on its back.

Only the black head is likely to be seen protruding out of this sack of excrement which is considered to act as a deterrent to predators. 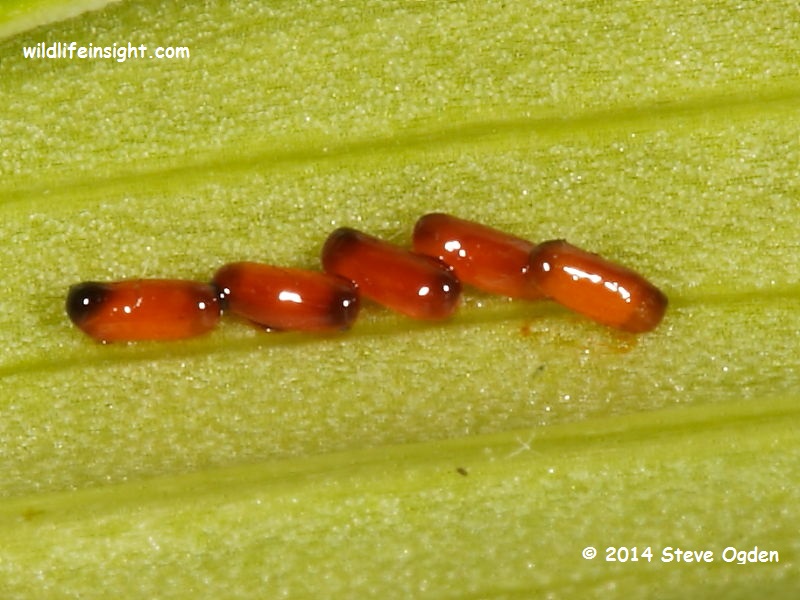 Where only small numbers of lilies are grown then regular inspections of the leaves should be carried out from late March.

If a red beetle is seen then more thorough inspections should take place to find any eggs.

The red eggs are easily spotted and removed before they can hatch. 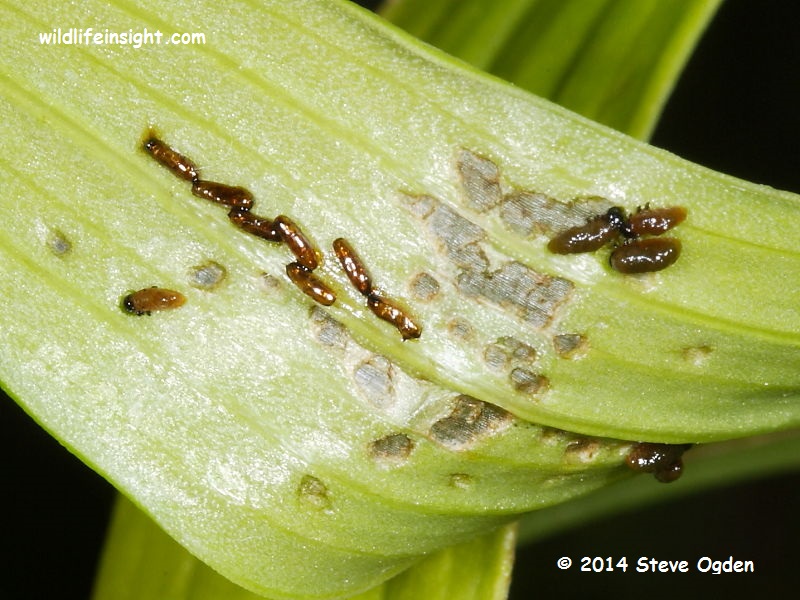 Early feeding signs of recently hatched larvae are fenestrations in the leaves, where only the underside, outer layer of the leaf is eaten.

Small, brown blotches and windows will be evident on the upper surface of the leaf.

The first signs of blotching and the larvae should be scrapped off and a full inspection carried out of other leaves. 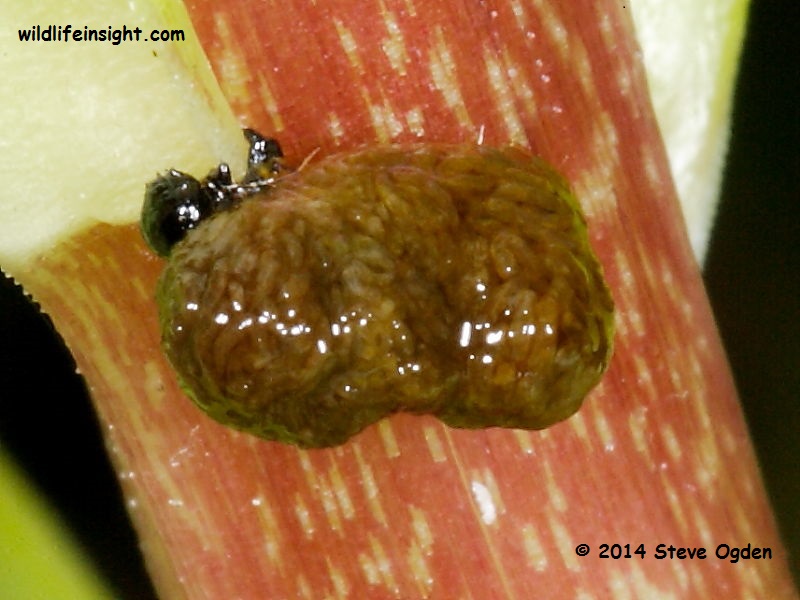 Other Pest caterpillars of lilies

Worldwide there are several species of moth caterpillars known for feeding on lilies.

The Lily Borer, Brynis crini is known worldwide for its destruction of lilies and other Lillium species.

In southern states of the US The Convict caterpillar are commonly found feeding on lilies and amaryllis.