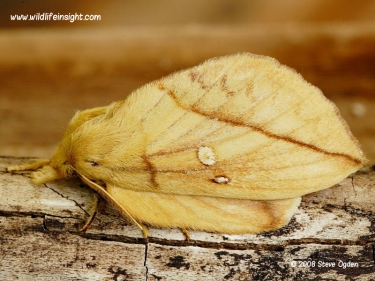 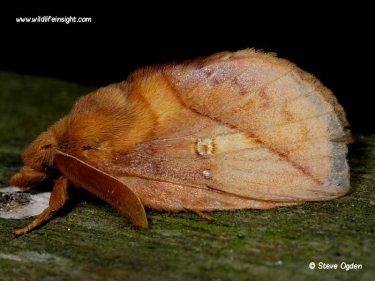 The Drinker Moth is found throughout much of the British Isles but commonest in the southern half of England, becoming less frequent further north.

Habitat includes a wide range of damp habitats particularly those with broad leaved, coarse grasses and reeds as well as being recorded in gardens.

The species is thought to have derived its name from the caterpillar’s habit of drinking dew from grass stems.

Both male and female are nocturnal and attracted to light. 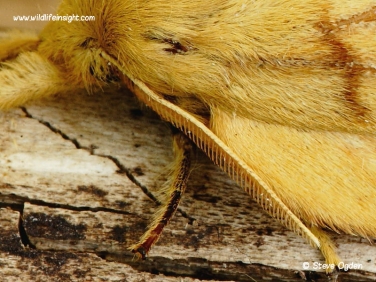 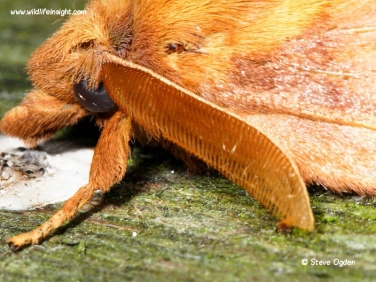 Identification of the Female and male Drinker moth

When seen at rest both male and female have wings held in a distinctive upright posture with part of the hindwing exposed below.

The female drinker is larger than the male with up to a 65mm wing span and having two white oval marks on light yellowish forewings and slightly serrated antennae.

The male Drinker moth is smaller with a wing span of about 45mm and having two white oval marks on brownish orange forewings and deeply combed antennae.

Other commonly seen moths and caterpillars of the Lasiocampidae family are –

Life cycle of The Drinker moth 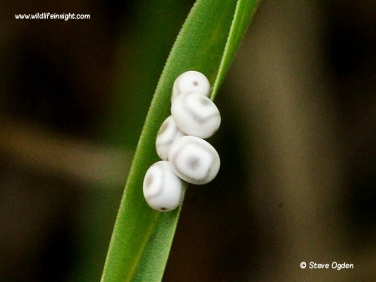 The moths fly in a single generation between July and August.

The female lays eggs in small clusters mainly on the stems of reeds and grasses but also on a variety of other plants. The image below is of two eggs found on a species of Cotoneaster in a Cornish garden which were then reared through.

The eggs hatch within about 10 days with the emerging caterpillars already distinctively marked. 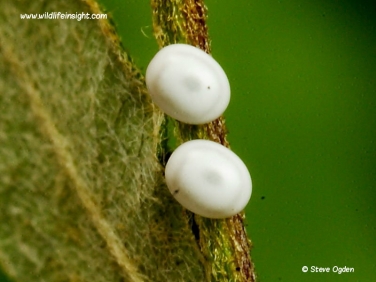 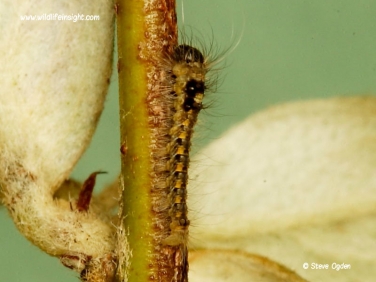 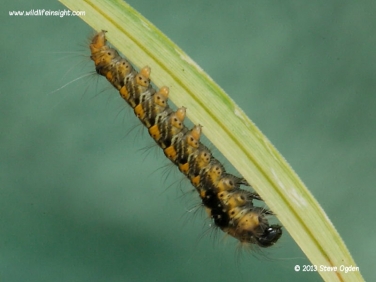 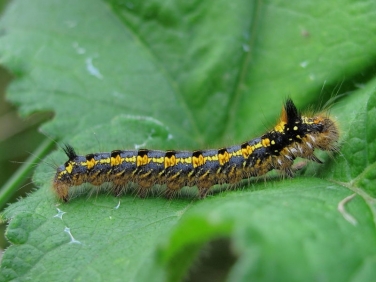 The caterpillars feed mostly at night but may be seen resting during the day on low growing vegetation and fence posts.

They overwinter when about 25mm long in sheltered places, often low down amongst grasses and reed stems. The distinctive dark tufts of dorsal hair close behind the head and near the end of the abdomen can be seen on instars prior to overwintering. 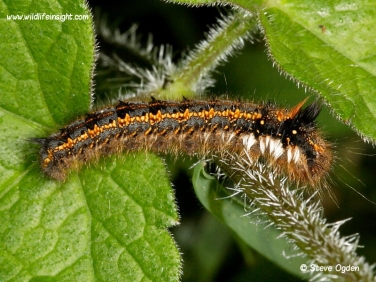 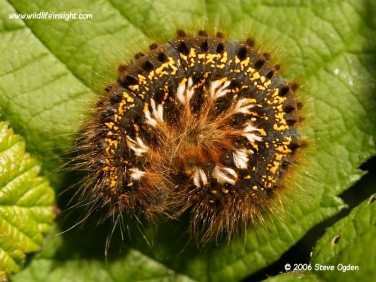 The fully grown caterpillars are about 70 mm in length and are frequently seen basking in sunshine on top of low lying vegetation.

Just prior to pupation they darken and become less active.

Pupation takes place on grass and reed stems inside a papery cocoon.

The cocoon featured was formed by a caterpillar reared from eggs laid by a female Drinker Moth attracted to light. Constructed amongst bramble leaves and stems it didn’t have such an elongated, papery structure as those formed in the wild by caterpillars on the stems of reeds.

Rearing Drinker Moths – caterpillars found in the Spring are easily reared but those over wintering can be difficult and best results are achieved by keeping outside amongst grasses and leaf litter. 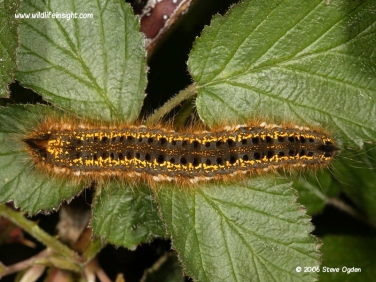 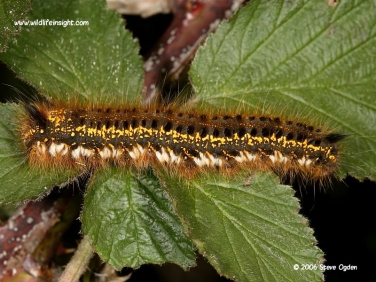 The caterpillars are susceptible to being attacked by parasites.

The parasitic larvae feed inside the host caterpillar until fully grown, when they kill the host and emerge.

The prepupating Drinker caterpillar featured was found by Graham Nichols on a reed stem beside a pond in Marden Meadow, Kent.

Graham returned several days later to see if it had completed its cocoon only to find no further development. A pale, trail of skin membrane attached to its body suggested it may have been parasitised.