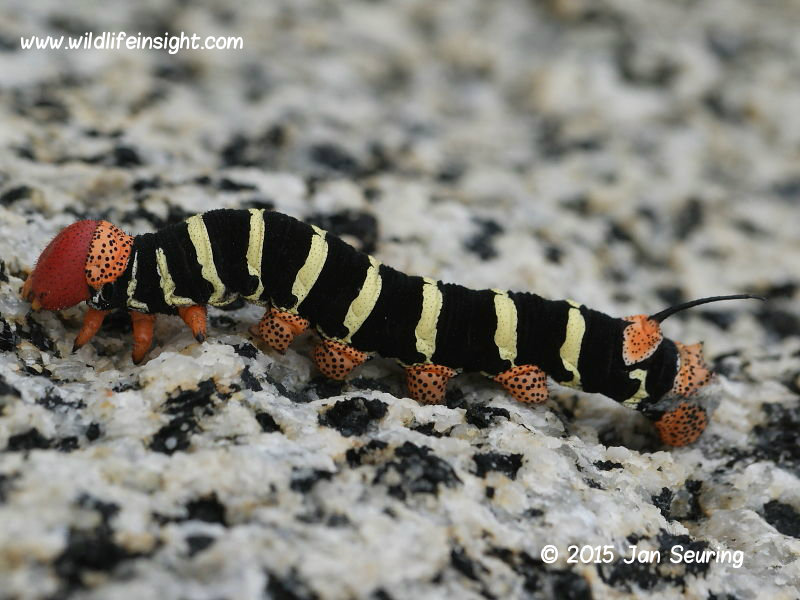 The Costa Rica Sphinx caterpillar, Pseudophinx tetrio, with its bold black and creamy white stripes, long whispy black tail horn, orange feet and red head is one the most distinctive Hawkmoth caterpillars in the world.

As its name infers it is resident in the South American country of Costa Rica but its range extends from tropical and sub tropical South America northwards through the Caribbean and into southern states of USA. The adult moths are also known as Tetrio Sphinx and Giant Gray Sphinx.

The Convict Caterpillar is another black and white striped caterpillar that could be confused with a small Costa Rica Sphinx Hornworm. 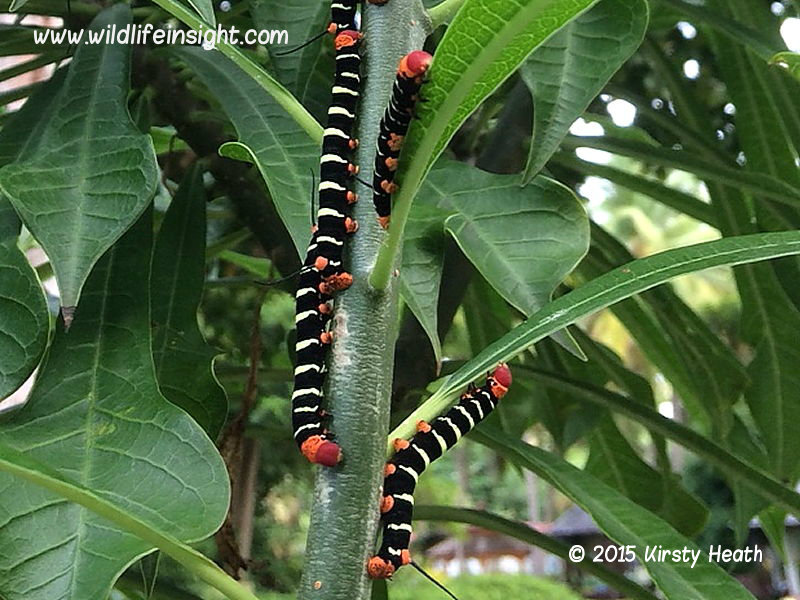 The highly conspicuous caterpillars are often sighted feeding on the leaves of trees and smaller shrubs in the dogbane family (Apocynaceae).

So frequently are they recorded feeding on Frangipani that in some southern states of the USA and Caribbean the caterpillars of the Costa Rica Sphinx moth are also known as Frangipani Hornworm.

Many Apocynaceae plants contain toxins which the caterpillars store in their bodies and use as a defense against predators.

Their bold red, black and contrasting pale stripes act as a visual warning to birds, reptiles and small mammals that they are distasteful 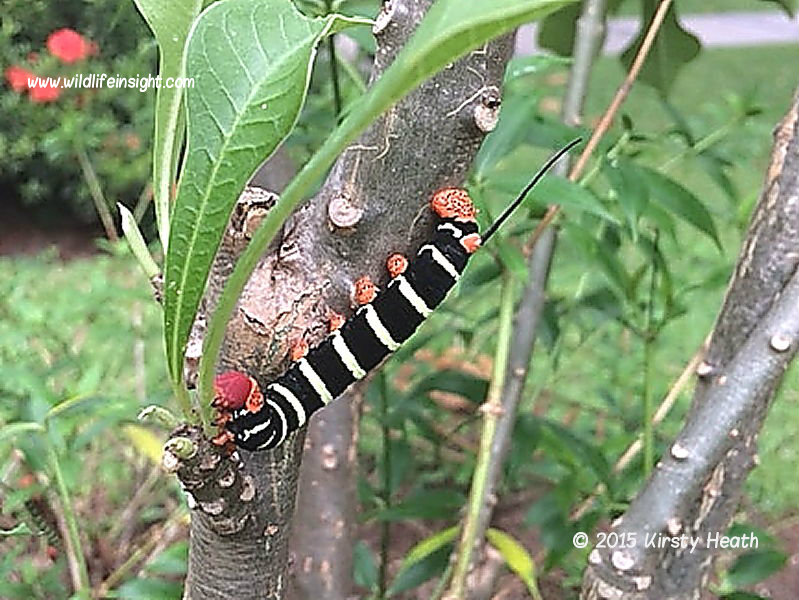 This protection against predation enables the caterpillars to feed conspicuously out in the open during the day.

And unsurprisingly they don’t go unnoticed! Emailed photos are frequently received of them requesting identification enquiries.

The high number of sightings received by those taking vacation in the Caribbean suggest the Costa Rica Sphinx is relatively common on Caribbean Islands and along the coast of Colombia.

In common with many caterpillars in the Sphingidae Hawkmoth family they leave the foodplant when fully grown and may be seen wandering over the ground in search of somewhere to pupate in the soil and leaf litter. 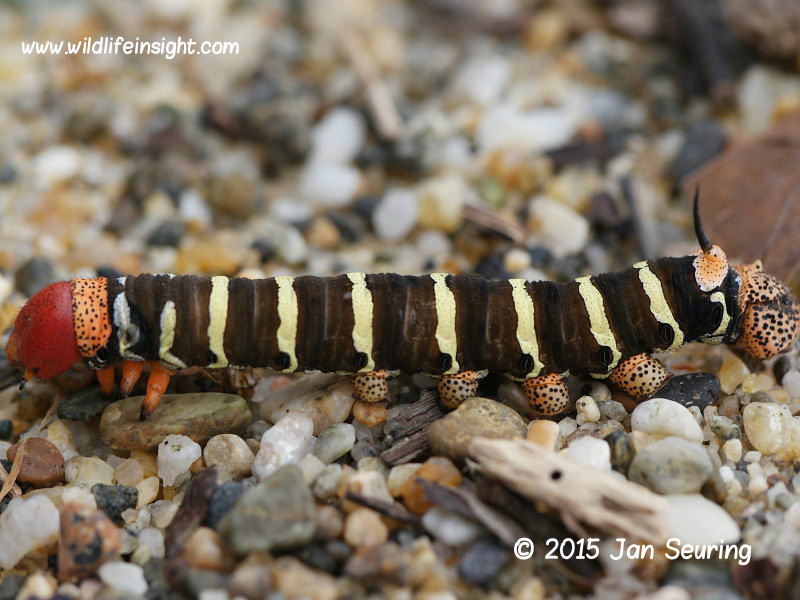 Thanks go to those who have sent in records and to Kirsty and Jan for sharing their photographs.