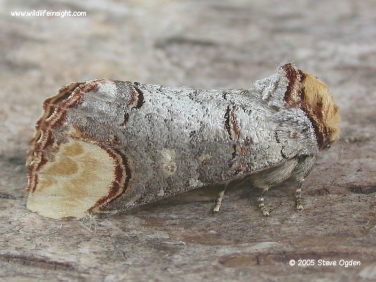 The Buff-tip is one of the most instantly recognisable moth species in the British Isles.

A common species throughout most of the British Isles, it is more numerous in the south.

Found in most habitats containing some deciduous trees including urban gardens, woodland and more open countryside.

The caterpillars feed on a wide range of deciduous trees including Oak, Sallows, Hawthorn and Blackthorn.

Identification of the Buff-tip moth 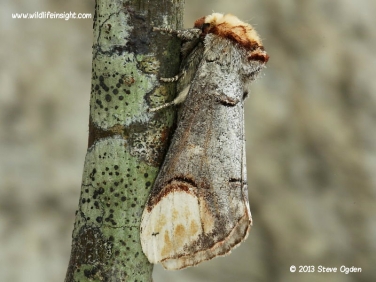 Length of forewing is variable, ranging between 22-34mm with the male being smaller than the female.

It is an unmistakably distinctive moth, cryptically marked to resemble a broken twig.

Similar species – none, it is unlikely to be confused with any other moth in the British Isles. 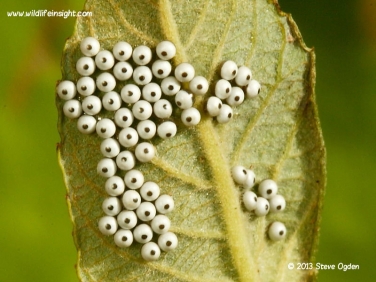 The adult moth flies at night in a single generation from May to early August and is attracted to light.

Eggs are laid in clusters on the underside of the caterpillar food plant and hatch in 14-21 days.

The caterpillars feed gregariously and can cause quite severe defoliation. They grow rapidly, having 4 instars and are fully grown in about 30 days.

Once fully grown they leave the food plant to pupate in the soil and over winter. 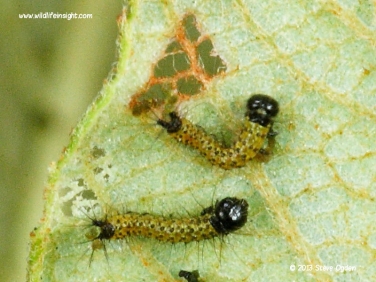 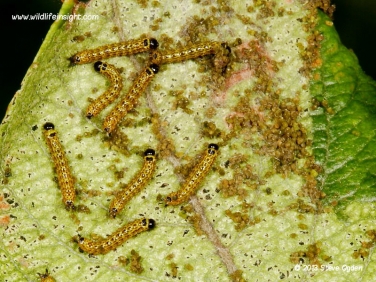 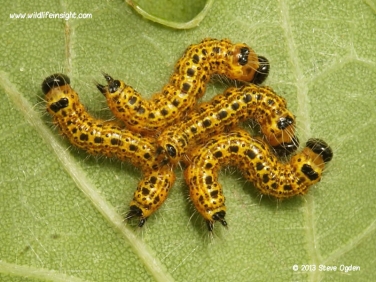 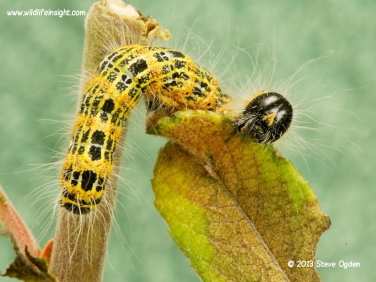 The Buff-tip caterpillar is easily recognised from other species found in the British Isles.

The fully grown caterpillar is up to 75mm in length and has a distinctive trellised yellow and black patterning with a covering of fine pale hairs.

The face is black with an inverted yellow V. Identification of early instar caterpillars is also possible from their yellow and black colouring. 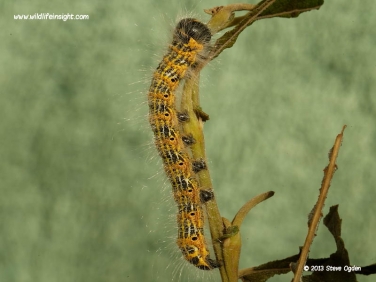 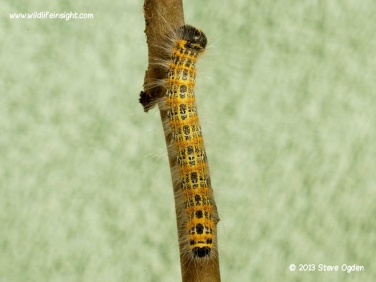 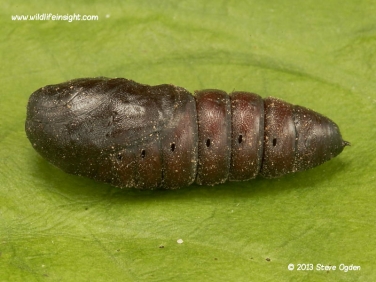 Rearing of the Buff-tip is easy. Eggs and caterpillars may be found in the wild and females lay freely in captivity.

Caterpillars can be located by the defoliation caused by their feeding and, when fully grown,on the ground as they search for a place to pupate.

The caterpillars require a thin bed of soil in which to pupate and overwinter. 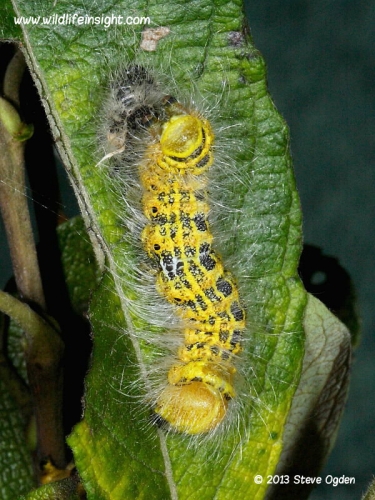 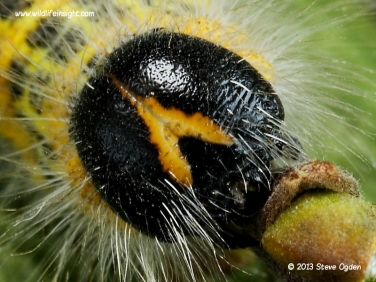 The caterpillars feed gregariously and can cause the significant defoliation of small trees, although not normally causing any permanent damage.

The most environmentally friendly way for gardeners to prevent caterpillars of the Buff-tip from stripping trees of leaves is to remove them either as eggs or when small and clustered together. The parts of the plant holding them can then be gently cut off and transferred to another larval food source. When larger they may have to be picked off individually wearing gloves.

Please note the hairs of the some caterpillar can cause skin irritation so care should be taken if moving them.