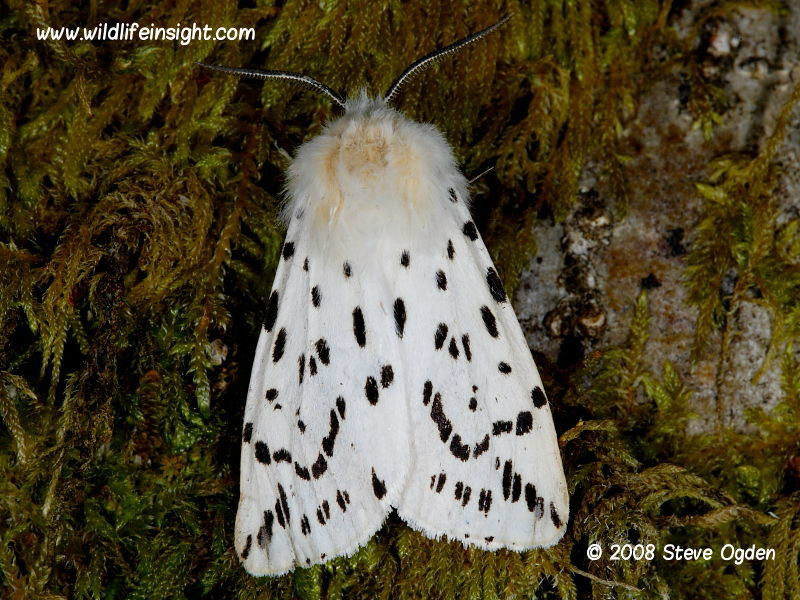 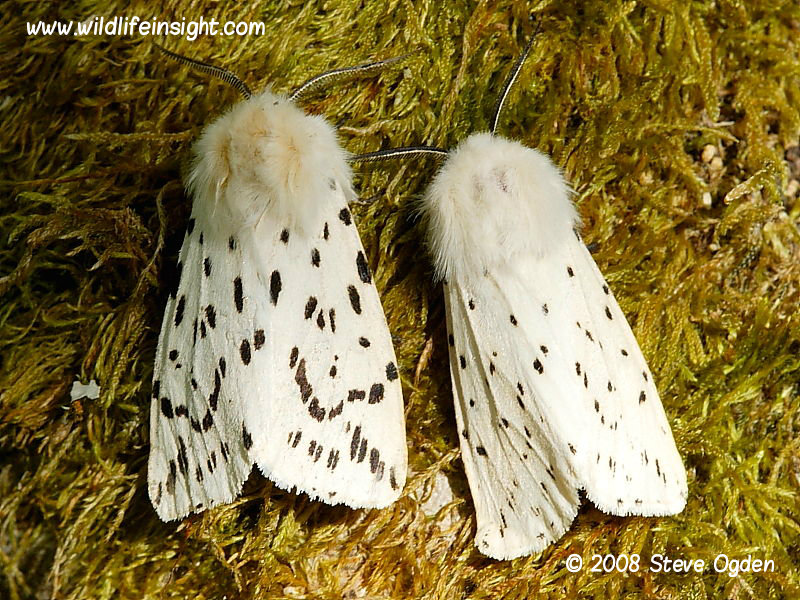 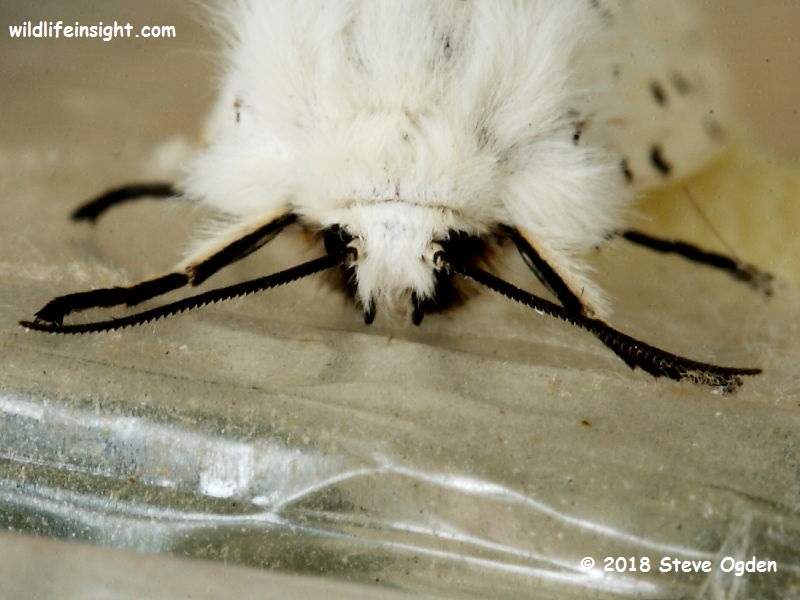 The White Ermine Moth is a common species throughout much of the British Isles. The species flies mainly in a single generation from May to July with an occasional second generation in southern regions.

The adult moth has a wingspan of approximately 40 mm. Forewings are white with a variable number of black spots.

Both male and females are attracted to light. 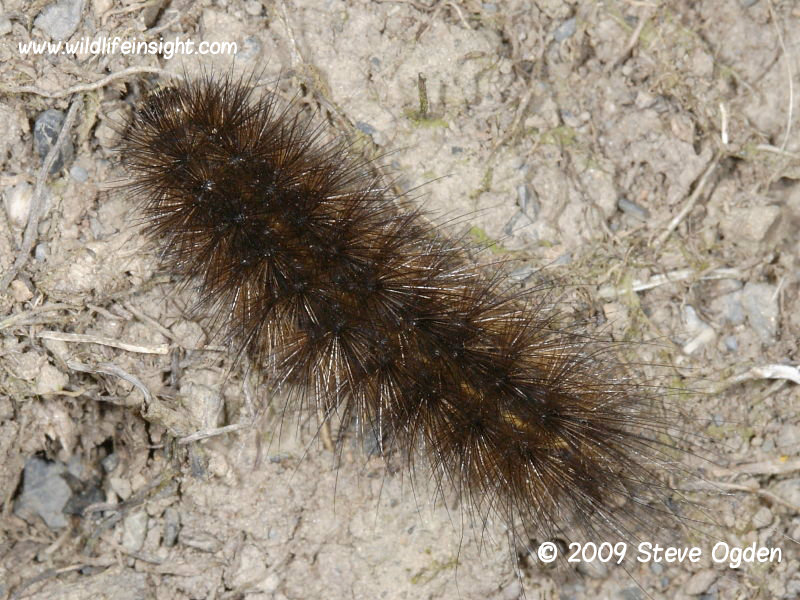 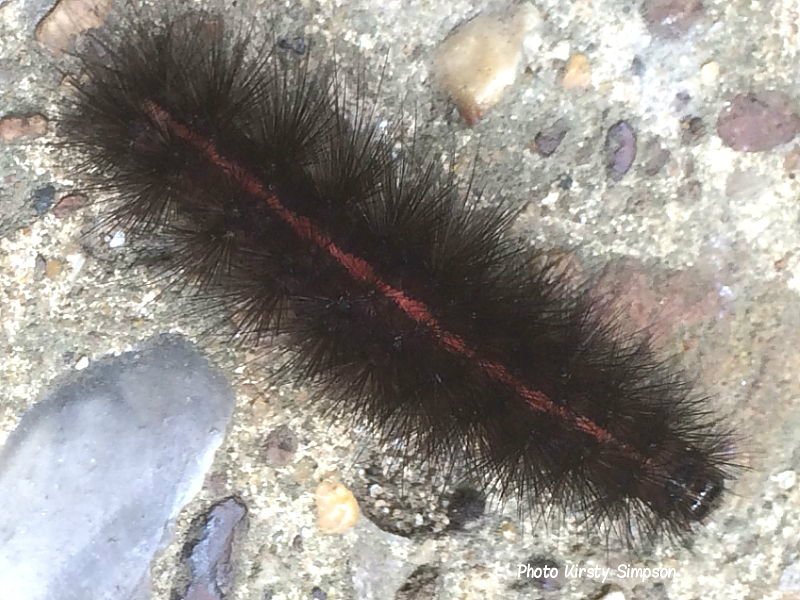 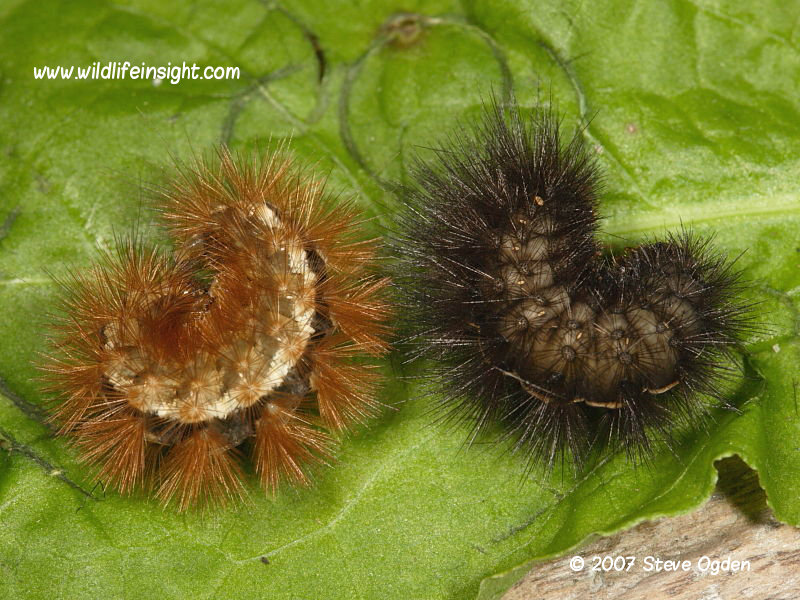 The White Ermine caterpillars grow to approximately 40 mm in length, feed on a wide variety of herbaceous plants and are very easy to rear.

The colour of the dorsal line of the fully grown caterpillar may be either red, orange or quite pale.

The similar Water Ermine, Spilosoma urticae, is a localised species largely restricted to fens, marshland and coastal areas in the south east of the UK.

The White Ermine brood featured below were reared from eggs laid by a female attracted to light.

Eggs hatched in 4/5 days and the caterpillars were fully grown in 25 days. 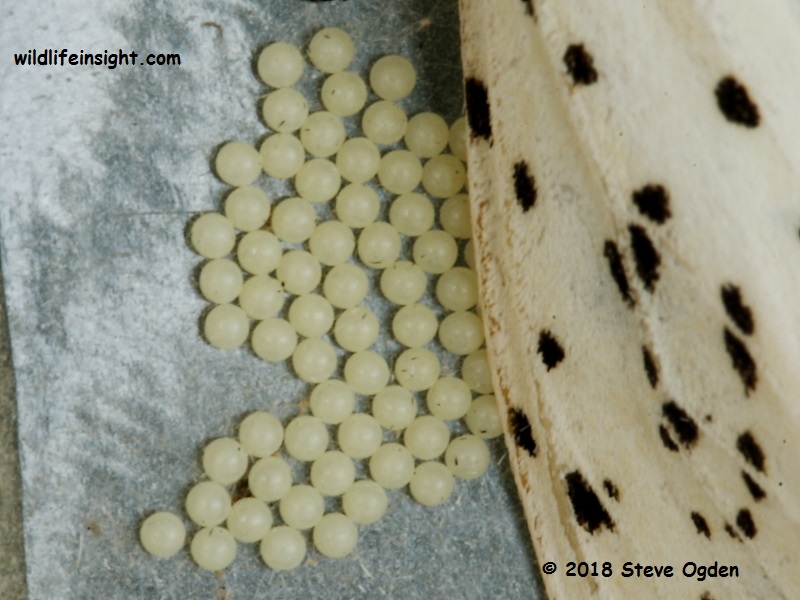 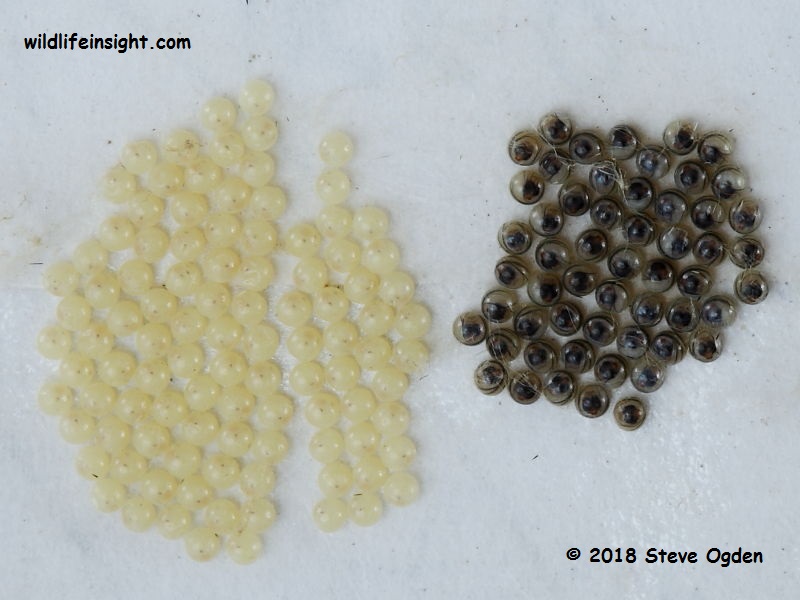 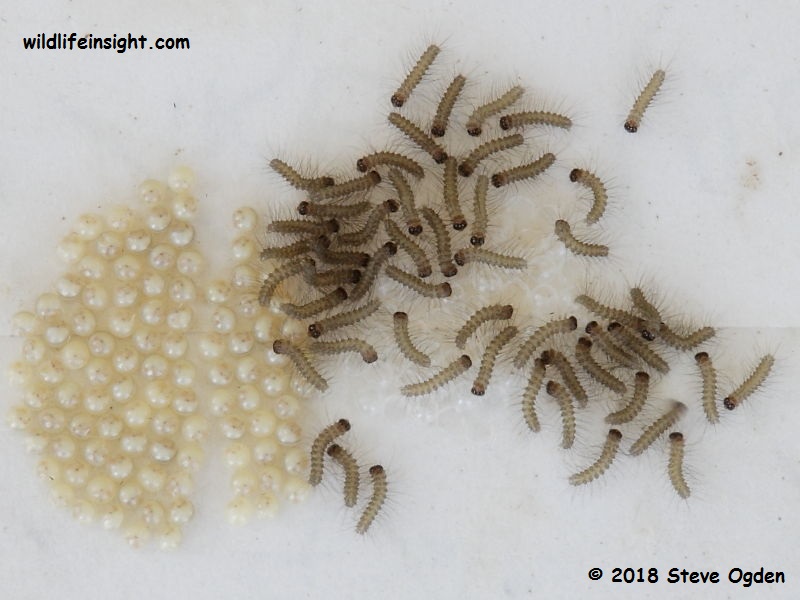 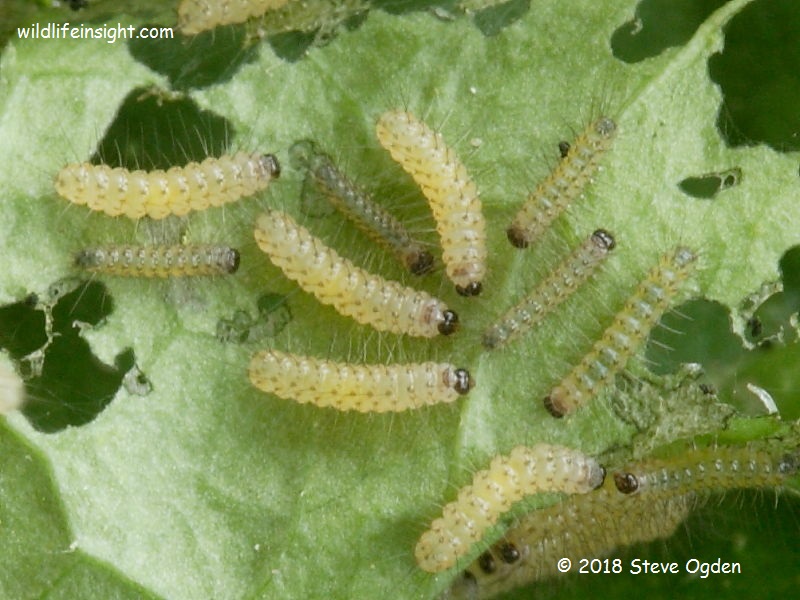 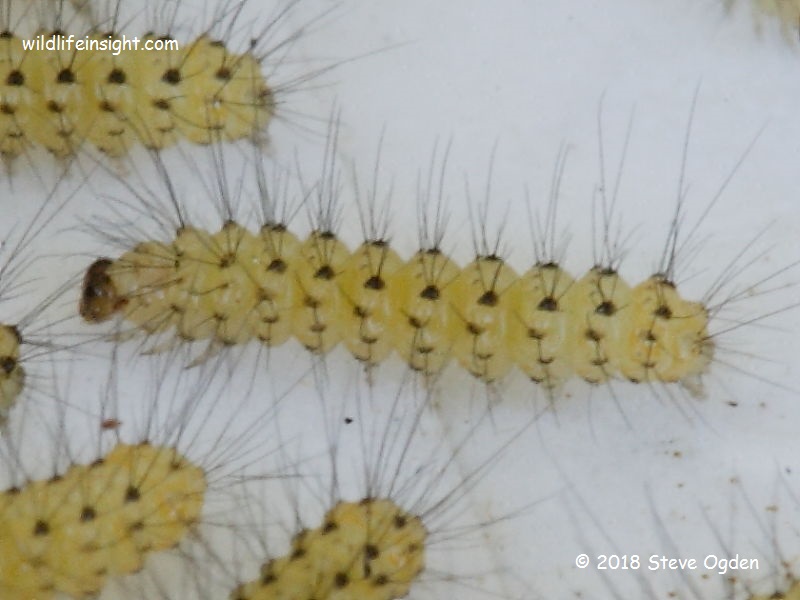 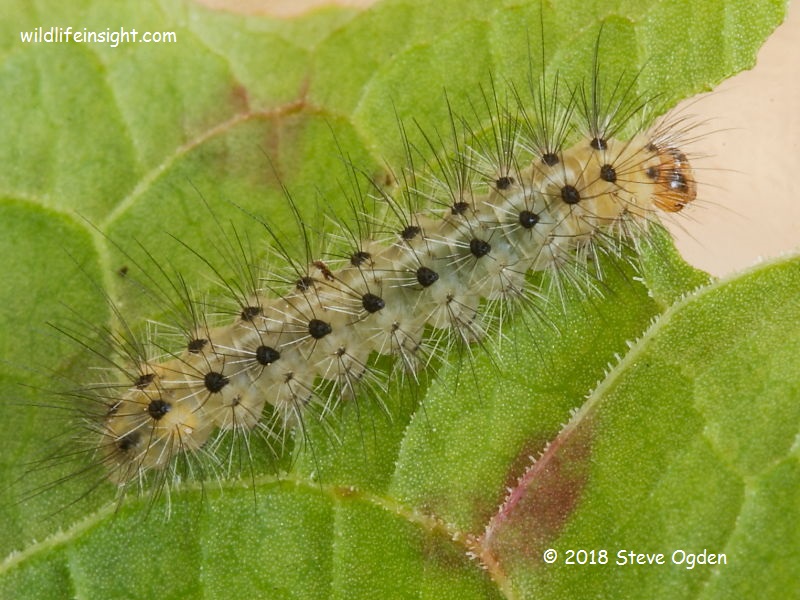 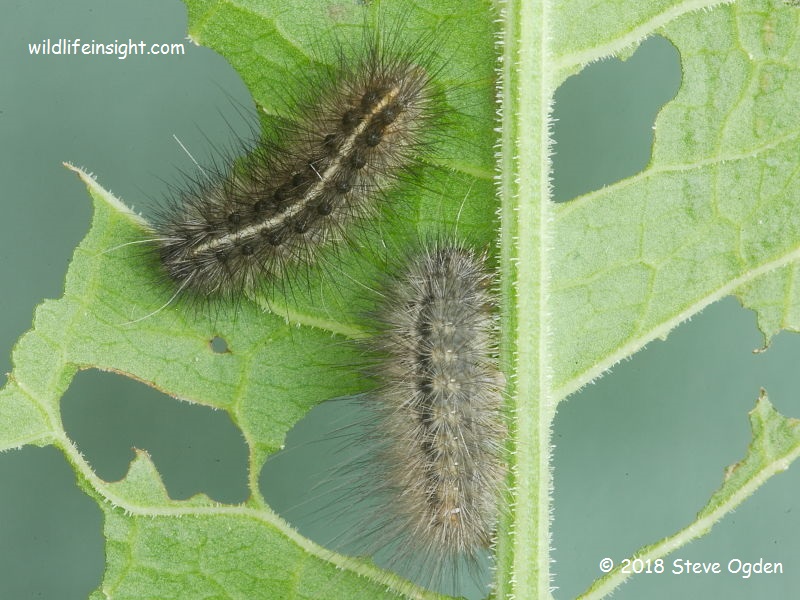 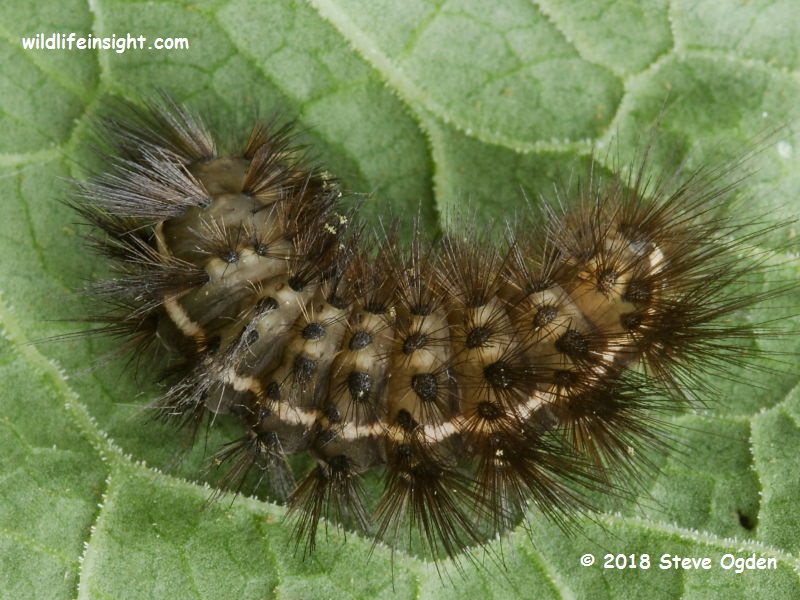 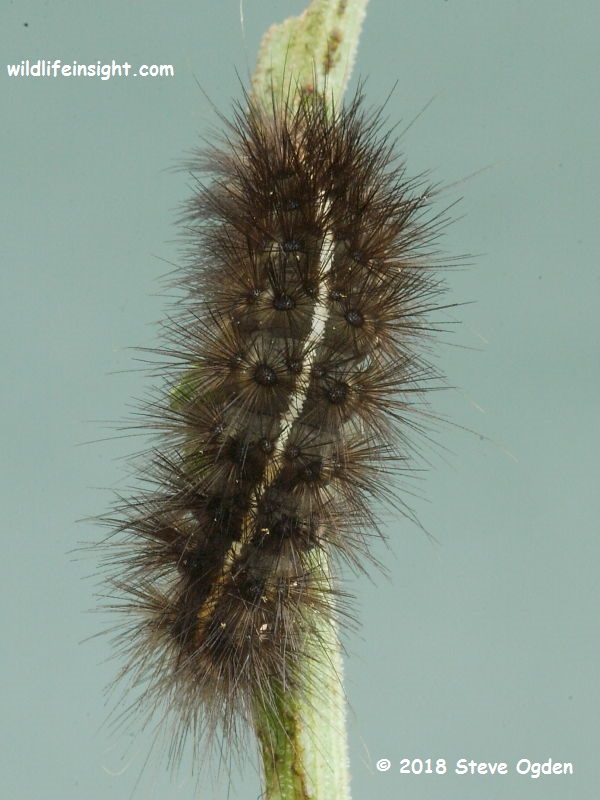 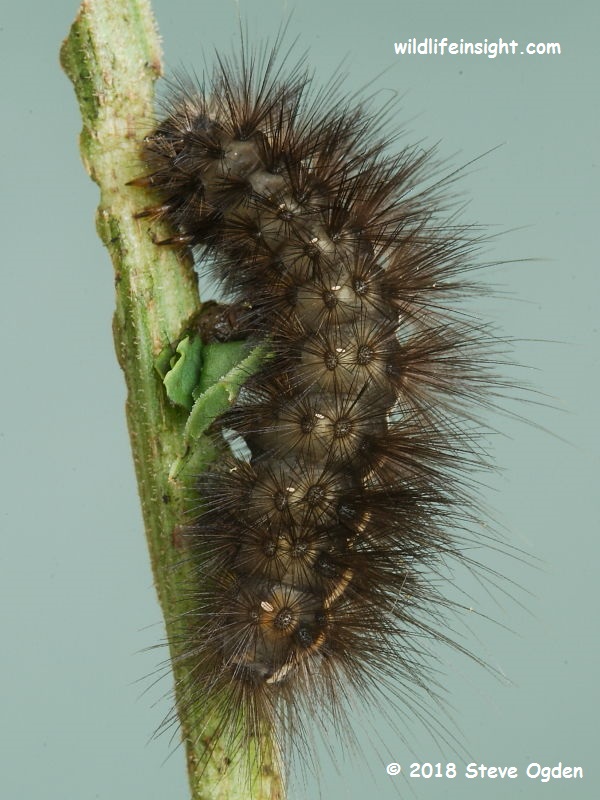 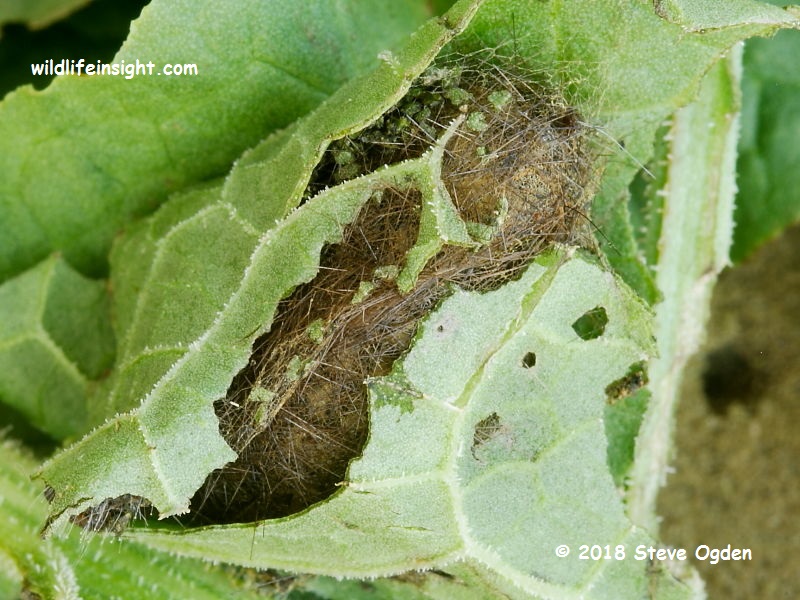 The fully grown caterpillars are often seen racing over the ground in search of a pupating site.

The overwintering cocoons are formed amongst plant and leaf litter.

The cocoons overwinter and hatch in May. 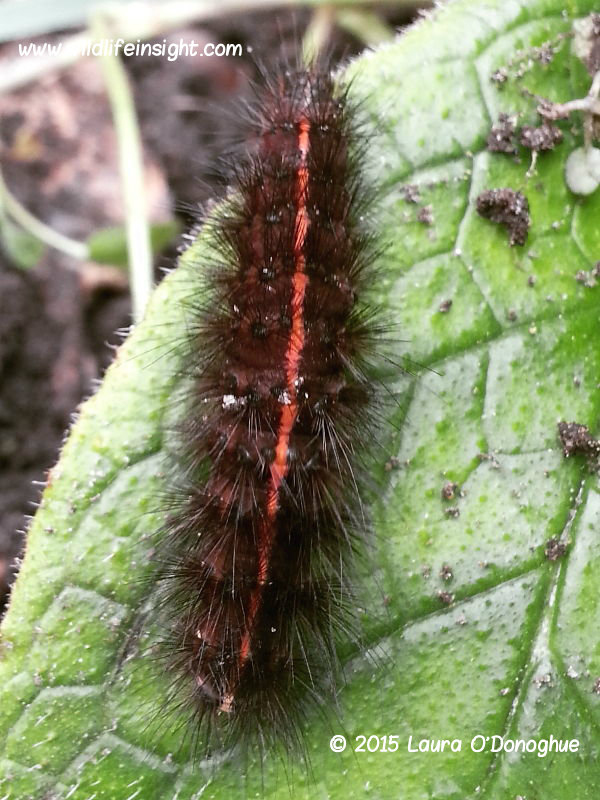 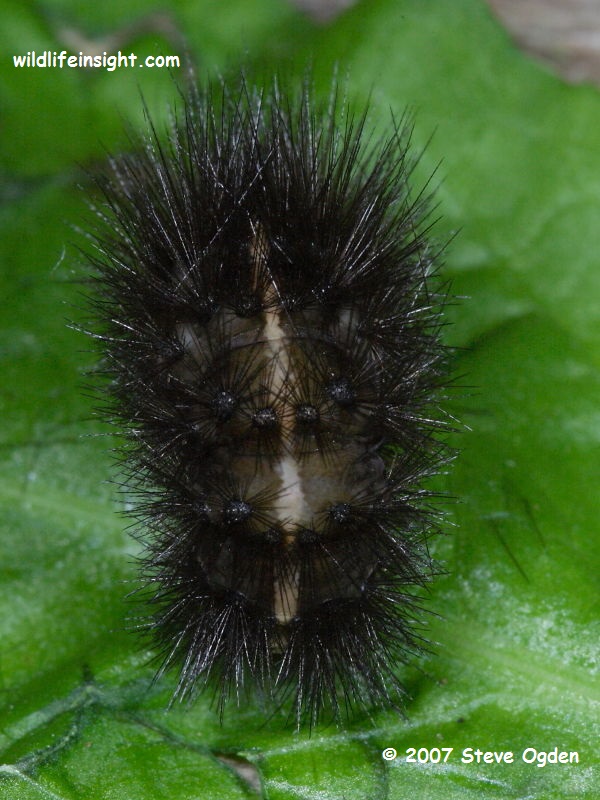