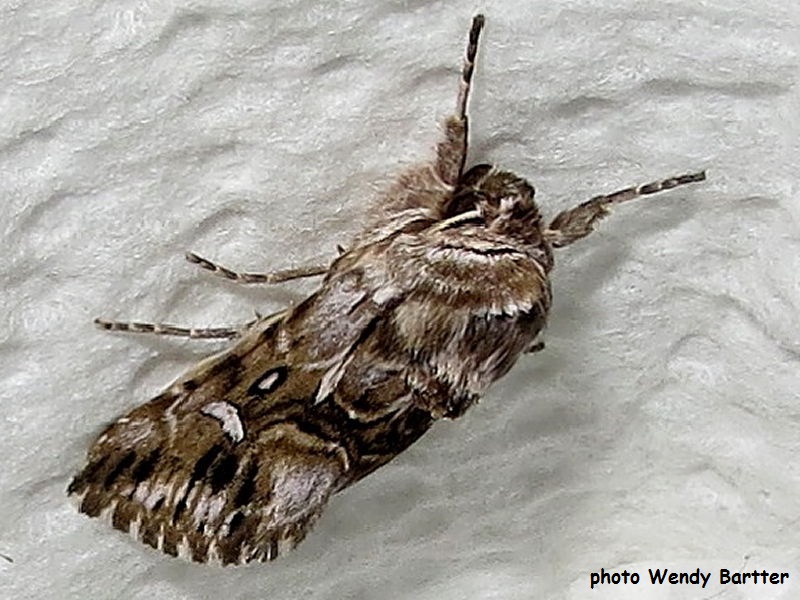 The Toadflax Brocade is distributed throughout much of continental Europe and parts of North America.

In the Uk migrants from the European continent began colonising the south east during the second half of the 20 century and in recent years the species has been extending its range. 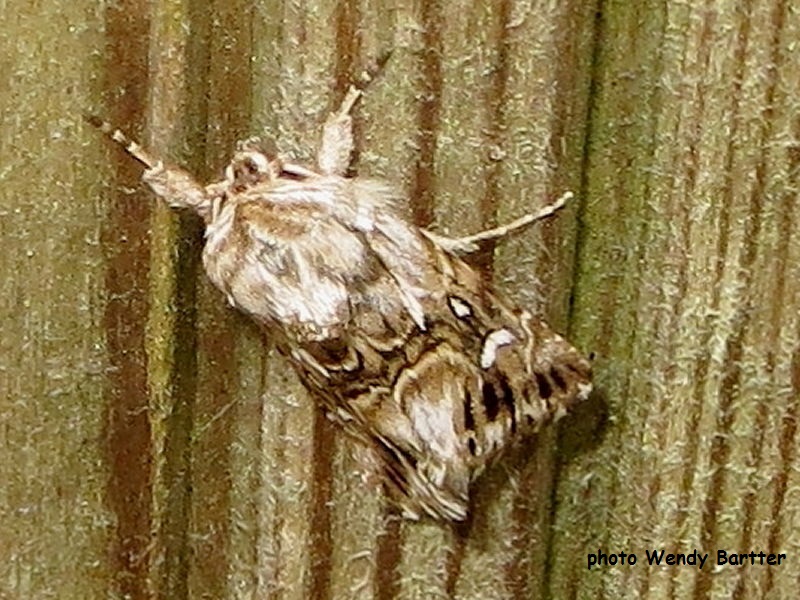 In the Uk the Toadflax Brocade has two generations flying from May to July and July to August.

The moth has a forewing length of c 15mm with distinctive white markings.

Those shown were reared by Wendy Bartter from caterpillars found feeding on toadflax in her garden in South East England. 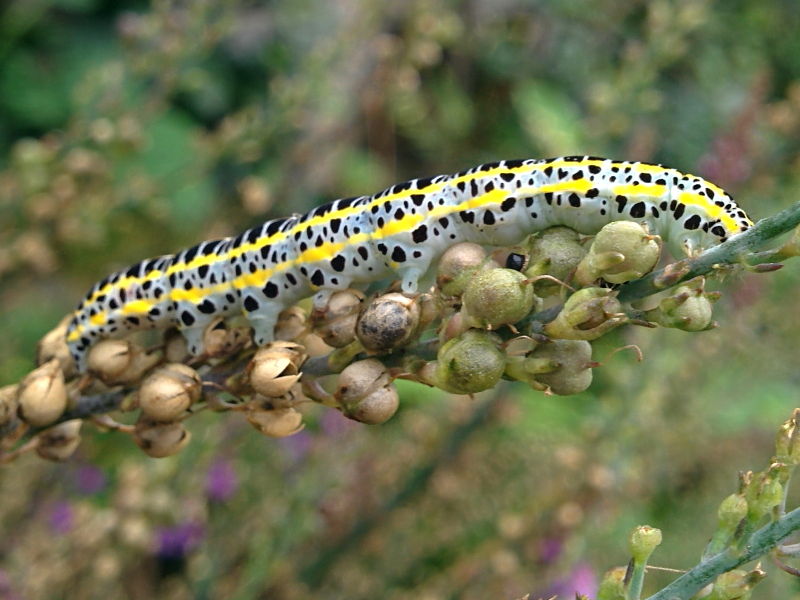 The distinctive caterpillars of the Toadflax Brocade grow to c 35mm and have black and yellow markings on a bluish-grey body.

The larval foodplants are species of toadflax, one of the most common being Linaria vulgaris, The Common Toadflax, also known as Yellow Toadflax and Butter and Eggs.

Caterpillars in the UK are also commonly recorded on Linaria purpurea, The Purple Toadflax.

This attractive plant seeds freely in gardens, along pathways, beside roads and on wasteland.

The photographs shown left and below were taken by James Morgan of Toadflax Brocade caterpillars recorded on Purple Toadflax in his Epsom garden. 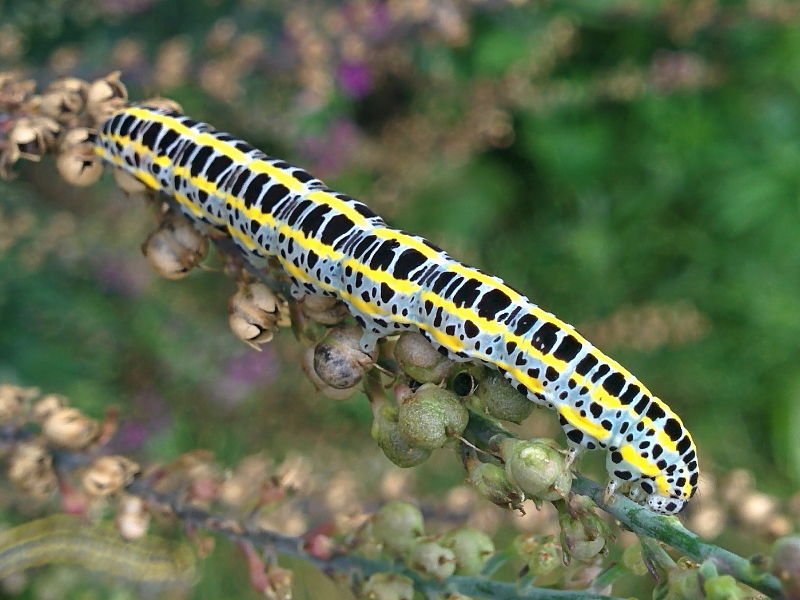 Tim Cox recorded a Toadflax Brocade caterpillar in his Peterborough garden. This was some distance from the main south eastern populations and unusually recorded on Enchanter’s Nightshade.

Other photographs shown are of sightings received from Richard Beach and Sarah Clarke from their gardens in Kent and David Perkins in London who found many caterpillars feeding on Vervain.

Neither Vervain or Enchanter’s Nightshade appear to be listed as larval foodplants so anymore records of the larvae feeding on these would be of particular interest. 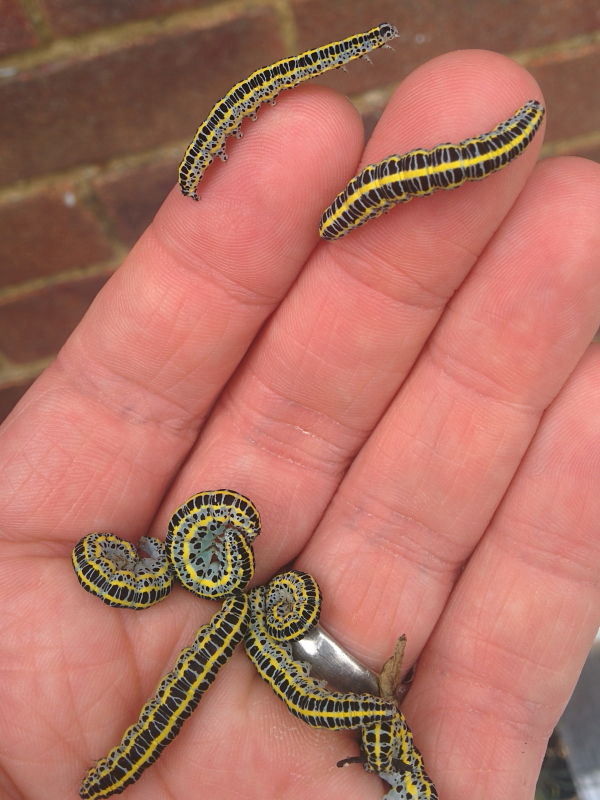 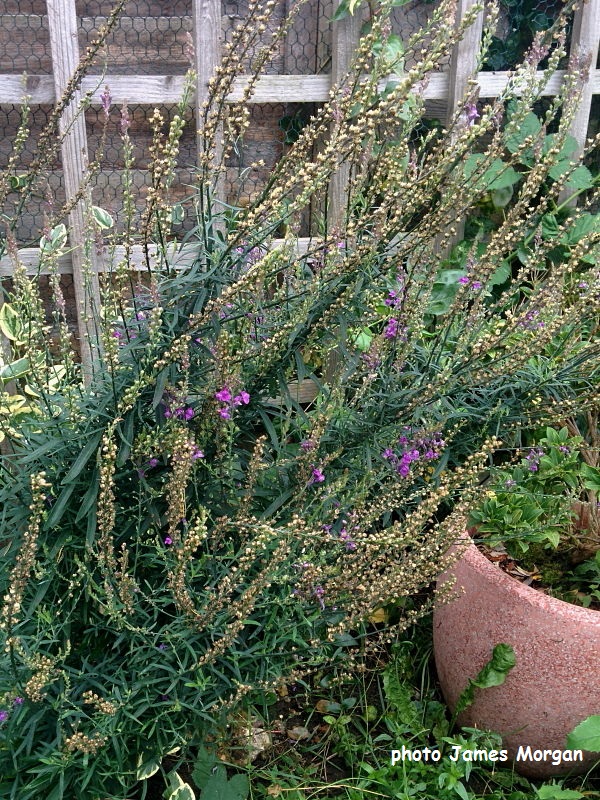 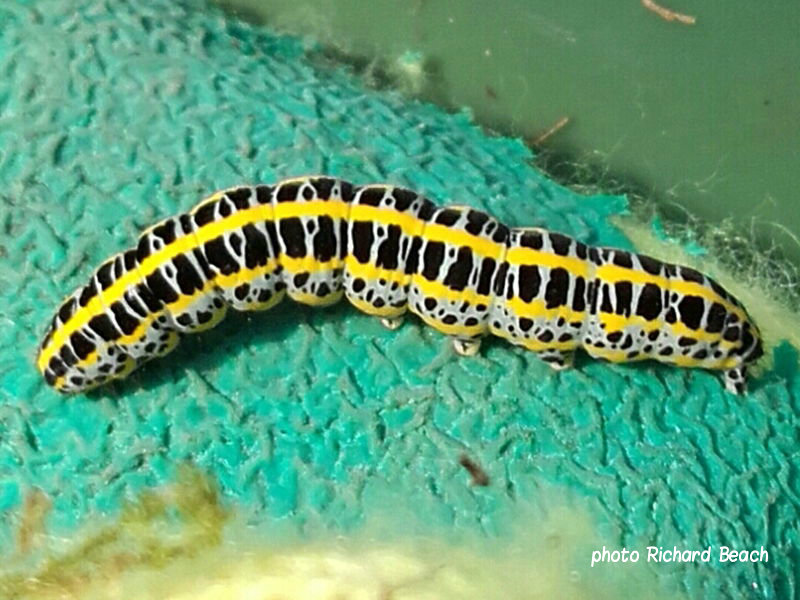 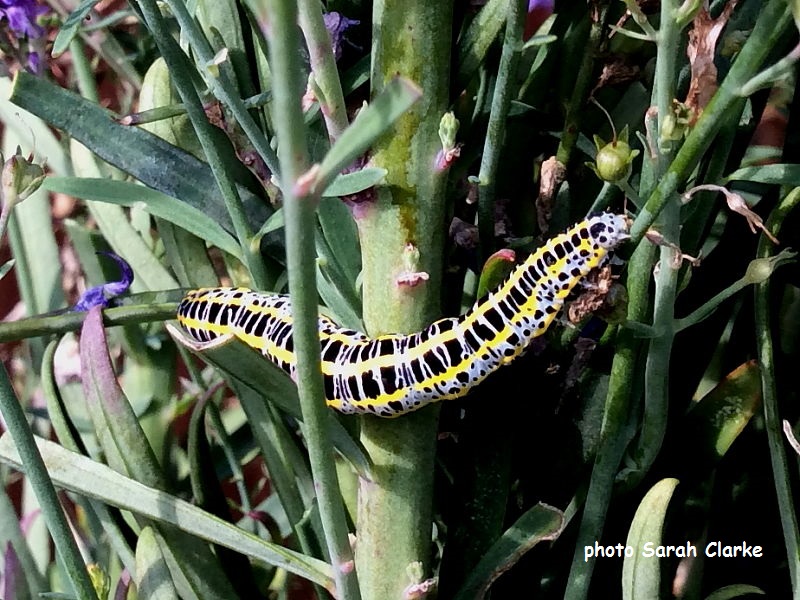 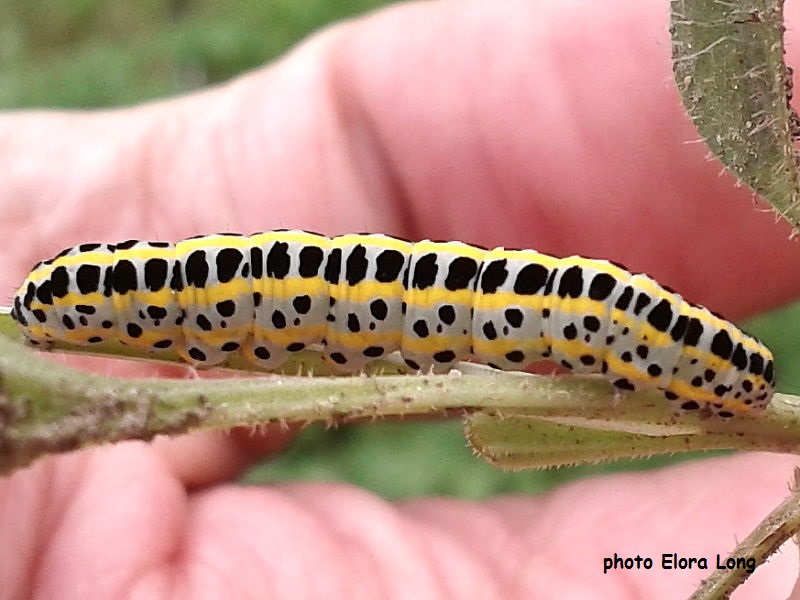 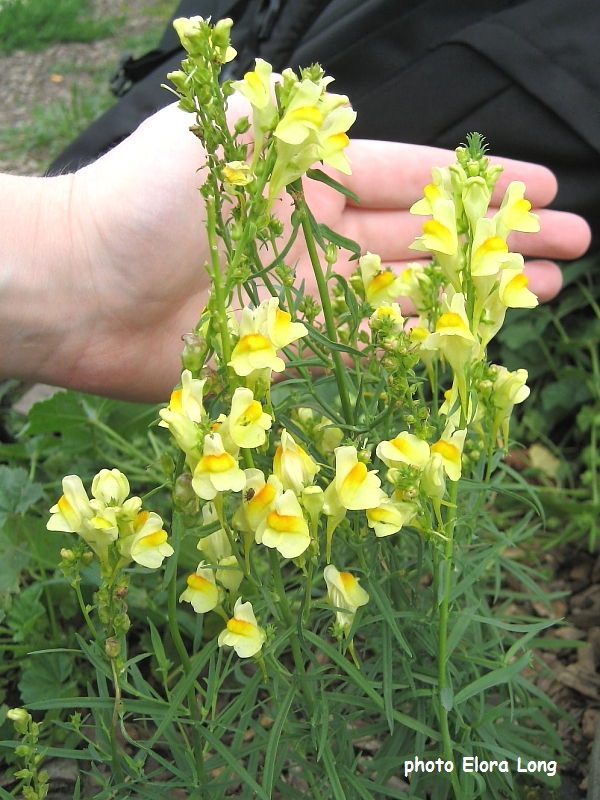 The Toadflax Brocade was introduced into Canada as a weed control of Linaria vulgaris, The Common Toadflax, also known as Yellow Toadflax and Butter and Eggs.

Since its introduction it has spread southwards into the US states of Ohio and New England – ref David L. Wagner Caterpillars of Eastern North America.

Elora Long of Ontario, Canada sighted the caterpillar shown above in her garden where both purple and yellow flowering toadflax species grow. Elora knows the yellow flowering plant shown as ‘buttercup’. 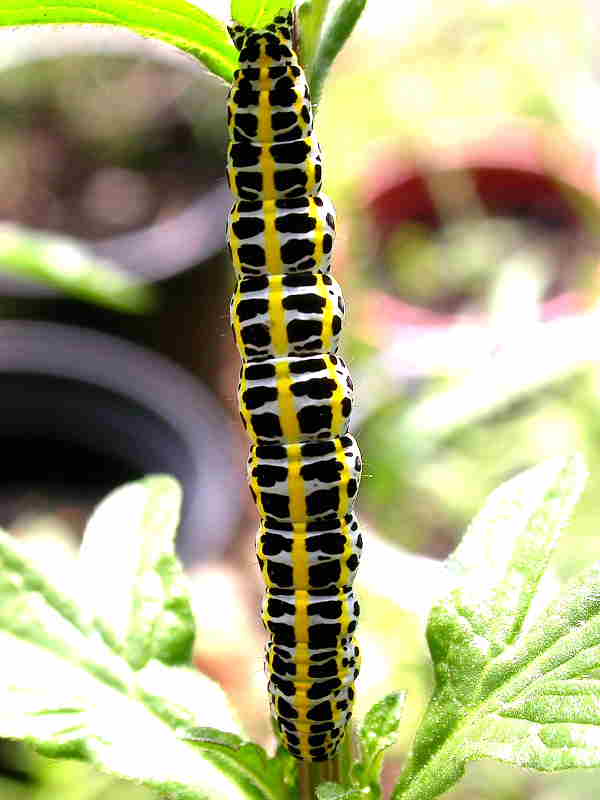 The photo left shows one of several Toadflax Brocade caterpillars found by David Perkins feeding on vervain in a wild garden area at Roots and Shoots, Lambeth, London

The Mullein Moth caterpillar is also yellow and black and commonly found in gardens. There are also several other Calophasia moth species in Europe with very similar caterpillars.