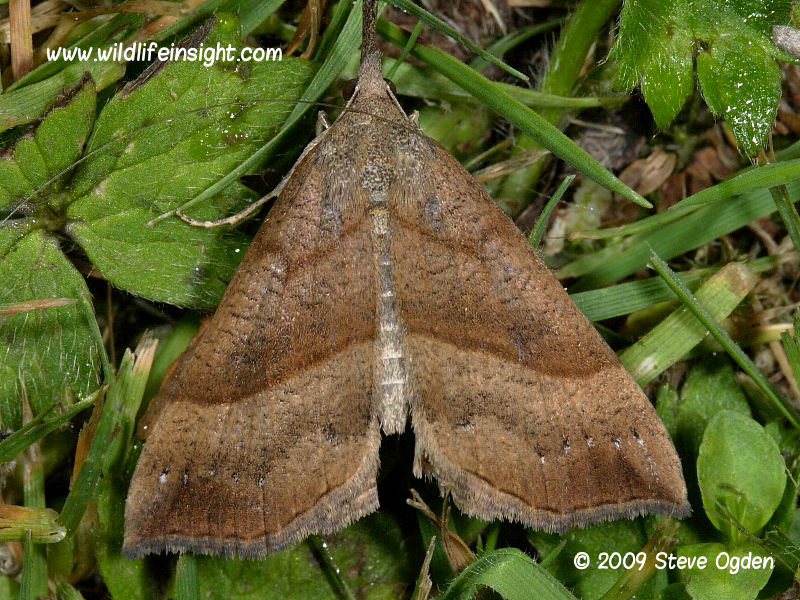 The Snout, Hypena proboscidalis, is a common species of moth found throughout much of the British Isles and Europe.

In warmer southern parts of the UK there are two generations from June-August and mid August-October when it is attracted to light. 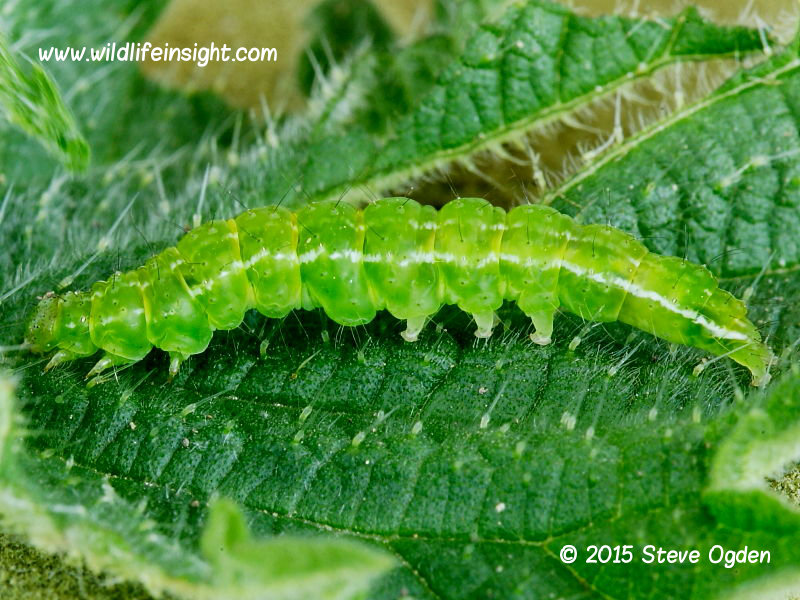 The Snout caterpillars grow to c 28 mm in length and feed on common nettle.

The proleg on the 6th segment is rudimentary.

In the south the caterpillars of the later brood overwinter when small.

Photographs shown are of different sizes of Snout caterpillar found on common nettle in South West Cornwall at different times of the year.

See information on the similar Bloxworth Snout caterpillar which also feeds on common nettle and is also found in southern coastal regions of the UK.

The caterpillar pupates in a cocoon spun amongst the plant leaves.

They are very easy to rear with moths emerging within 2-3 weeks.