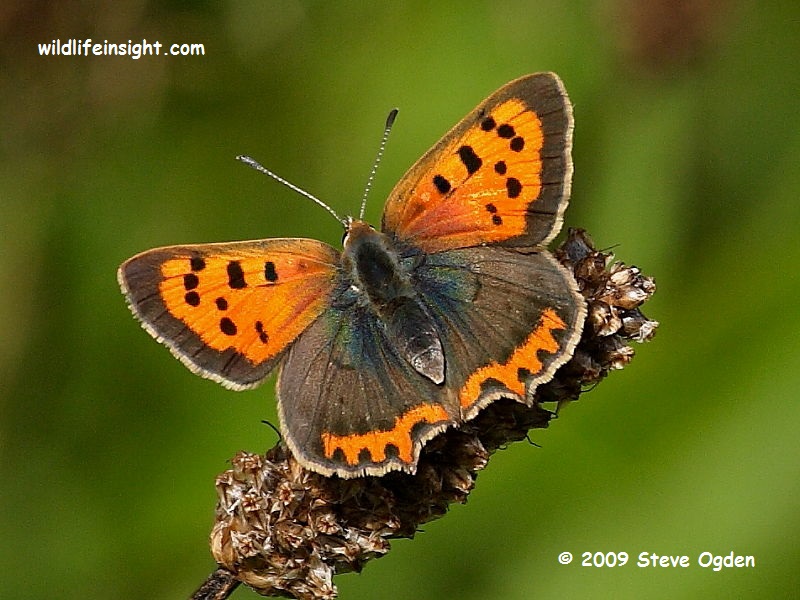 The Small Copper Butterfly (Lycaena phlaeas) is found throughout much of British Isles, Europe and North Africa.

This little butterfly is found in small numbers in a wide variety of sunny open habitats such as woodland rides, hills, commons and grassy coastal cliff tops.

The males are restless, highly territorial and easily disturbed. The butterflies are often seen basking on bare ground and nectaring on a wide variety of flowers such as knotgrass, fleabane, dandelions, buddleias and heathers.

During good summers in the British Isles the Small Copper may have several generations between April and October, with the last generation overwintering as a caterpillar. 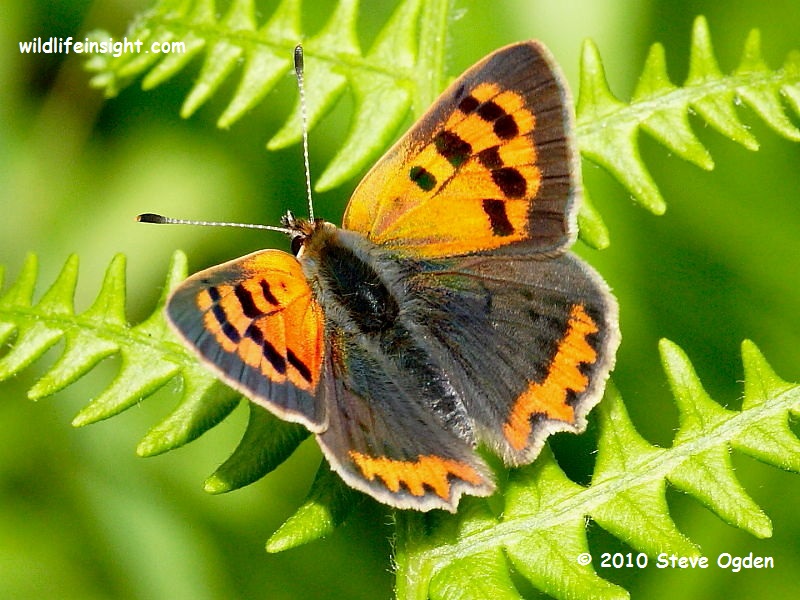 With good views there are no other species in the British Isle that the Small Copper Butterfly can be easily confused with.

Wingspan ranges between 30 – 35mm with females slightly larger and with more rounded forewing tips than the males.

Butterflies commonly seen in gardens in the British Isles are – 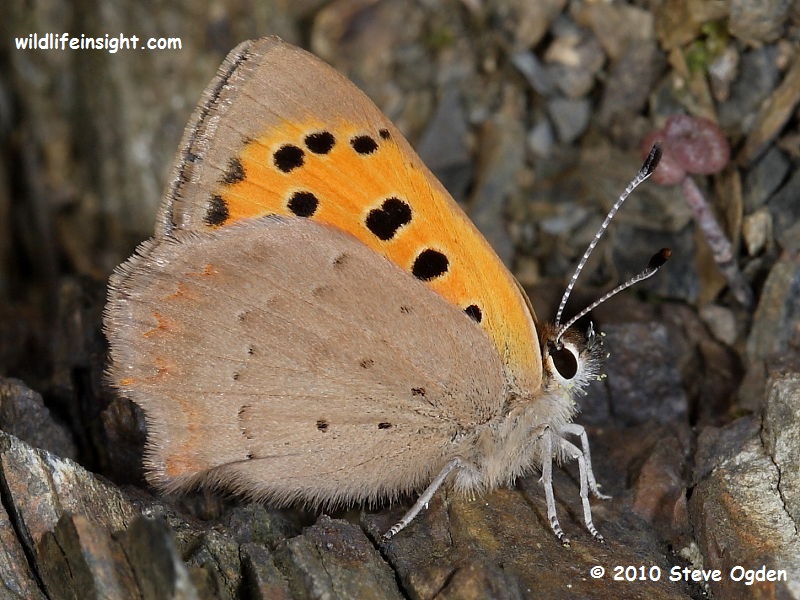 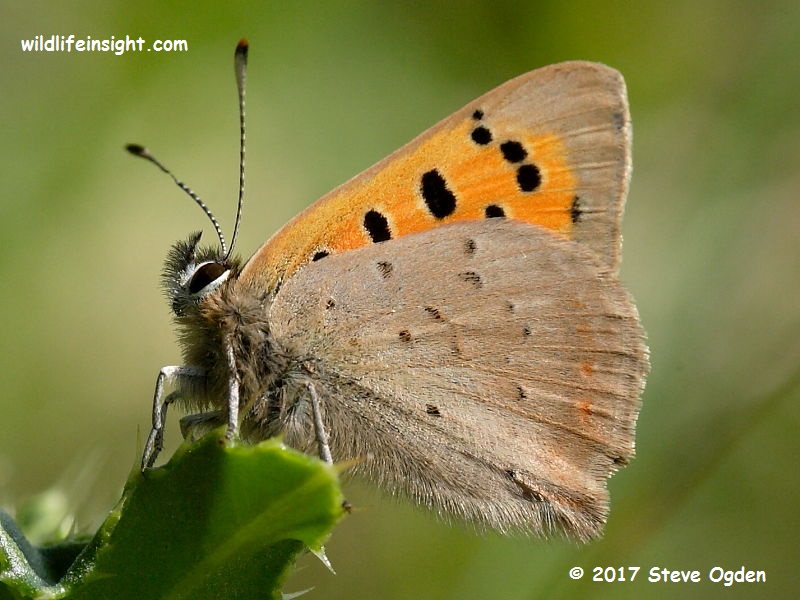 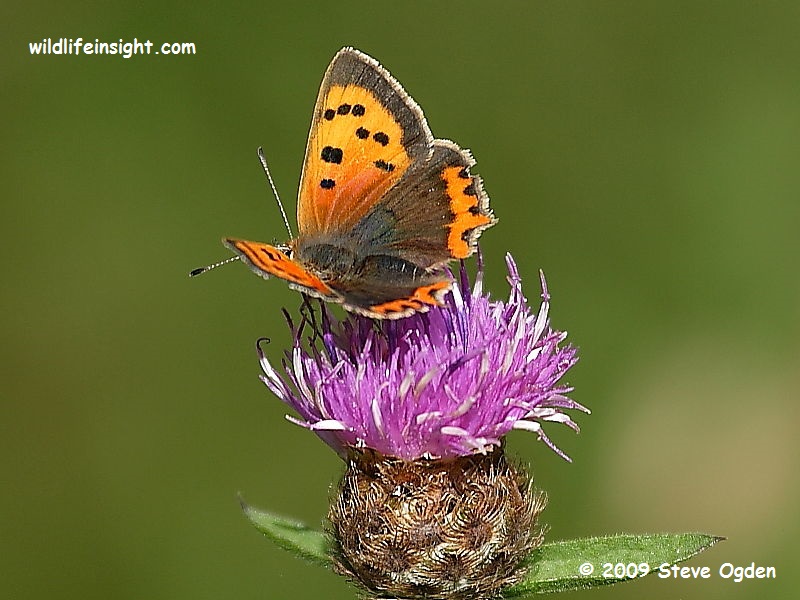 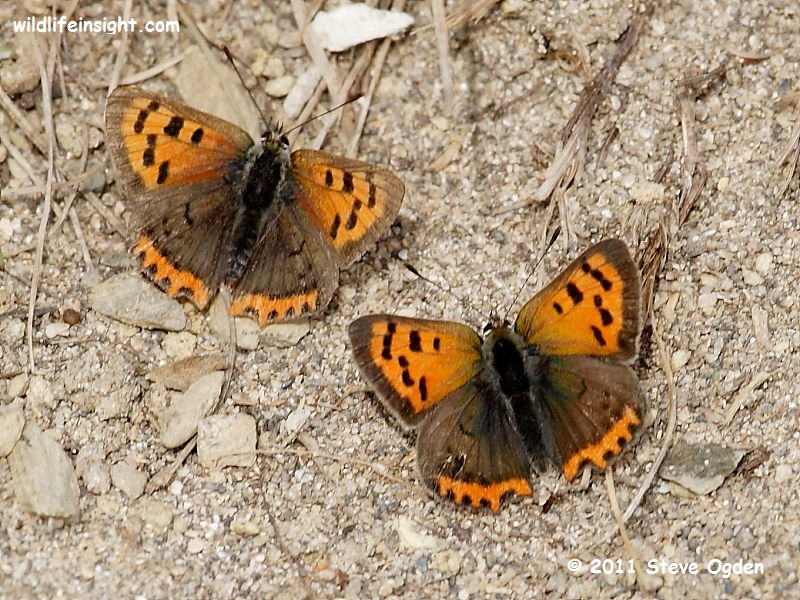 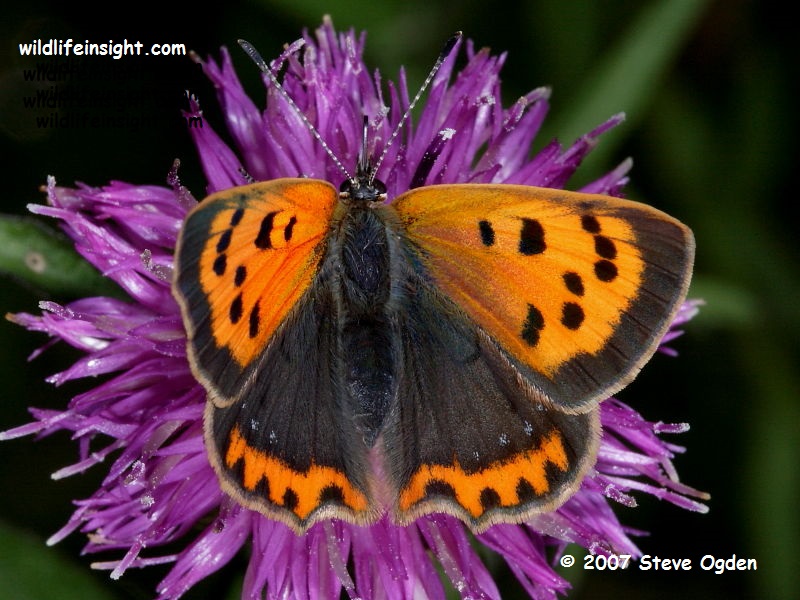 Variations/aberrations are common and most frequently occur as changes in shading and extent of the black markings.

The form caeruleopunctata shown left is a particularly attractive and frequent form having a row of blue spots inside the orange band on the hindwing.

There is also a white form that occurs less frequently. 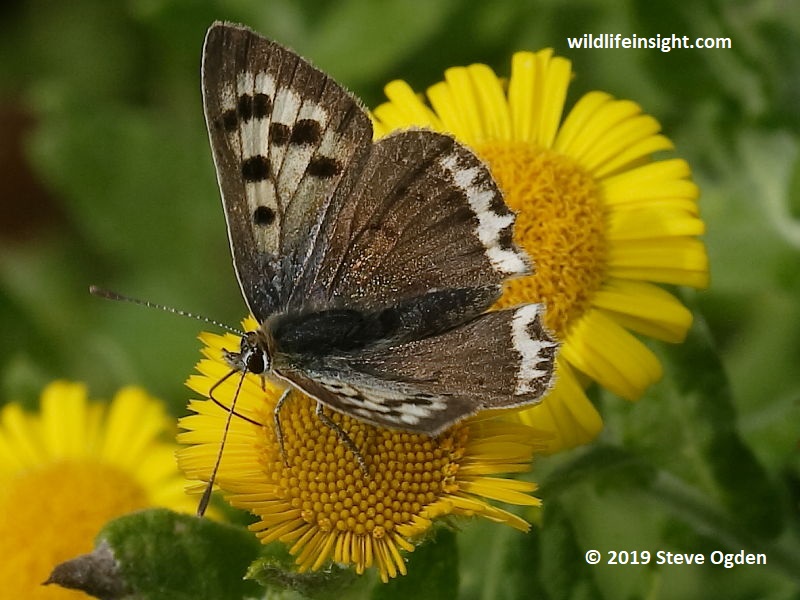 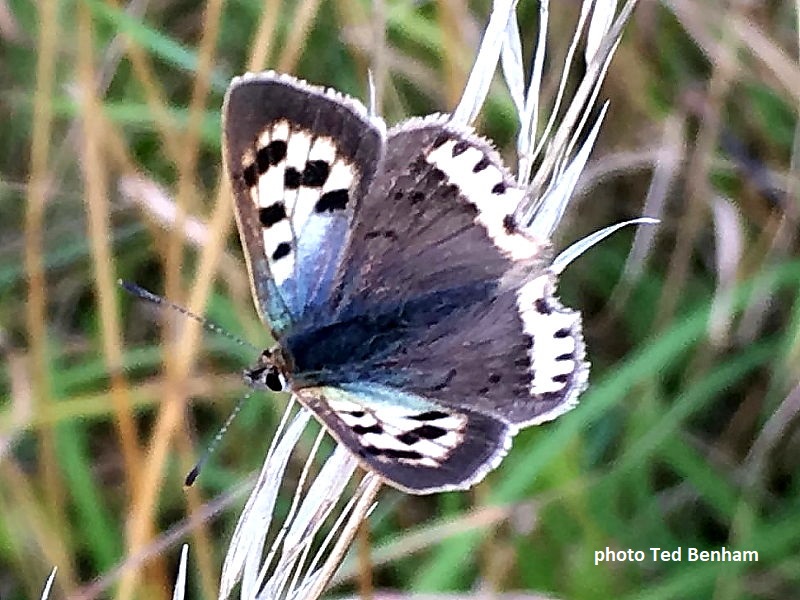 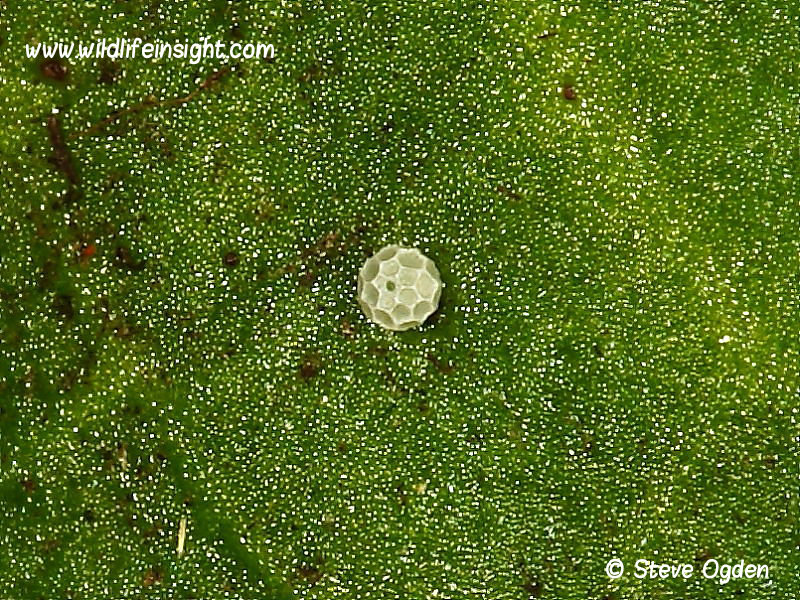 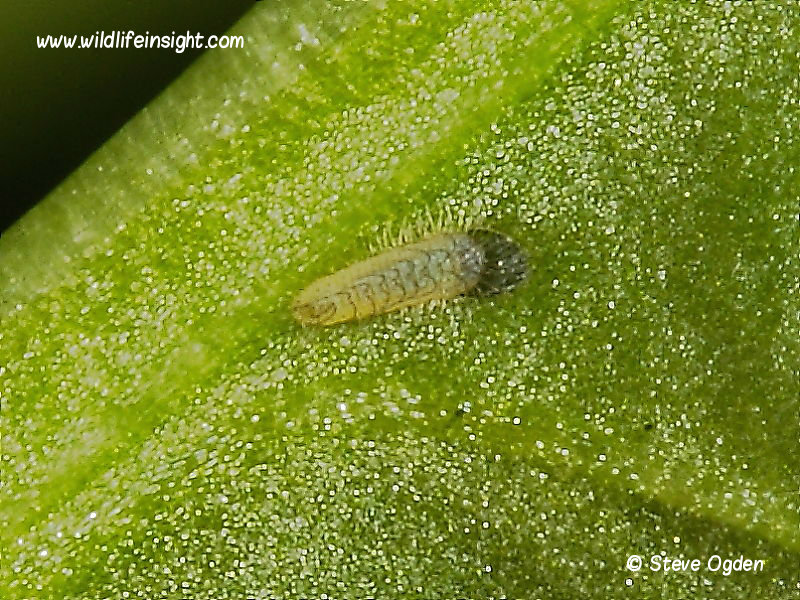 The Small Copper Butterfly caterpillar may be found in any month of the year.

Single eggs, .6 mm in size and resembling miniature golf balls, are laid singly on the upper side of a leaf of the larval foodplant.

The egg featured was on Common Sorrel on the grassy cliff top at Predannack on the Lizard in south west Cornwall. 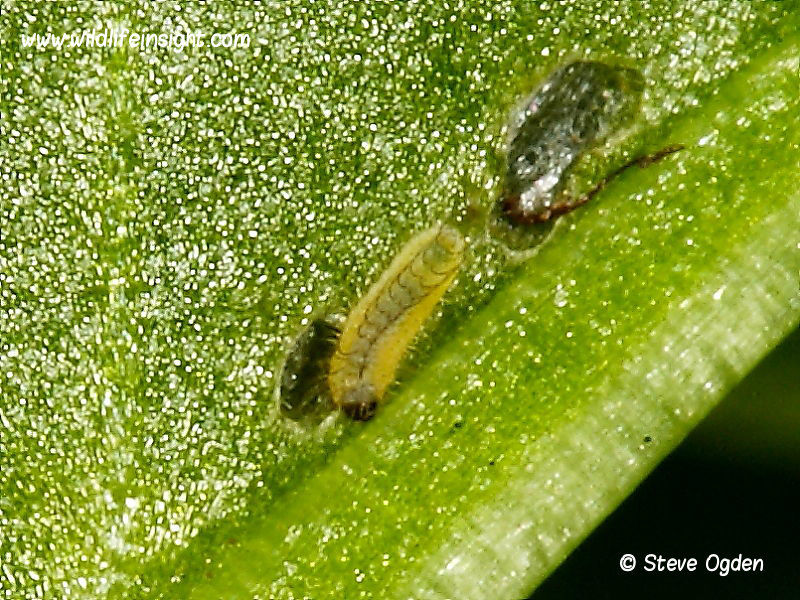 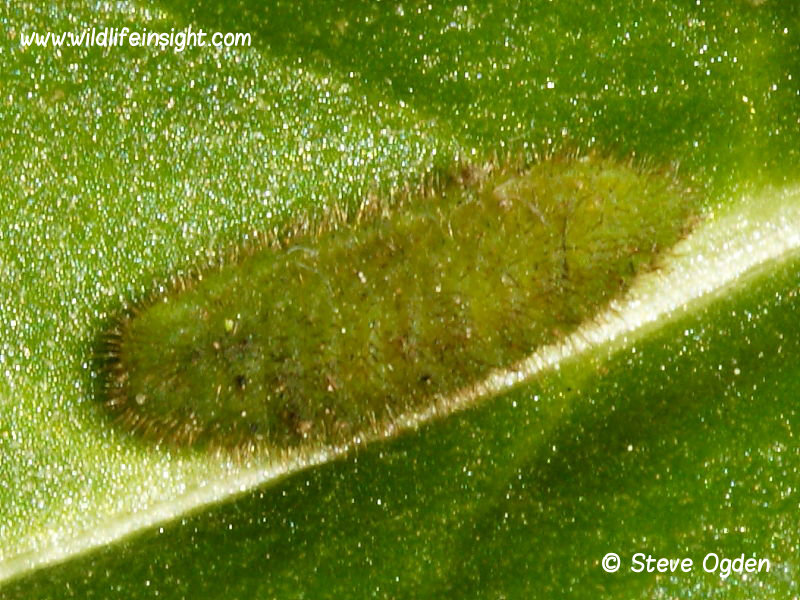 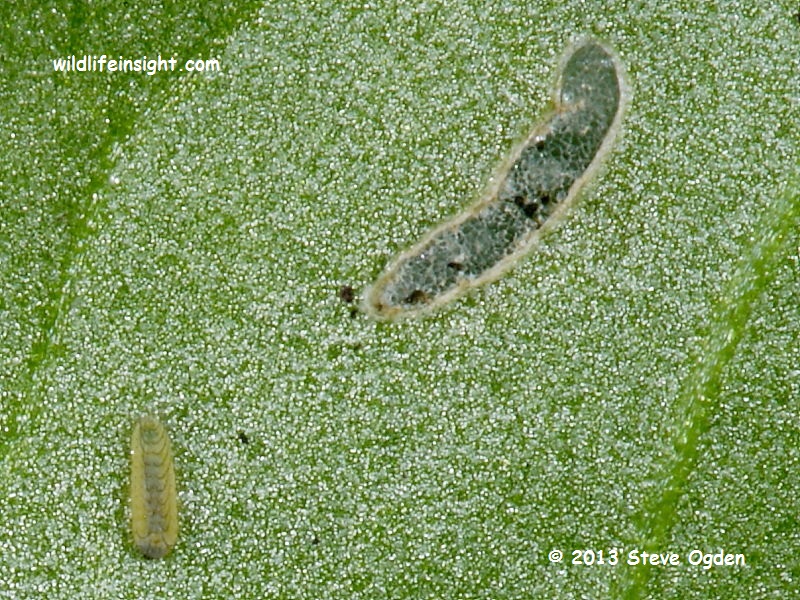 When small the caterpillars may be located by the window grooves in leaves left by feeding where only one side of the leaf has been eaten.

The caterpillars are slug shaped and often located on the underside of the leaf aligned alongside the central vein.

There are two main colour forms, green or green striped with pink.

After a month the caterpillars are c 15 mm long and fully grown.

Late broods overwinter for over 6 months as a caterpillar, attached low down amongst the larval foodplant by a silken pad. 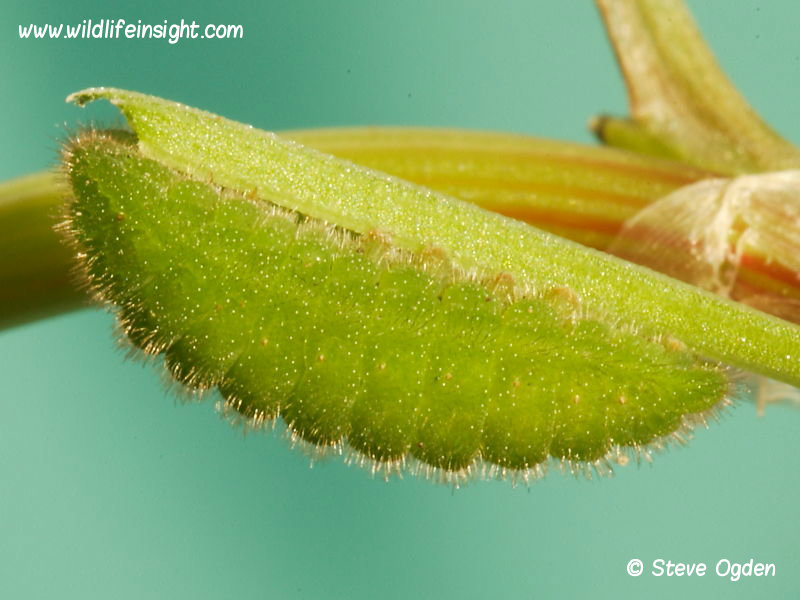 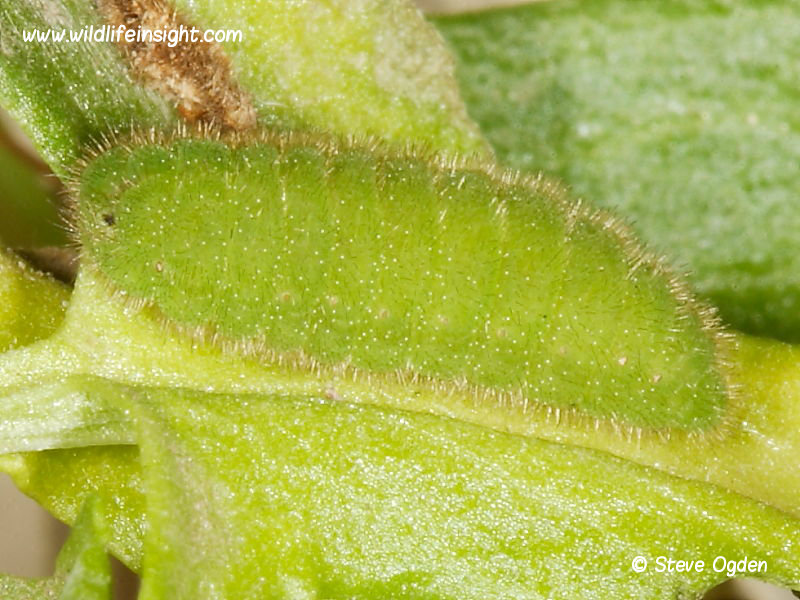 The caterpillars of the Small Copper Butterfly are heavily parasitised.

The parasitised caterpillar featured was swept from Sheep’s Sorrel in the Autumn beside a cliff path in south west Cornwall and reared on.

Those overwintering larvae of the Small Copper seem to be particularly vulnerable, presumably due to the extended length of time spent at this stage.

The 10 mm, pale brown pupa is attached by a silk girdle and pad beneath a leaf or stem. The butterfly emerges within 3/4 weeks according to temperature. 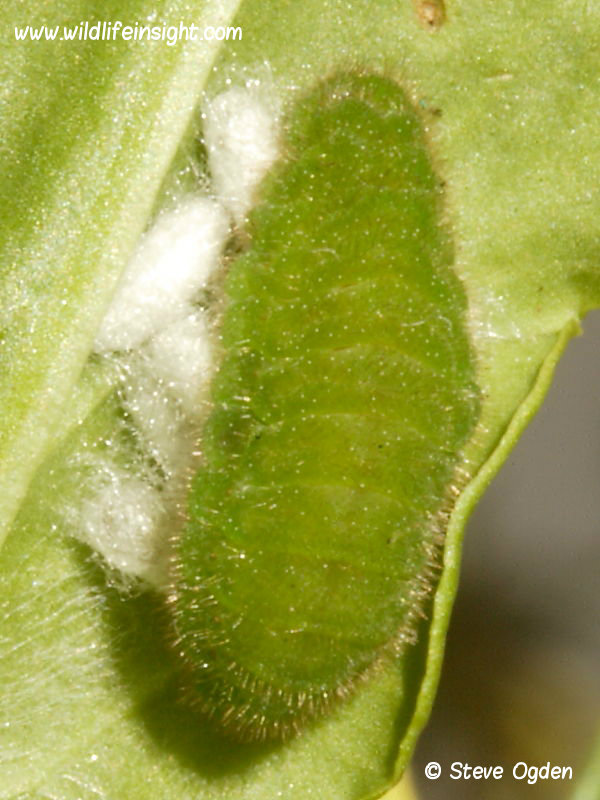 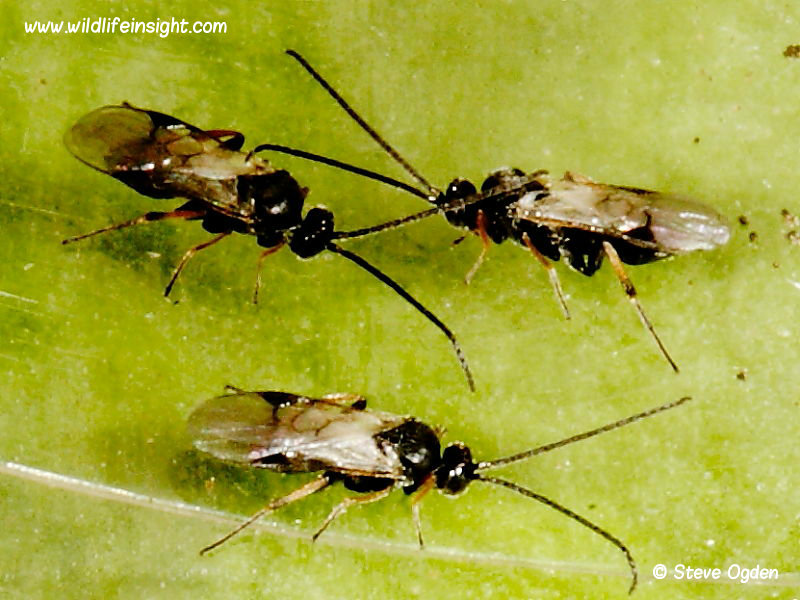