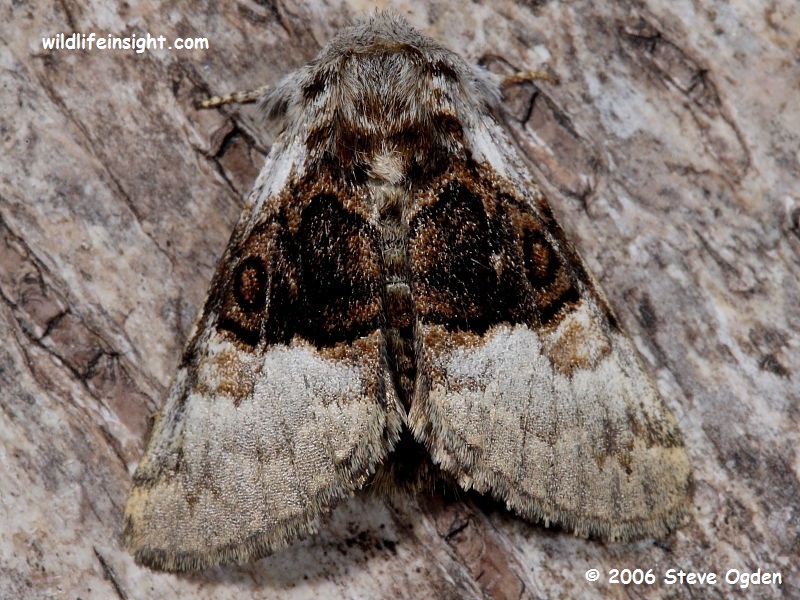 The Nut-tree Tussock Moth is a common species throughout much of the southern half of the the Uk, becoming more local further north and in Scotland.

The species is found in or close to broadleaved woodlands and is commonly recorded in gardens.

As the name suggests Hazel is a common larval foodplant but the caterpillars also feed on birch, beech, oak and other deciduous trees.

In the south there are two generations from April/June and July/September when mainly males are attracted to light. 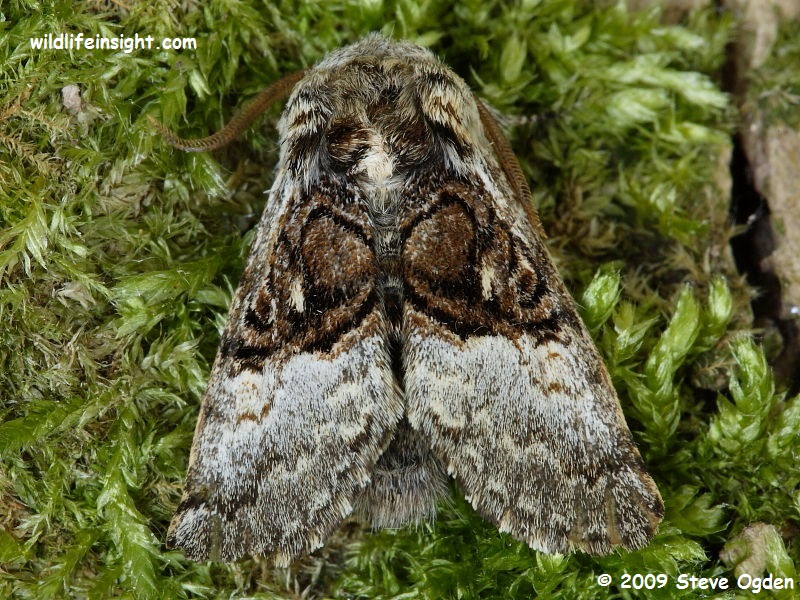 The Nut-tree Tussock Moth has a forewing length of up to 17mm.

The species is usually easily identified despite there being some variation in the shade of brown in the basal half, producing lighter and darker specimens.

Other moths are featured in the Moth Galleries 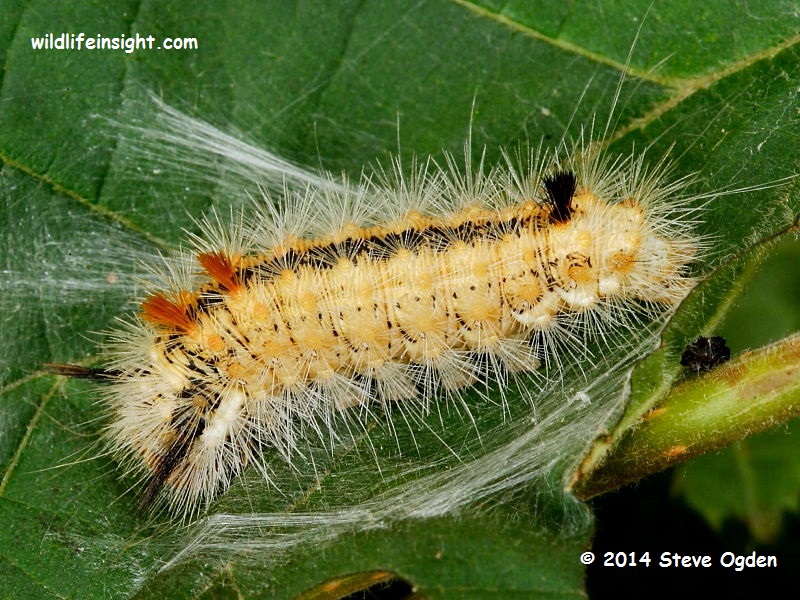 The fully grown Nut-tree Tussock Moth caterpillar is 30-35 mm in length and variable in colour.

The larval foodplants are hazel, birch, beech, oak and other deciduous trees.

Other caterpillars (larvae) are shown in the – 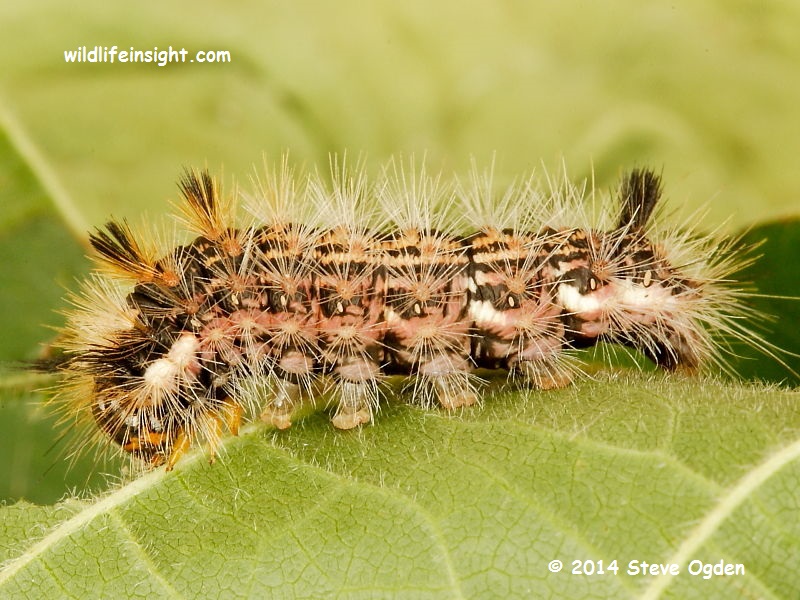 Featured below are a brood reared from eggs laid by a female attracted to light in July on the Lizard, Cornwall by John Foster.

The eggs hatched within 10 days and the caterpillars were reared on hazel.

Mid instar larvae rested between spun leaves during the day.

The brood consisted of a variety of different coloured forms which were fully grown in about 30 days and had pupated by the middle of September.

Overwintering took place as a pupa, formed inside a cocoon amongst leaf litter and moss with moths emerging in early April. 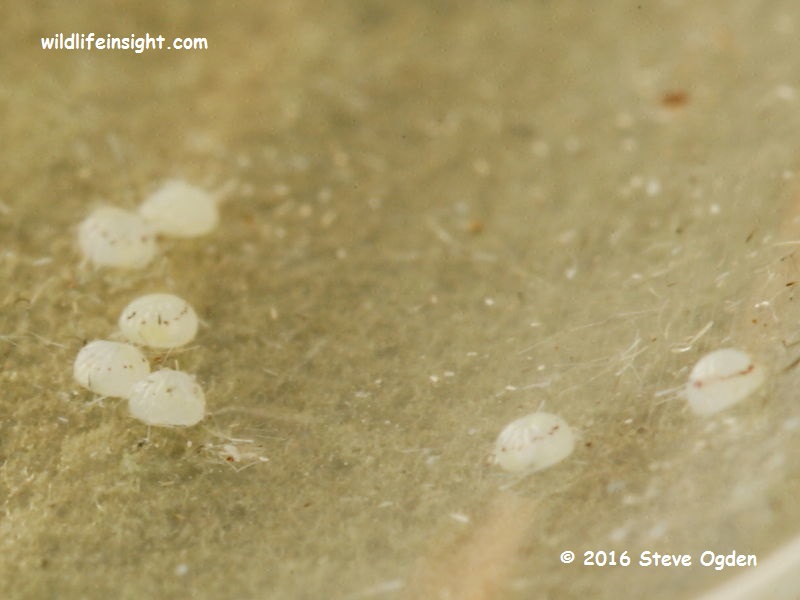 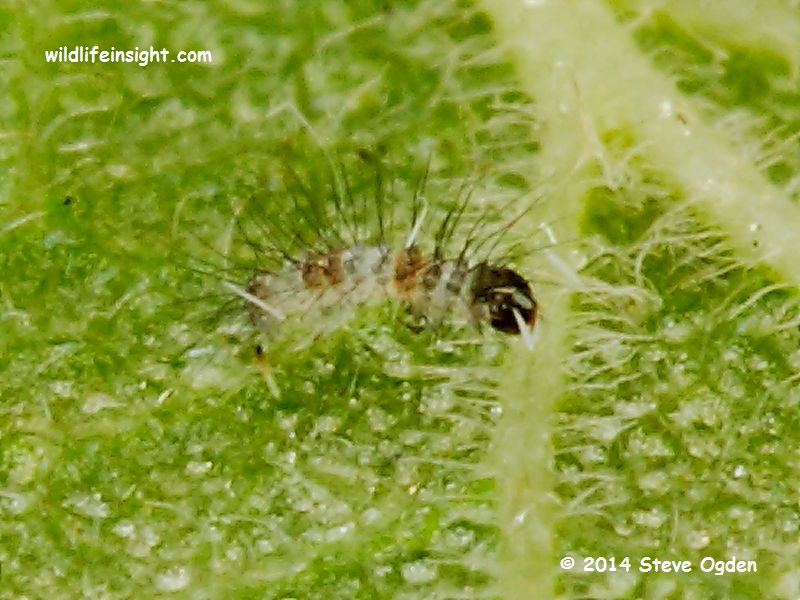 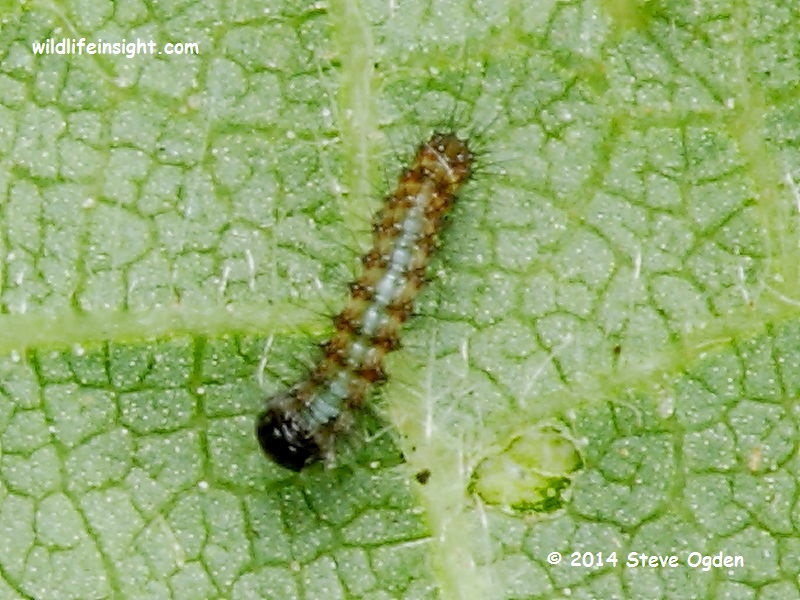 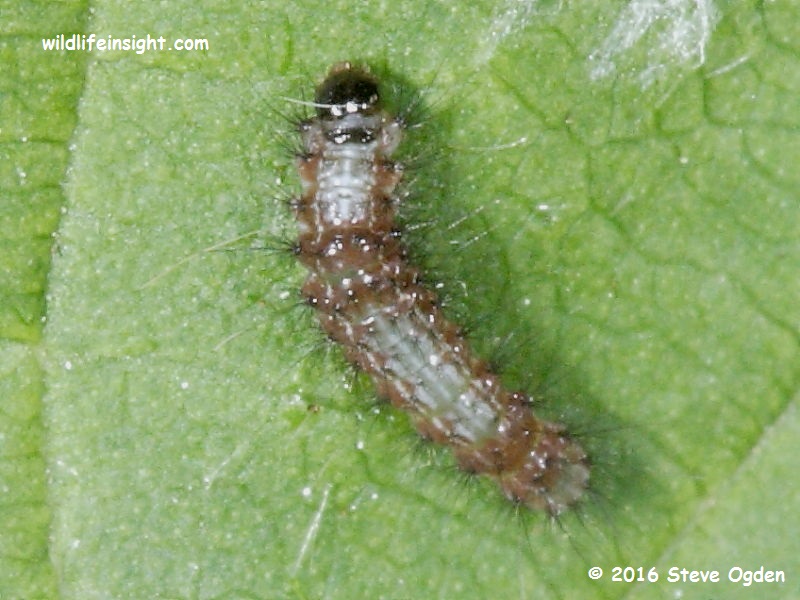 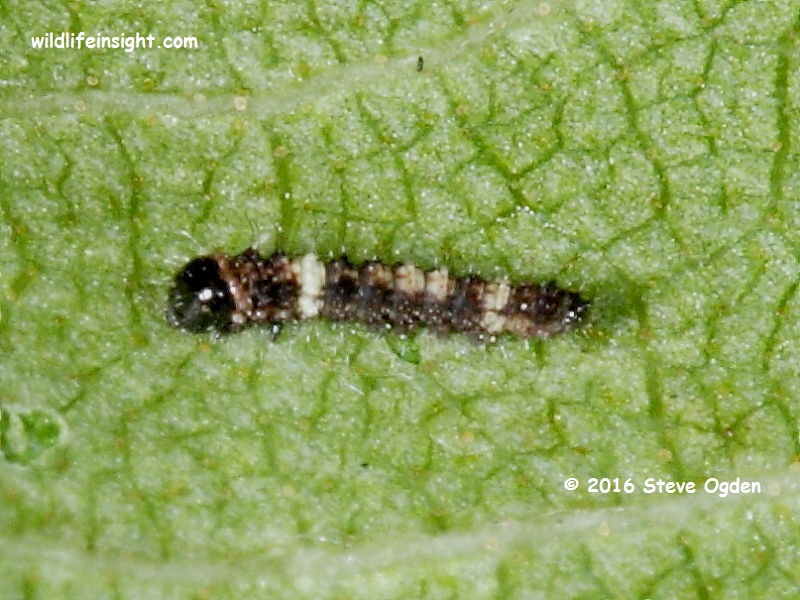 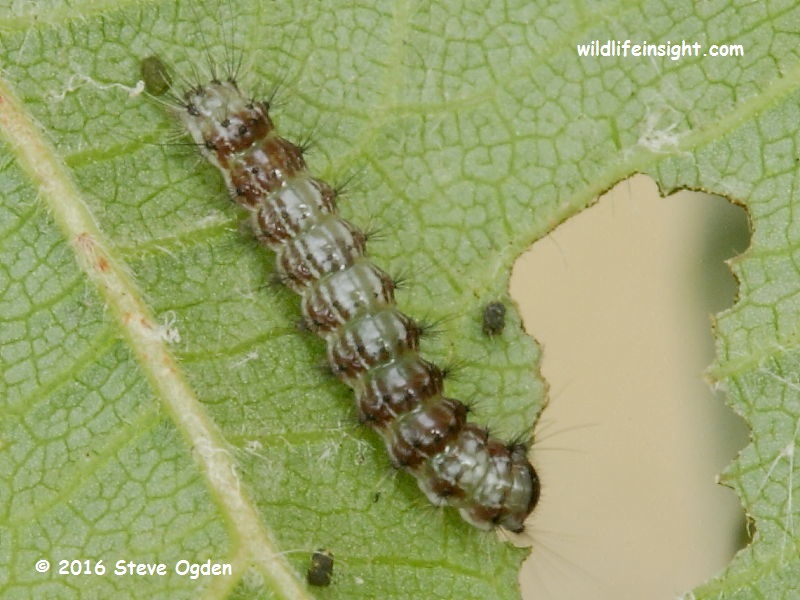 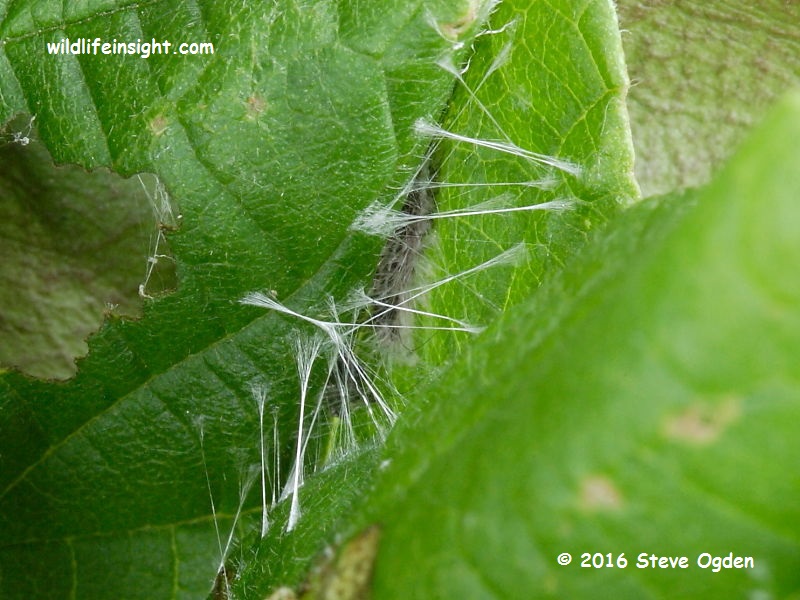 Presumably, the protection provided by the hairier penultimate and final instars removed the need for a leaf roll. 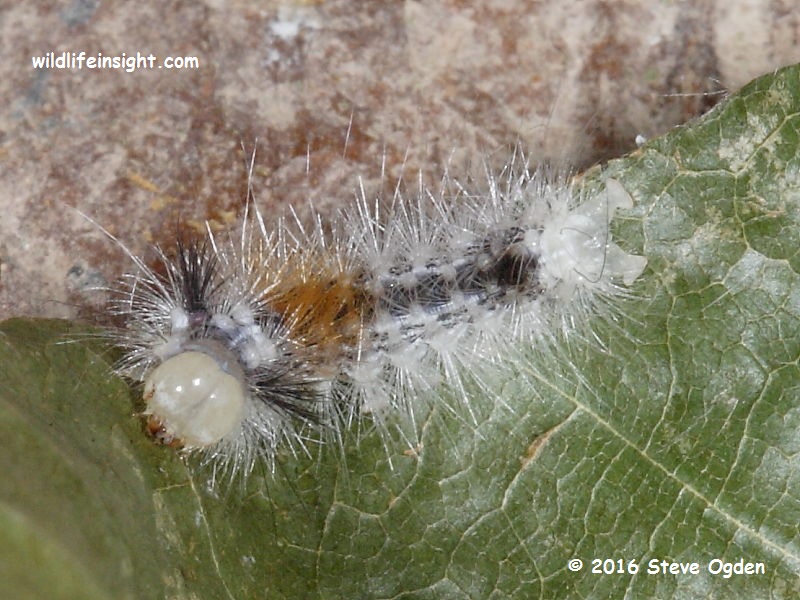 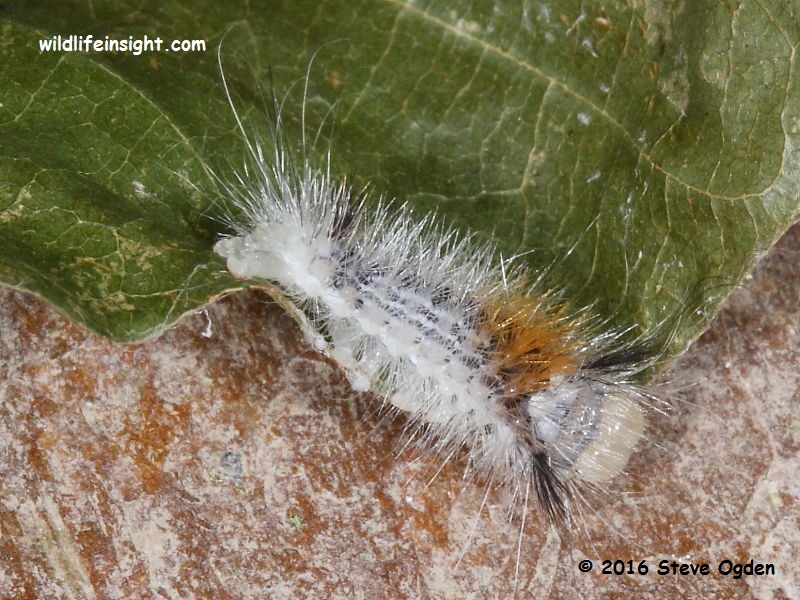 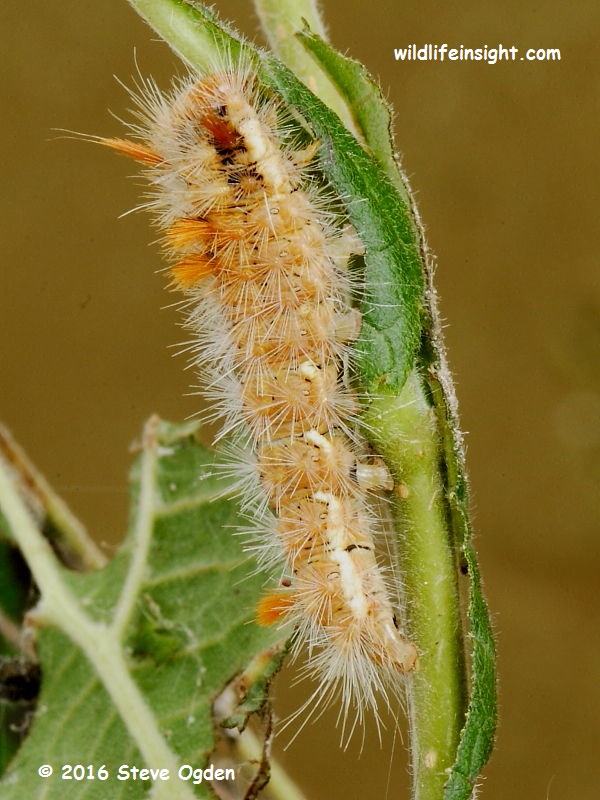 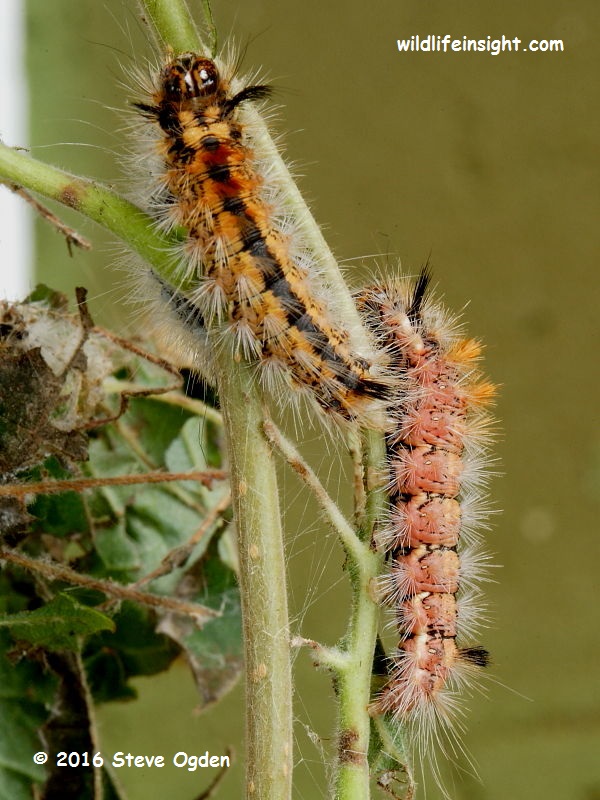 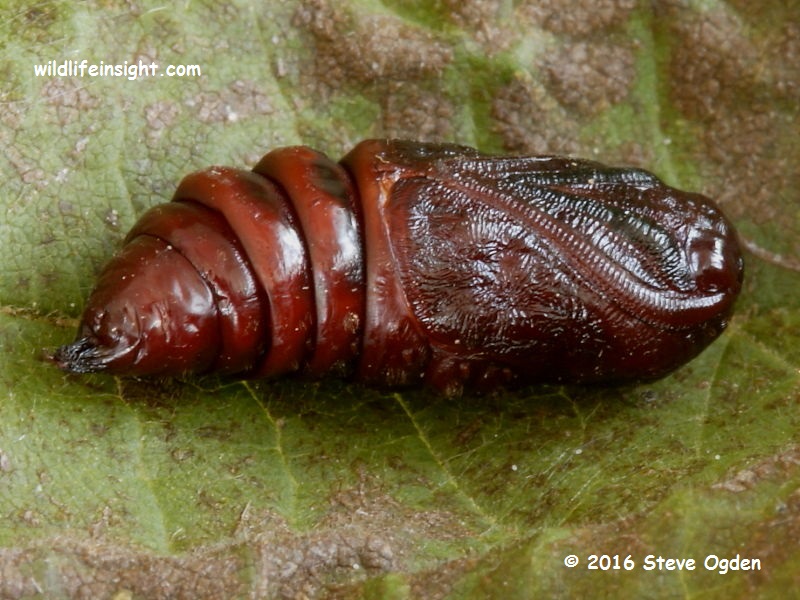 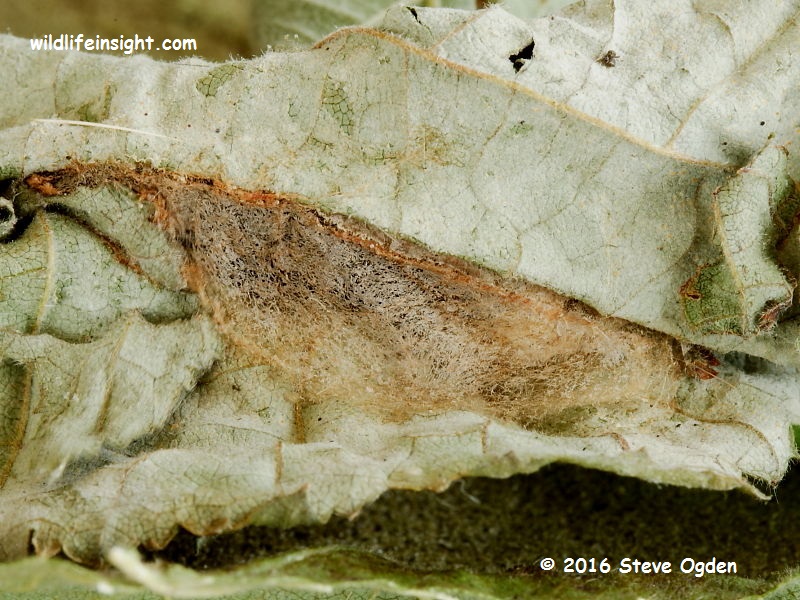