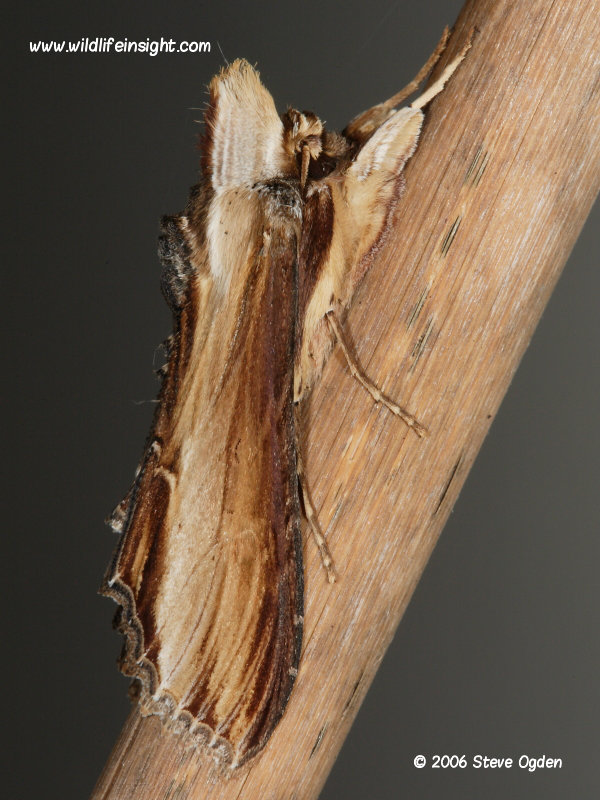 The Mullein Moth is well distributed throughout much of the southern half of England.

It flies in a single generation between May and June when it is attracted to light in small numbers.

It is found in a range of habitats including gardens and waste ground.

The brightly coloured caterpillars shown below are often found in gardens feeding on Buddleia, Figworts and Mullein.

The Mullein moth is a cryptically marked species and easily overlooked when settled on a brown plant stem.

It has a forewing length of up to 24mm and is subtly marked in light and dark shades of brown.

The outer edges to the forewing are scalloped and above the head is a pale tufted projection. 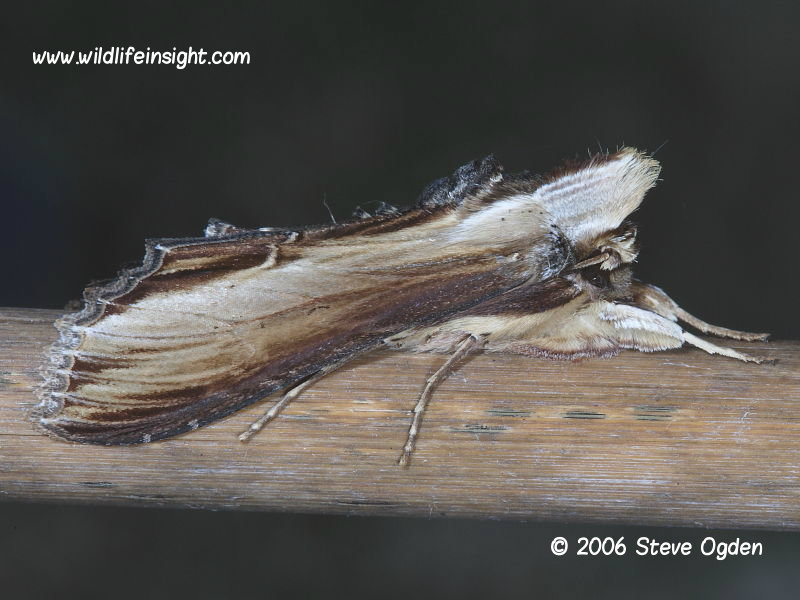 The Mullein moth flies mainly at night between May and July when they feed at flowers.

The female lays batches of eggs between May and July on species of Verbascum and cultivated Buddleia plants.

They hatch within 10 days and the caterpillars feed gregariously on the host plant often causing severe defoliation.

The boldly marked caterpillars feed conspicuously out in the open during the day as well as at night.

The caterpillars are fully grown within about 30 days when they leave the foodplant to pupate in the soil forming a very tough cocoon.

The moth may not emerge for several years.

Other caterpillar information is available in the Illustrated Guide to Caterpillars 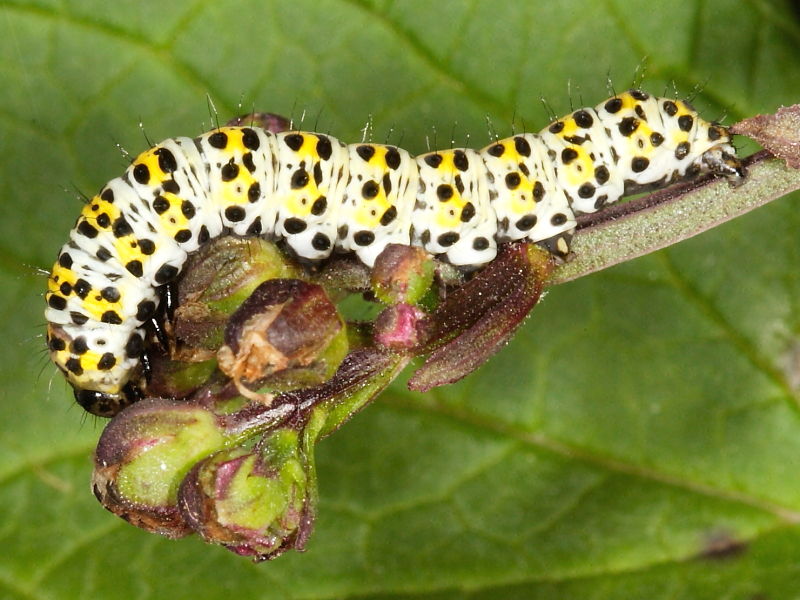 The yellow, black and white caterpillars of Mullein moths are one of the most distinctive caterpillars found in the British Isles.

When fully grown they are almost 50mm in length with a mixture of black and yellow markings on a pale bluey grey/whitish body. 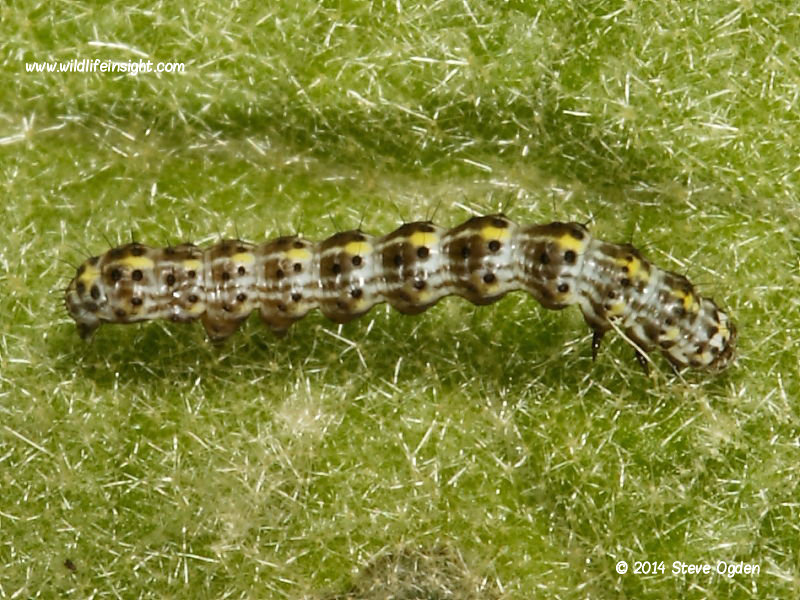 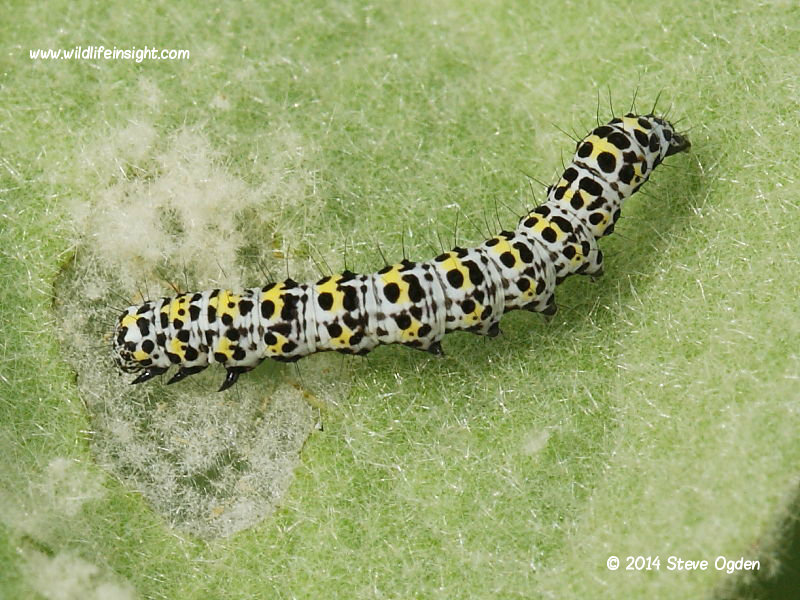 Gardeners frequently come across the caterpillars during the months of June and July.

When small they are darker than later instars but already have yellow and black markings.

Most caterpillars are fully grown by the end of July and will then leave the food plant to pupate in the soil. 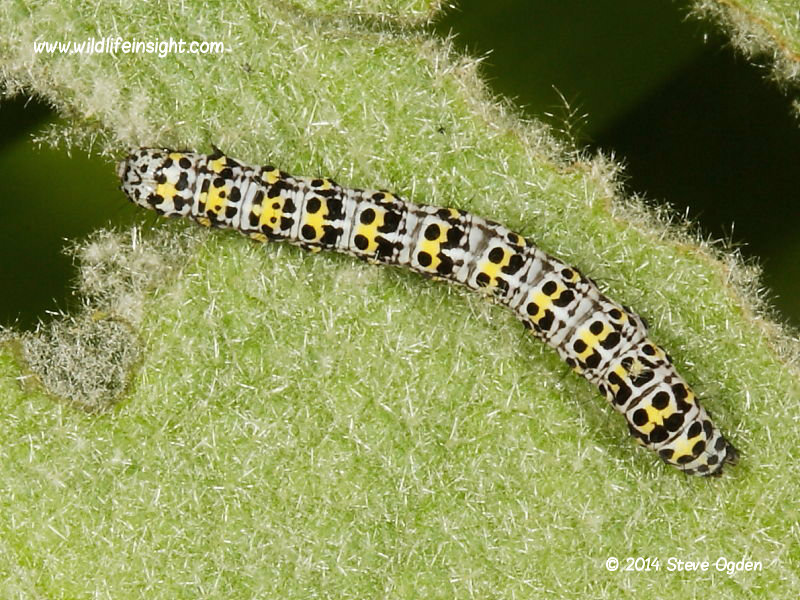 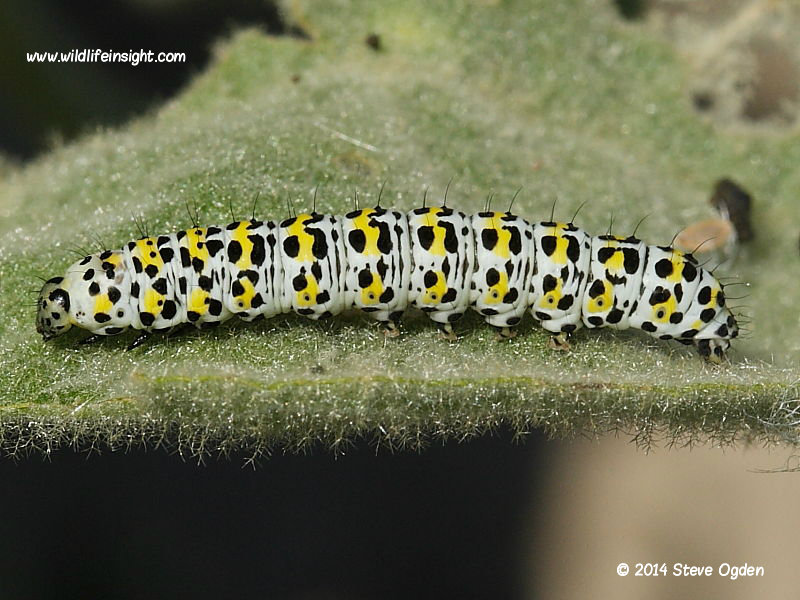 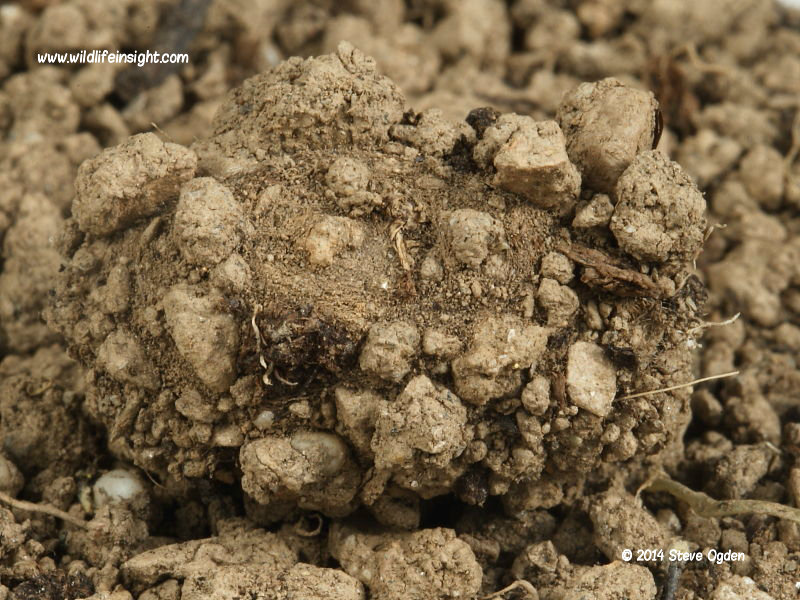 The caterpillars pupate just beneath the surface in the soil inside a very tough cocoon.

The pupa is formed inside a cocoon encased by particles of soil and small stones forming a very hard exterior.

The cocoon may overwinter several times before the adult moth emerges.

Caterpillars collected from the wild are easy to rear.

They require a shallow layer of soil in which they form their very tough cocoon.

Emergence times are unpredictable with some remaining in their cocoon for two or more years.