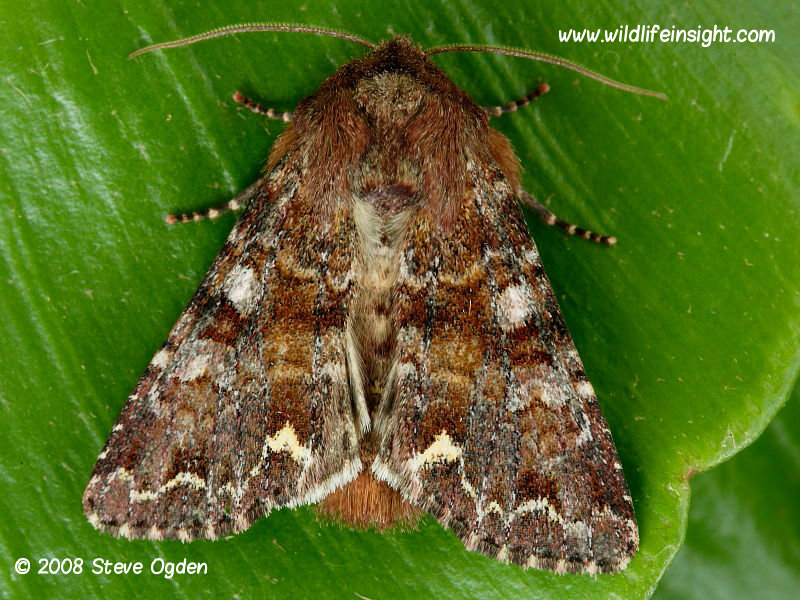 The Broom Moth is found in a wide range of habitats throughout much of the British Isles and Europe.

In the British Isles it flies at night in a single generation between May and July when it is attracted to light in small numbers.

When fully grown the distinctive boldly striped caterpillars shown below are often found feeding during the day on a variety of herbaceous plants as well as trees such as elm and birch. 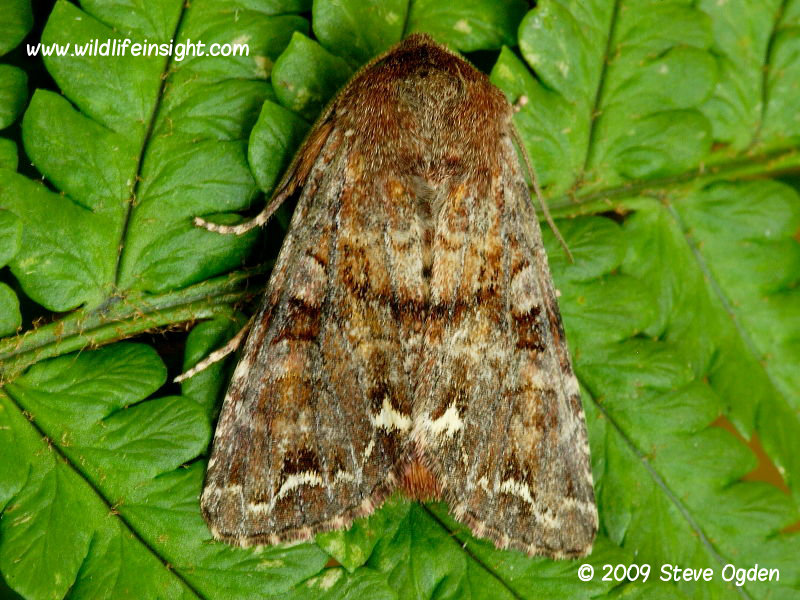 The adult moth has a wing length of up to 20mm with variable shades of grey and chestnut brown.

The undulating, pale subterminal line is a useful identifying feature.

Other common species of moth with distinctive pale sub terminal lines are the The Bright-line-Brown-eye and The Cabbage Moth. 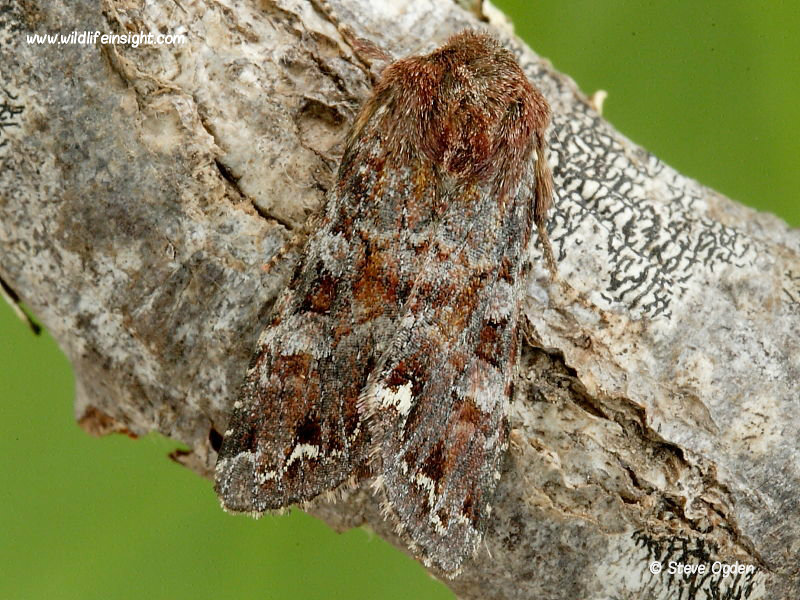 Other caterpillars and moths can be seen in the galleries and species pages. 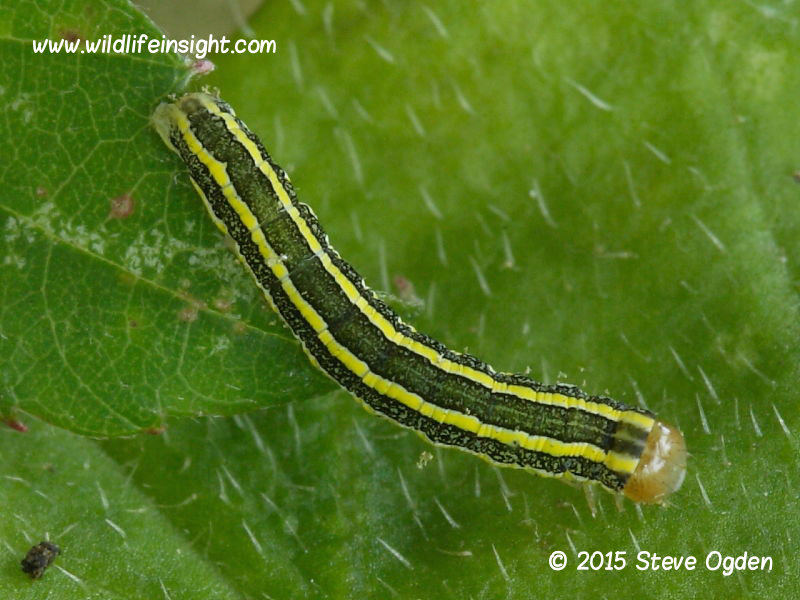 Broom Moths fly between May and July in a single generation.

Eggs are laid on the larval food plant.

The caterpillars hatch within a few days and are fully grown in about 30 days with most pupating by mid October.

Pupation and overwintering takes place in the soil.

The Broom Moth caterpillar is distinctively marked and easily identified.

When fully grown it is about 45mm in length with a brown or pale green head and bold yellow stripes on either a brown or green body.

During September and October they can often be seen during the day on the food plant. 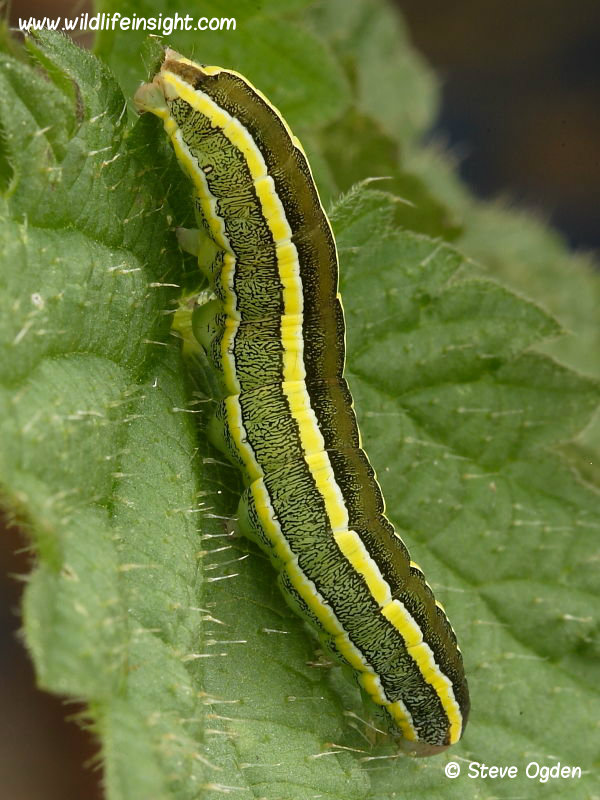 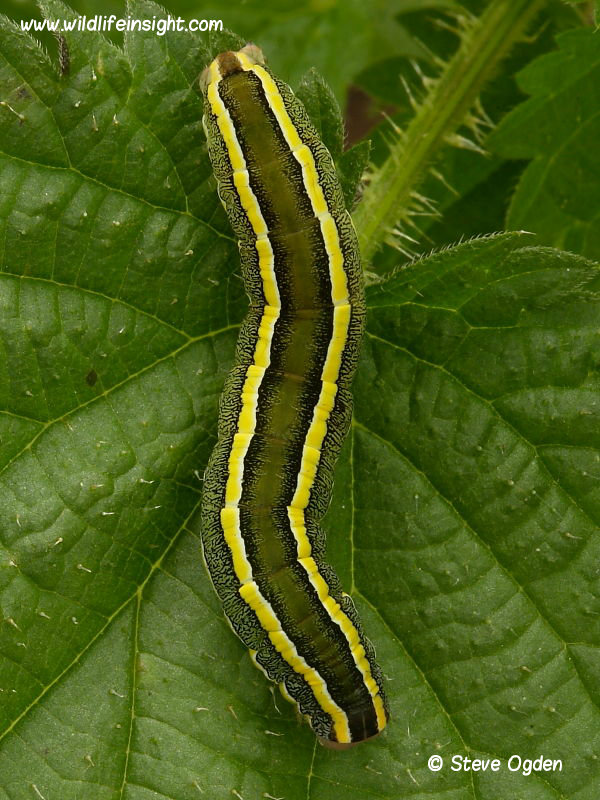 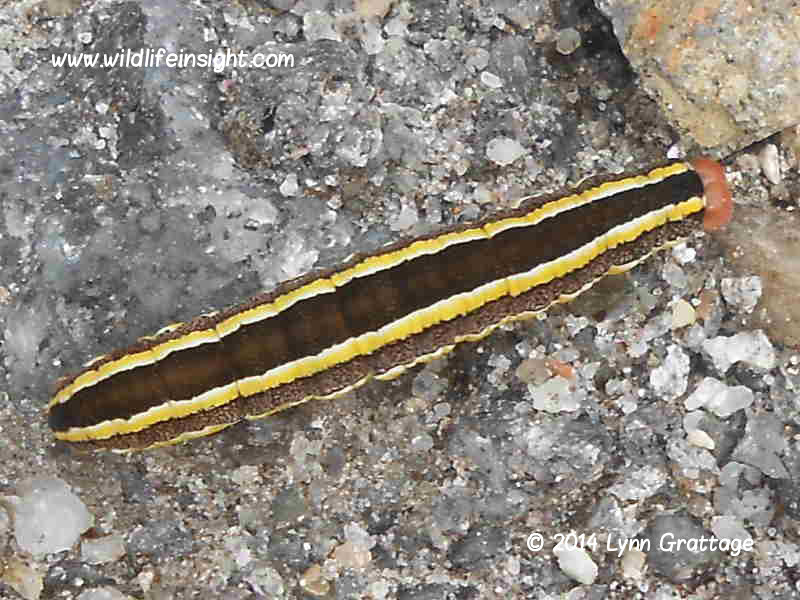 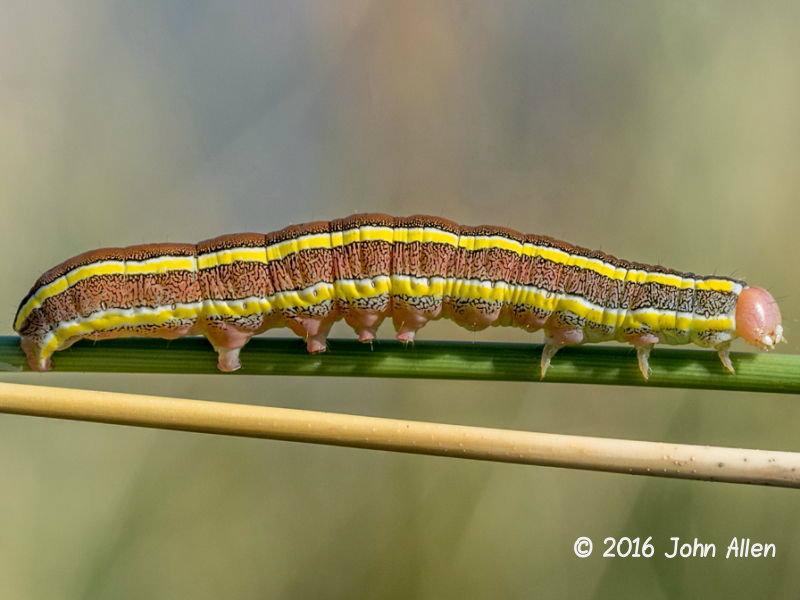 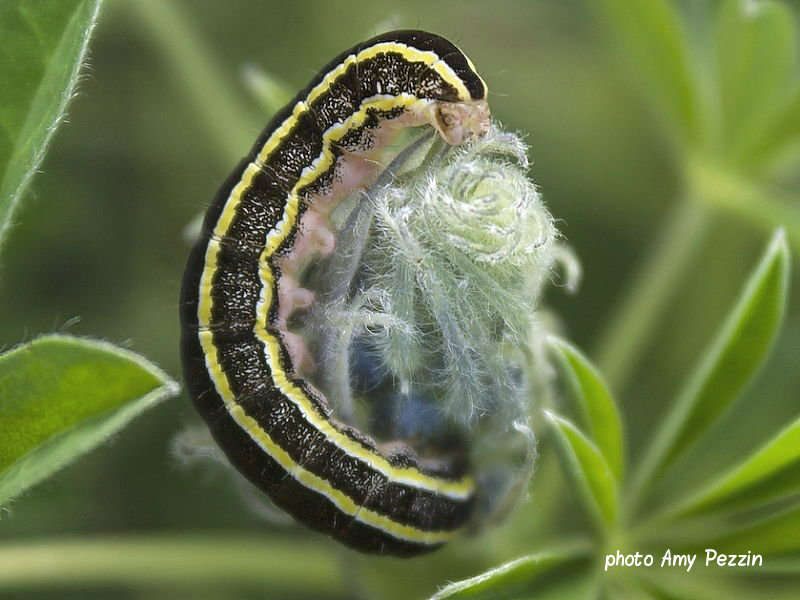 The fully grown green forms featured above were found on nettle at Pendeen, South West Cornwall in early October.

The brown forms of Broom Moth caterpillar shown above were photographed by Lynn Grattage and John Allen. 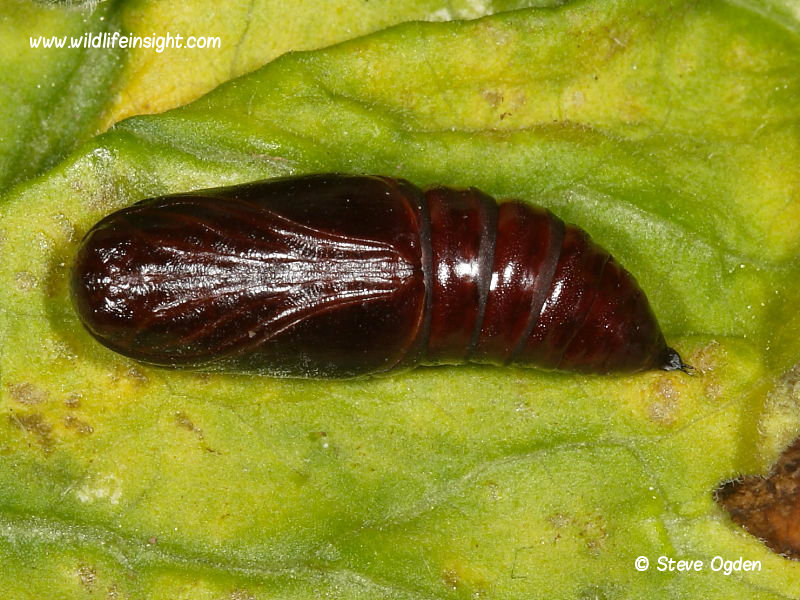 All caterpillars have normally pupated in the soil by the end of October to over winter.

The cremasters of the pupae have a double projection.

The pupa featured was formed in a thin layer of soil by a caterpillar found on nettle on the 20th October in SW Cornwall. 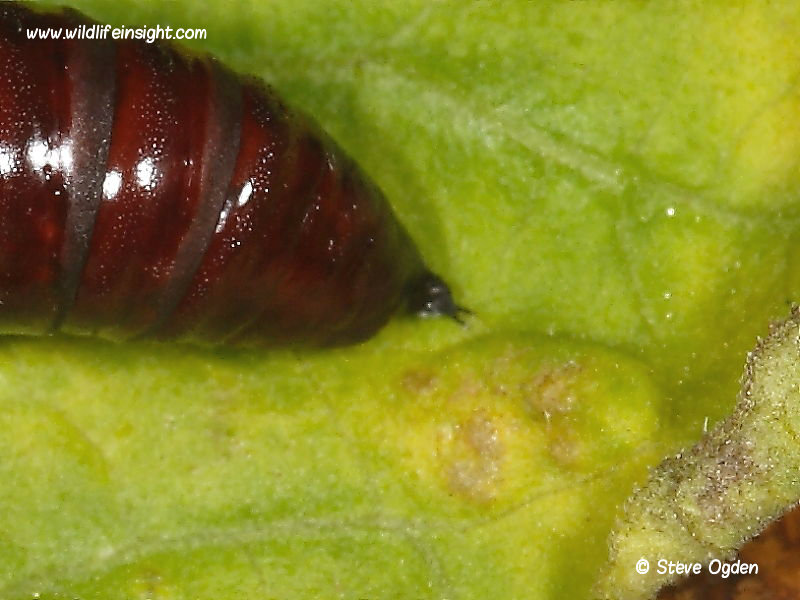 Rearing the caterpillars of the Broom Moth, Ceramica pisi

Females lay freely when attracted to light and the caterpillars are easy to rear.

The larger caterpillars are commonly spotted during the day and night on the larval foodplant.

When fully grown a thin layer of soil should be added for the caterpillars to pupate in.

The overwintering pupa are best placed in a cool room or outhouse.