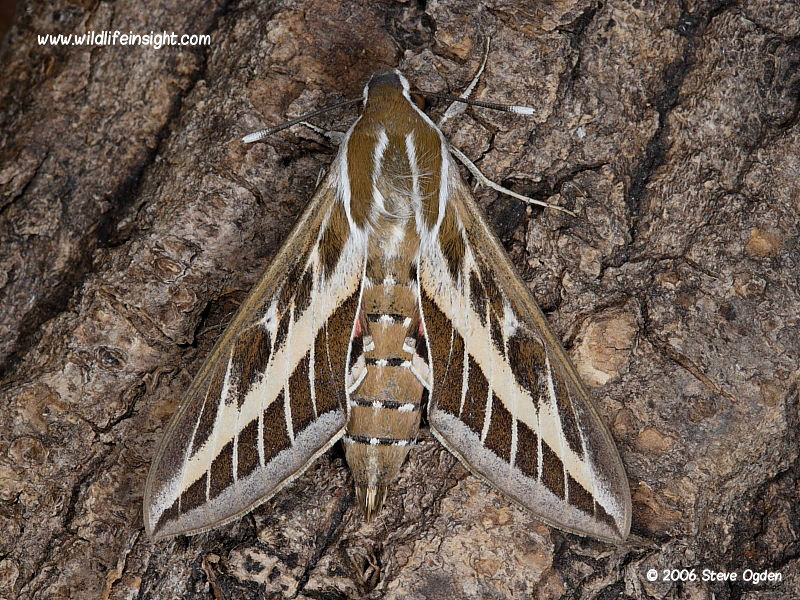 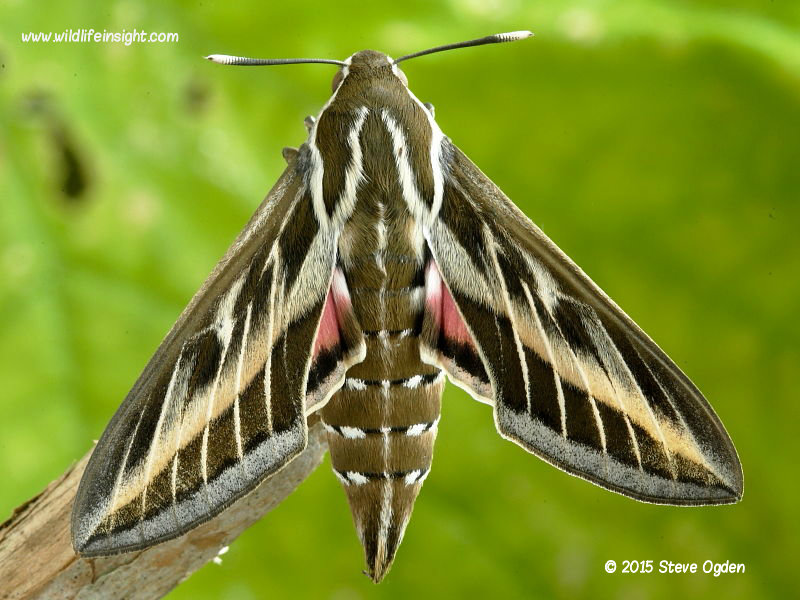 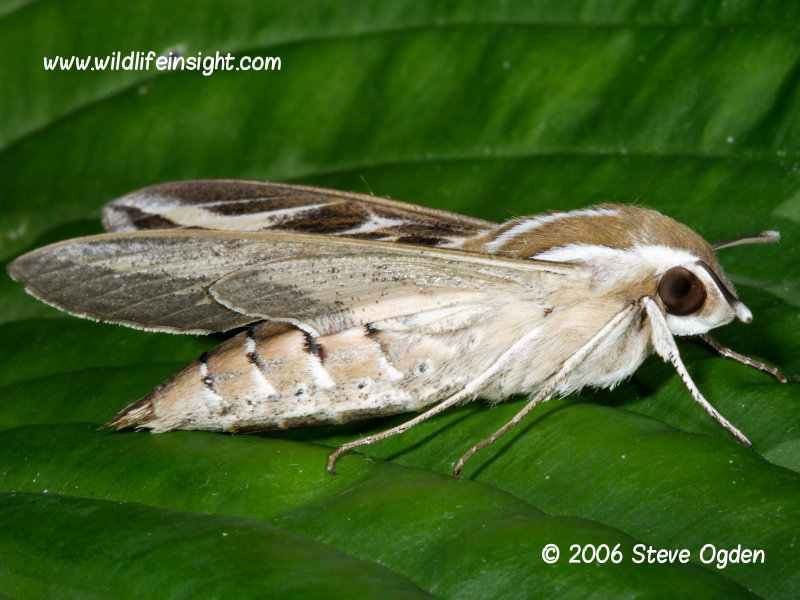 The Striped Hawkmoth, Hyles livornica, is a scarce but regular migrant to the southern half of the British Isles.

It is resident in much of southern Europe, the Middle East and Africa where it is multiple brooded.

The photos shown of Striped Hawkmoth are of individuals attracted to light in the South West of the UK and of one reared from a caterpillar found in Cornwall.

The Hawk Moths of North America – James. P. Tuttle.
Hawkmoths of the Western Palearctic – Pittaway.
The Colour Identification Guide to Caterpillars of the British Isles – Jim Porter.
Caterpillars of Eastern North America – David. L Wagner.
Field Guide to the Moths of Great Britain and Ireland – Waring, Townsend and Lewington.
Moths of the British Isles – Bernard Skinnner.
Metamorphosis – the journal of the Lepidopterists’ Society of Africa (LepSoc), 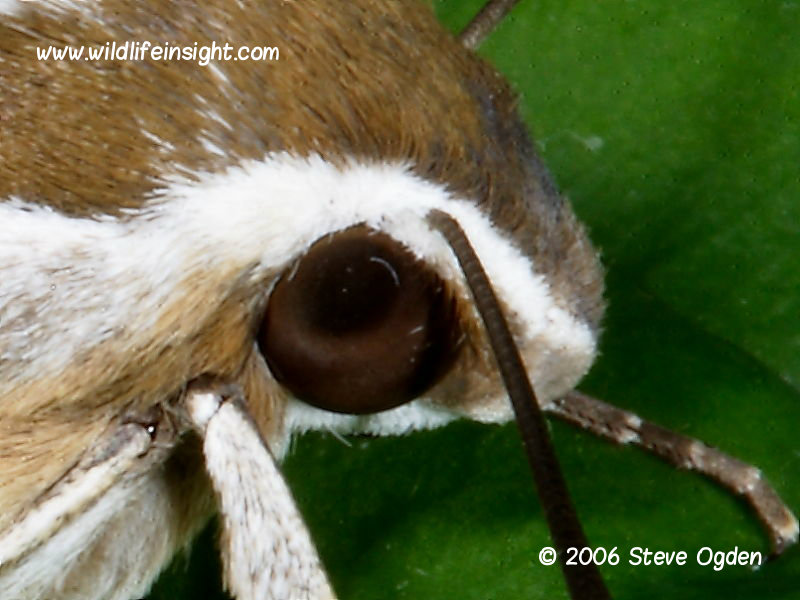 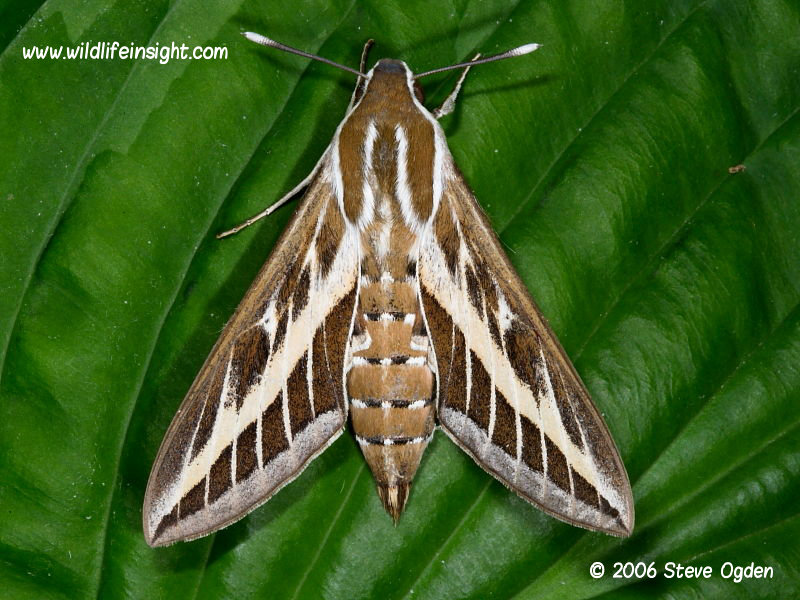 The caterpillars of the Striped Hawkmoth grow up to 85 mm in length.

In the British Isles the larvae feed on the leaves of herbaceous plants including bedstraws and dock.

In hot climates large numbers periodically occur with the larvae feeding on the leaves, flower heads and seed heads of a variety of plants.

The photographs of the Striped Hawkmoth caterpillar shown are of a final instar found feeding on dock in a field on the south coast of Cornwall in the UK.

Although likely to have successfully pupated it would not have been expected to survive the cold winter. 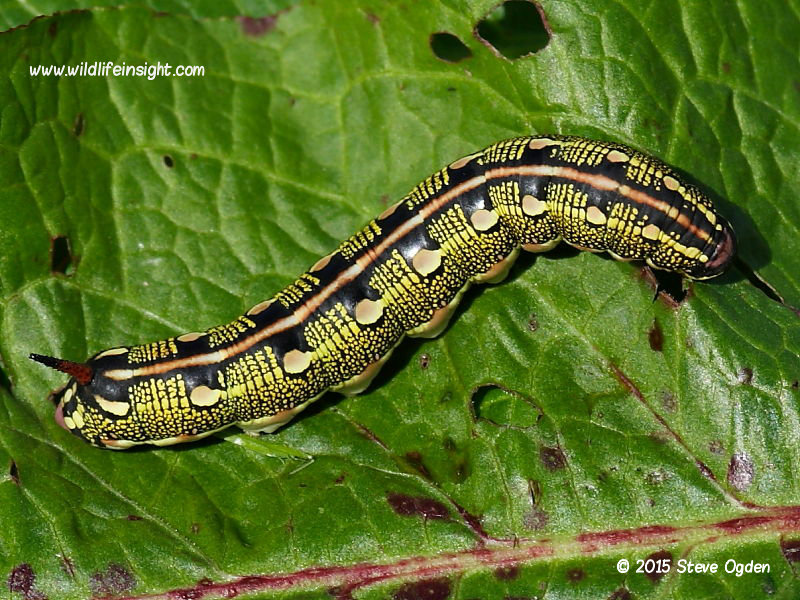 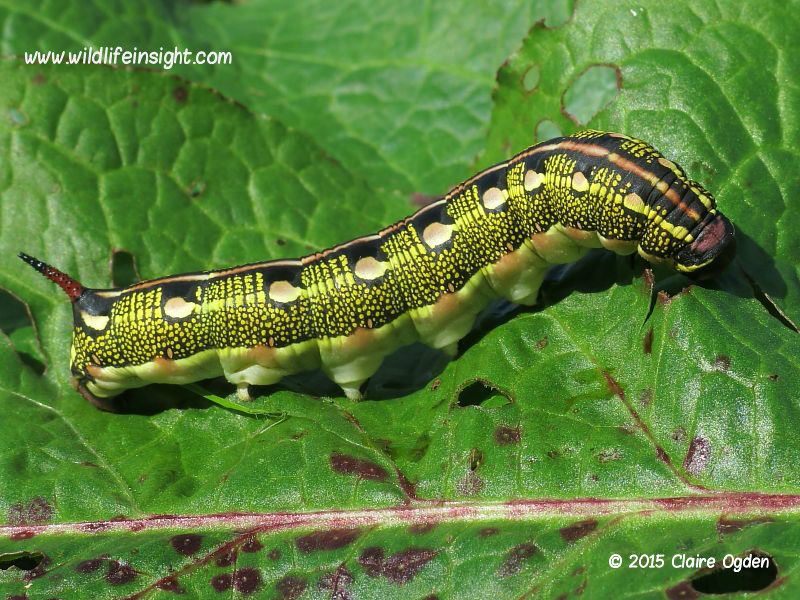 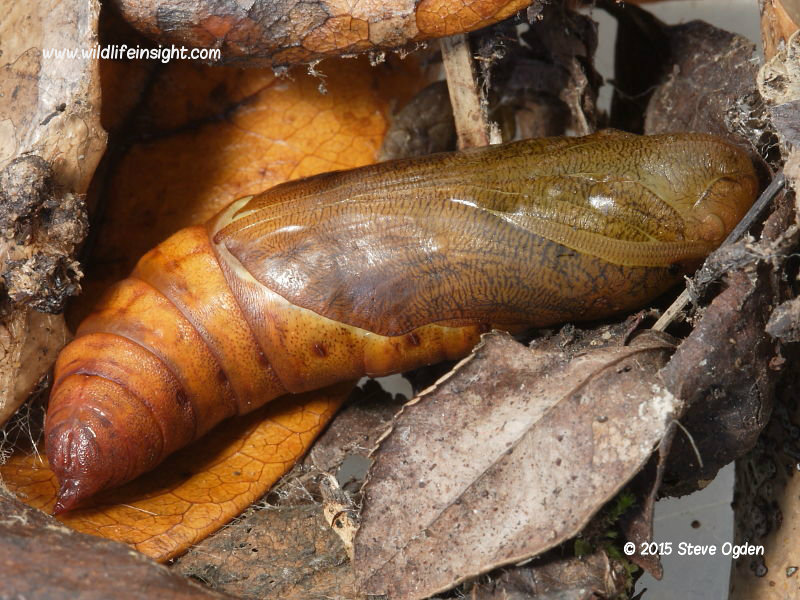 The Striped Hawkmoth caterpillar pupates in the soil or leaf litter and may be continuously brooded in hot countries.

In the British Isles the pupae are unable to withstand the cold winters.

Sightings and identification requests are very welcome and images may be added to the site with accreditation. Copyright will remain with the photographer.

The caterpillars of two similar species recorded in Spain, Portugal and South Africa are shown below.

Other common migrant species resident in Africa and southern Europe include The Convolvulus Hawkmoth, The Death’s Head Hawkmoth , The Hummingbirsd Hawkmoth and The Oleander Hawkmoth.

It has an extensive range including Southern Europe, The Middle East and Africa were it is a common resident.

The Silver-striped Hawkmoth caterpillars shown below were recorded by Julie Dawson in Spain and Kathryn Herschell in Portugal.

More information and sightings received from around the world of the Silver-striped Hawkmoth and larvae, Hippotion celerio, will shortly be added.

Sightings are welcome and photos will be added with accreditation. Copyright of photos remains with the photographer. 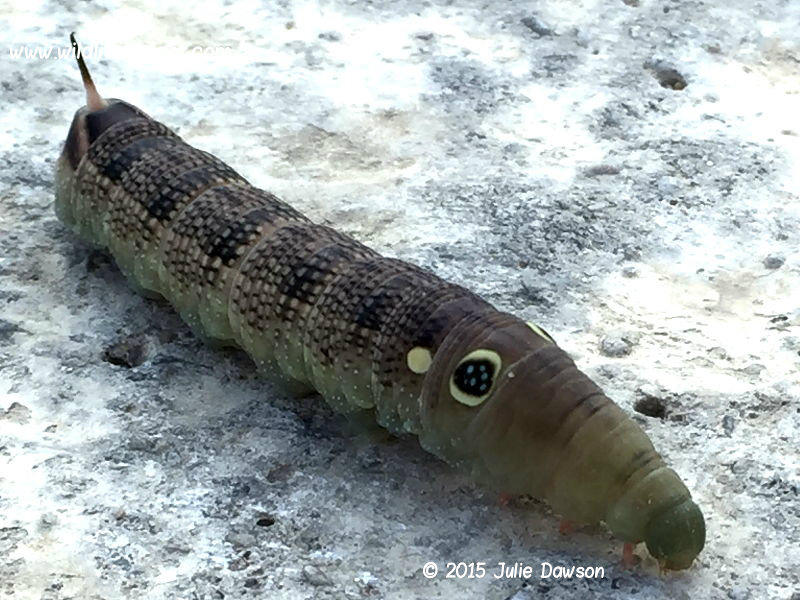 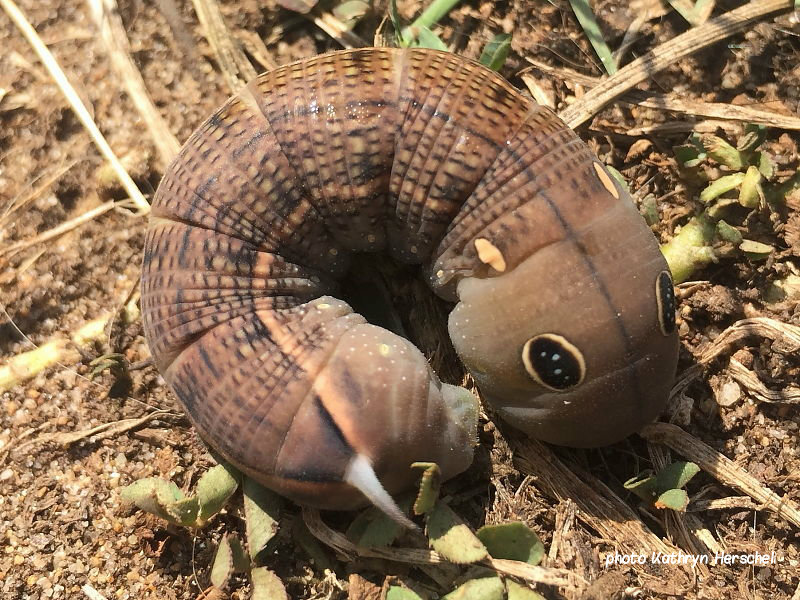 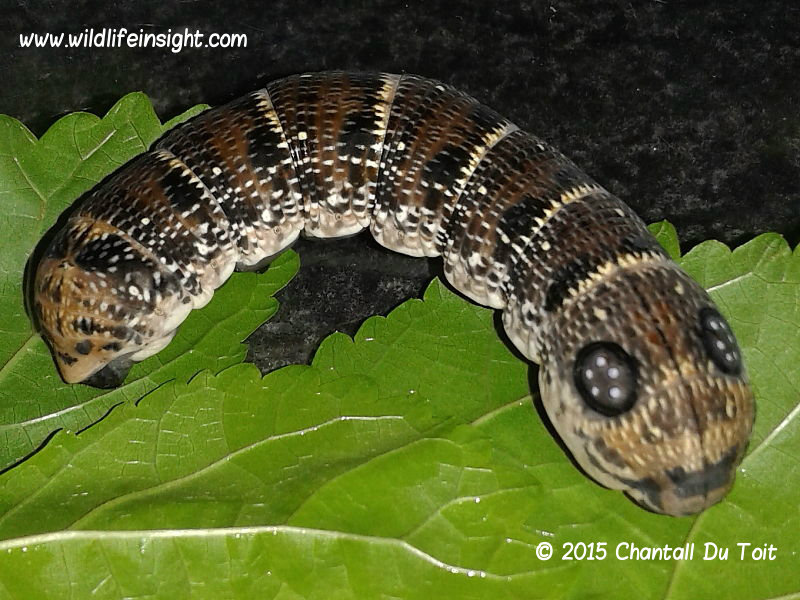 The Greater Silver-striped Hawkmoth or Large Striped Hawkmoth, Hippotion osiris is a rare migrant to southern Europe from Africa.

In South Africa, where it is resident, caterpillars are frequently found wandering as they near pupation.

The image shown was taken by Chantall Du Toit in South Africa.

More information and sightings received from around the world of the Greater or Larger Silver-striped Hawkmoth and larvae, Hippotion osiris, will shortly be added.

Sightings are welcome and photos will be added with accreditation. Copyright of photos remains with the photographer.