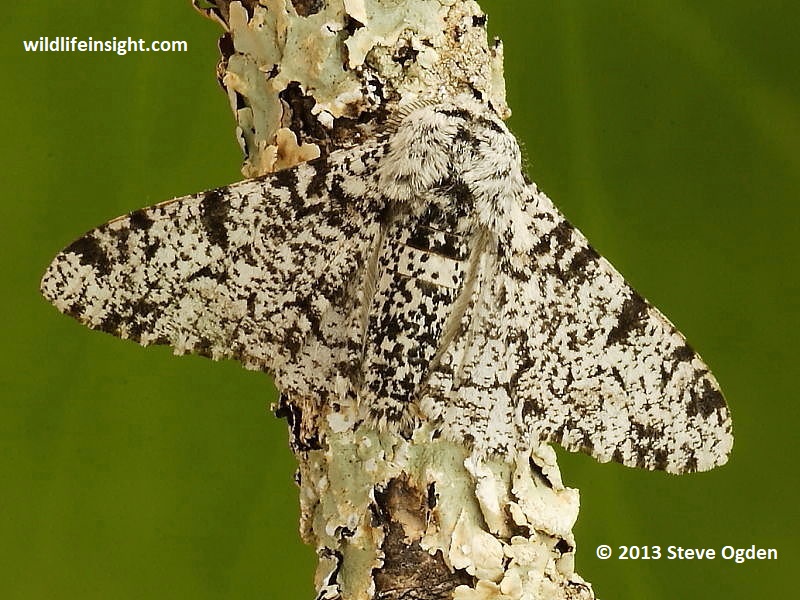 The Peppered Moth is well distributed throughout much of the British Isles, being most common in the southern half of England.

The moth is also found in large parts of Europe, Asia and North America.

In the British Isles it has a single flight period between May and late August when males are more frequently attracted to light than females. 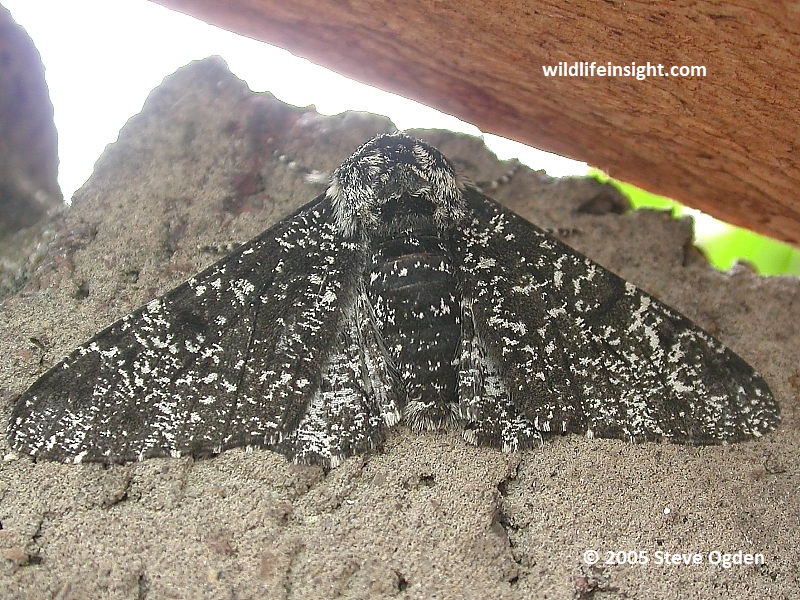 The forewing length is up to 28 mm.

The most common form is white with black speckling which helps disguise the moth when resting on lichen covered tree trunks.

However, there are darker forms about which much has been written. These occur in varying numbers with their prevalence seemingly determined by pollution levels.

Studies have shown these dark forms to have been most frequent in heavily industrial areas prior to the clean air act of 1956. In recent years, with improving air quality, the numbers of dark forms have declined significantly.

There is no shortage of discussion to be found on this subject both in print and on line. 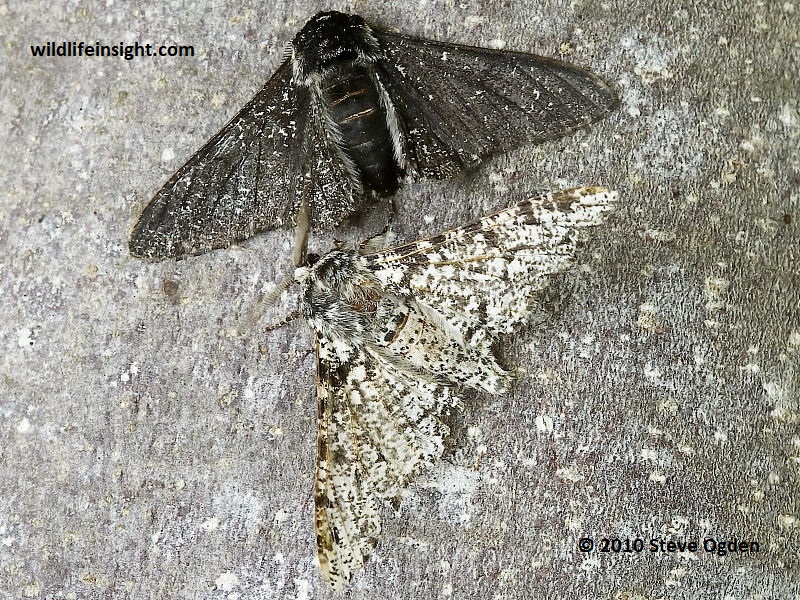 The dark form featured above was recorded in Leigh Woods, on the edge of Bristol in 2005.

The pale and dark forms featured together were attracted to light in the middle of the Marsland Valley Nature Reserve on the Cornwall and Devon county border in 2010.

The Marsland Reserve is a woodland habitat on the edge of the Atlantic managed by the Devon Wildlife Trust. Unsurprisingly for an area with high air quality this dark form was the only one recorded in several years of extensive light trapping. 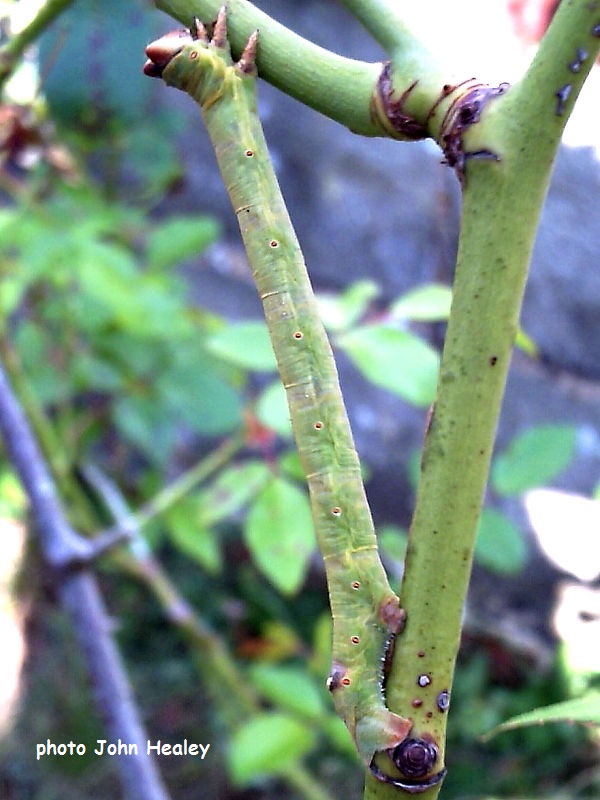 The fully grown Peppered Moth caterpillar is up to 60 mm in length.

Colour is extremely variable, ranging from a reddy brown to green.

A deeply cleft head, wart like structures sub dorsally on the lower segments and reddy brown spiracles are characteristic features.

The caterpillars host plants are extremely varied and include many deciduous trees such as sallows, lime, birch and oak. In gardens the larvae are commonly found on roses.

Eggs are laid on the leaves of the larval foodplant in summer. The caterpillars hatch within 5-10 days and are fully grown by the Autumn when they pupate in the ground to overwinter.

The Colour Identification Guide to Caterpillars of the British Isles – Jim Porter.
Field Guide to the Moths of Great Britain and Ireland – Waring, Townsend and Lewington. 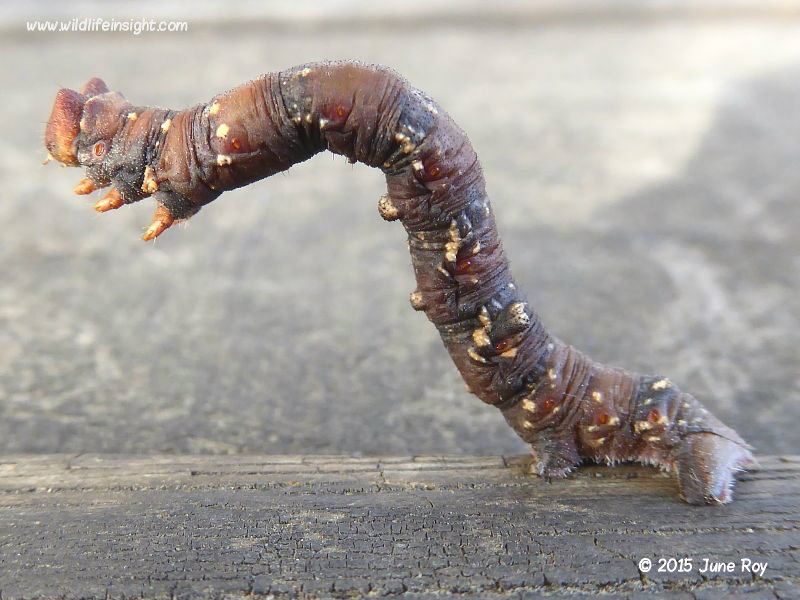 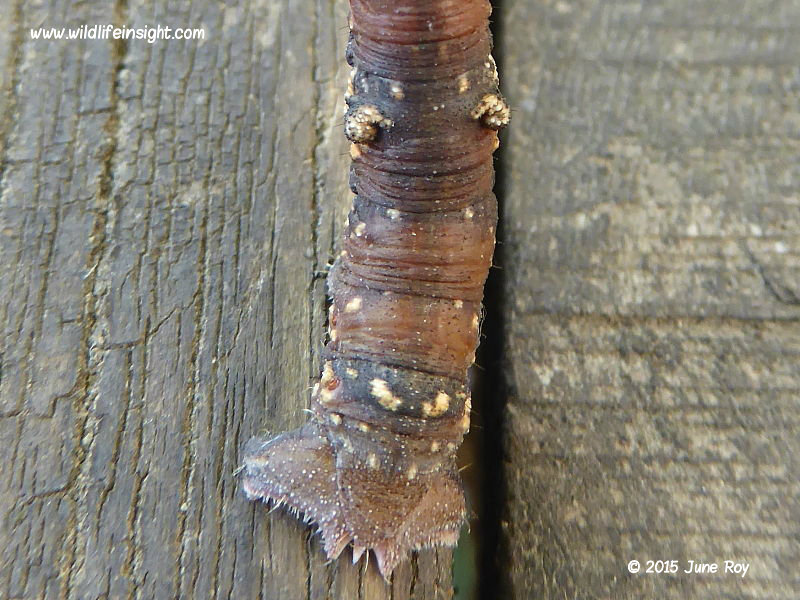 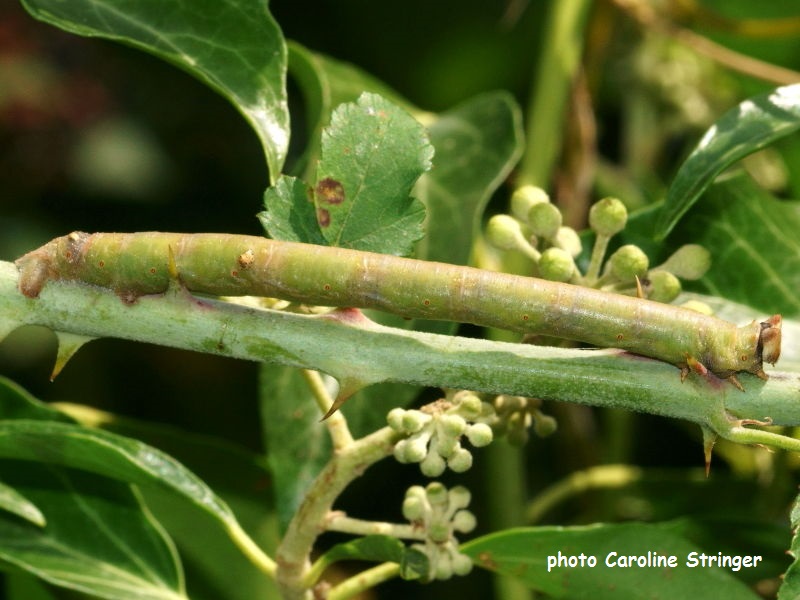 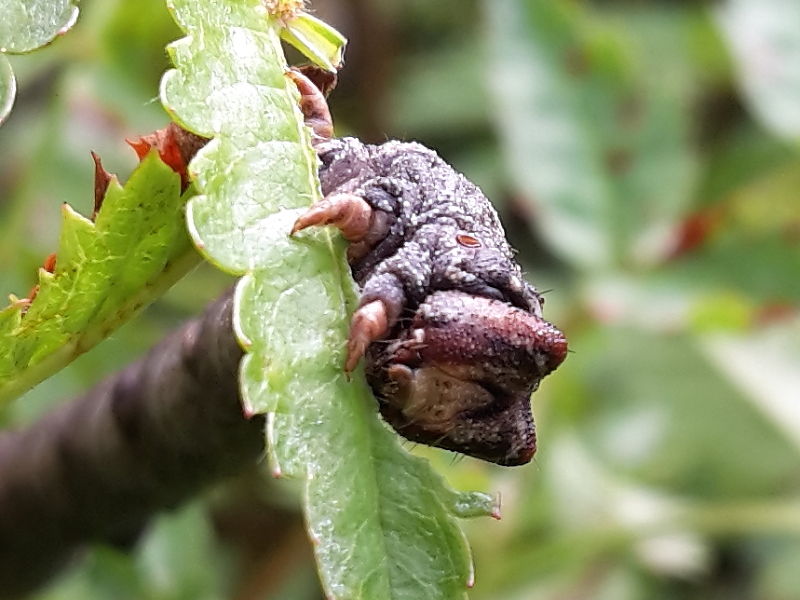 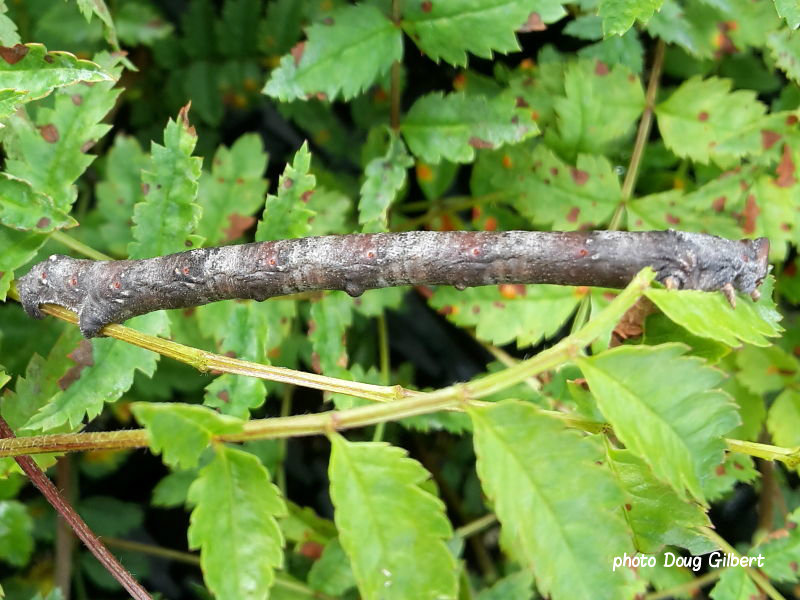 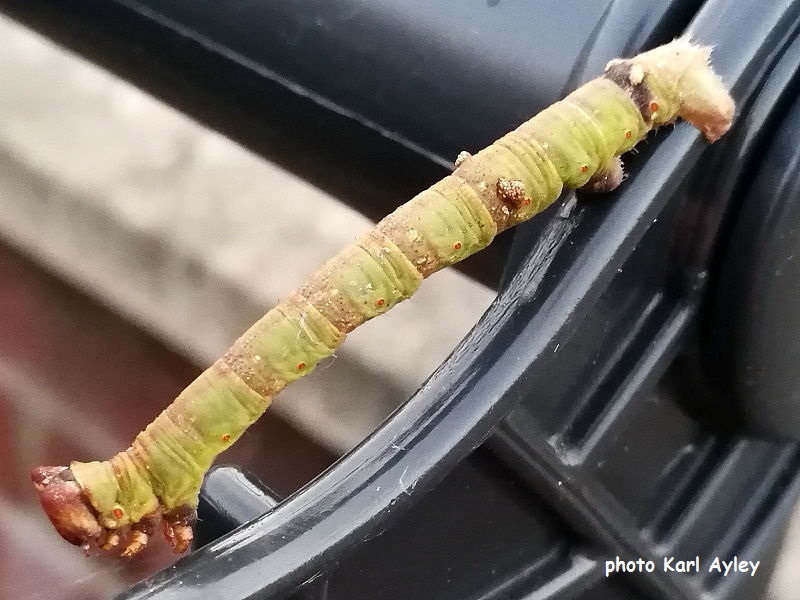