The Pale Tussock moth is a common species throughout much of the southern half of England and much of Europe. Also record in Northern Ireland and parts of northern England.

The moths fly in a single generation from late Spring to early summer when they are attracted to light.

Females are larger and paler than the males. Males having a wing length of up to 22mm, females approximately 30mm.

When settled the moths extend their hairy front legs out it front. 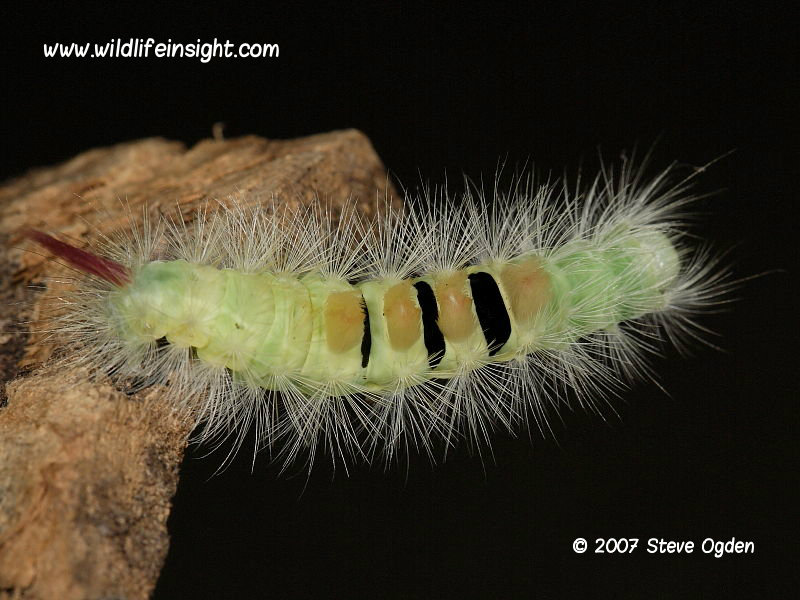 The caterpillars feed on a wide variety of deciduous trees as well as many other plants such as bramble and hops.

They were once commonly found on hops growing in the south east of England where the pickers referred to the caterpillars as Hop Dogs.

The hairs of the caterpillars were reputed to have caused quite severe allergic skin reactions among the pickers.

The caterpillars are slow growing, taking over two months to reach 40mm in length.

The larval colour varies with shades of lime green and pale yellow common but occasionally red.

A black band extending across the dorsal area of the upper body segments is noticeable when the body is stretched.

The single reddy brown tail tuft is most distinctive although may occasionally be absent – see image at foot of page.

The four tussocky dorsal tufts vary from white to brown.

The caterpillars are most commonly come across in late August and September when fully grown and wandering in search of somewhere to pupate.

The caterpillars pupate in leaf litter and overwinter as a cocoon. 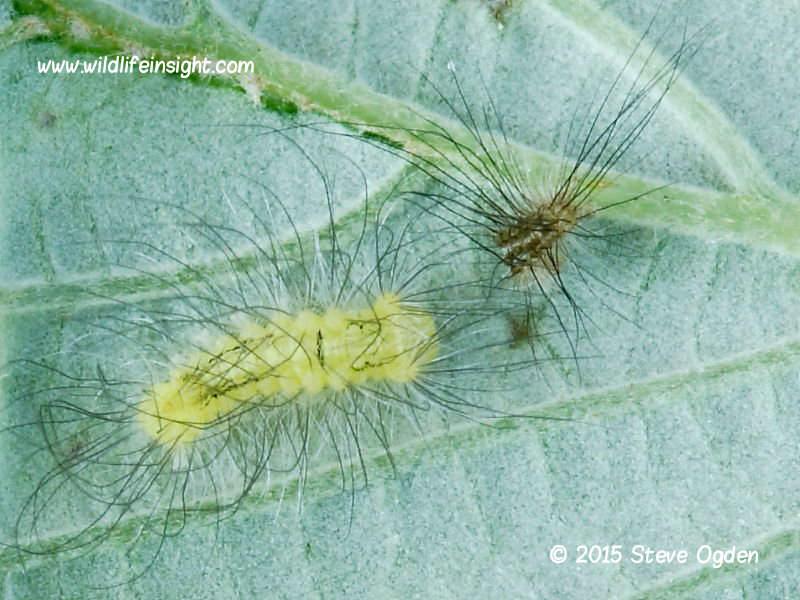 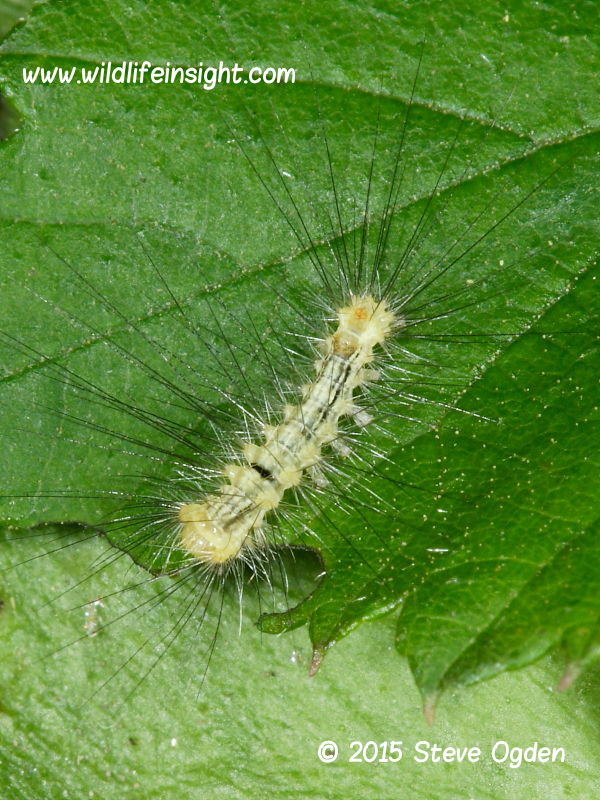 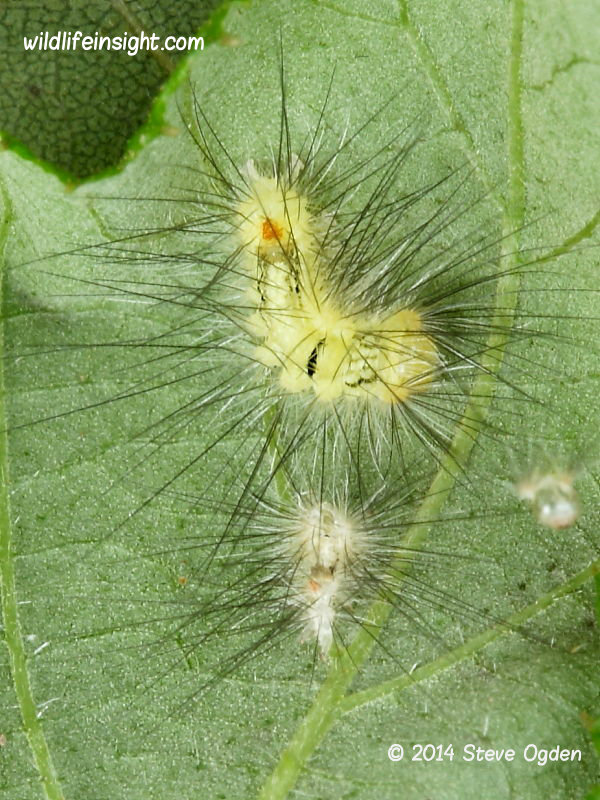 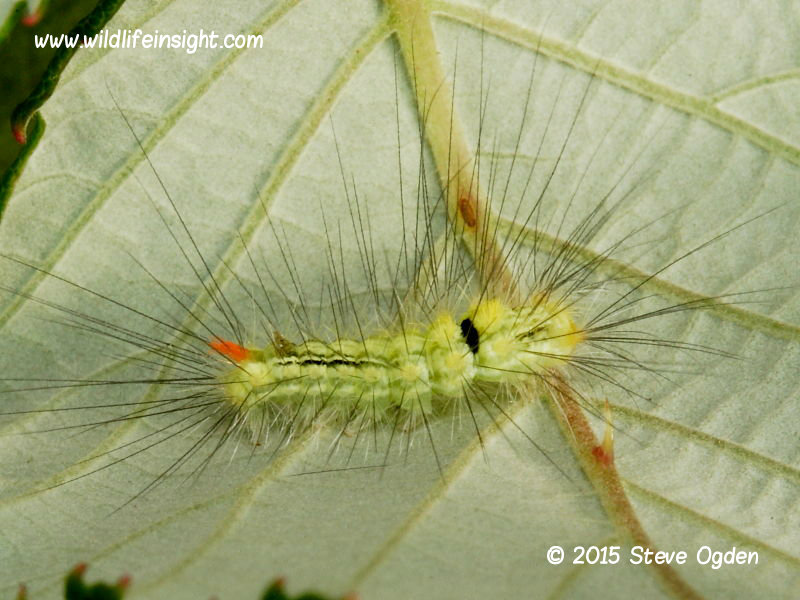 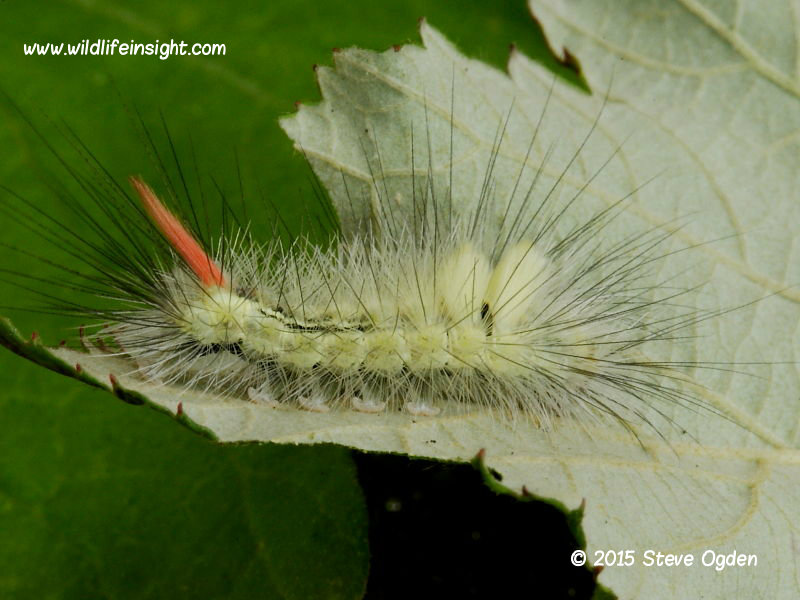 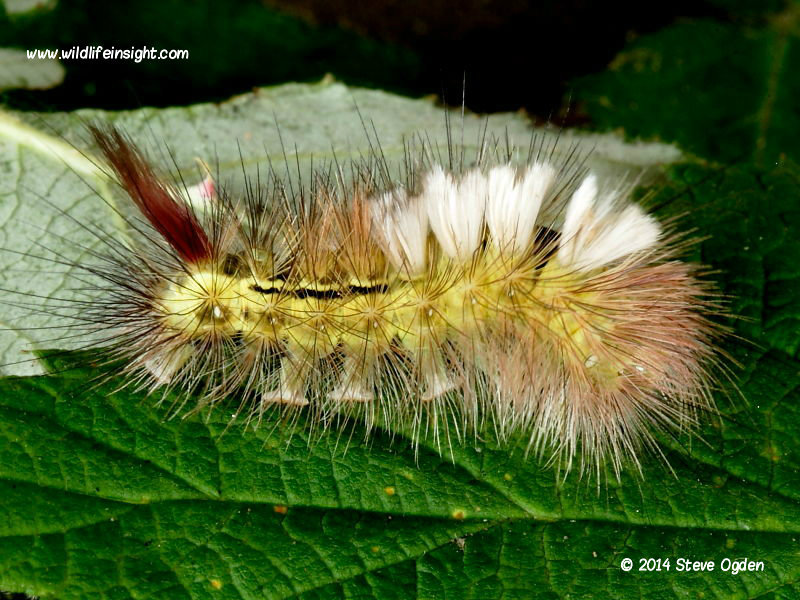 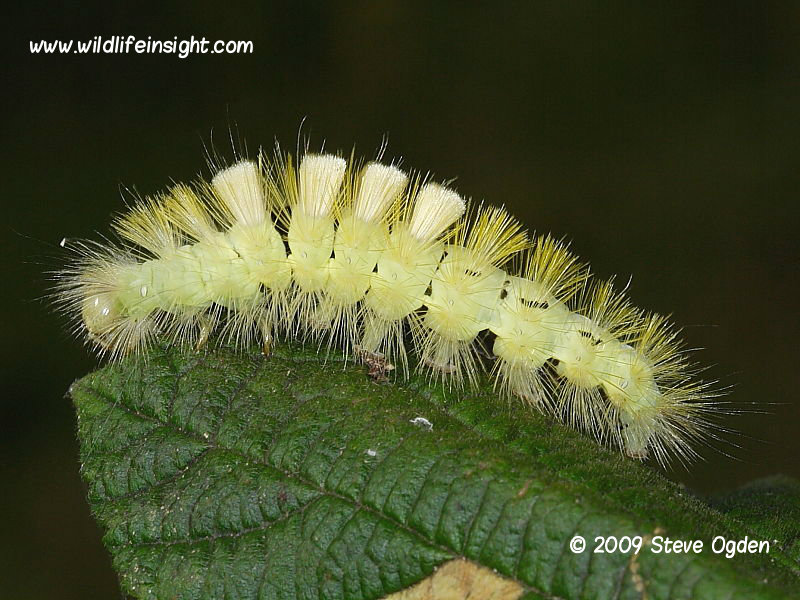 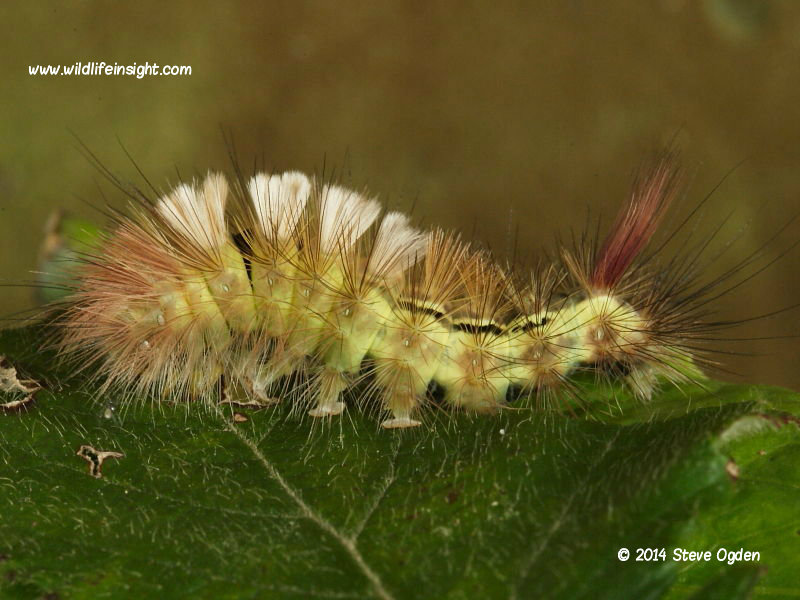 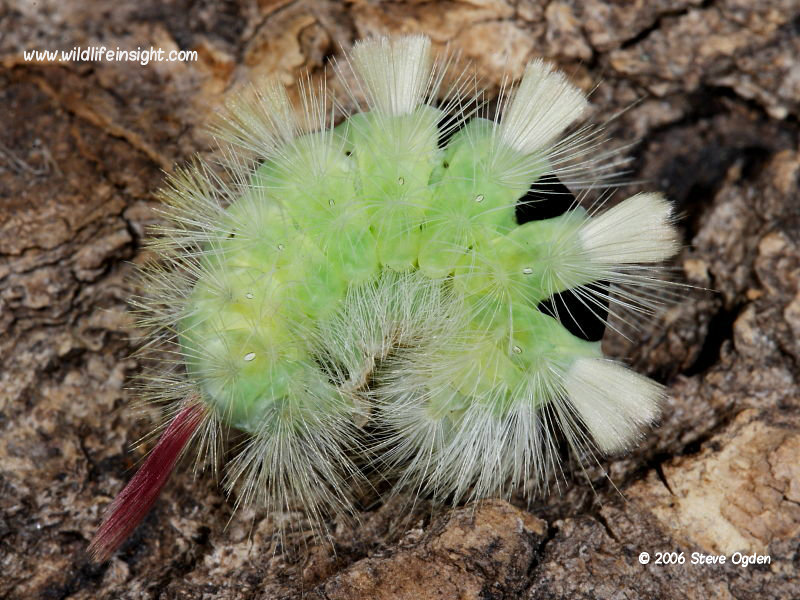 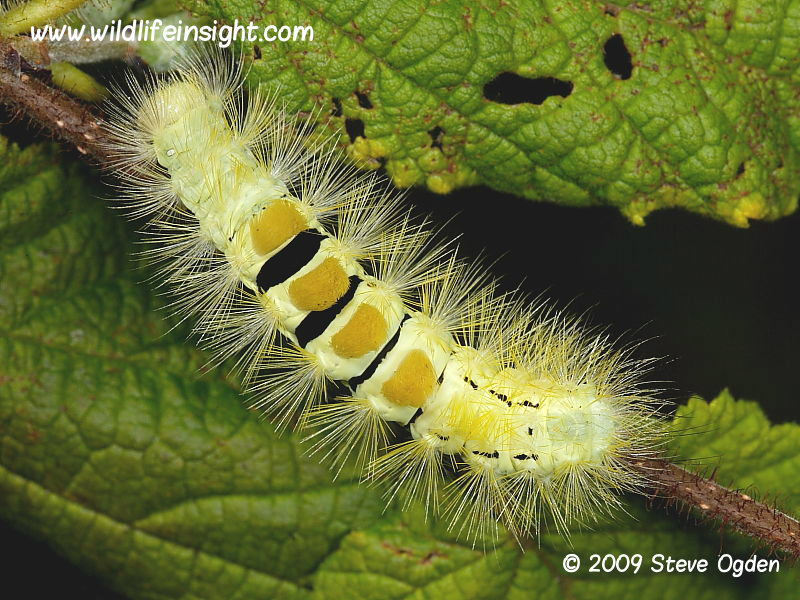 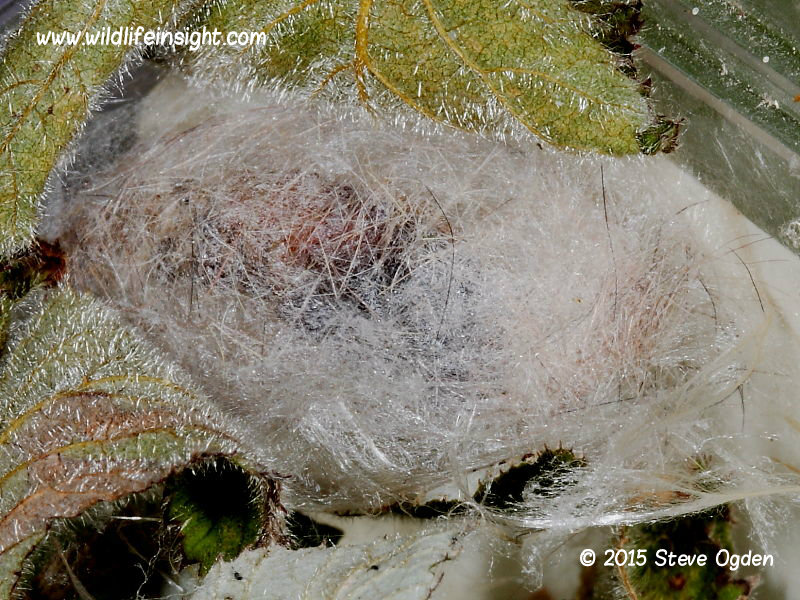