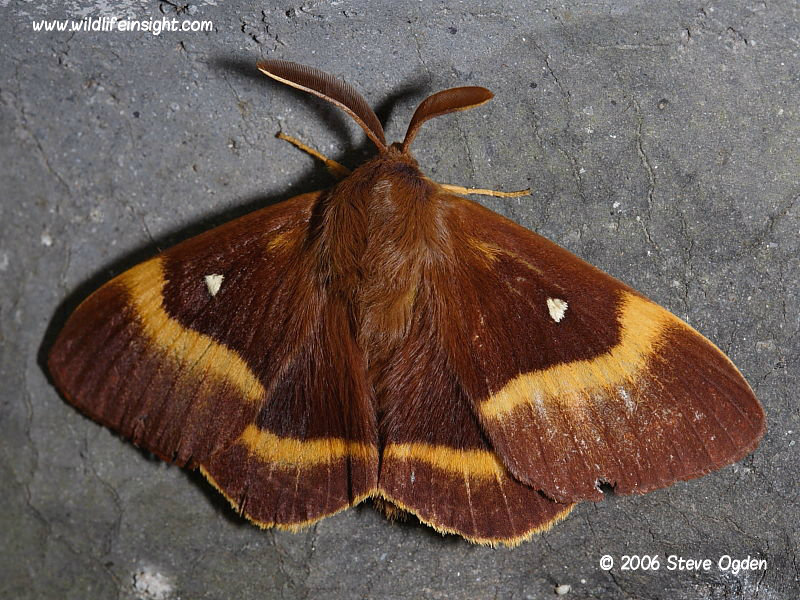 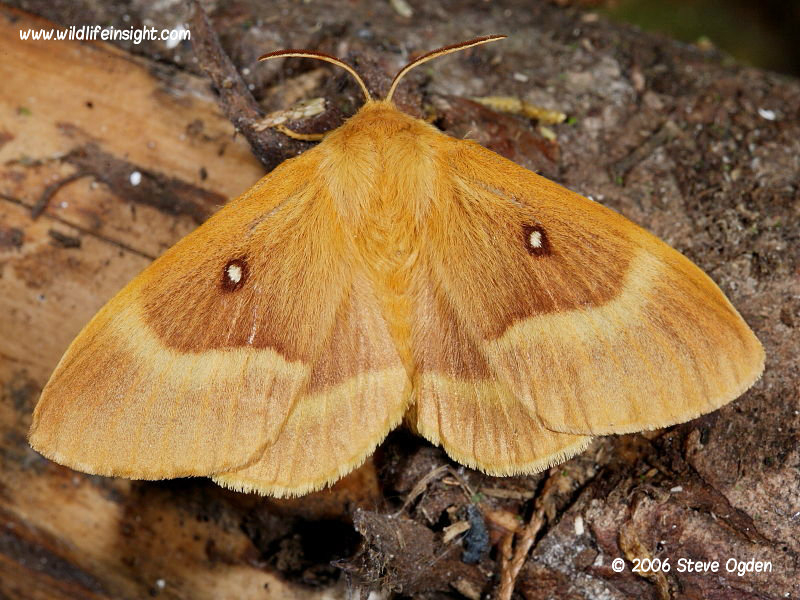 The Oak Eggar moth is a thick set species found throughout much of the British Isles in a wide range of habitats.

Strangely, despite its name, it is not associated with dense woodlands and is most common in open, uncultivated countryside such as moorland, meadows, downland and coastal grassland.

The day flying males are smaller than the females having a forewing length of about 24mm, and are also darker with heavily combed antennae.

The nocturnal females have an approximate forewing length of 30mm and are a yellowy/orange with less pectinated antennae.

Both male and female Oak Eggars have conspicuous white spots centred in the upper half of their forewings.

A northern form is generally slightly darker and larger.

The smaller Grass Eggar moth (lasiocampa trifolii) is an extremely localised species in the British Isles but may occasionally be found in the same coastal habitat. 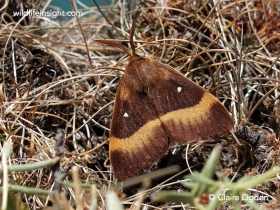 The Oak Eggar moths fly in a single generation between late June and August in the south when the females are attracted to light.

The daytime flying males, such as the one featured seen on the cliff tops above Mullion Cove in Cornwall, can commonly be seen flying quickly over the tops of low lying vegetation during afternoon sunshine following the pheromone trails given off by newly emerged nocturnal females.
Other males of species likely to be seen in similar habitat are The Emperor Moth and Fox Moth. 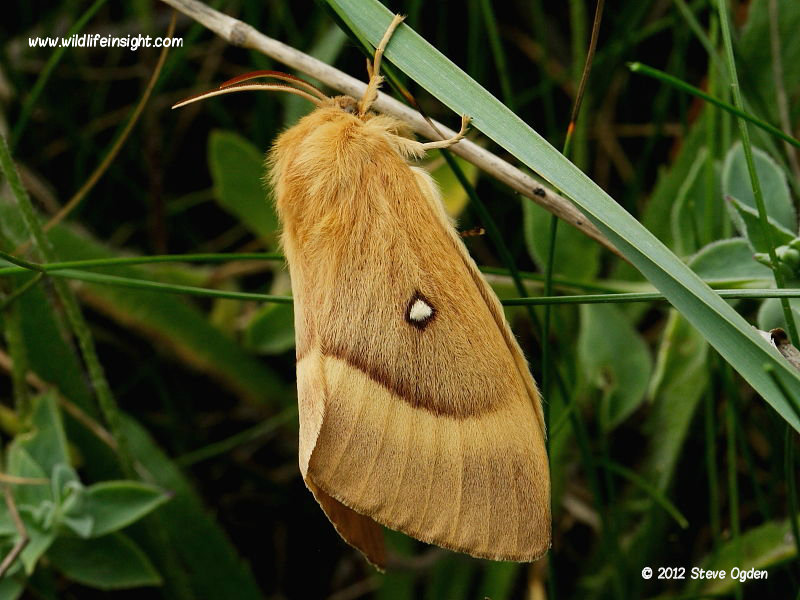 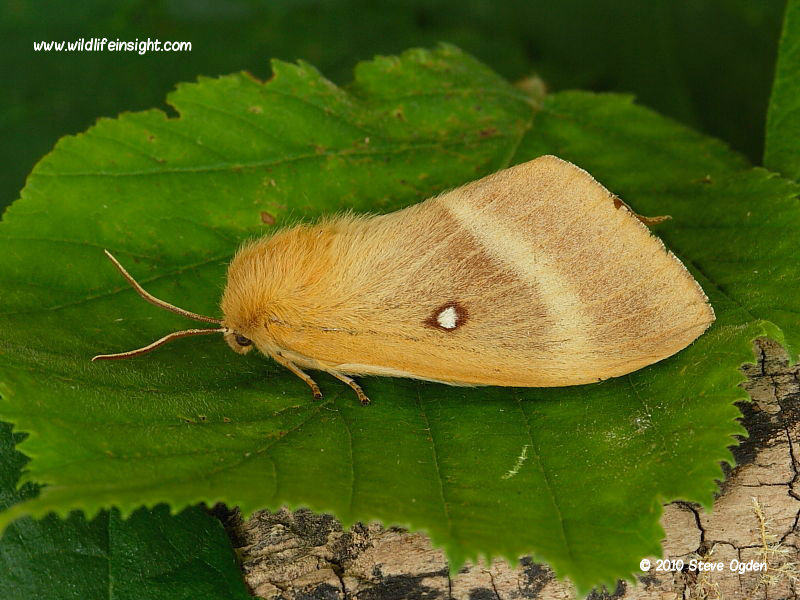 The male shown was attracted to a female placed outside in a net on a sunny afternoon. 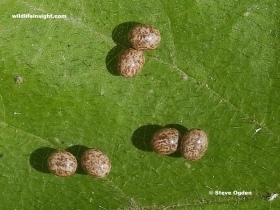 The females lay clutches of eggs which hatch within three weeks. The eggs featured were laid by a female attracted to light in a Cornish garden. 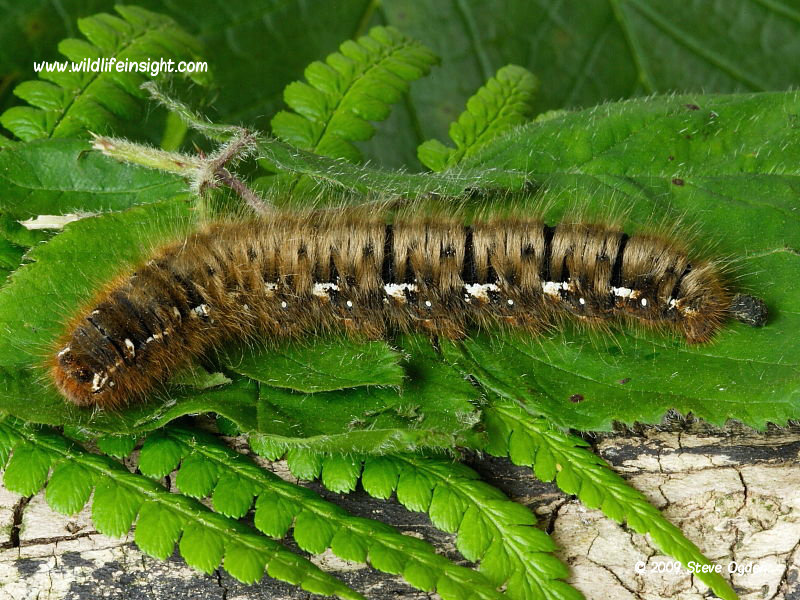 The caterpillars in south west Cornwall over winter in either their second or third instars and continue growth in the Spring before pupating inside a cocoon in leaf litter.

Most are fully grown by the middle of May and have pupated by the end of June.

In the north where there is a two year life cycle the moths fly between May and June and overwinter first as a small caterpillar and then again as a pupa. 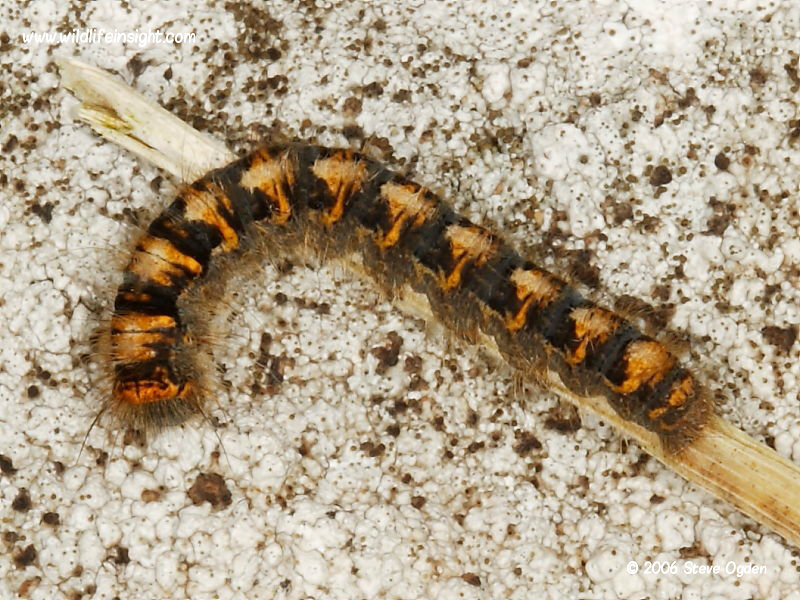 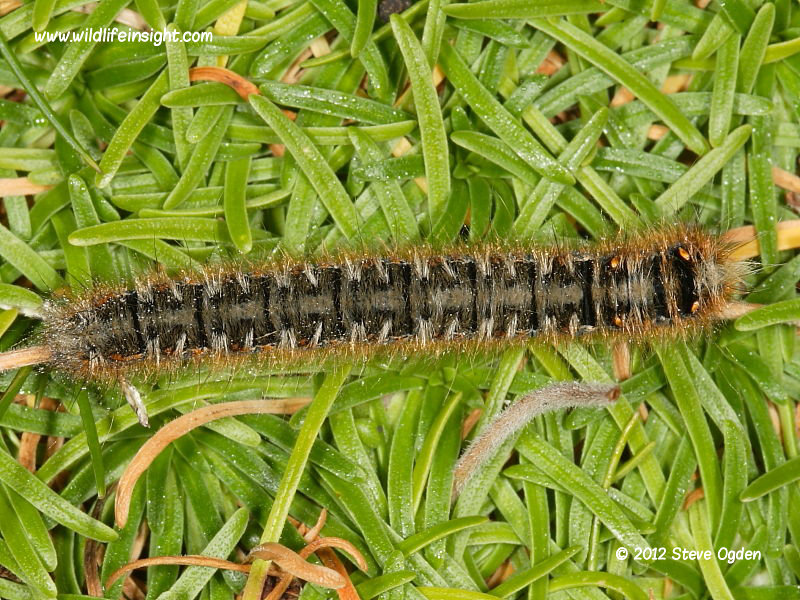 The caterpillars reach 80mm in length and feed on a wide variety of plants including heathers, brambles, sallows and hazel.

With each change of instar the caterpillars change appearance, becoming progressively hairier.

The extensive hairs of Oak Eggar caterpillars make them unpalatable to many bird predators and they will often be found sunning themselves on top of low lying vegetation.

The pupae is formed within a tough cocoon low down amongst plants and leaf litter.

Females lay freely in captivity and the caterpillars are easy to rear. Depending on the temperature the over wintering caterpillars may require some food. 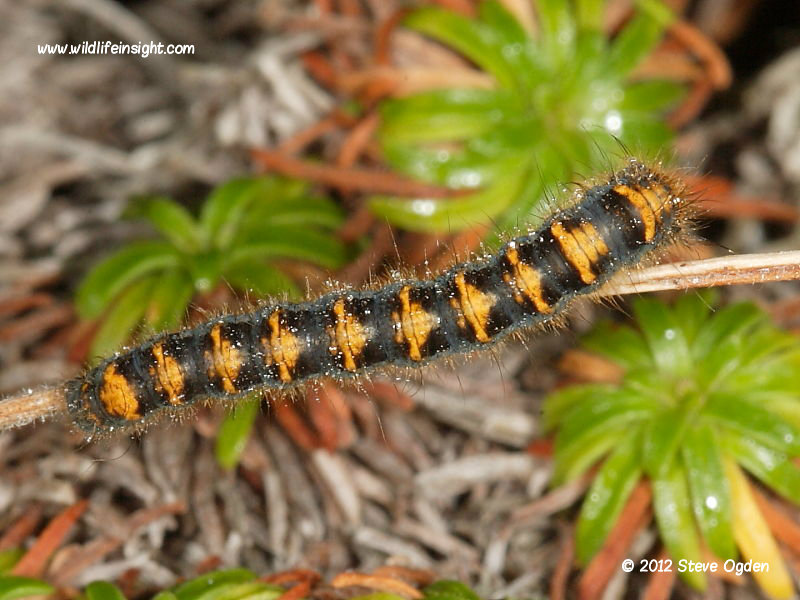 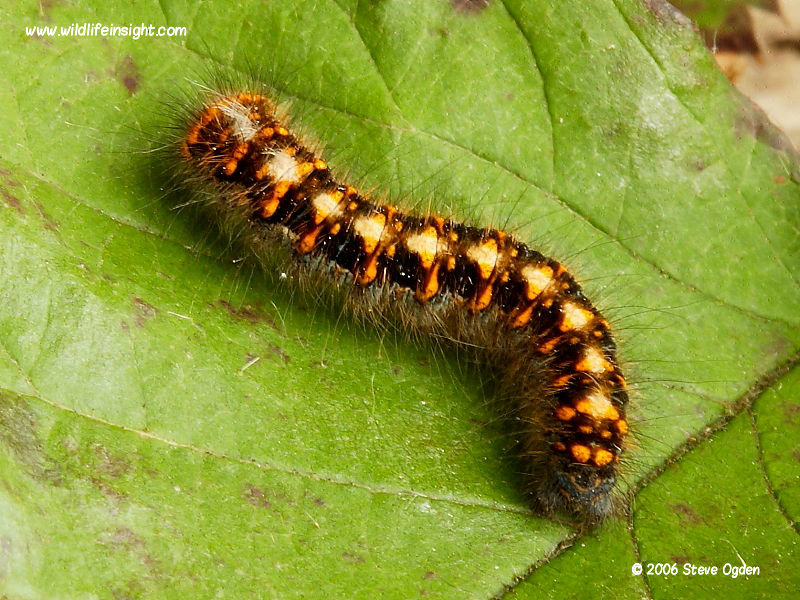 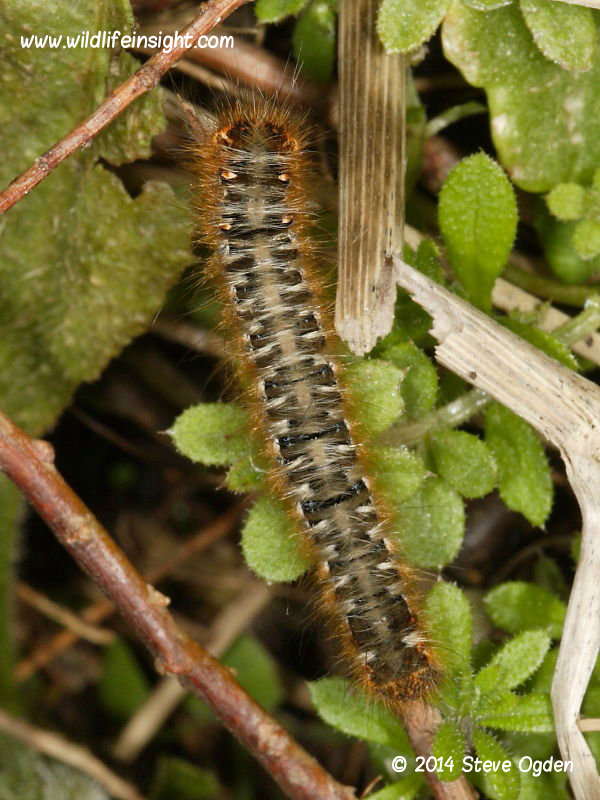 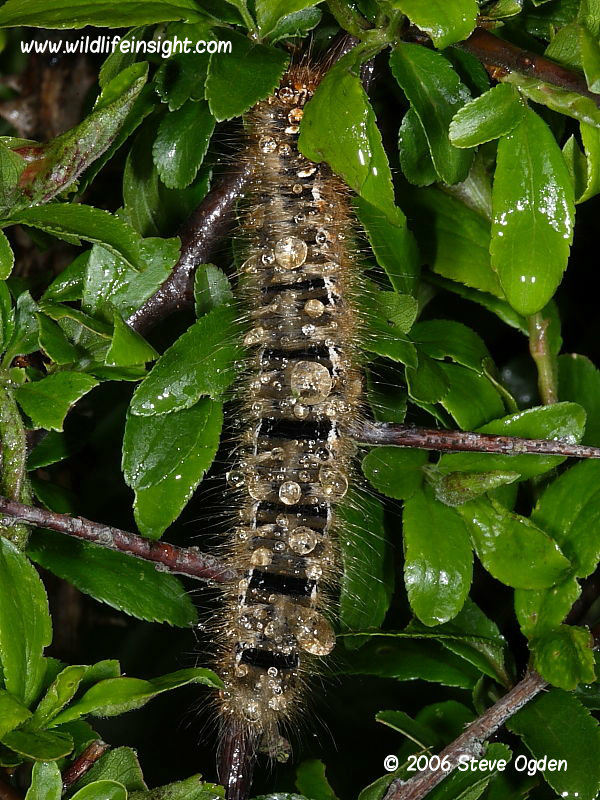