The Lesser Yellow Underwing moth, Noctua comes, is a member of the large Noctuidae moth family.

The species can be commonly found throughout much of the British Isles and Europe.

It’s a nocturnal species that flies in a single generation from late May to September and may be found in a wide range of habitats including gardens, woodland and open countryside. 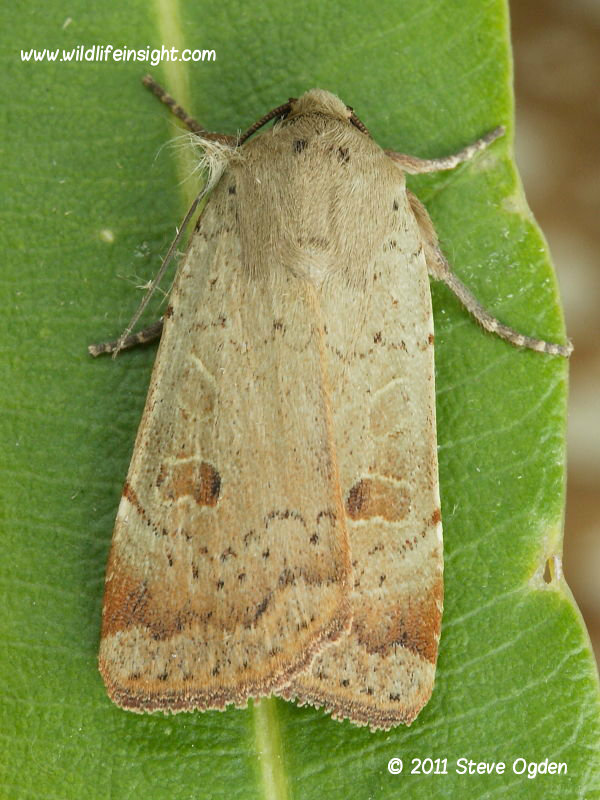 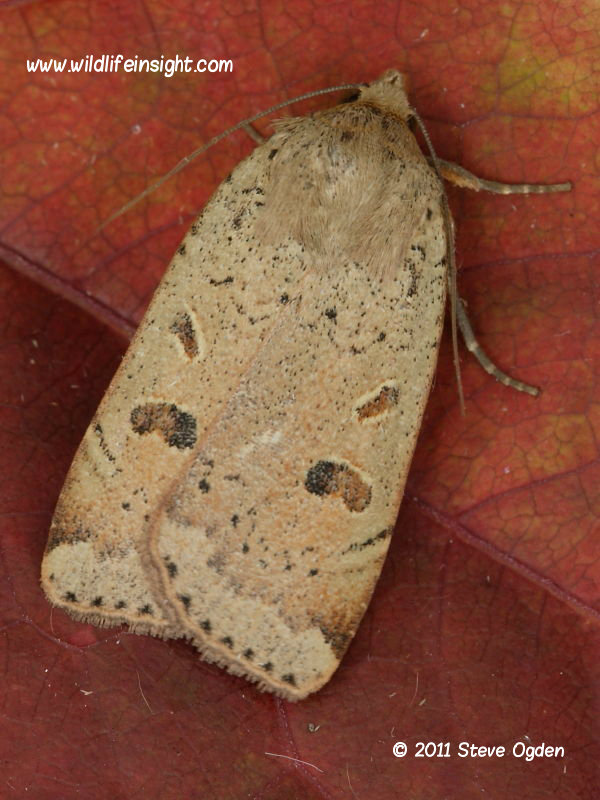 The Lesser Yellow Underwing moth has as a wingspan of about 40 mm.

The overall greyish brown forewings commonly have variations in both shading and in the intensity of black markings.

Images featured are of specimens attracted to light in various location in south west England.

In common with other Yellow Underwing species the hindwings are yellow with a black sub terminal band and are hidden when at rest. 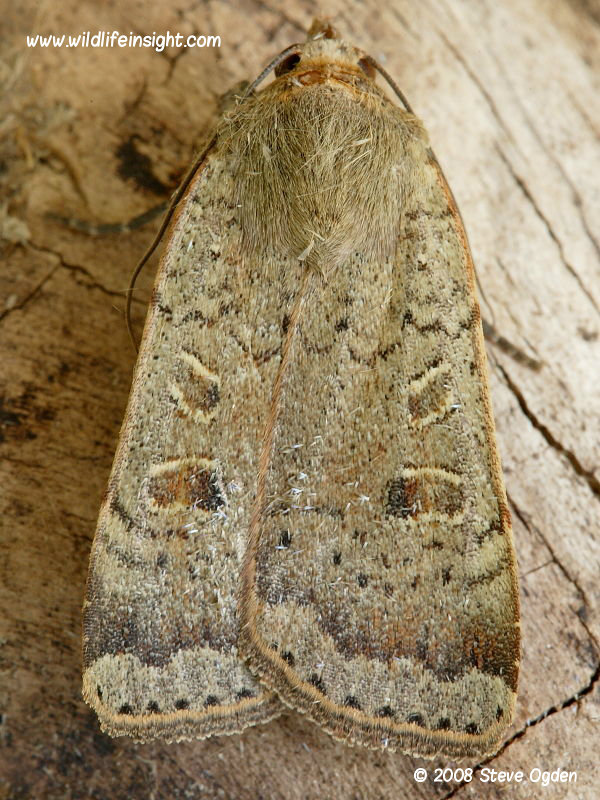 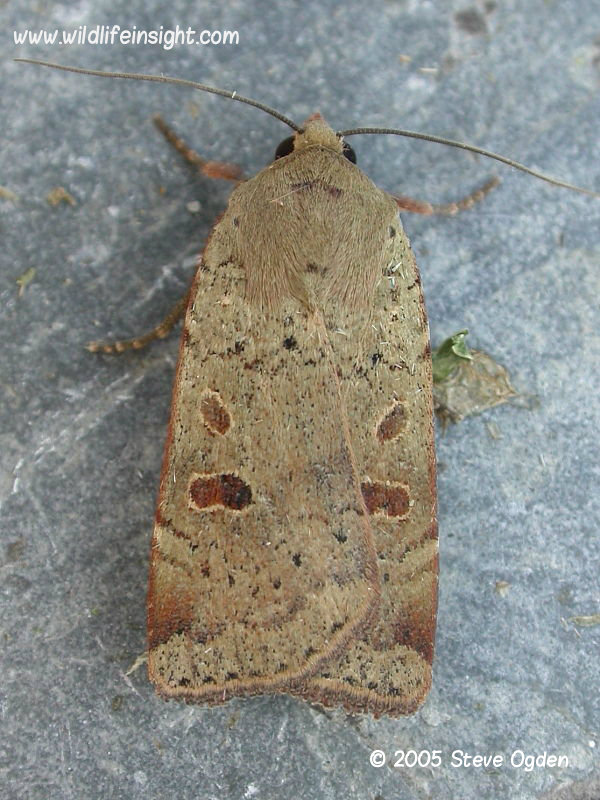 The caterpillars (larvae) are up to 45mm in length.

After hatching in the Summer and early Autumn they overwinter when still small.

The nocturnal feeding caterpillars feed on a wide range of low growing herbaceous plants and in the spring may also be found feeding in small deciduous trees such as Blackthorn and Hawthorn.

The image is of a fully grown, 40 mm long, Lesser Yellow Underwing caterpillar found amongst the roots and lower leaves of thrift at a coastal site in South West Cornwall in early April. 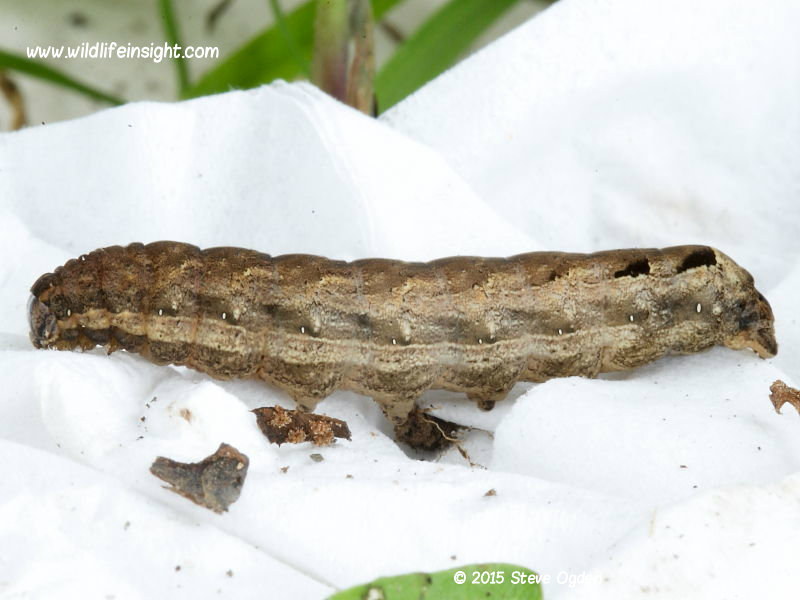 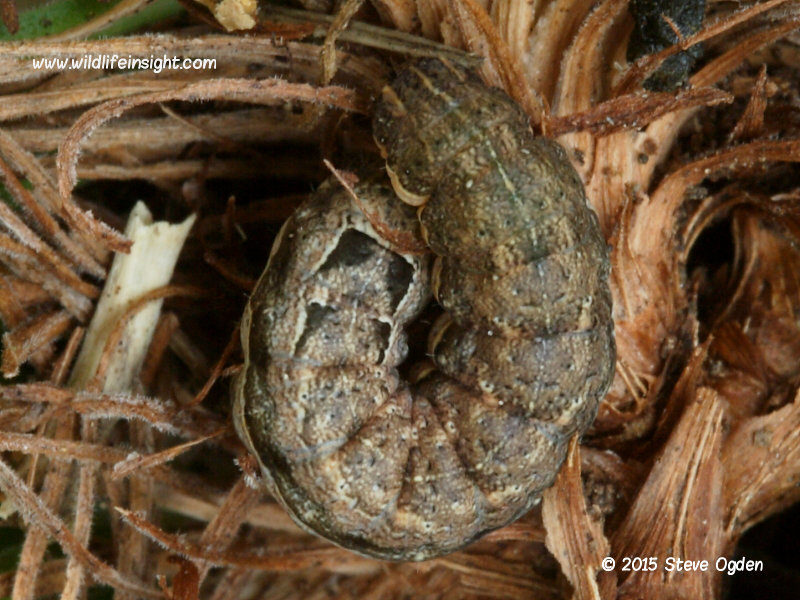 The overwintered caterpillars of the Lesser Yellow Underwing moth are frequently found in gardens.

At this stage they are easy to rear and will feed on a wide range of herbaceous plants commonly found in most gardens.

The one featured was reared on dock leaves.

The fully grown caterpillars pupate readily in a thin layer of soil.

The adult moths emerge within 3-6 weeks depending on temperature. 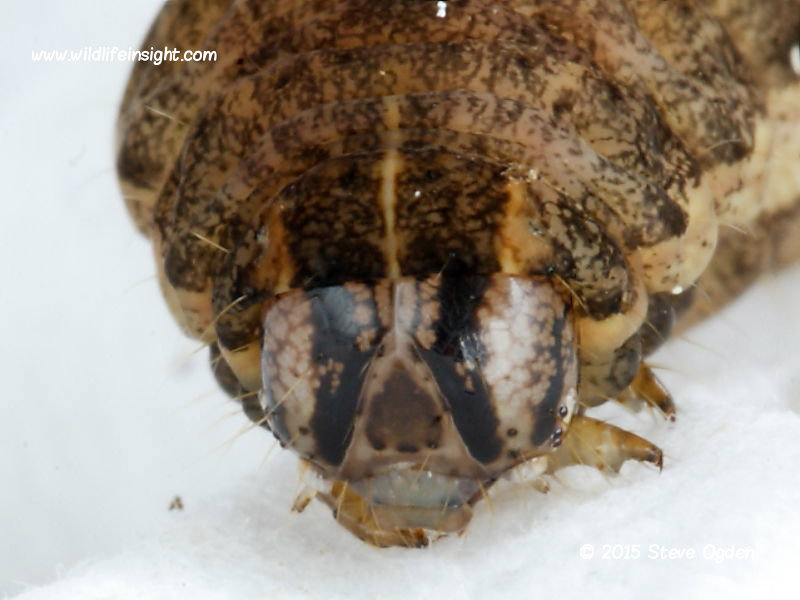 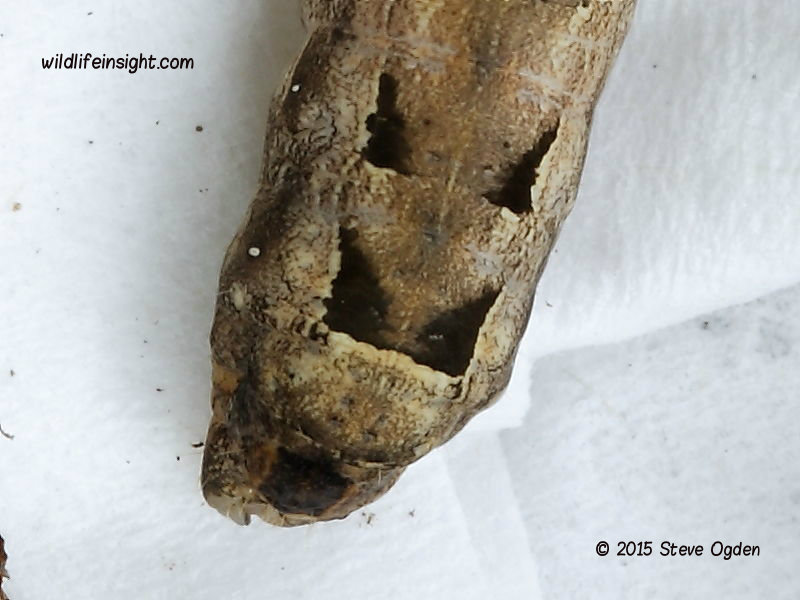