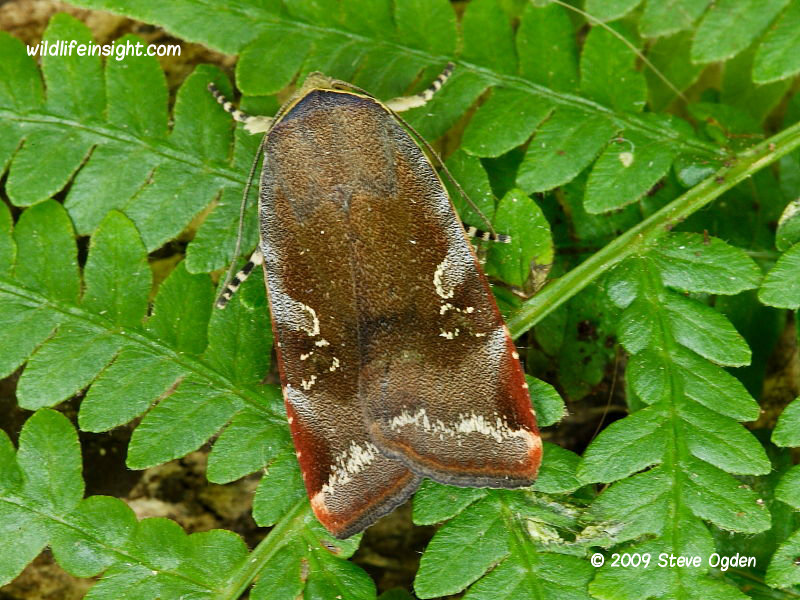 The Lesser Broad-bordered Yellow Underwing is a very common species through much of the British Isles and Europe.

It flies in a single generation between July and September when it may be found in a wide variety of different habitats including gardens, woodlands and open countryside. 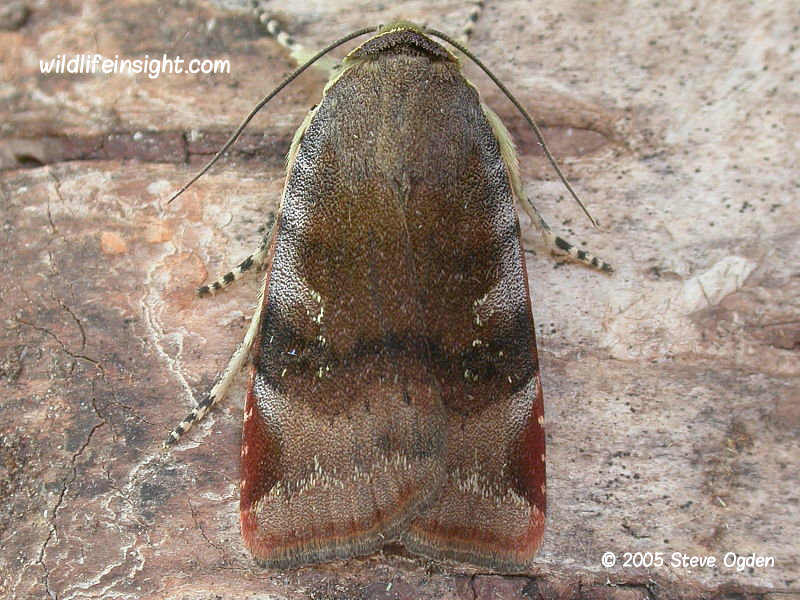 The Lesser Broad-bordered Yellow Underwing has a wingspan of about 40 mm.

The hindwings, which are hidden when at rest, are yellowy orange with a black, broad sub terminal band.

The caterpillars are up to 40 mm in length and feed on a wide variety of herbaceous plants, shrubs and deciduous trees.

They overwinter when partly grown and pupate in the ground in the spring.

Information and photographs of the Lesser Broad-bordered Yellow Underwing caterpillar will be added shortly.

The Colour Identification Guide to Caterpillars of the British Isles – Jim Porter.
Field Guide to the Moths of Great Britain and Ireland – Waring, Townsend and Lewington.
Moths of the British Isles – Bernard Skinnner.
The Provisional Atlas of UK’s Larger moths -Randle, Fox and Parsons
Moths of Great Britain and Ireland – Sean Clancy