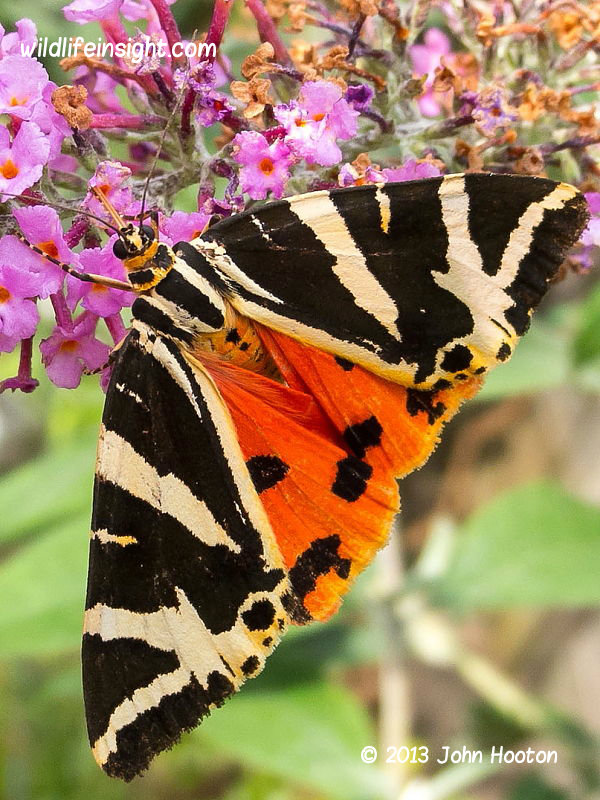 The Jersey Tiger Moth is an extremely localised species in the UK, most frequent in south coastal areas, with main colonies between Devon and Hampshire including the Isle of Wight. In recent years inland colonies have become established in parts of Somerset and London.

Isolated records are thought likely to be migrants crossing the English Channel from continental Europe.

The moths fly both during the day and night in a single generation between July-September.

The insects are attracted to light at night but may also be seen during the day feeding at flowerheads such as buddleias.

The Jersey Tiger Moth featured was sighted by John Hooton nectaring in his garden in Croydon, South London in 2013.

More recently there have been other sightings of this species in this area and John confirmed a local breeding population by finding the Jersey Tiger caterpillar featured below and photographed by his friend Wayne Notley.

2019 update – further expansion of range with many records received mainly from gardens in the south east, particularly Herts, Kent and parts of London. 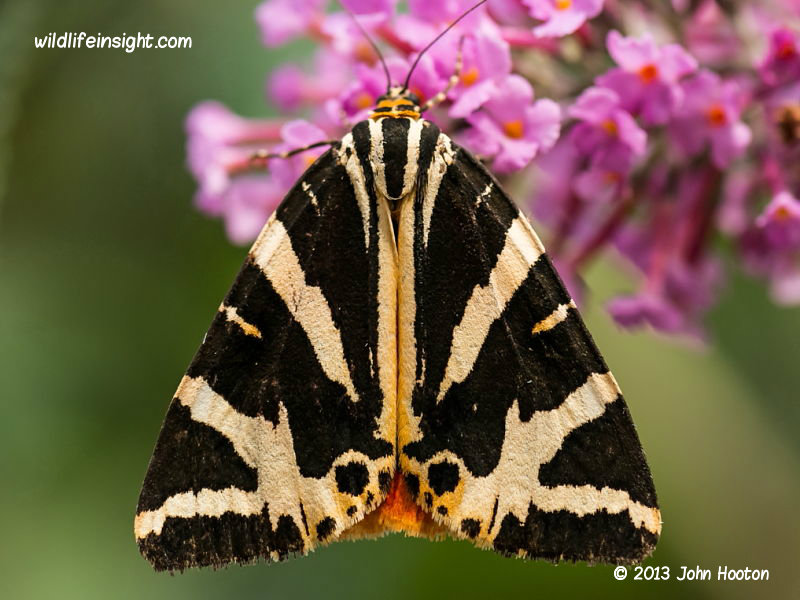 The Jersey Tiger Moth has c 30mm forewing length and is easily identified from other Tiger Moths by the creamy white stripes streaking its dark forewing. 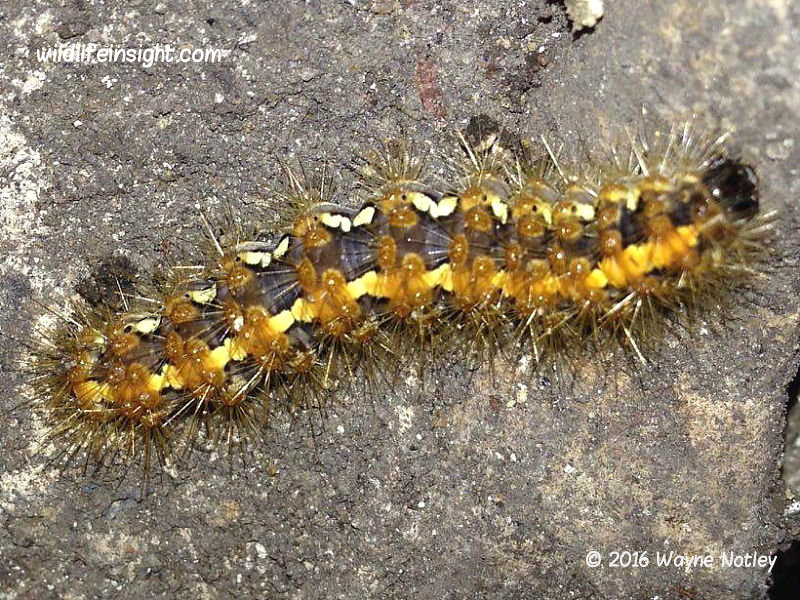 The larval foodplants are varied and include many low growing herbaceous plants often considered weeds such as dandelion, nettles and plantain. 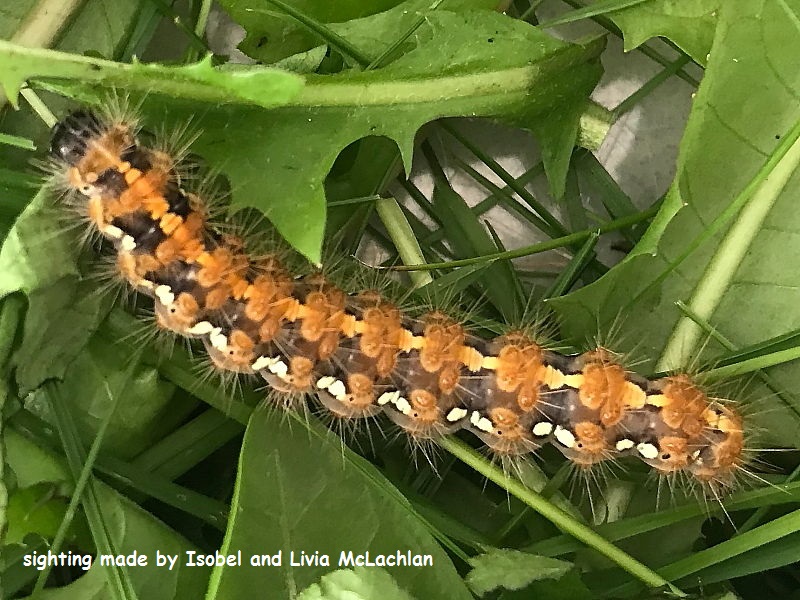 Eggs are laid on the larval foodplant.

The caterpillars overwinter when small, becoming fully grown by the following May/June.

Pupation takes places in a silk cocoon amongst plant/leaf litter.

The adult moth emerges in 4-6 weeks depending on temperature.

Rearing small, overwintering caterpillars is recorded by Porters as being difficult.

However, overwintered caterpillars are easy to rear. 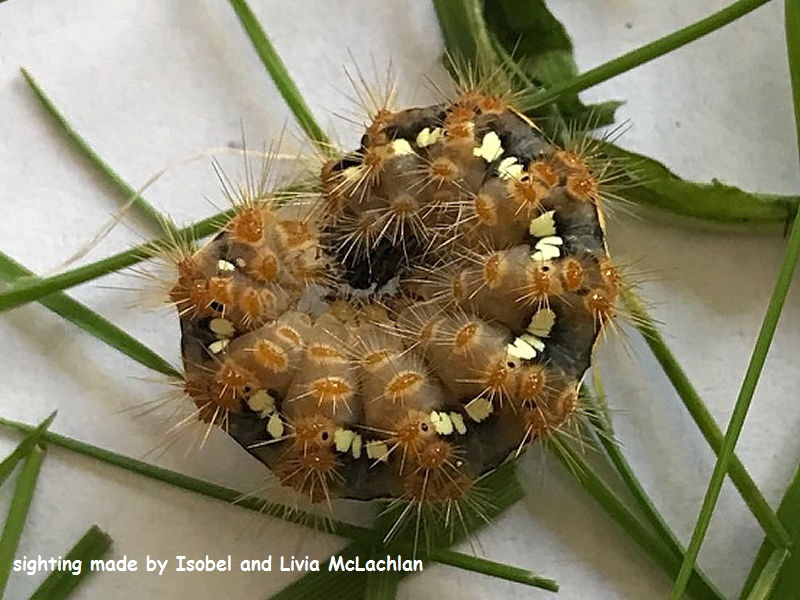 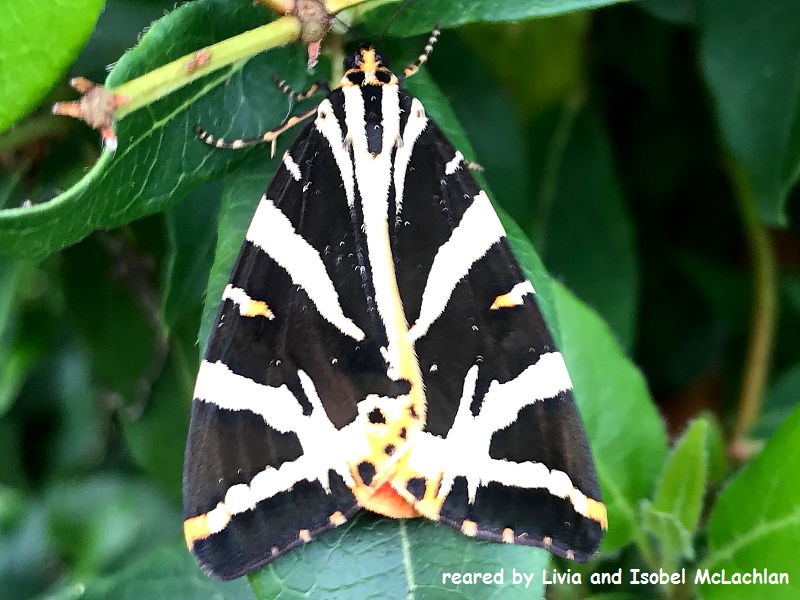 The Jersey Tiger Moth caterpillar featured above left was found by Isobel and Livia McLachlan in their garden in Beckenham, Kent.

They successfully reared the caterpillar through and were delighted to see the colourful moth, shown above, emerge from it’s cocoon formed in plant litter.

Once ready for flight the moth was released back into the garden. 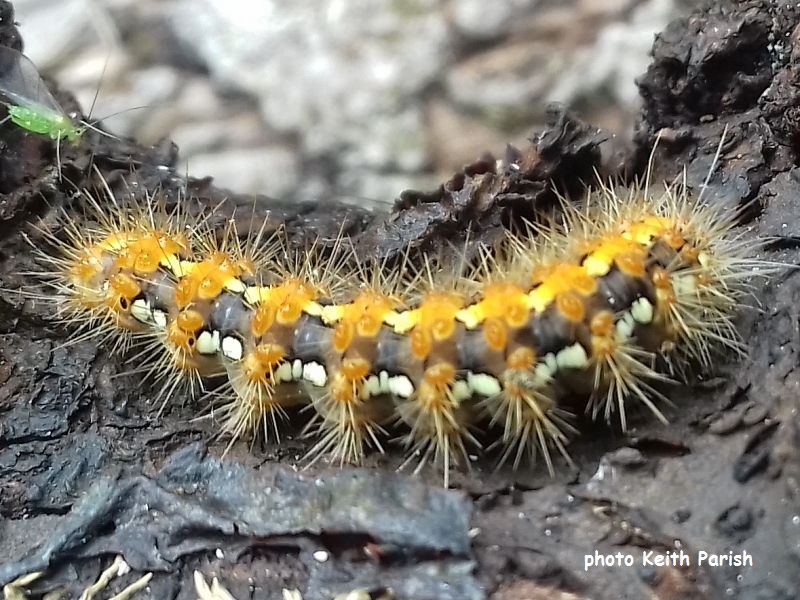 Keith Parish found this Jersey Tiger caterpillar in his garden in Enfield, UK.

It was on a log beneath some Ivy suggesting it was searching for a place to pupate.