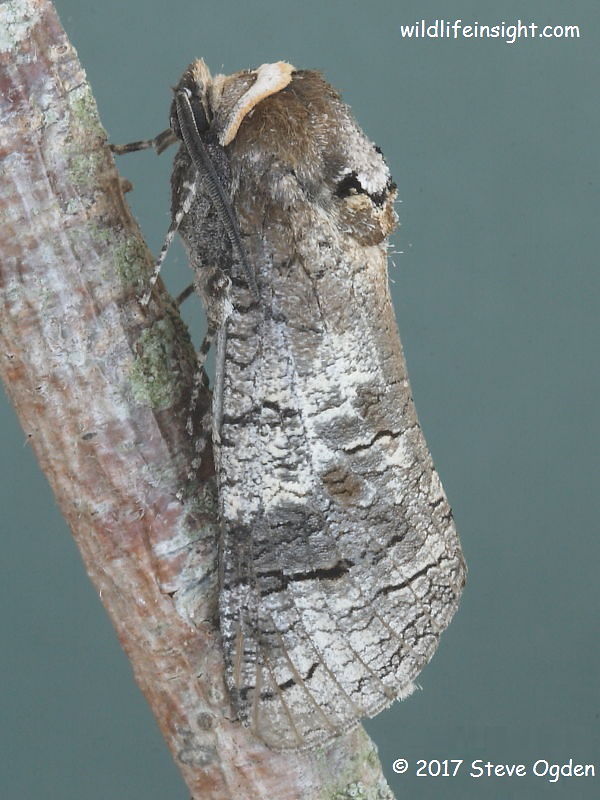 The Goat Moth is a localised moth in the British Isles, found mainly in the south and south east of England, absent from Cornwall and with small populations in south Wales and Scotland.

It’s a species also found in many continental European countries.

The Goat Moth is most frequently recorded in damp deciduous woodlands, fens and heathland, flying in a single generation between June and July when it’s attracted to light in small numbers

The caterpillars feed inside the trunks of a wide variety of deciduous trees such as willow, oak, apple and ash.

The species common name is derived from its caterpillars musty ‘goat like’ smell.

The Goat Moth is unlikely to be mistaken for any other species in the British Isles.

It’s a large, bulky moth with a forewing length of up to 42 mm.

The wings are crypticaly marked to merge with the cracked bark of trees. 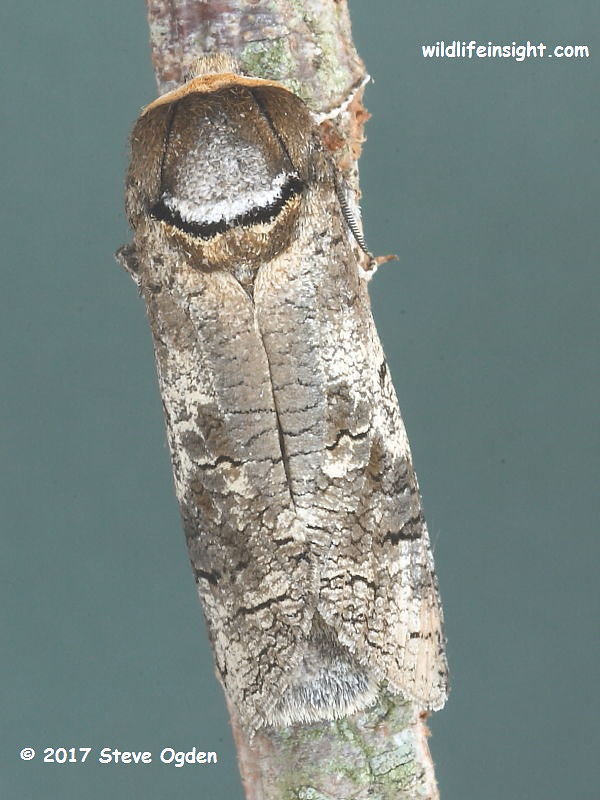 It’s also one of the longest lived, slowly growing inside a tree trunk for as long as five years (ref Jim Porter’s colour caterpillar guide).

The Goat Moth was a species I’d always hoped to have the opportunity to rear and photograph. However, living in Cornwall, where it’s unrecorded, I wasn’t sure if I ever would.

So when an enquiry arrived about two Goat Moth caterpillars accidentally unearthed by Darren Upchurch whilst digging his vegetable bed in the nieghbouring county of Devon I gratefully accepted the opportunity to rear one.

Photographs of the caterpillar, cocoon with pupal exuviae and moth are featured as well as some of the other sightings gratefully received from the Uk and other parts of Europe.

Thanks go to Darren Upchurch and all those who’ve sent in sightings. 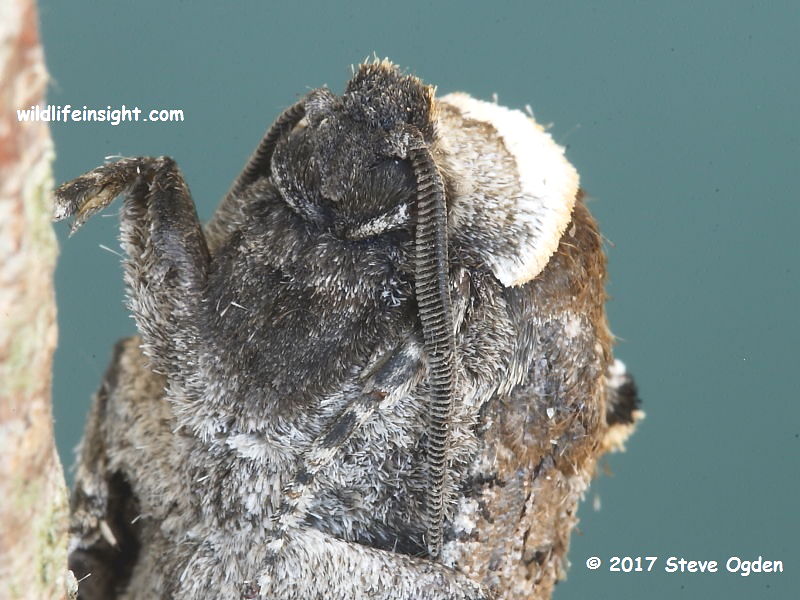 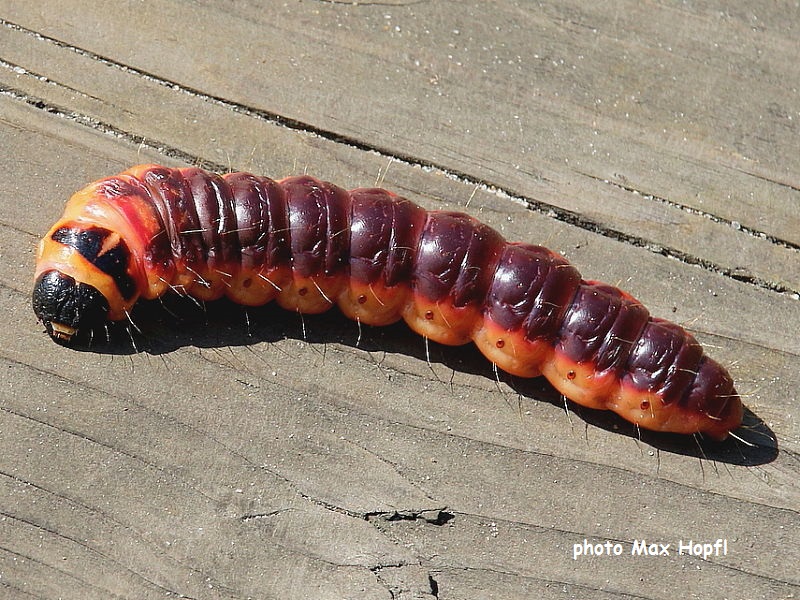 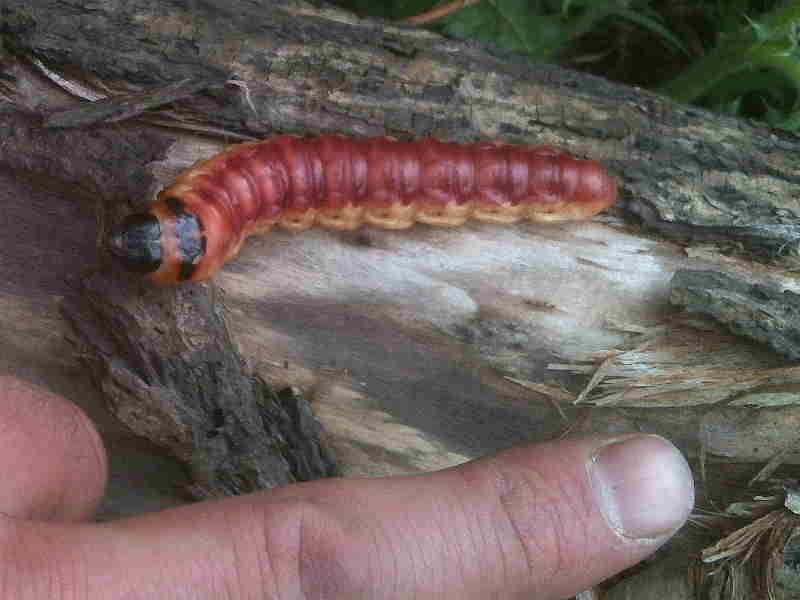 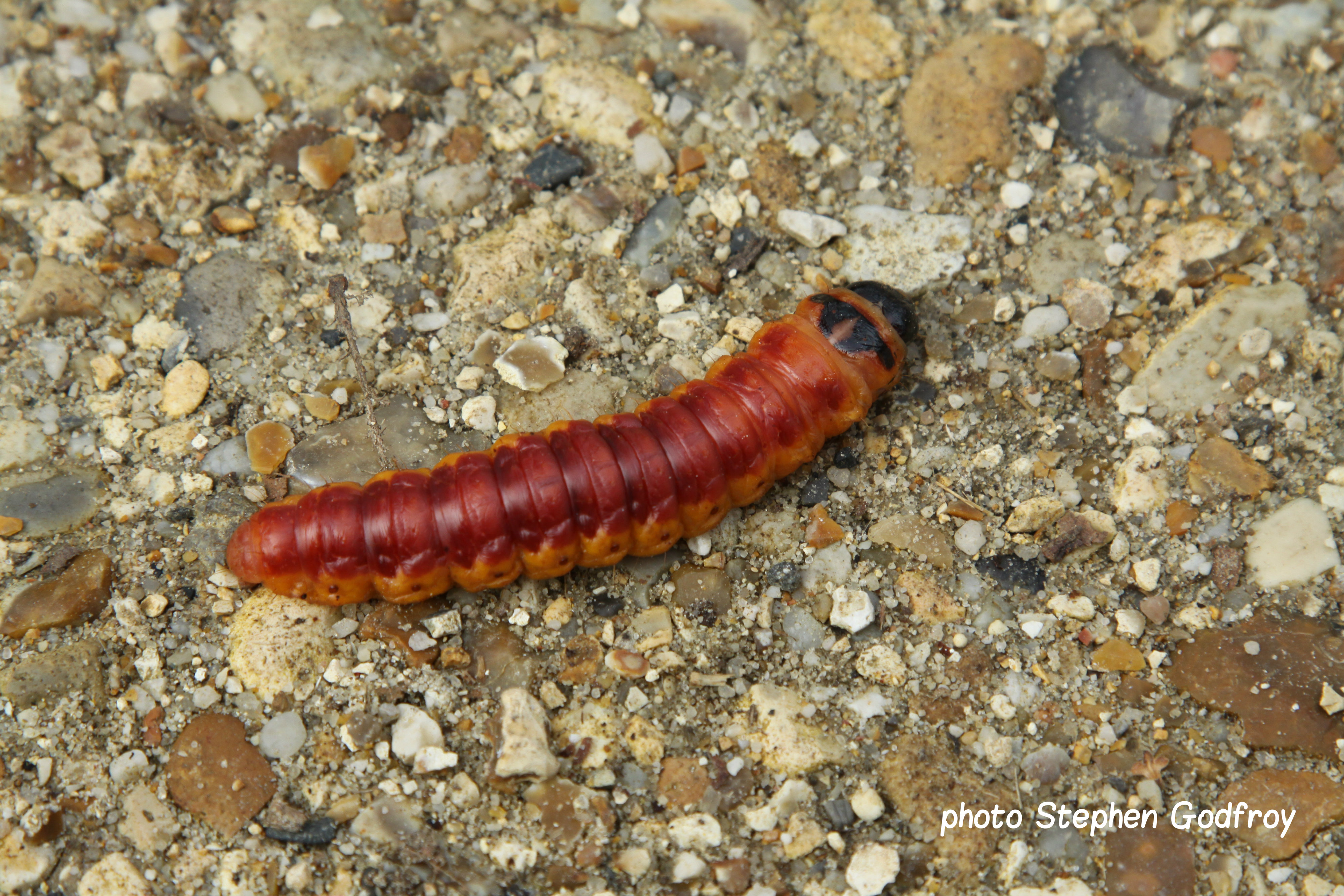 When fully grown the caterpillar is unmistakable – 100 mm in length, orangy/red, almost hairless skin, a black head and prothoracic plate.

Although holes in the bark or trees indicate larval workings the most likely time the caterpillars are seen is when many exit the tree in late summer and Autumn to wander in search of somewhere to overwinter in the soil.

Pupation takes place in a tough cocoon in the Spring after several months of inactivity.

Photographs of sightings shown of wandering caterpillars are from Max Hopfl in September at Thursley in Surrey (above left) and P Sellens in Norfolk woodland in late December (above right). 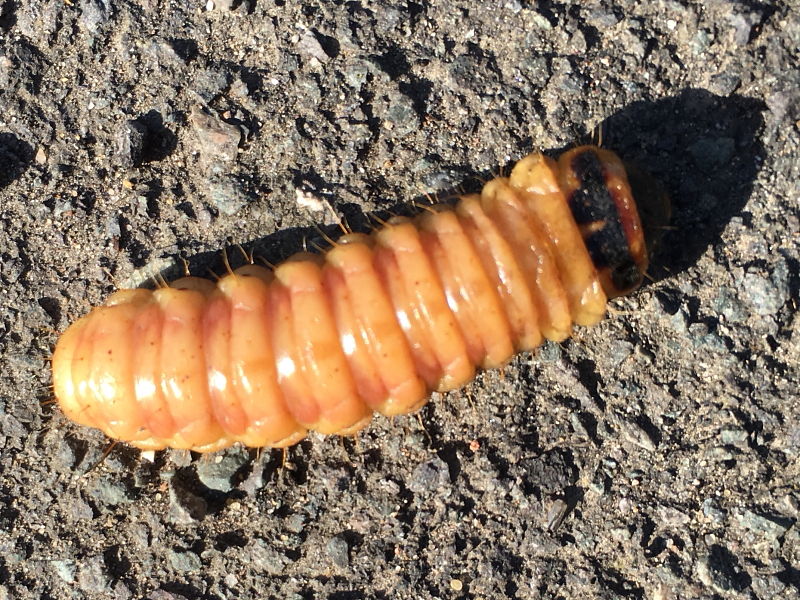 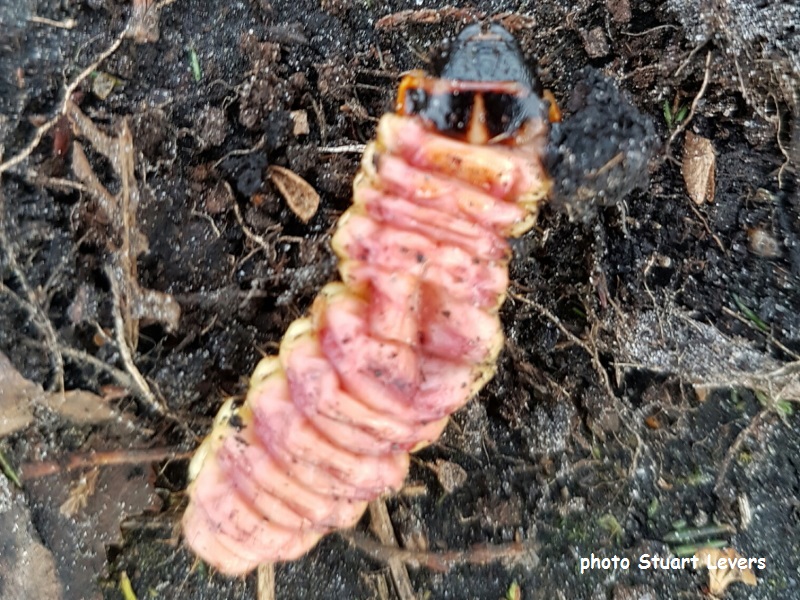 On checking dates of sightings received of Goat Moth caterpillars over the last ten years I was surprised to find that sightings had been received for 10 of the 12 months.

Notably those records between December and April were of either shriveled up or very pale caterpillars suggesting they’d been in the soil or trunk of a tree and been disturbed during diapause prior to pupating.

Bob Johns recorded the shriveled caterpillar above left on the Cambridgeshire fens in March.

The only sighting during this period that had a dark red dorsum is the one shown found wandering by Steve Godfroy in the New Forest during March. 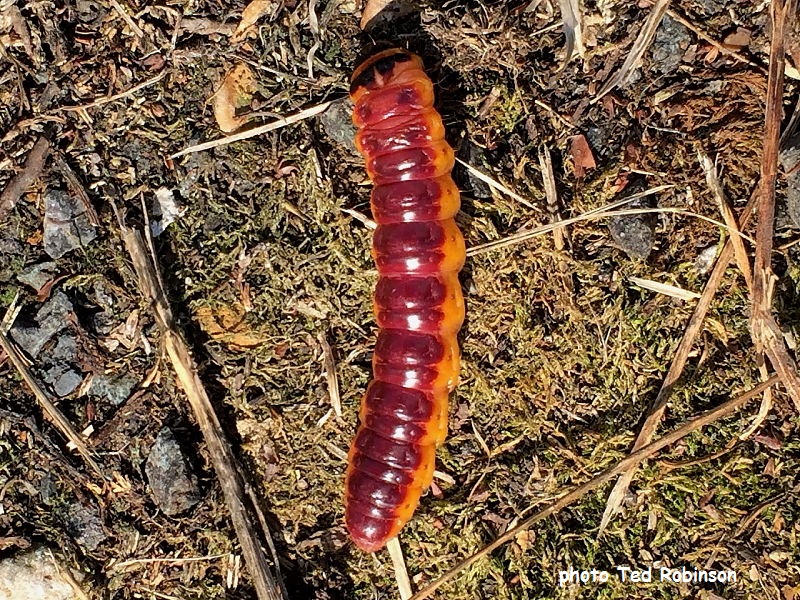 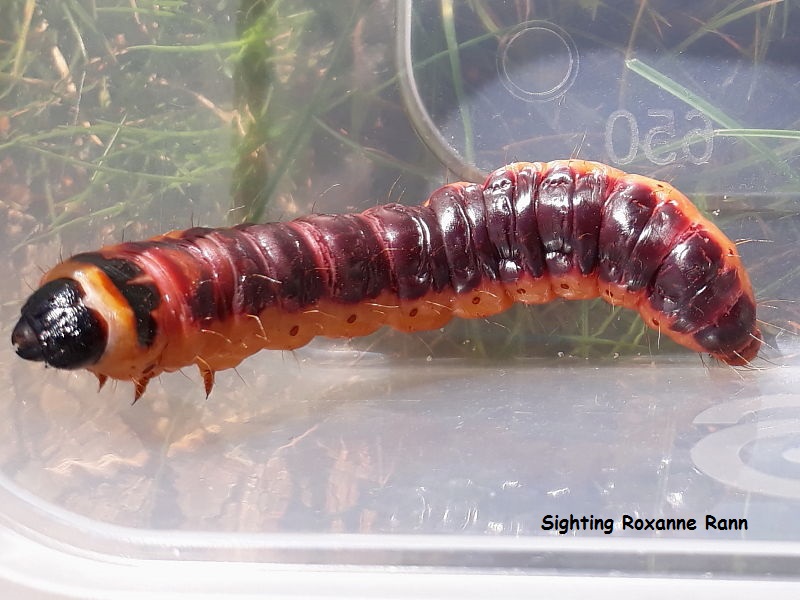 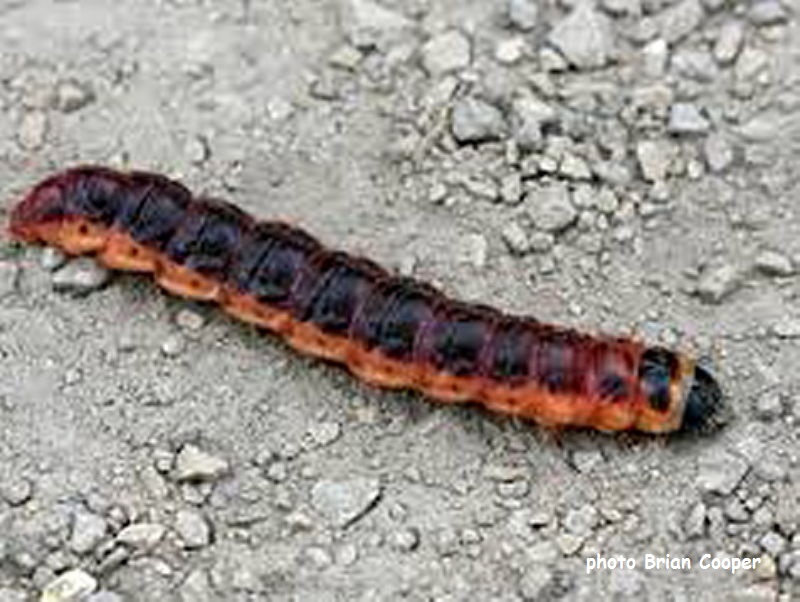 The caterpillar featured above left was found by Ted Robinson beside the River Ouse in Cambridgeshire in September.

Roxanne Rann found the Goat moth caterpillar (above right) in her garden in Ringwood, Dorset in early October.

Goat Moth sightings received from southern Europe included the one featured left from Puglia in Italy recorded by Brian Cooper in October. 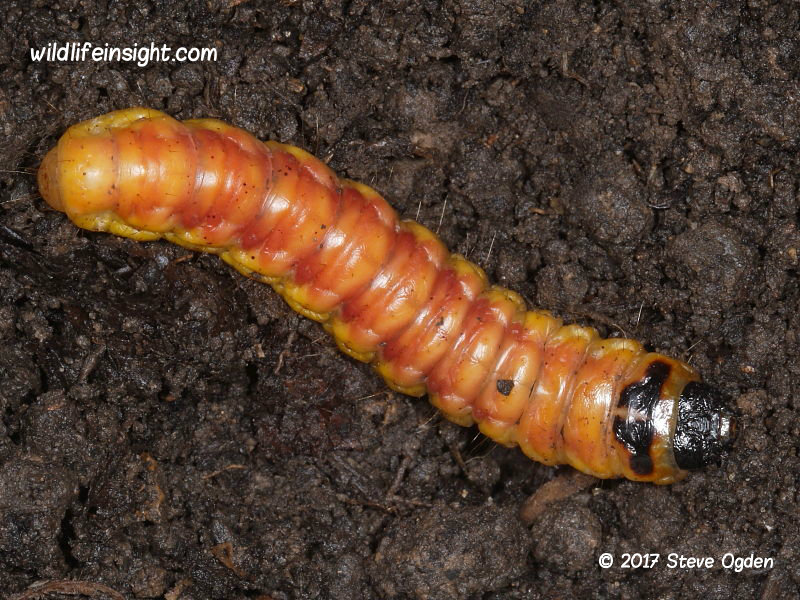 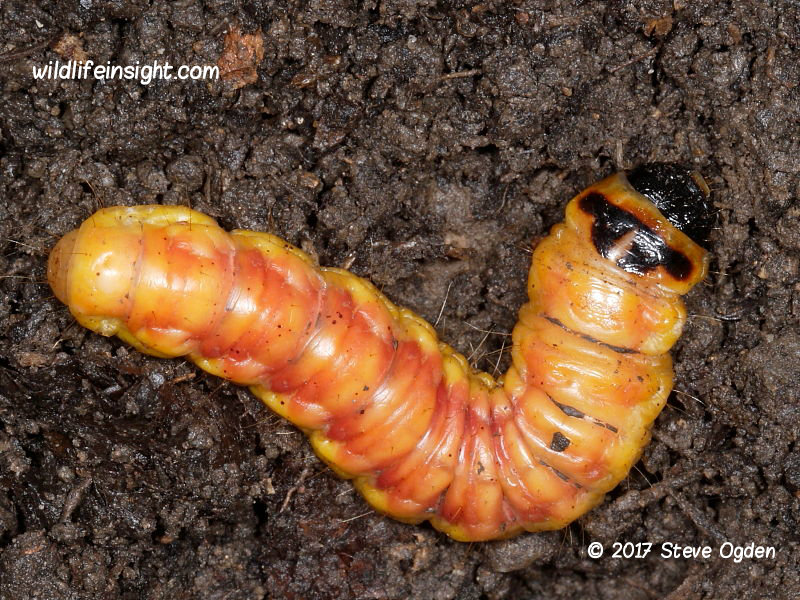 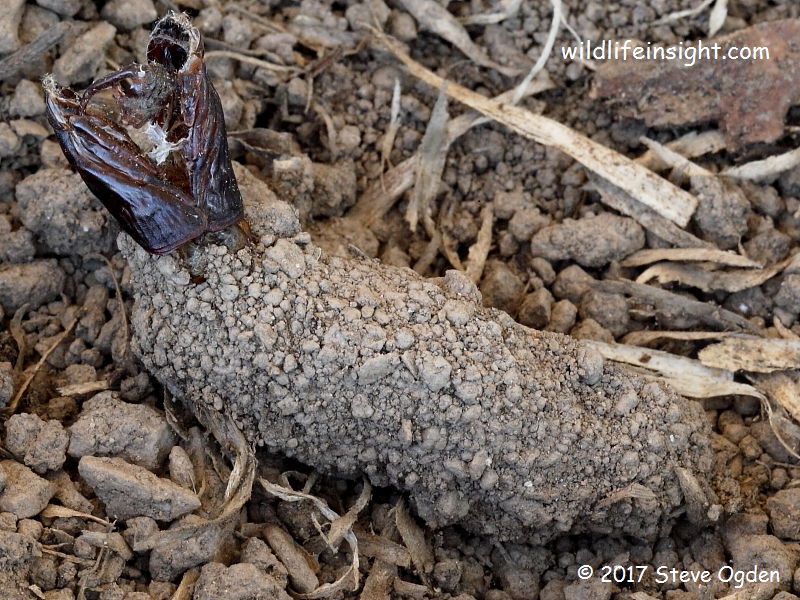 Having accidentally been dug up from a vegetable bed in February the overwintering Goat moth caterpillar shown above was buried in the garden inside a well drained container with soil and wood chippings.

Periodic checking showed it remaining in a state of diapause until mid May when it pupated inside a tough cocoon constructed out of soil.

It was brought inside in late May and the Goat moth eclosed on the 17th June. The cocoon with pupal exuviae is shown left.