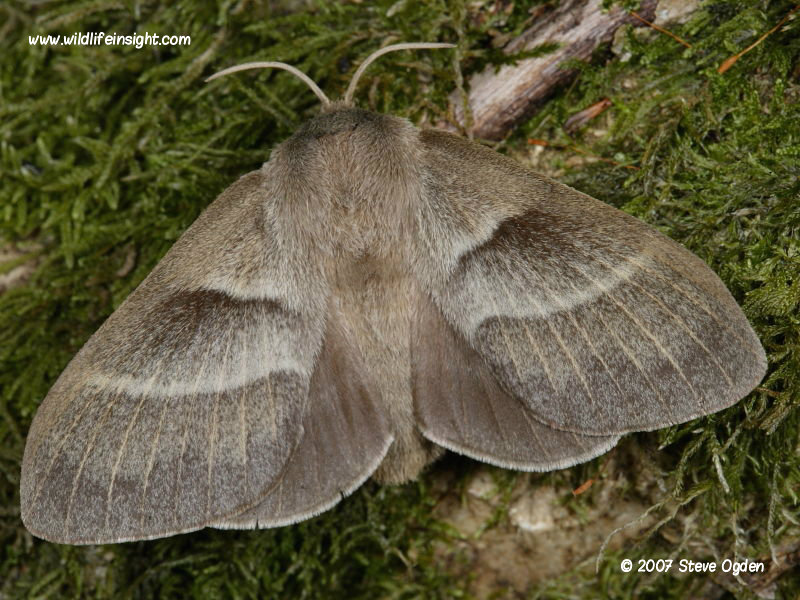 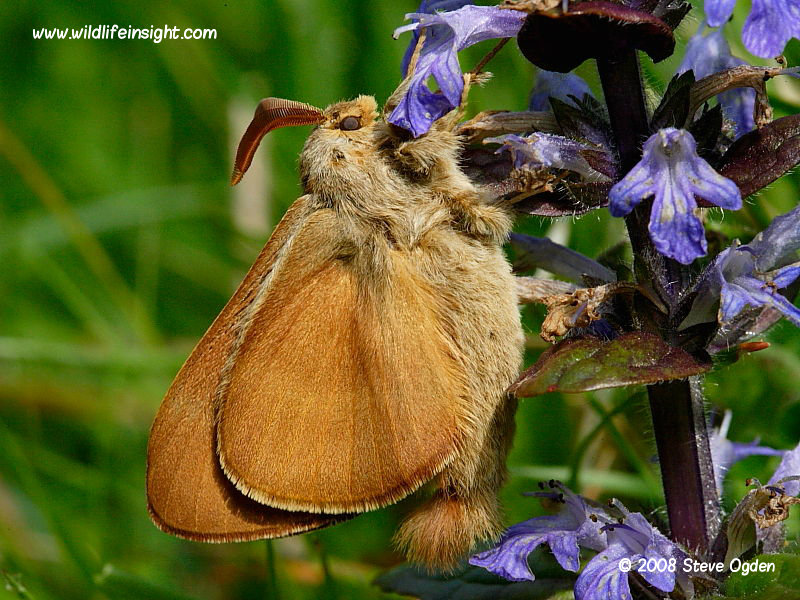 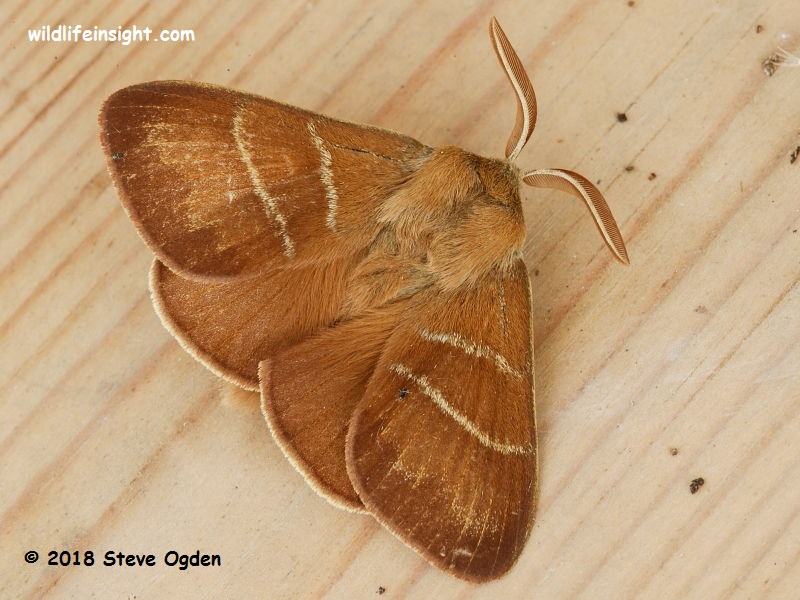 The Fox Moth is found throughout much of the British Isles but is less common in central and eastern England.

In Cornwall it is most commonly found on moorlands, heathland and coastal areas.

The moths fly in a single generation between May and June when the nocturnal females are attracted to light. 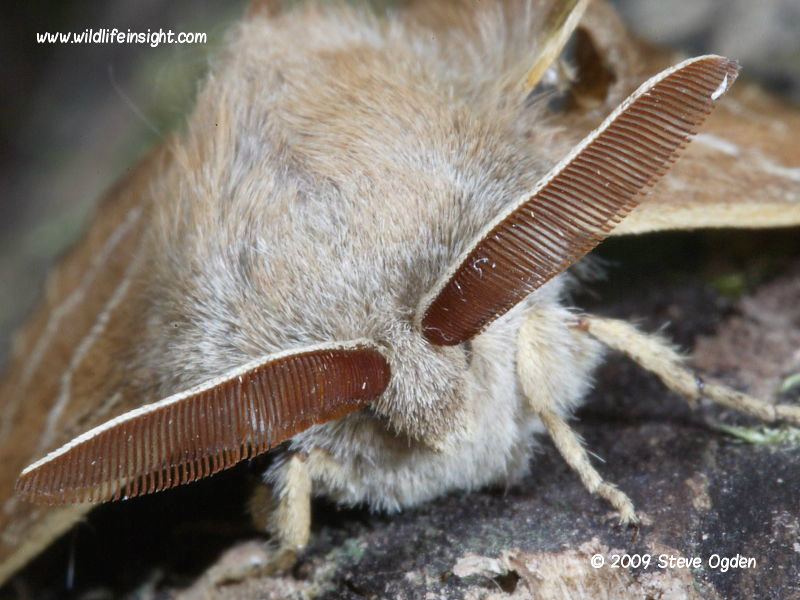 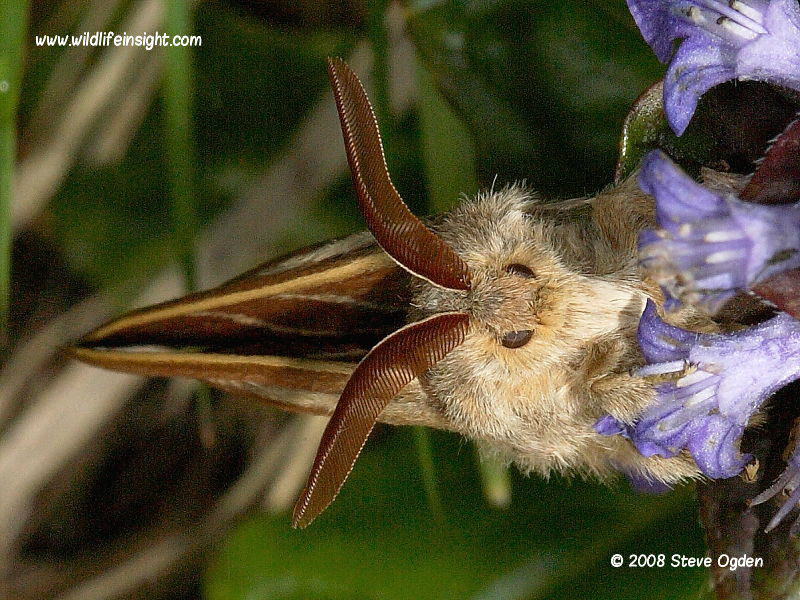 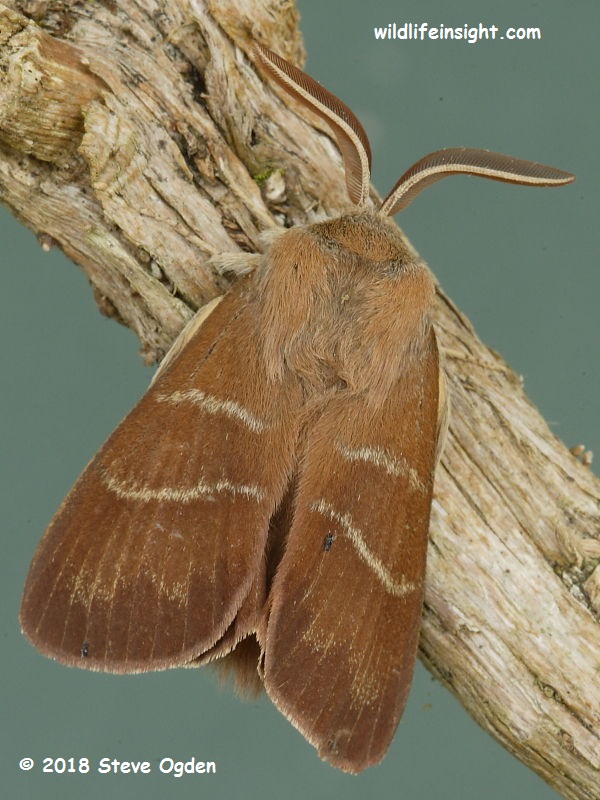 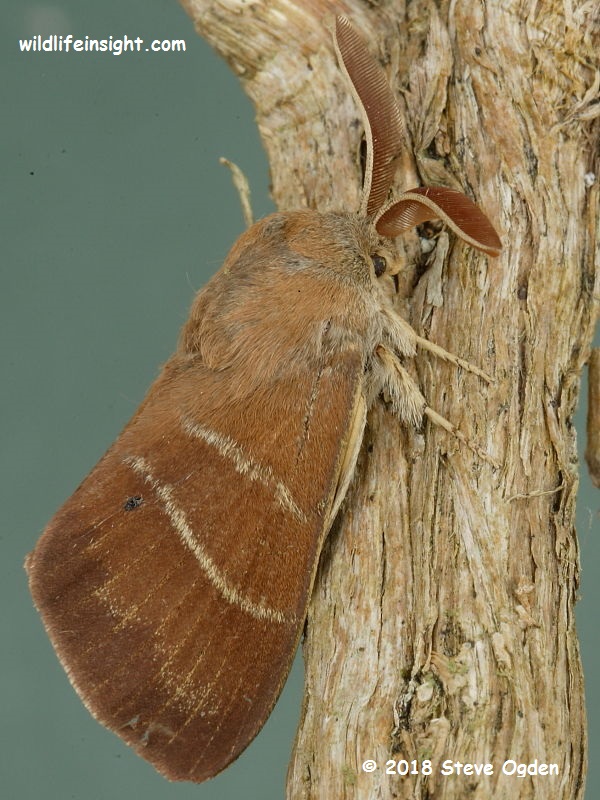 Identification of the Fox moth

The smaller male Fox Moth has a wing span of approximately 50mm, ruddy brown forewings, a heavily combed antennae and flies mainly during the day.
On occasions a male, such as the one featured above, is attracted to light at night.

The larger female has a wing span of up to 65mm, more subdued greyish brown forewings and hindwings, an uncombed antennae and flies at night.

Both male and female have two pale cross lines. 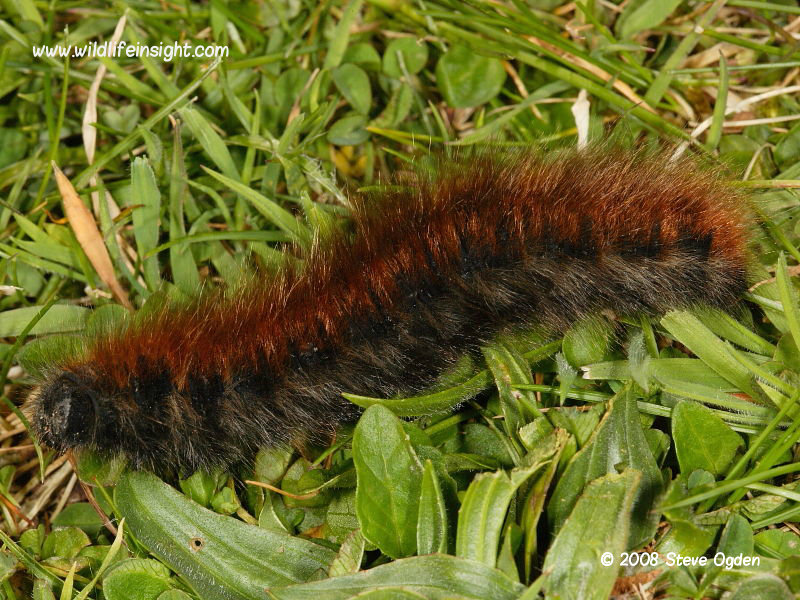 The fully grown caterpillar is up to 70mm long, very hairy, dark brown with an orangey stripe extending down the length of its body.

During its early development stages it is a dark brown with distinctive orangey/yellow bands.

The caterpillars are commonly found sunning themselves on paths and on top of low vegetation. 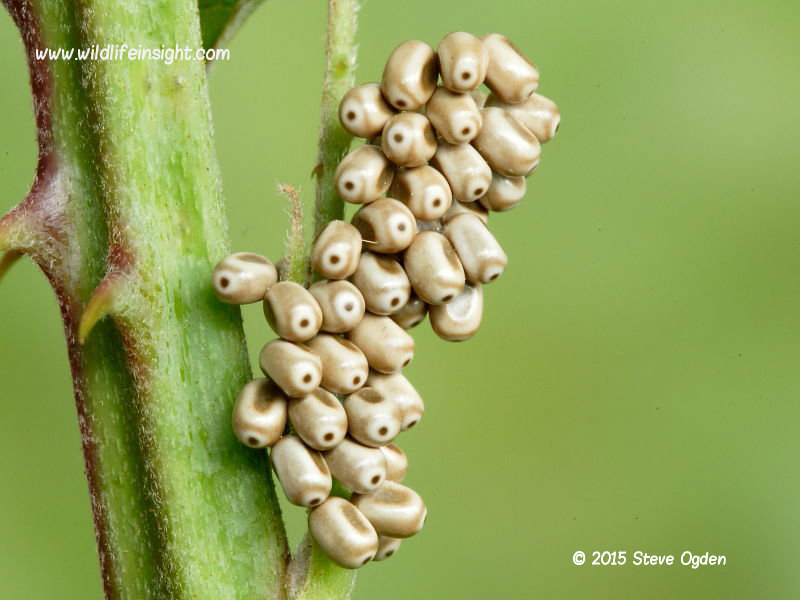 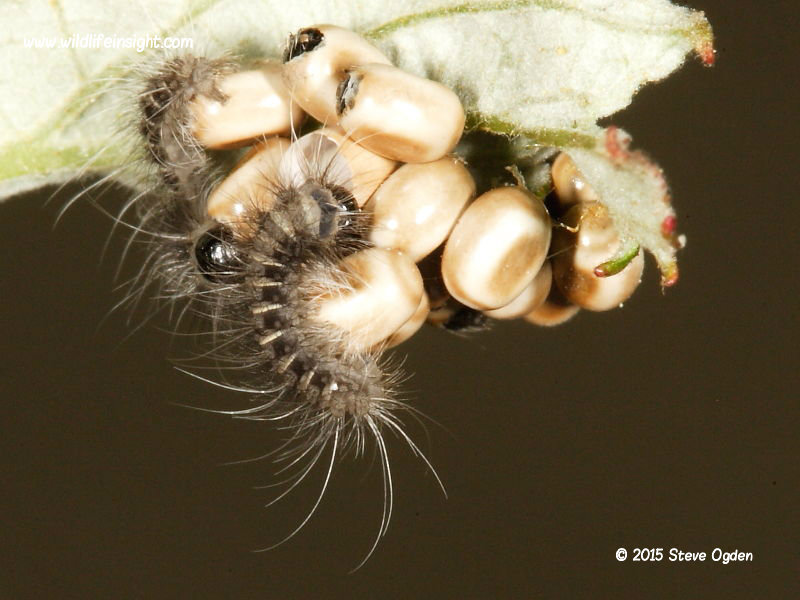 The adult Fox moths fly in a single generation in May and June.

The males fly during the daytime when they use their combed antennae to smell the pheromones given off by a recently emerged, unmated female.

Flying low over vegetation the males fast, jagged flight can often be seen on warm sunny afternoon. Once a recently emerged female has been located in the vegetation the male will mate with her before moving on to find another unmated female.

The female lays batches of grey eggs at night on the stems of grasses and the leaves of the larval food plant such as brambles and heathers. 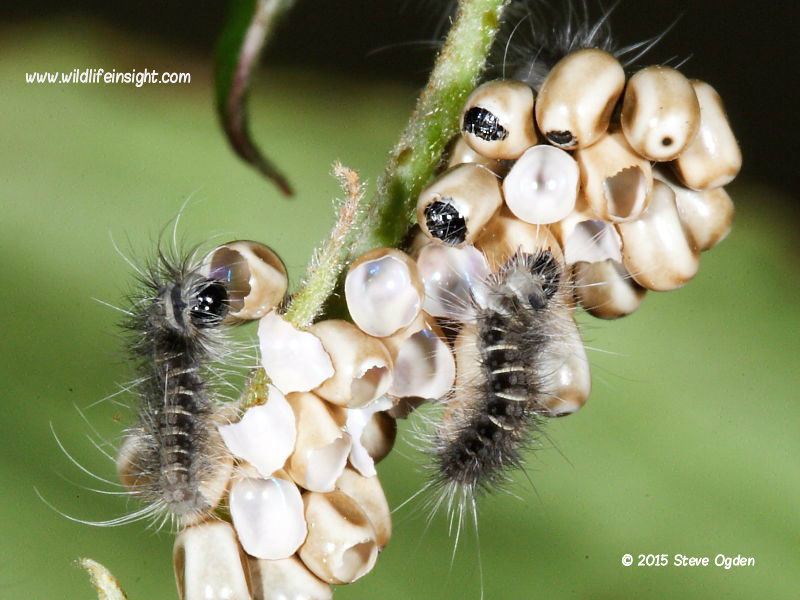 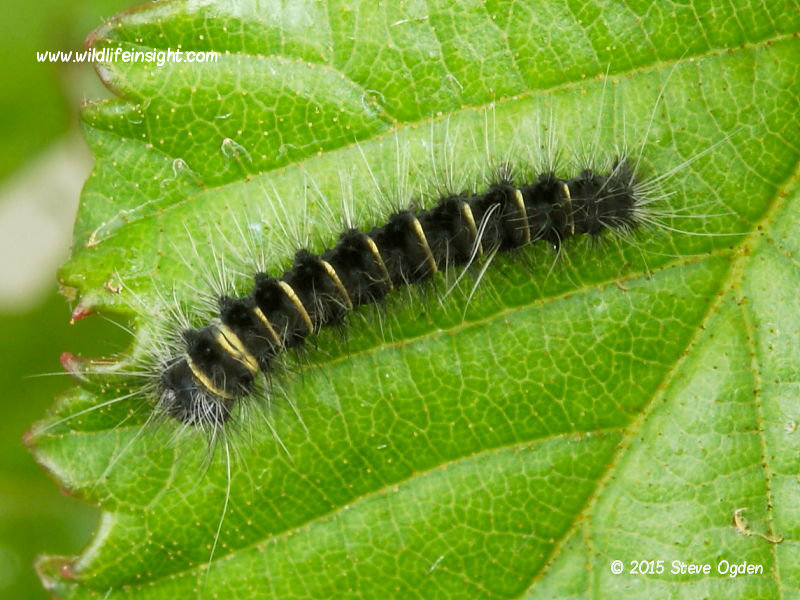 The caterpillars hatch within three weeks and feed on a variety of food plants including Heathers, Bramble, Sallows, Bilberry, Salad Burnet and Meadowsweet.

The fully grown caterpillars are often seen basking in the sun on paths and low vegetation prior to over wintering in leaf litter and loose soil.

They emerge from over wintering in early spring when they can again be seen basking in the sun.

They then pupate for a month within a cocoon low down amongst the vegetation. 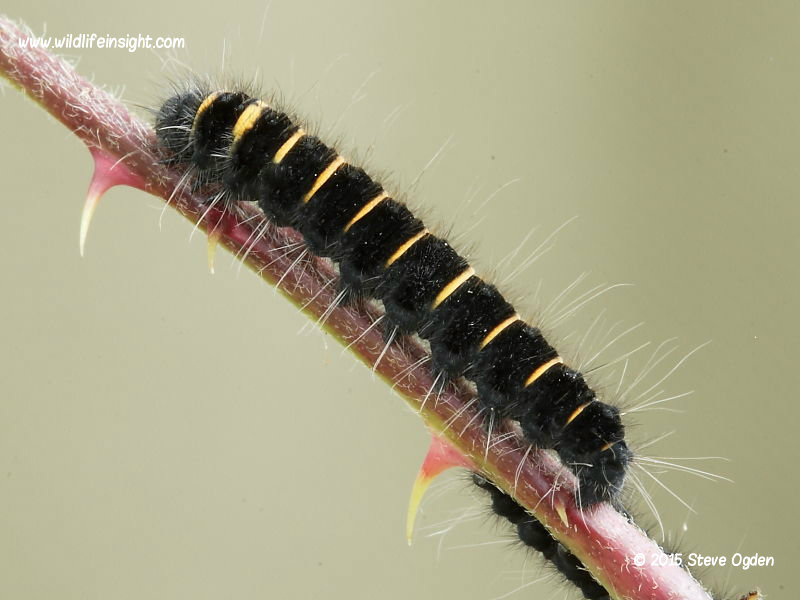 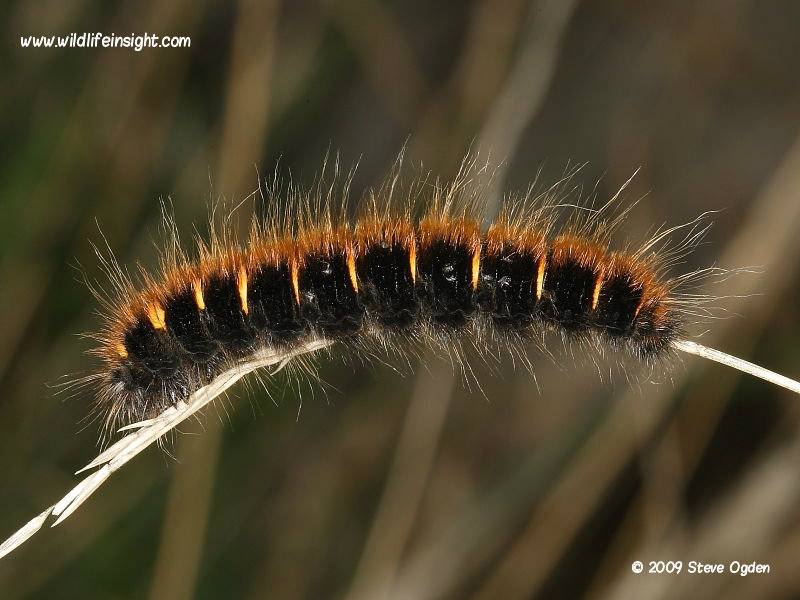 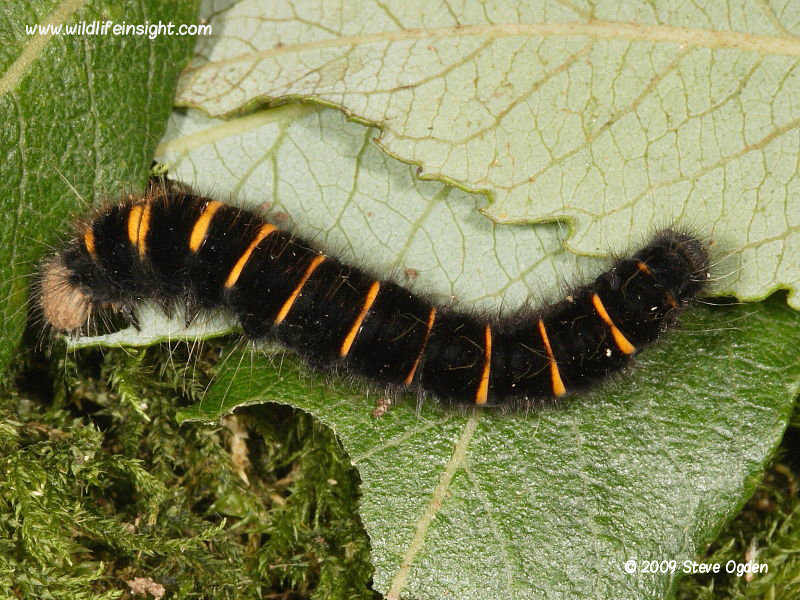 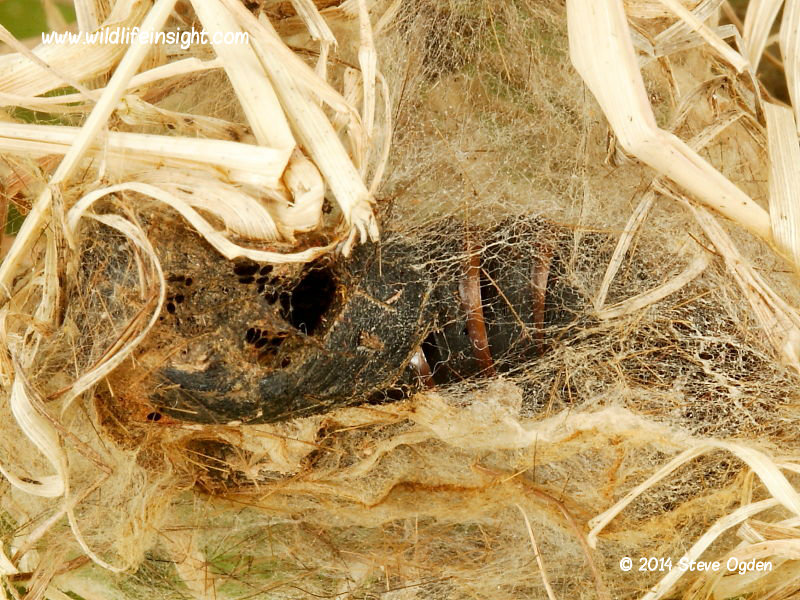 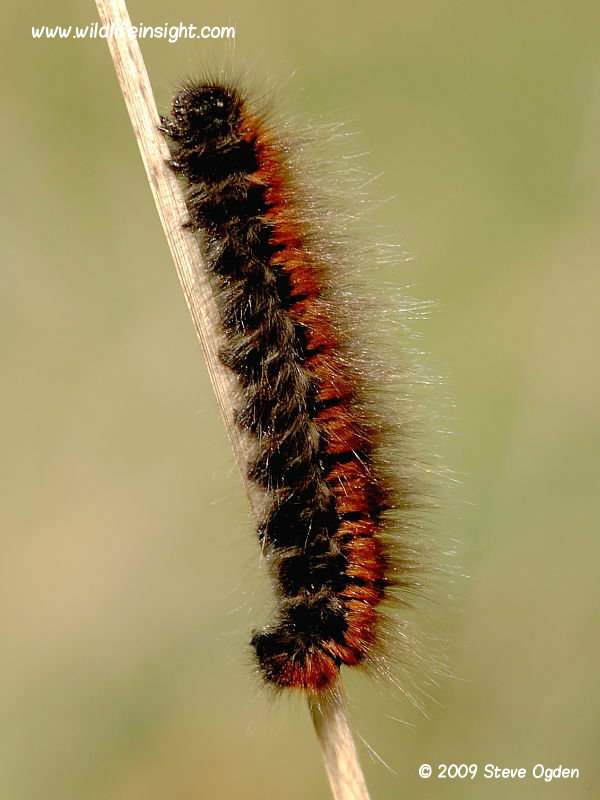 Clusters of grey eggs can be found on the larval food plants but many of the larvae collected in the wild are often parasatised by wasps.

As with many caterpillars that overwinter rearing them through to the following Spring is not always successful.

The best chance of success is to keep the over wintering caterpillar outside in an environment that matches closely their natural one.

For help with caterpillar identifications