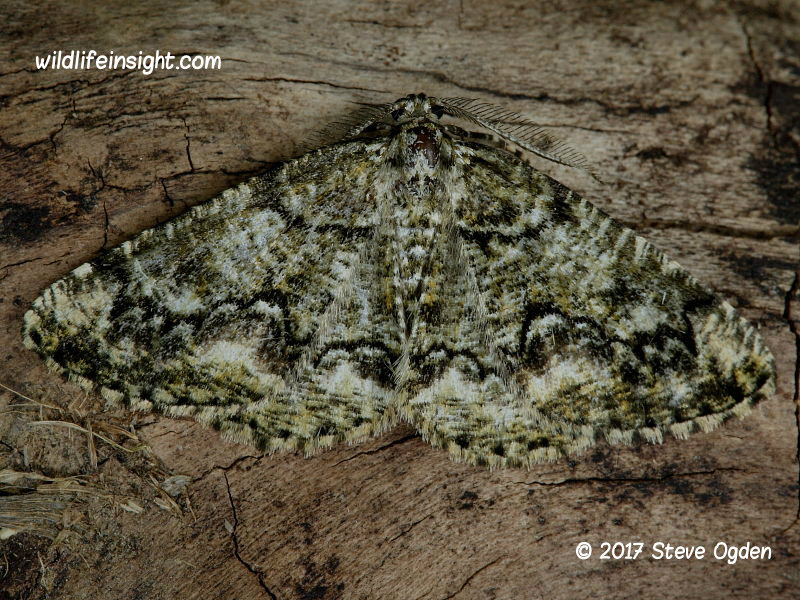 The Brussels Lace Moth is locally common in the south west of the UK and recorded in smaller numbers in parts of Wales, northern England, Scotland and Northern Ireland.

The species flies mainly in a single generation between June and July with an occasional smaller second generation.

The larval foodplants are lichens growing on trees and rocks.

In south west Cornwall the Brussels Lace is most numerous in coastal areas where the larvae feed on lichen covered hedgerows. 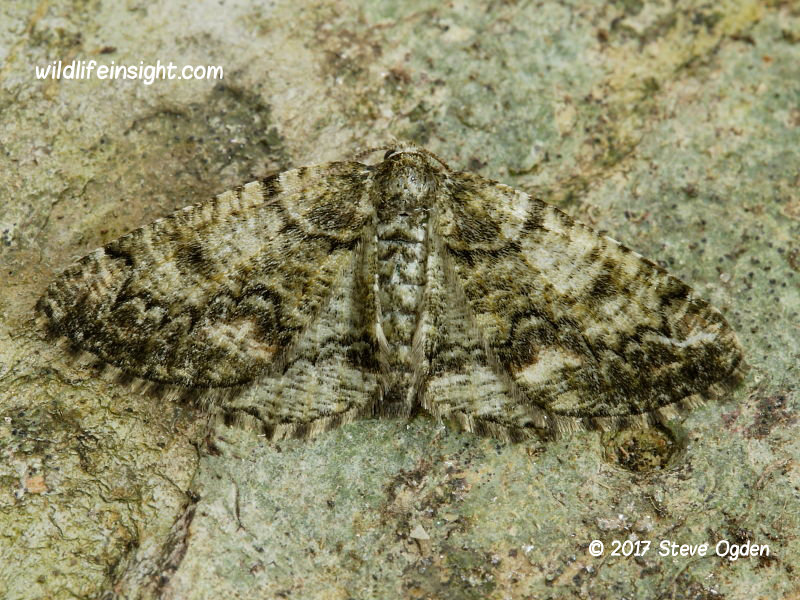 The Brussels Lace has a forewing length of up to 18 mm.

Both fore and hindwings have variable shading/markings giving rise to light and dark specimens.

The irregular cross line is a consistent, identifying feature.

Those Brussels Lace moths featured were either attracted to light at various coastal sites in South West England or reared from larvae obtained from lichen covered branches of coastal blackthorn hedgerows. 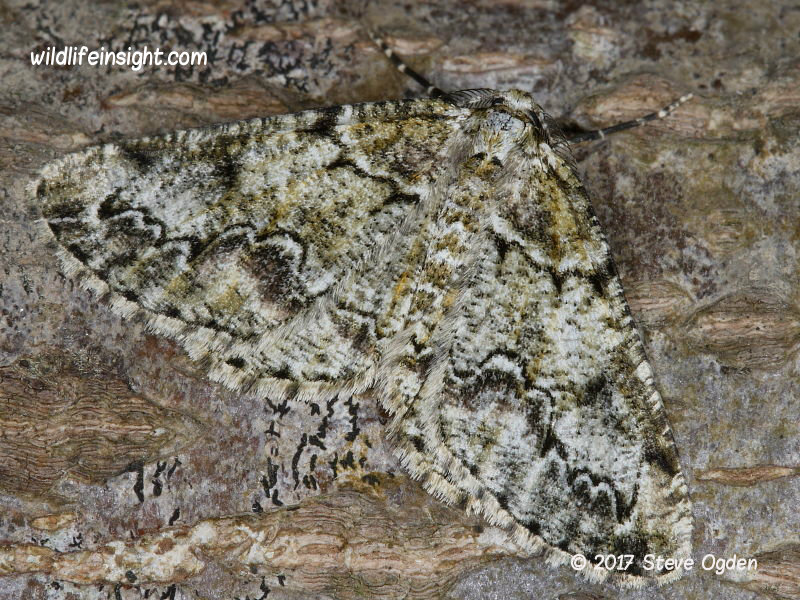 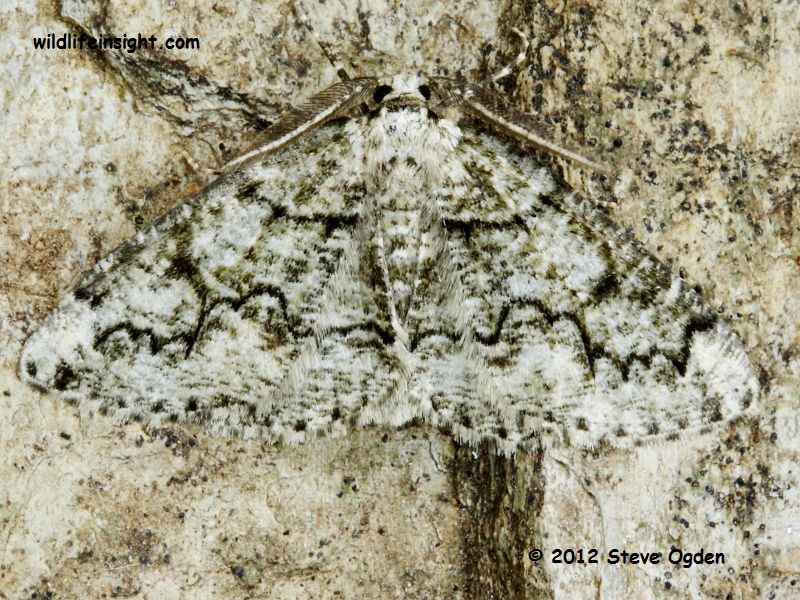 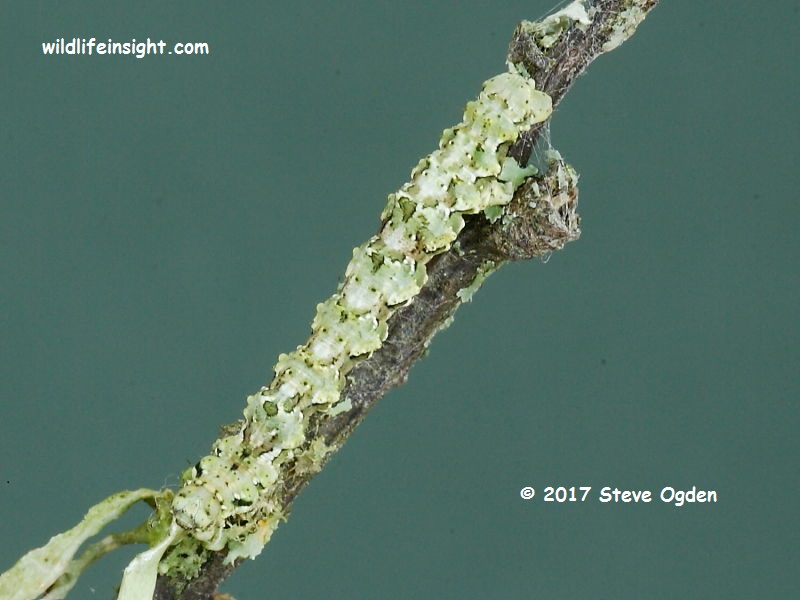 The eggs of The Brussels Lace are laid on the lichen covered branches of a variety of trees and moss covered rocks between June and July. Although, a later second brood can occur.

The caterpillars overwinter among the lichens while still small and are fully grown (25-28 mm) by April/May.

The colour is variable and beautifully cryptic.

The green lichen coloured forms, such as those featured, are very difficult to spot and best found by beating in February/early April. 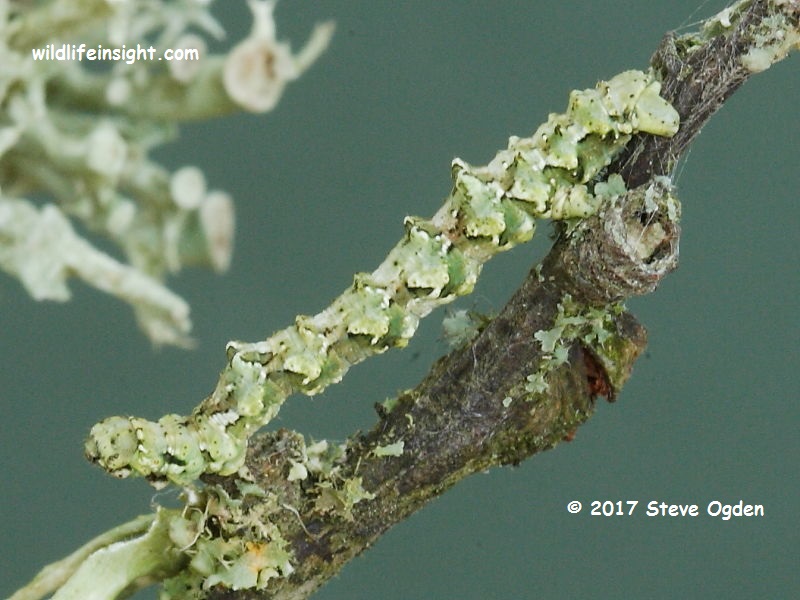 Although slow growing, the over wintered larvae were easy to rear and pupated at the end of April. 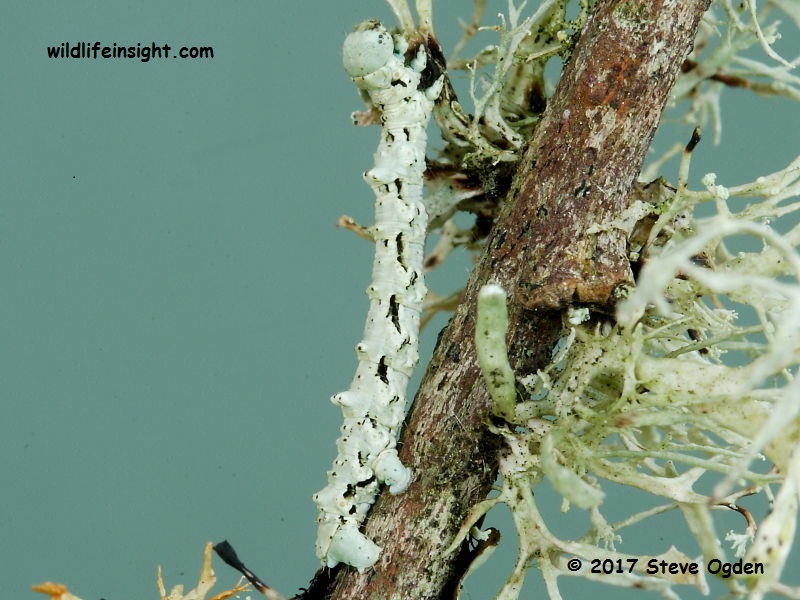 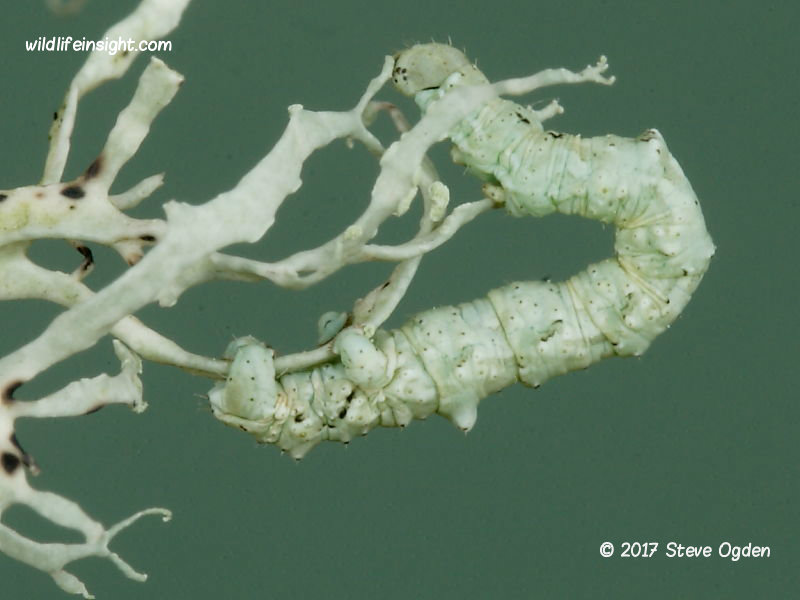 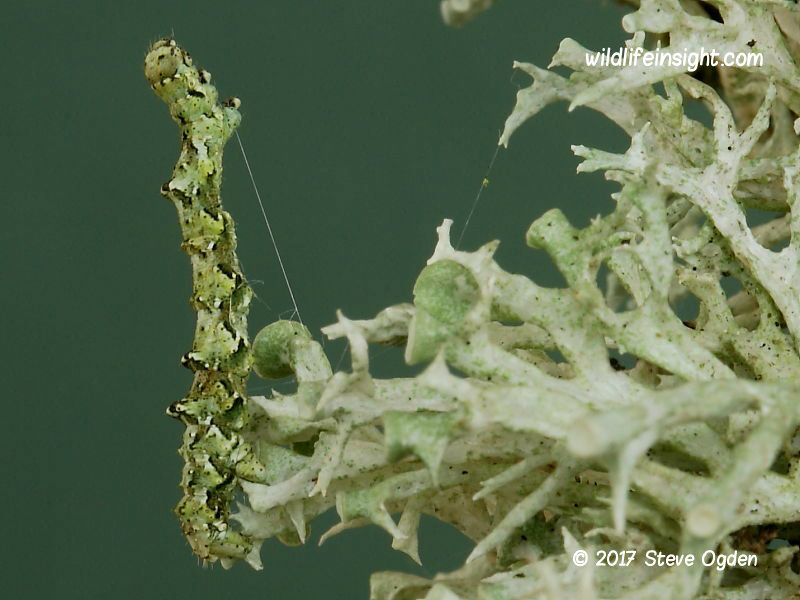 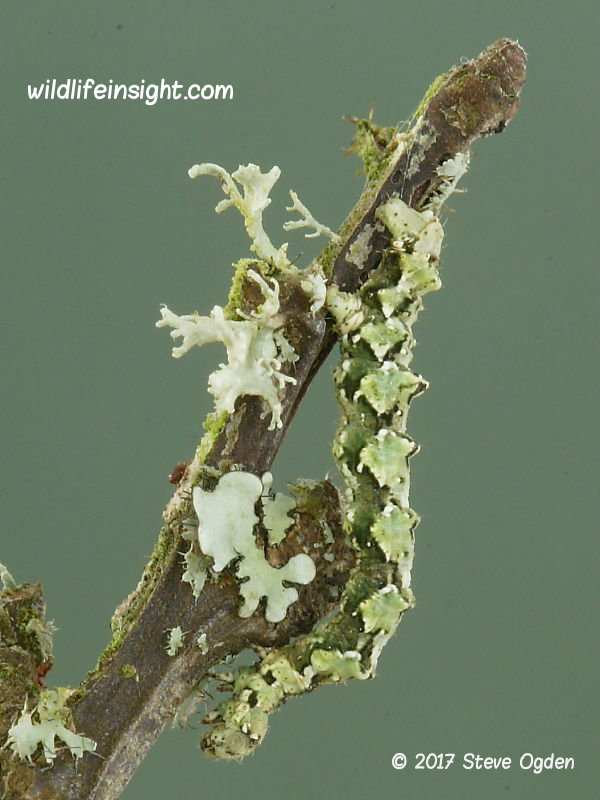 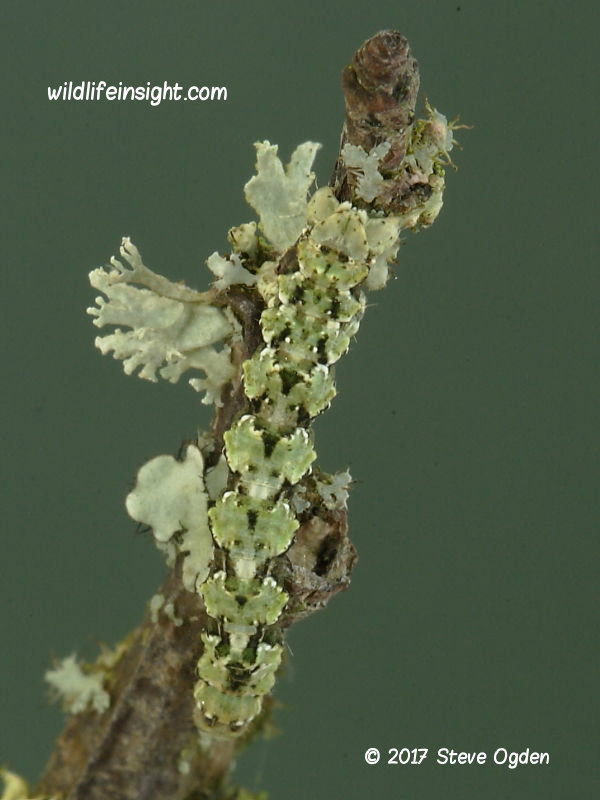 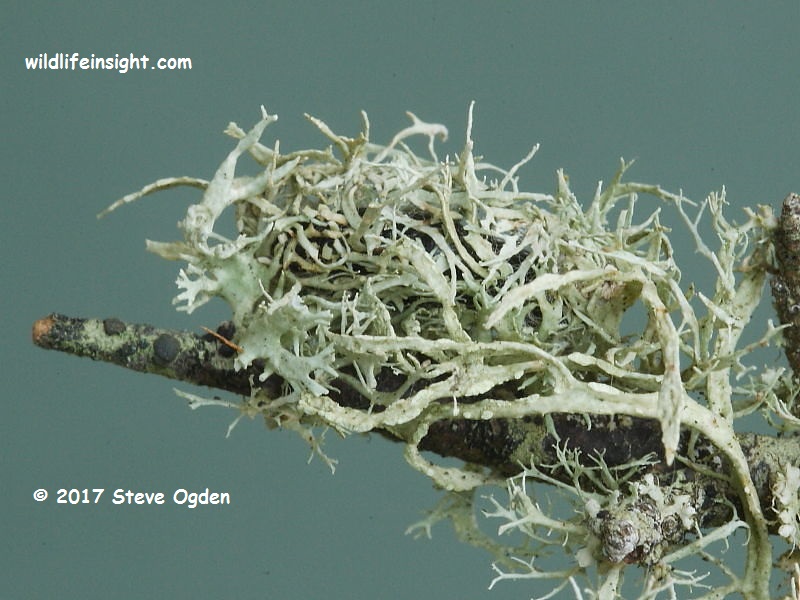 The prepupating caterpillars formed cocoons well hidden inside the tangled web of lichen. 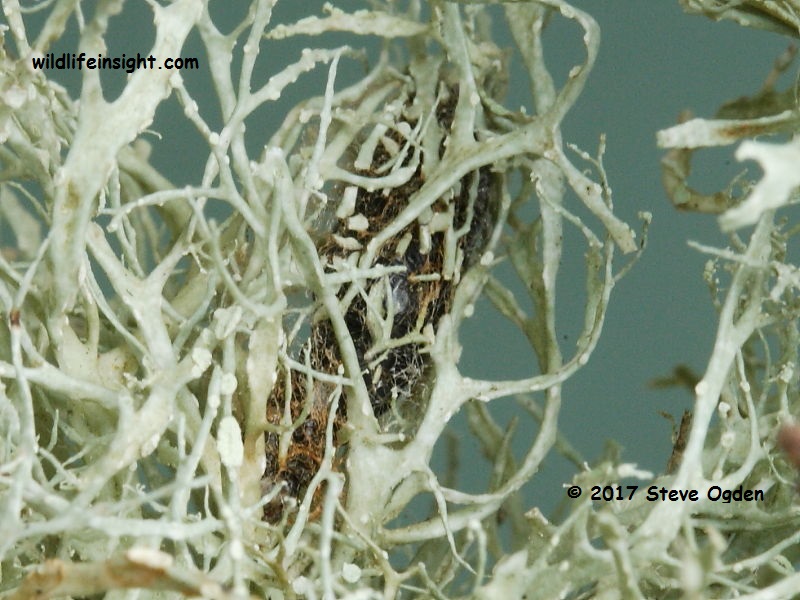