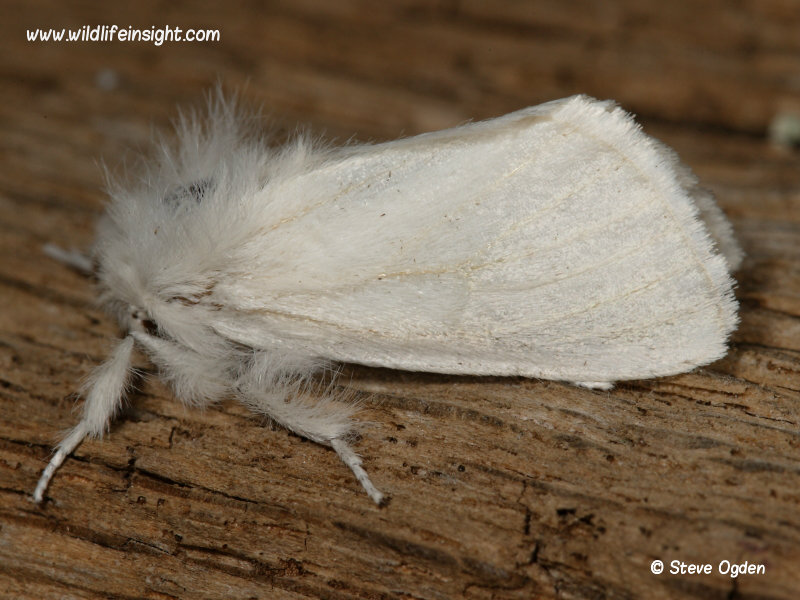 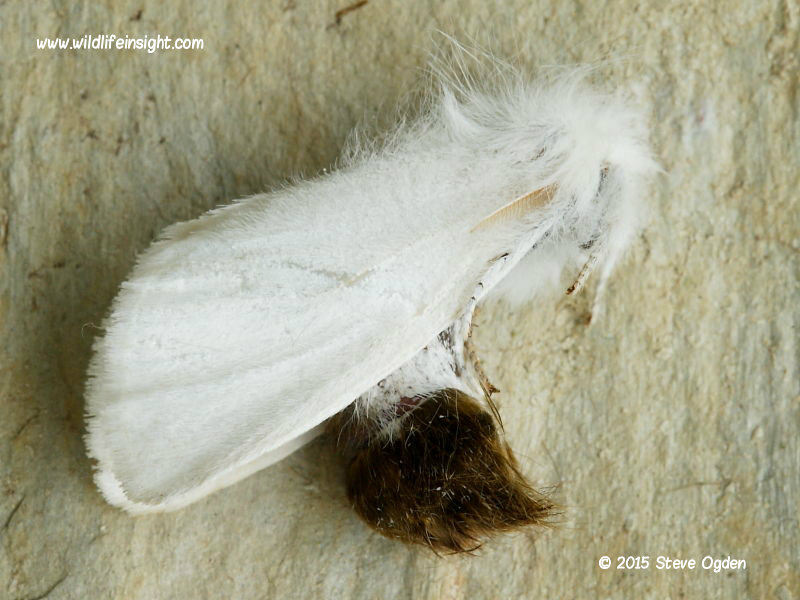 The Brown-tail moth is found throughout much of Europe and parts of North America. In the British Isles it most frequently occurs in the south and south east of England.

It is frequently recorded near the coast but also occurs in open countryside and in gardens.

The adult moths fly in a single generation between July and August when they are attracted to light.

The caterpillars feed on a wide variety of deciduous trees such as hawthorn and blackthorn as well as bramble.

In gardens they have been recorded on roses causing defoliation as well as being a health hazard.

Identification of the caterpillars and life cycle are featured below. 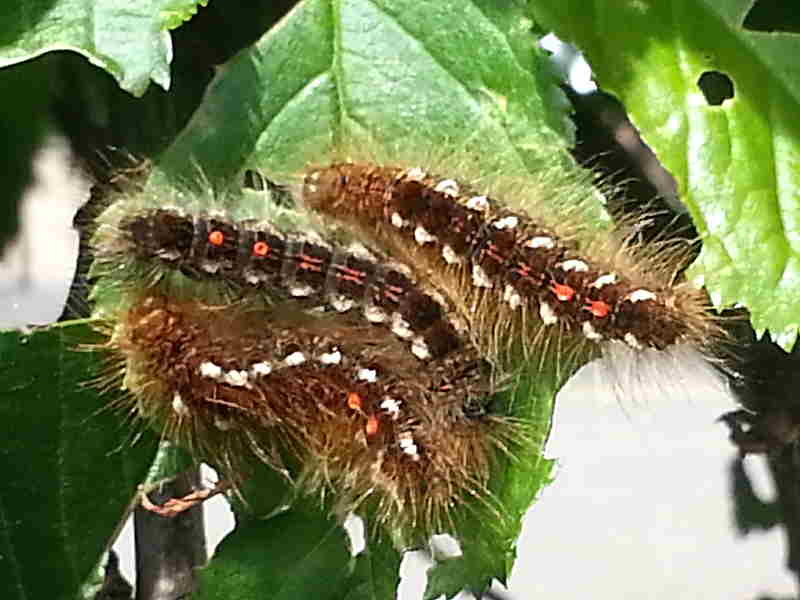 The caterpillars and cocoons of the The Brown-tail should not be handled or disturbed. They have urticating (stinging) hairs that can cause skin reactions requiring medical treatment. Strong winds and any disturbance may cause hairs to become airborne.

If found in gardens or public places it may be necessary to seek professional advice. 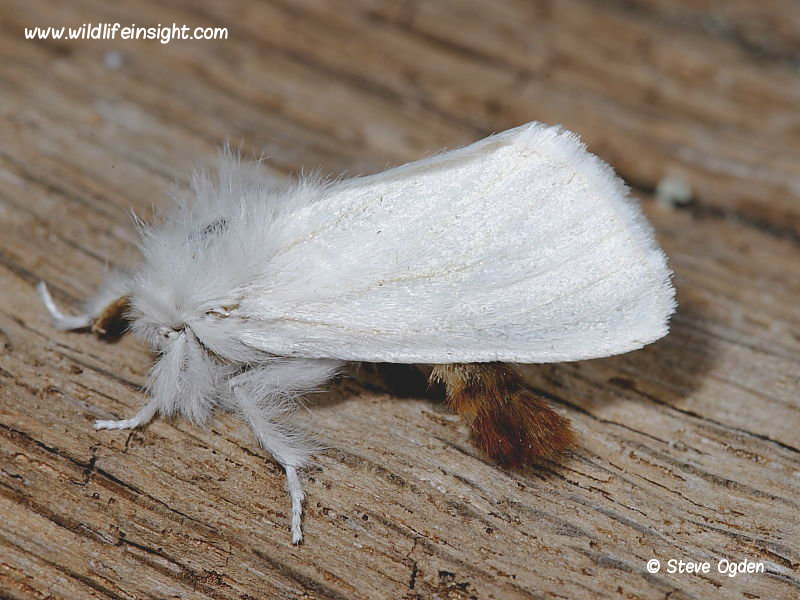 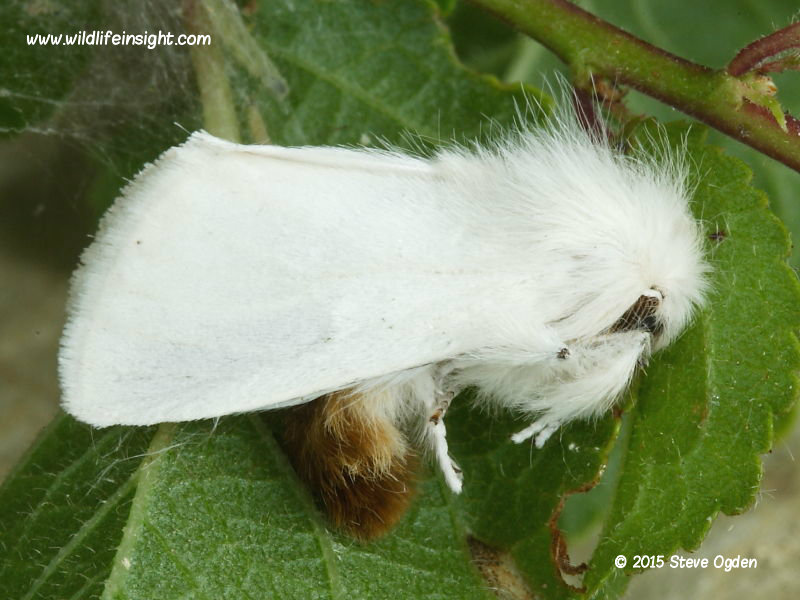 The Brown–tail moth has a forewing length of up to 20mm and is almost pure white.

The female has more hairs around the tip of her abdomen than the male which are used to cover her eggs.

When disturbed and threatened the moths fall onto their side feigning death, displaying the tips of their abdomens. 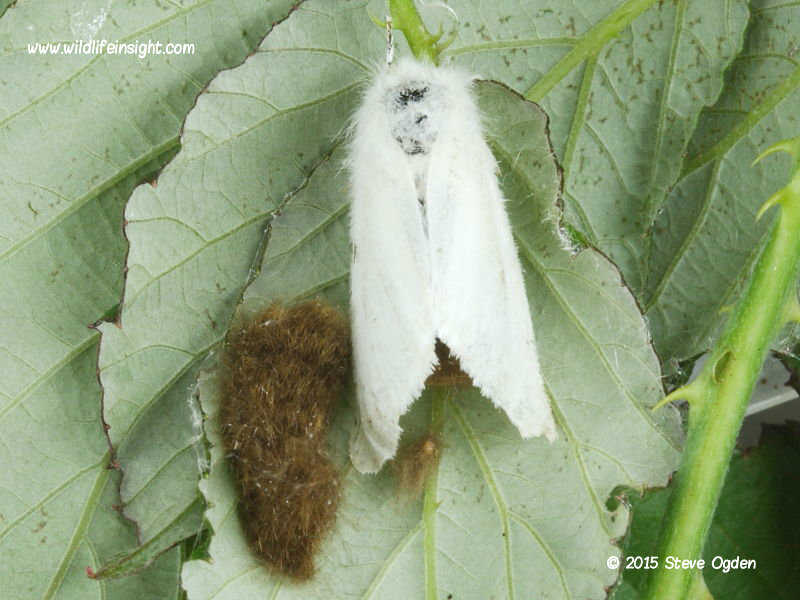 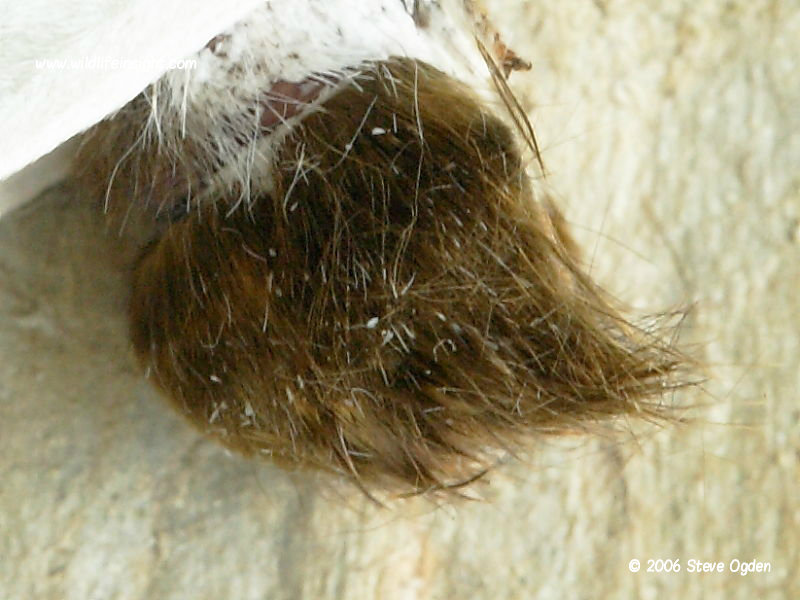 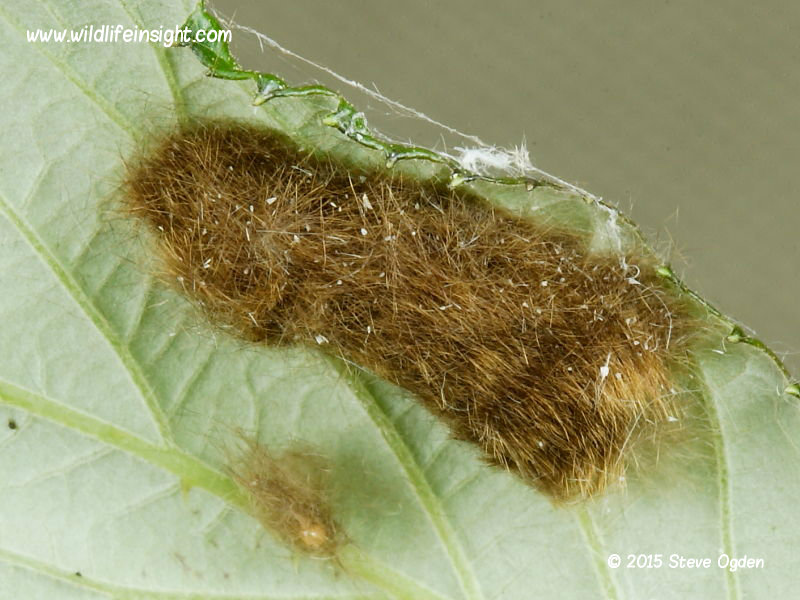 In July/August the female lays clusters of eggs on the larval food plant, covering them in brown hairs from the tip of the her abdomen.

The eggs hatch within a few days.

The caterpillars feed on a wide range of deciduous trees and shrubs including hawthorn, blackthorn and fruit trees as well as bramble. 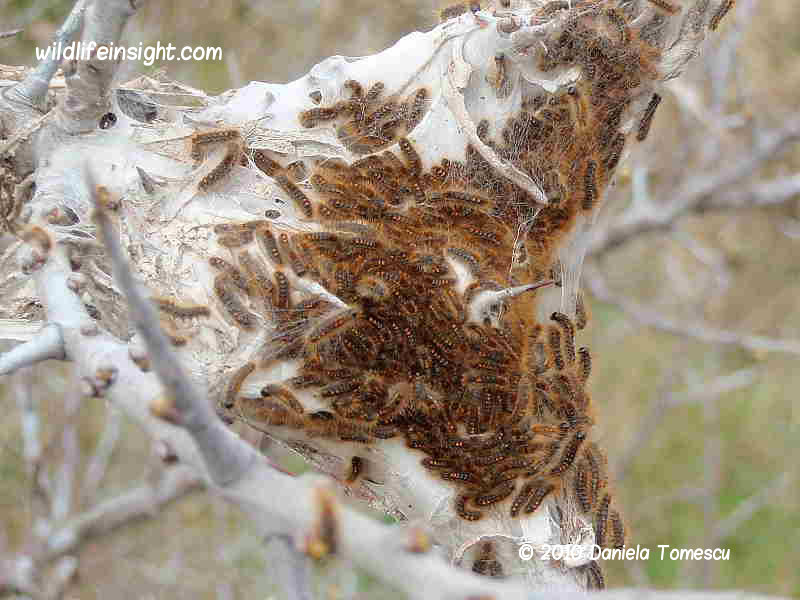 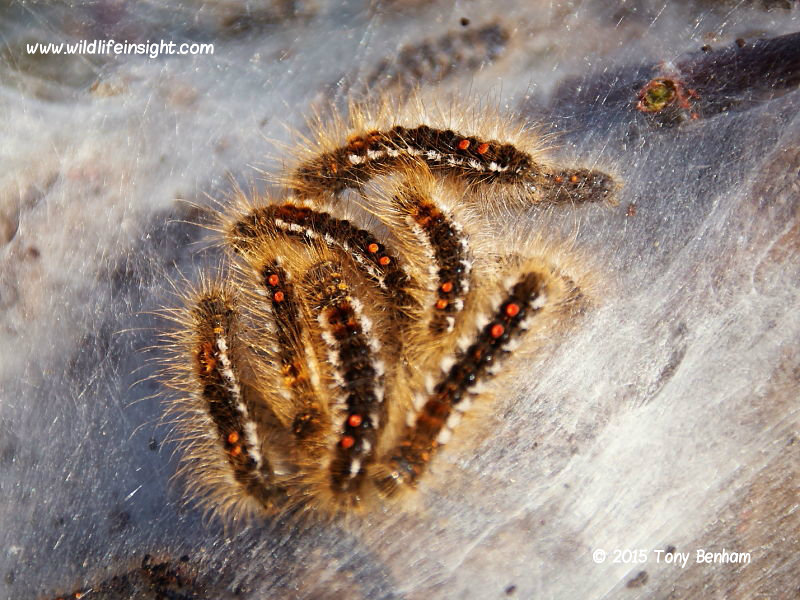 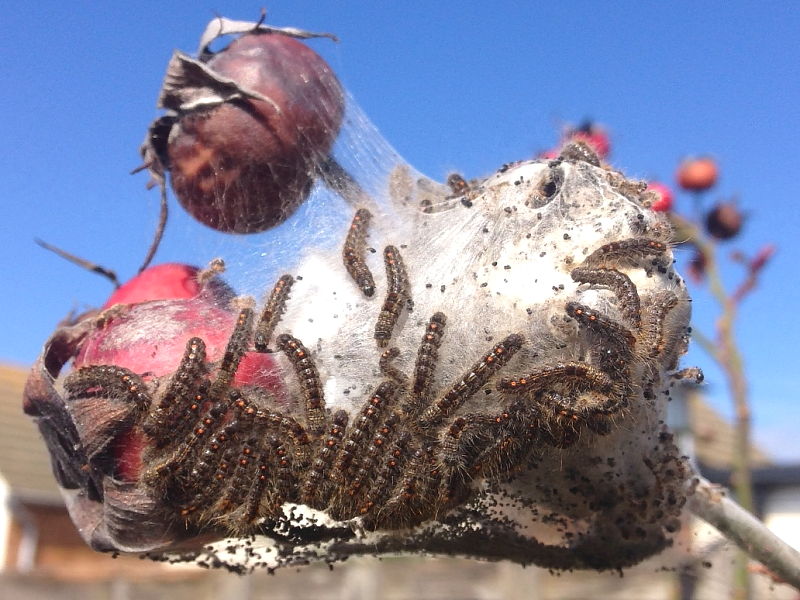 The young caterpillars live gregariously amongst a web, growing slowly, before overwintering when still small inside a silk spun hibernaculum.

They become active in early spring and may often be found in large numbers on foliage and the sides of the web basking in sunshine. 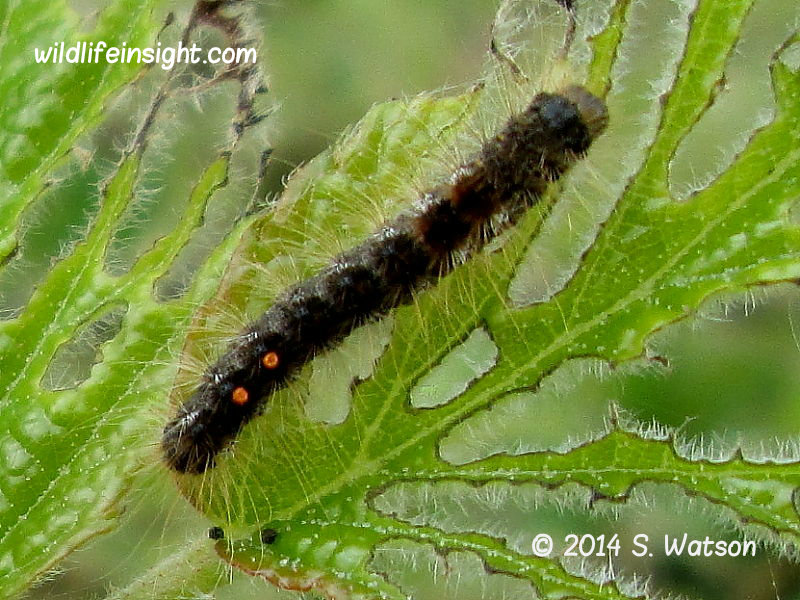 When fully grown, at about 40mm in length the caterpillars have brown hairs, white sub dorsal markings and dorsally a pair of intermittent red lines with two red spots towards the rear.

The brown hairs help identify the caterpillars from those of the Yellow-tail caterpillar, Euproctis similis, and The Knot Grass caterpillar, Acronicta rumicis.

When fully grown the caterpillars disperse to feed up prior to pupating.

Pupation takes place inside a cocoon spun with hairs amongst twigs and foliage.

The adult moths normally emerge within 20 days dependent on temperature. 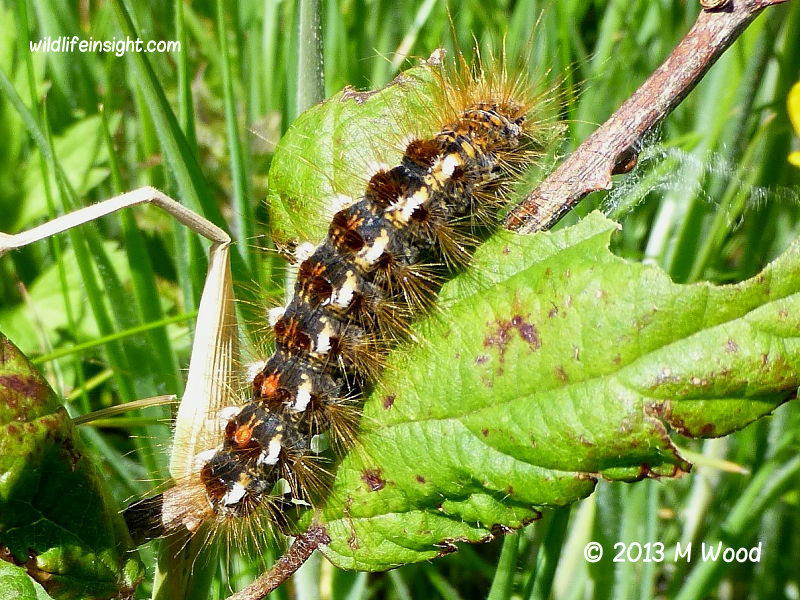 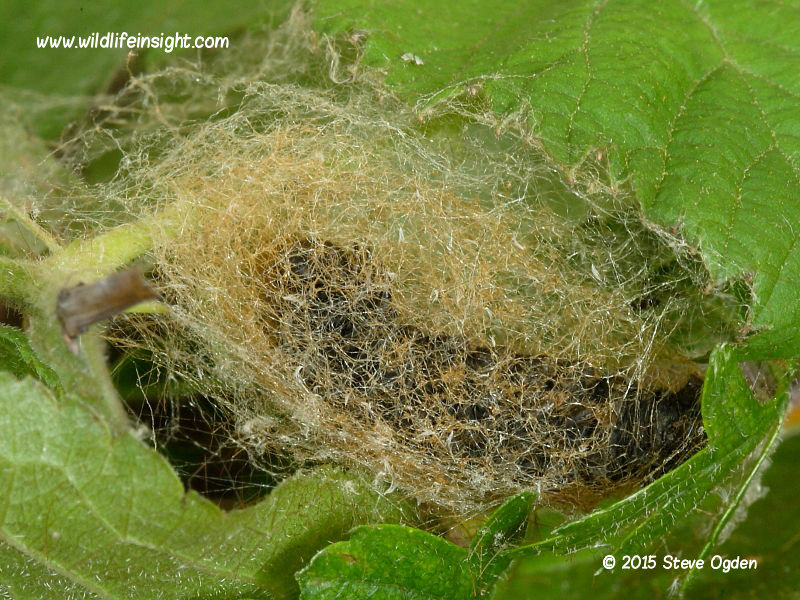