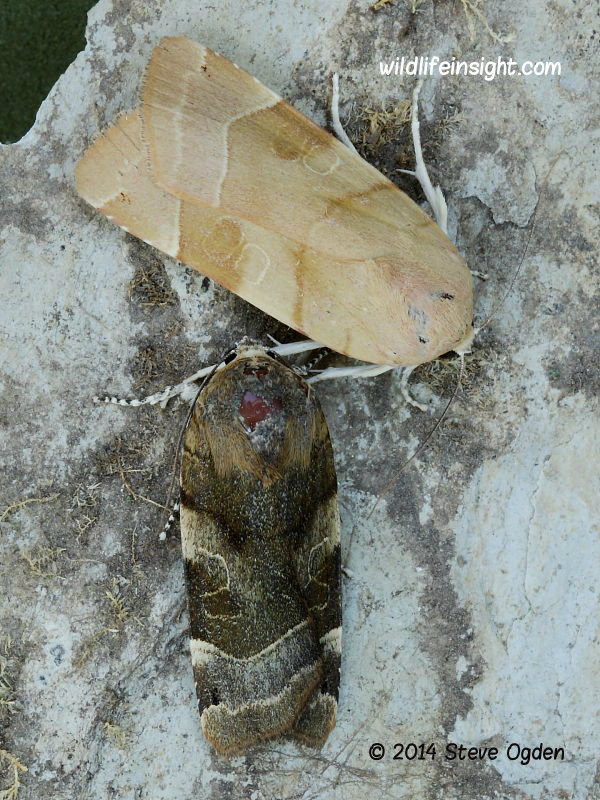 The broad-bordered Yellow Underwing moth is a common species in much of the British Isles and Europe.

It has a wingspan of between 45-55 mm and flies in a single generation from June to September when it is attracted to light.

The protracted flight period includes a period where the moths aestivate (become dormant).

They can be found in a wide range of habitats including gardens, woodland and open countryside.

When compared with other Yellow Underwing species the orangey yellow hindwings, which are hidden when at rest, have a broader black sub terminal band.

The photographs featured are of specimens attracted to light in the south west of England. 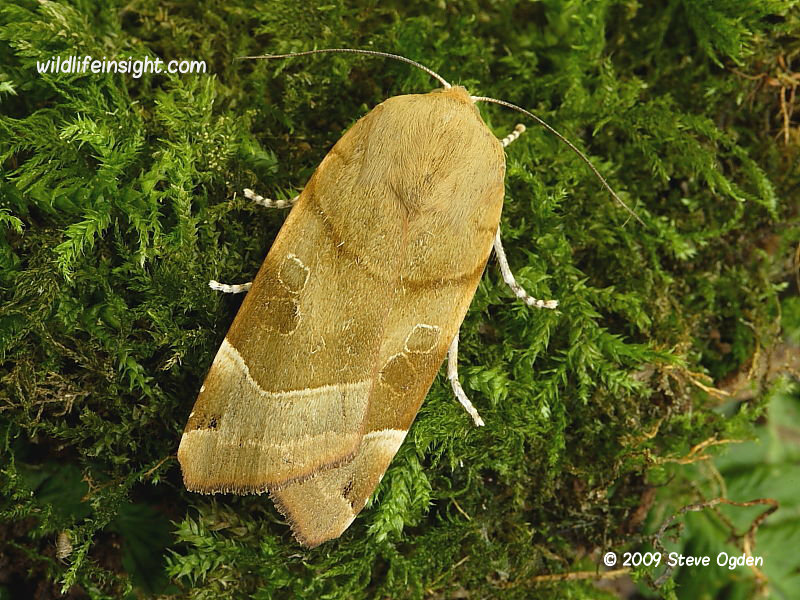 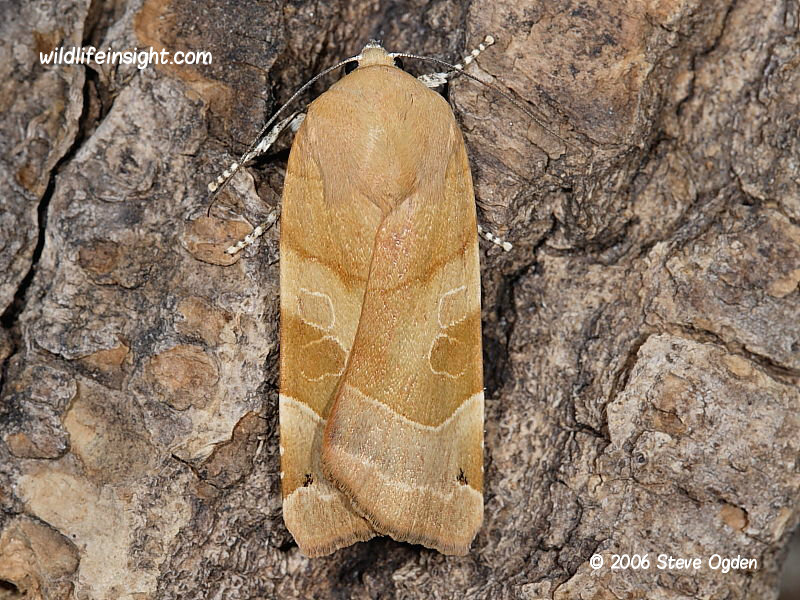 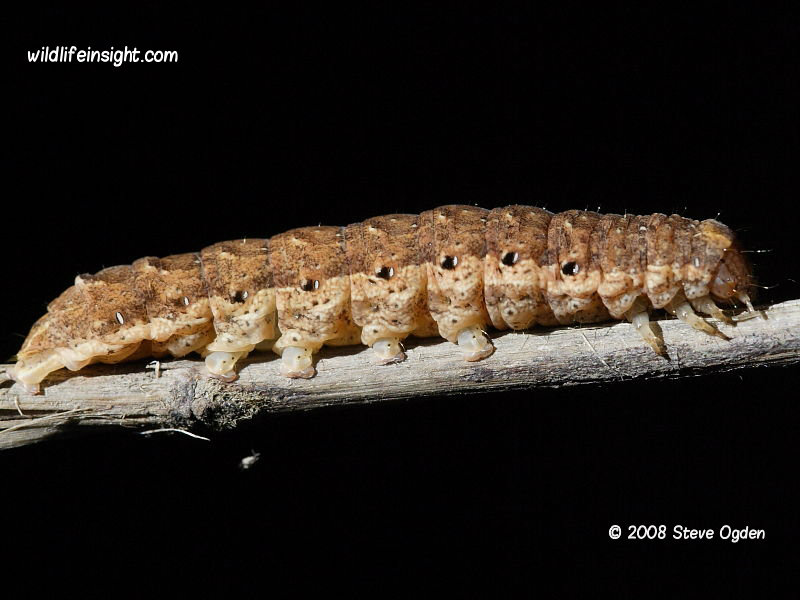 The caterpillars of the Broad-bordered Yellow Underwing grow to about 50 mm in length and feed on a variety of herbaceous plants and deciduous trees.

The ground colour is variably ocherous – some quite pale with others an orangey brown.

They overwinter and become fully grown by early spring when they pupate in the soil.

The adult moths emerge in June. 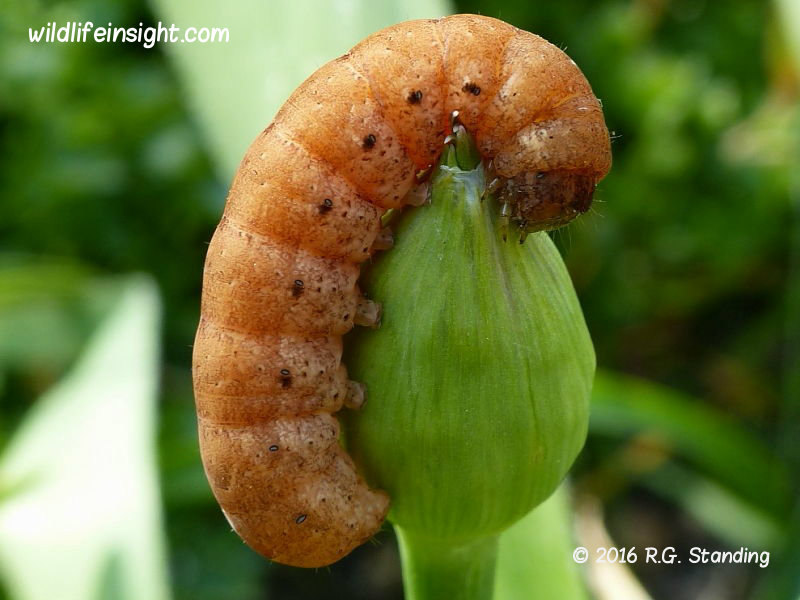