The Sycamore Moth and caterpillar-Actronicta aceris 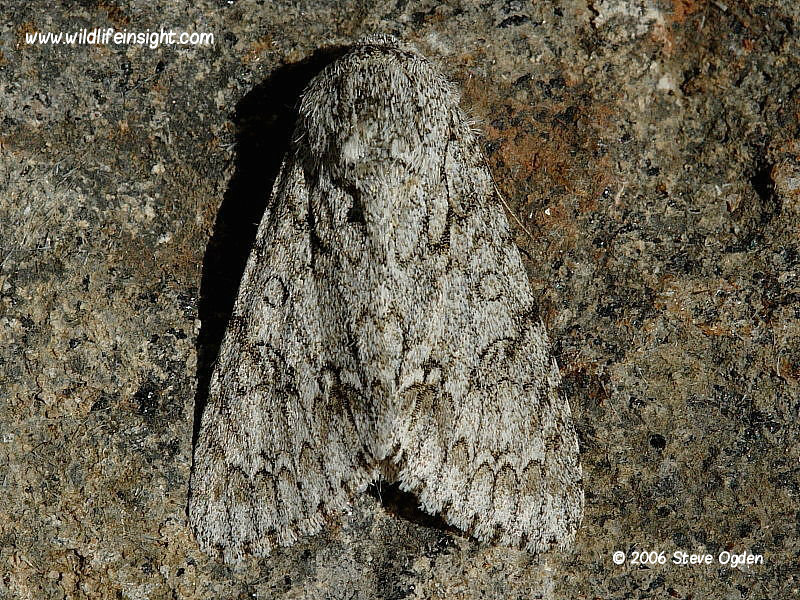 The Sycamore moth is found locally in the southern half of the British Isles, less commonly in the south west and is absent from large parts of Cornwall

The adult moth is single brooded and flies between June and August when it is attracted to light in small numbers.

Eggs are laid on the larval foodplant of Sycamore and other deciduous trees.

Information on The Sycamore Tussock moth Halysidota harrisii found in North America can be see below.

Other commonly found ‘Dagger’ species (Acronictinae) in the British Isles and many parts of Europe include The Dark Dagger, The Grey Dagger, The Alder Moth, The Poplar Grey, The Miller and The Coronet.

What the Sycamore moth lacks in appearance the caterpillar certainly makes up for.

It is one of the most distinctive caterpillars to be found in the British Isles and much of Europe.

It has bold white dorsal spots highlighted in black set amongst a thick coat consisting of a variable mix of yellow, brown and orange coloured hairs.

The fully grown caterpillar grows up to 40mm in length and feeds on a variety of deciduous trees including sycamore and maples.

The fully grown, brightly coloured, hairy caterpillars are commonly seen in late summer and early Autumn when they leave the trees to wander in search of somewhere to pupate.

They are well known for dropping out of trees and on occasions landing on walkers.

The females lay eggs on the leaves of the larval food plant.

Photos of The Sycamore Tussock moth caterpillar found in parts of North America are shown below. 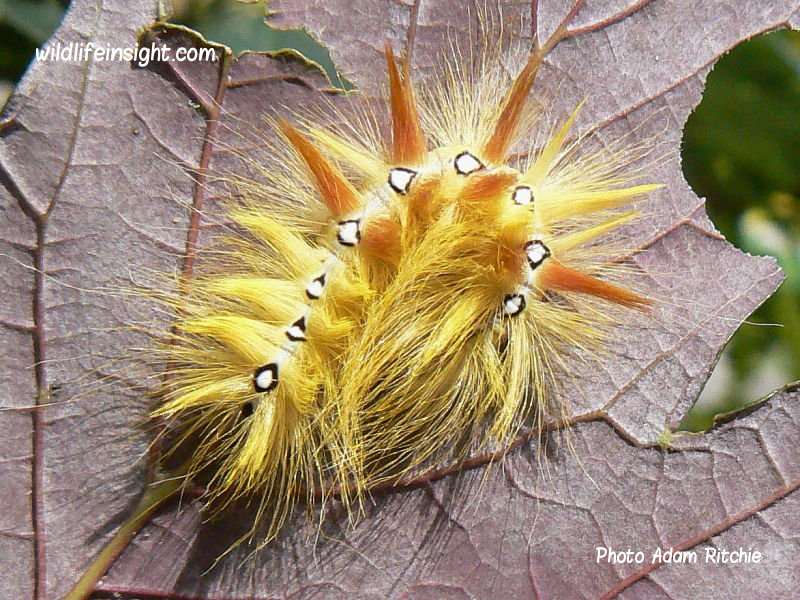 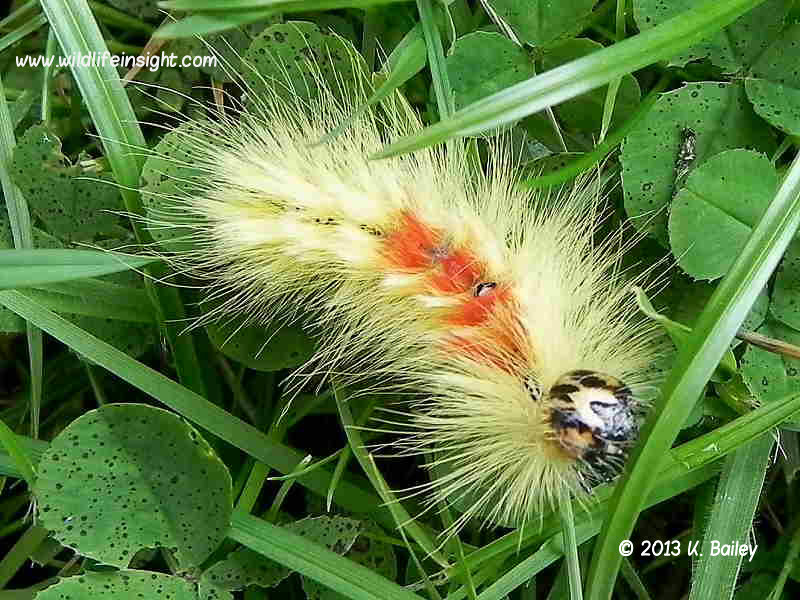 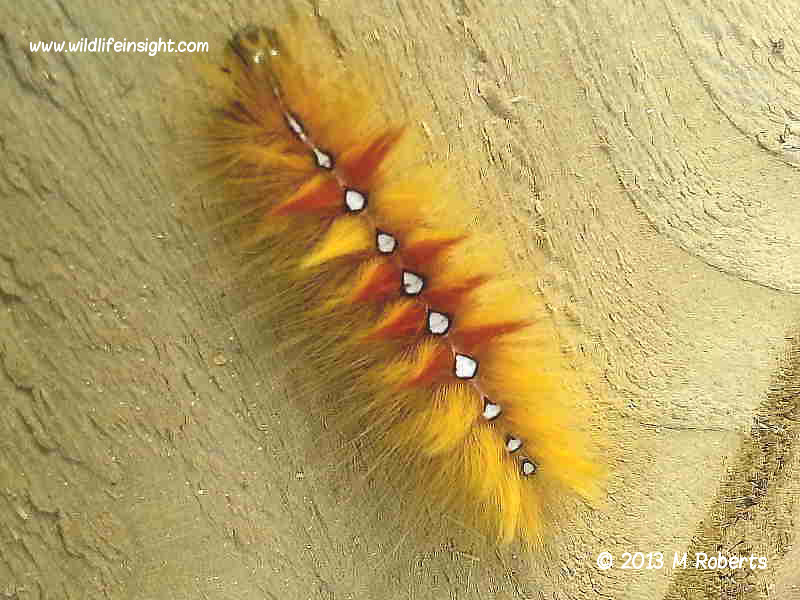 The caterpillars are frequently found in urban and rural areas where the larval foodplant of Sycamore and London Plane trees occur.

There are two generations and the fully grown caterpillars are frequently sighted wandering in search of places to pupate.

The second generation overwinters as a cocoon.

Colour is variable and as with all hairy caterpillars care should be taken if handling as the hairs may cause irritation to the skin. 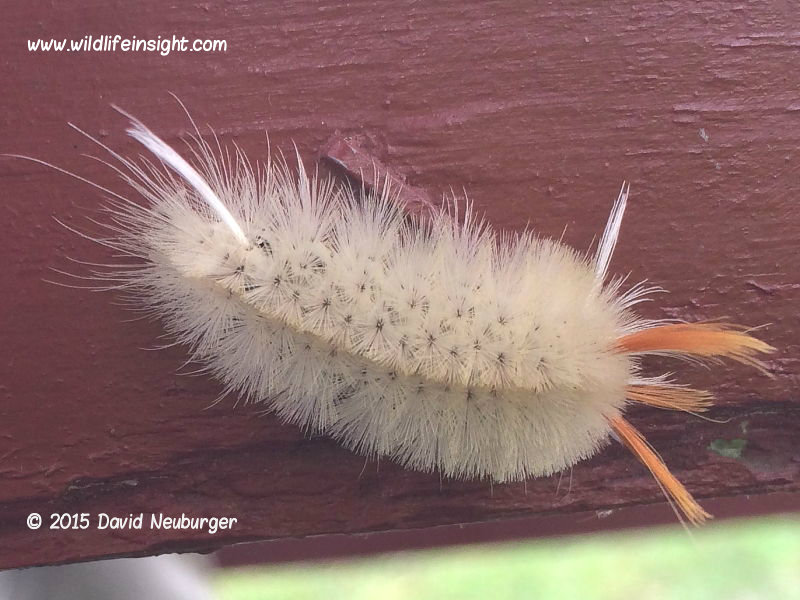 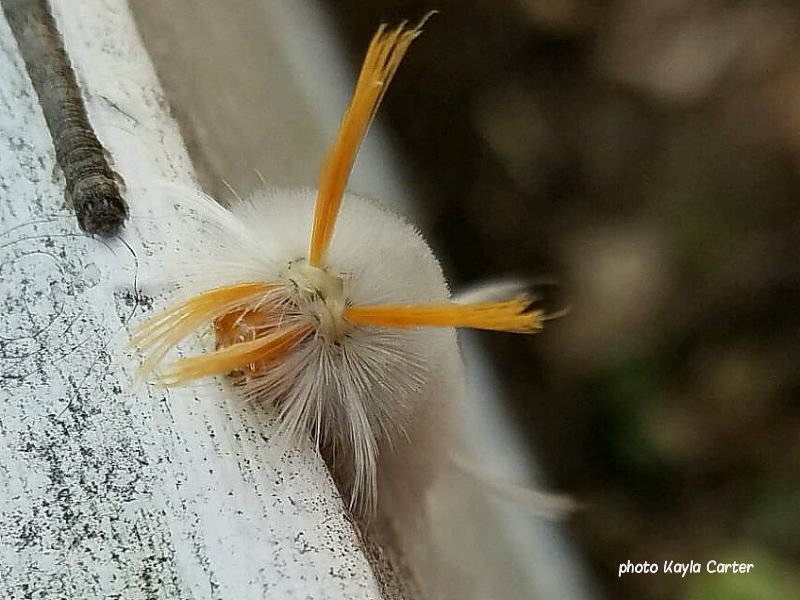