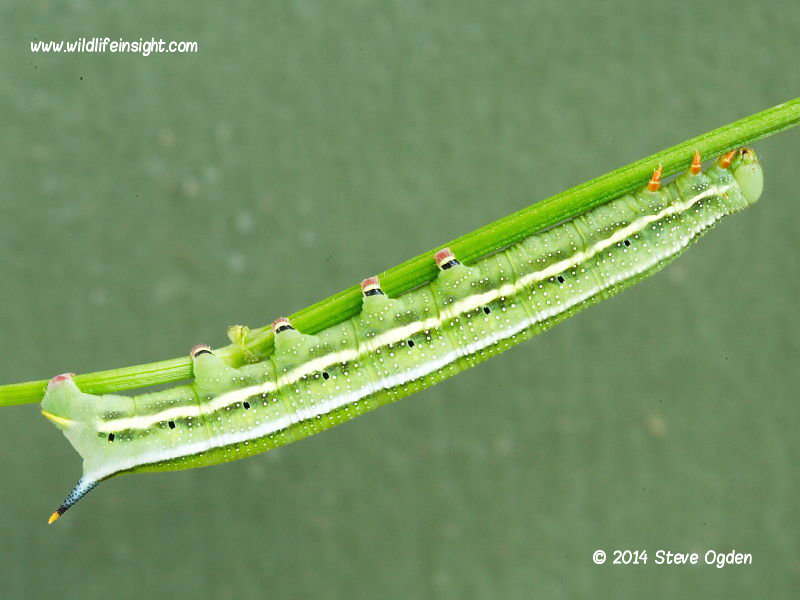 These galleries include photographs of the most commonly sighted moth caterpillars in the British Isles based on the thousands of identification enquiries received every year.

There are over 2,600 species of moth in the British Isles but only a small percentage have caterpillars that are commonly seen unless actively searched for. The gallery also includes some of the species less likely to be found.

Many of the most distinctive moth caterpillars are shown, including some of the largest, hairiest, most colourful, best camouflaged and most bizarre looking.

The gallery also includes some of the few caterpillars found in the British Isles that may at times be considered pests or even a health threat.

Finding a caterpillar in the moth picture gallery

Why do many British moths have English names that appear unrelated to their appearance? 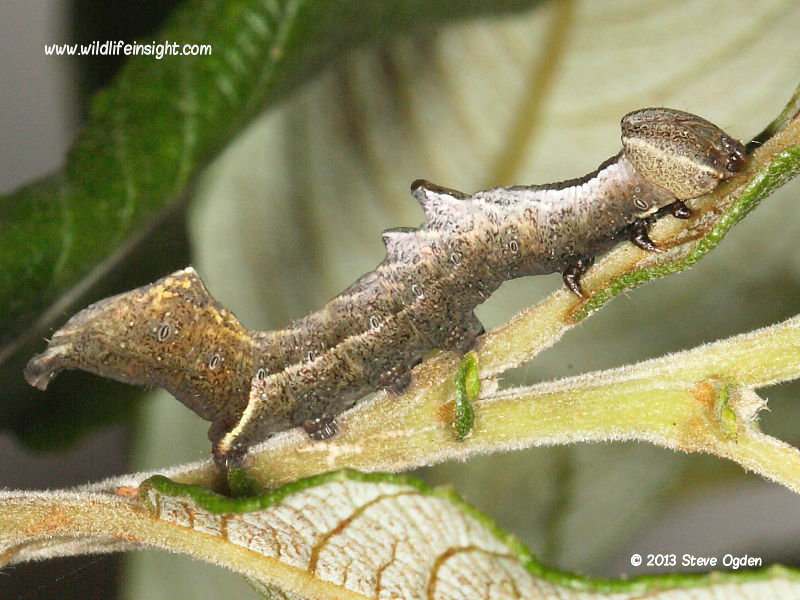 This question is understandably often asked. The reason being that many names refer to the appearance of the caterpillar rather than the adult moth. The most frequently enquired about species of caterpillar, the magnificent Elephant Hawk-moth, is a good example.

Many of the most recognisable species are included but there are also some that are very difficult to identify from a photo.

Caterpillars change appearance dramatically as they grow and moult and many species have several different colour forms in the same brood. Some of these variations may be included in the species life-cycle information.

There is still much to learn about the early stages of many moths. Whilst every effort is made to provide accurate identifications and information errors could occur. Should an error be spotted please let us know.

There are only three caterpillar species in the Cossidae family in the British Isles. Of these, the species we receive the most enquiries about is the extraordinary caterpillar of The Goat Moth (subfamily Cossinae). This large caterpillar, up to 100mm long, lives for several years inside the tree trunks of a variety of deciduous trees, during which time it is unlikely to be seen. It is only when fully grown and ready to pupate that it is sometimes encountered wandering in search of somewhere to pupate. Otherwise, the caterpillar’s large exit holes in the bark may provide the best indication of the moth’s presence in the area. The Leopard moth, Zeuzera pyrina, (sub family Zeuzerinae) is unlikely to be found unless cutting down a tree as it spends its life boring within the trunk and pupates under the bark.

The Zygaenidae family includes the caterpillars of the brightly coloured day flying Burnet moths. The caterpillars of one of the most widely distributed species, the Six-spot Burnet, are commonly seen during the day on bird’s-foot trefoil or prior to pupating on grass stems.

In the British Isles the magnificent Emperor moth, Saturnia pavonia, is the only species of Saturniidae found. The caterpillars are quite regularly come across and can vary in colour. A spectacular moth with the males flying during the day attracted to the pheromones given off by the nocturnal females.

Of the 17 British species in these three small families the caterpillar of the Peach Blossom, Thyratira batis, one of 9 members of the Thyatiridea family, is the most likely to be casually sighted. It is a common species and the caterpillar may be seen sitting on top of bramble/raspberry leaves where in its penultimate instar it is protected by its close resemblance to a bird dropping.
The rare and extremely localised Kentish Glory is the only British member of Endromidae and the 6 British members of the Drepanidae family include the Hook-tips and Chinese Character.

Finding a caterpillar in the moth picture gallery?

If a caterpillar isn’t found in the moth caterpillar galleries it may be a species belonging to another family of insects and so it’s worth checking to see if it appears in either the butterfly caterpillar picture gallery, sawfly caterpillars/larvae or other insect larva picture gallery.
Some species are difficult to identify from photographs for a number of reasons – see help with caterpillar identification. You never know it may be one that’s not on the site and with your permission we would welcome adding a photo of it to the site and include it in a latest sightings report.