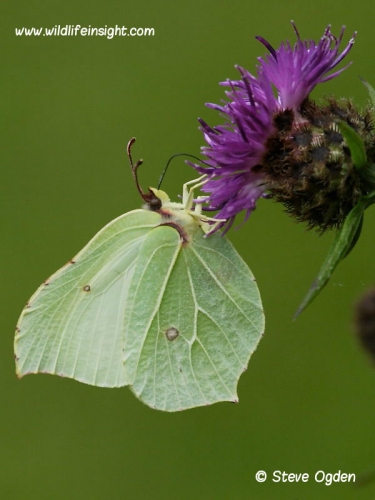 The Brimstone Butterfly is found throughout much of the southern half of England becoming less numerous further north.

In Cornwall it is widespread but absent from large areas of exposed heath and moorland, particularly in the extreme far west.

It’s a butterfly most frequently found in areas of open woodland, hedgerows and scrubby land where the larval foodplant of Buckthorn and Alder Buckthorn occurs.

The butterflies are prone to wandering and may occur in urban gardens.

Early entomologists referred to it as the ‘butter-coloured fly’ from which it is thought the word butterfly was derived.

The species also has an extensive range throughout much of the rest of Europe, as far east as Siberia and southwards into North Africa.

Other common Yellow butterflies include The Clouded Yellow and in southern Europe The Cleopatra Butterfly. 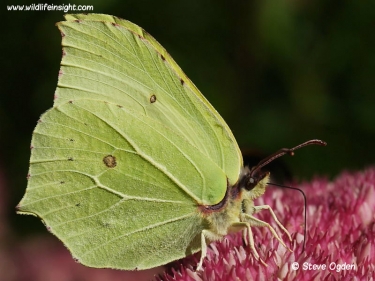 Other common Pieridae species include the ‘Whites’ – The Large White, The Small White, The Green-veined White and the female Orange-tip Butterfly

The Brimstone butterfly is sometimes confused by name with the Brimstone Moth which is much smaller .

Identification of the Brimstone Butterfly

Unusually for butterflies it always rests with wings closed, its colour and wing shape blending in cryptically with its surroundings.

When seen nectaring at flowers such as thistles, knapweed and dandelions its distinctively shaped wings and veining makes it easily identifiable from other British butterflies

The undersides of the male wings are a lemony yellow compared to the pale green of the females.

In flight the paler females can be mistaken for Large White Butterflies despite lacking the black markings.

no images were found

Life cycle of the Brimstone Butterfly

The Brimstone Butterfly has a single generation and is a long lived species that hibernates over winter as an adult.

Adults may emerge from hibernation as early as January and February in southern counties during mild weather.

The insects early emergence combined with its longevity make it one of the few butterflies that may be seen in any month of the year. 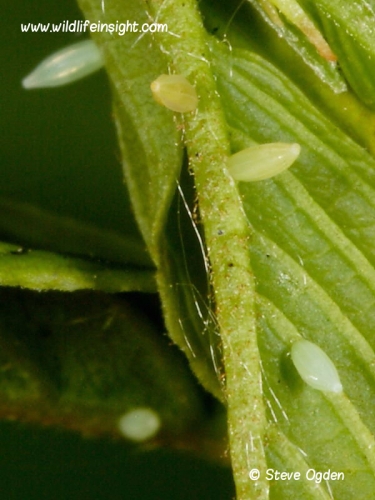 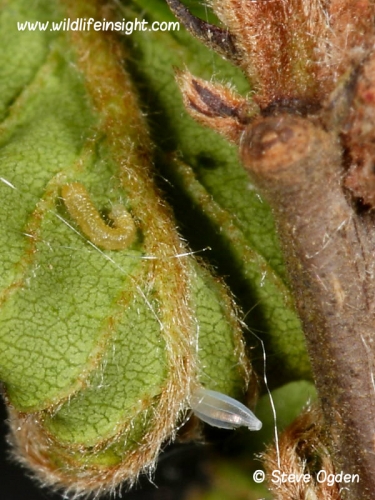 The eggs, laid either on the underside of leaves or on new shoots, hatch within 10 days depending on the temperature.

On hatching the 1.5 mm long caterpillar is a yellowy/brown.

The egg shell isn’t eaten and the caterpillar moves to the upper side of the leaf to feed. 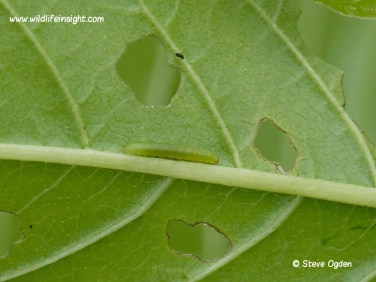 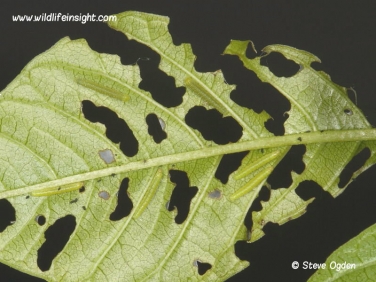 During the first molt the caterpillars become green.

The small caterpillars rest on the upper side of leaves alongside the midrib. 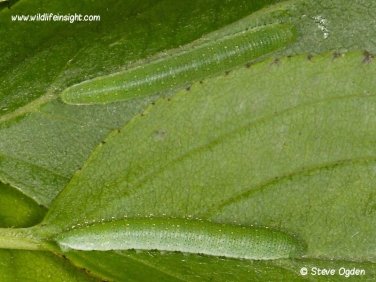 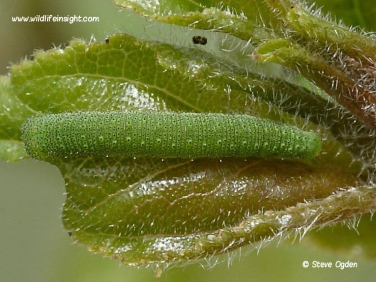 Later instars show a hint of blue and have a white spiracular stripe.

Short white setae cover most of the body.

Large sections of leaves will be eaten by these larger caterpillars.

Caterpillars are usually fully grown within a month. 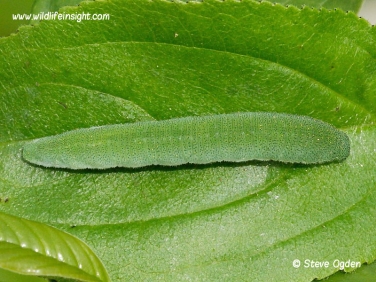 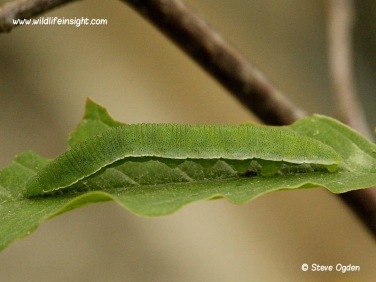 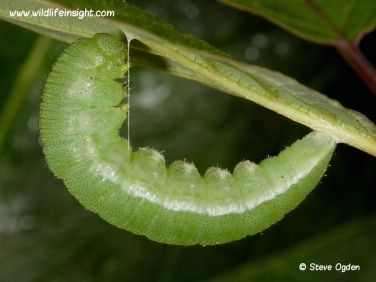 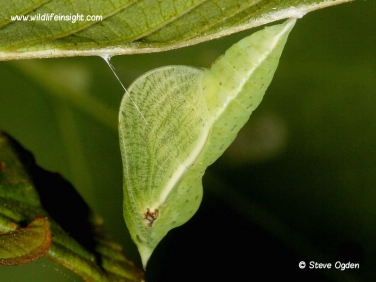 Pupation takes place either on the larval food plant or a nearby plant.

The pupating caterpillar hangs itself by its tail hooks from a silken pad before securing itself with a silken girdle.

The green chrysalis blends in cryptically with the leaves making it extremely difficult to see.

The adult butterflies emerge in 10-14 days

The caterpillars are vulnerable to heavy predation and broods may be decimate by birds such as Blue Tits.

How to rear butterflies and moths