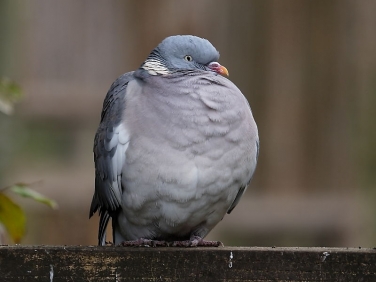 The Woodpigeon is now the third commonest bird to be seen in British gardens according to the latest BTO garden survey. Only the Blue Tit and Blackbird are recorded in more gardens in the UK.

There are even some counties where the Woodpigeon is the most commonly seen species in gardens. This is a remarkable change in the spread of a species that has for centuries been considered a pest by arable farmers and heavily persecuted.

It’s recent success appears to be down to its adaptability to both new habitats and food sources. 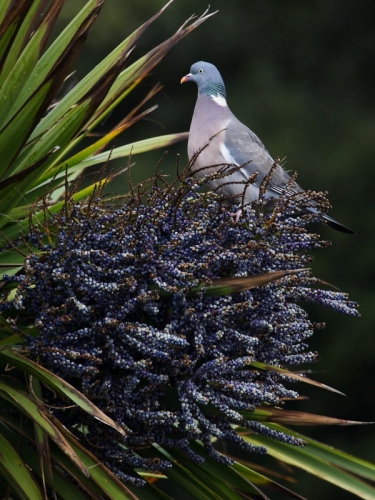 I was brought up on the Lincolnshire Fens, an extensive low lying area of intensively farmed arable land, where flocks of many thousand of Woodpigeon would feast on farmers vegetable crops during the day, before returning to communal roosts in woods at dusk.

These countryside birds were extremely wary of people and just a vehicle pulling up beside a field would send the birds panicking into flight. The flapping commotion of one Woodpigeon frantically taking to the air is unmistakable but the noise of thousands is quite something.

The wary behaviour of these rural birds is in stark contrast to that of the often lone or pair of woodpigeons that we now see everyday visiting bird tables in our urban gardens to feed on kitchen scraps and seeds put out for other birds.

These urban birds seem to have lost the need for the survival advantages that being part of a large flock offers and happily strut around gardens as if they own them.

Some homeowners now even see them as pests, resenting their domineering presence on their bird tables. It also seems likely that the same birds remain close to our gardens throughout the year, nesting close by and do not have the same migratory urges that many of the rural flocks show.