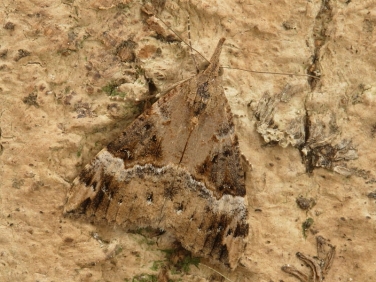 A Bloxworth Snout, Hypena obsitalis, found hibernating in the garden shed was a new moth species for the garden.

This Red Data Book species has only recently colonised parts of the south coast but now looks to have firmly established itself.

Recent Cornish records suggest that this moth, once considered a rare migrant, is now breeding on the Lizard Peninsula and perhaps also in other parts of the county. 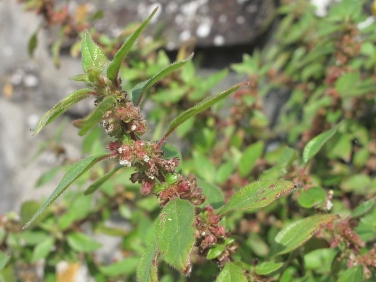 Next Spring I’ll certainly be checking out some local Pellitory on the Wall, the larval food plant, to see if any caterpillars can be found.

There are two generations of Bloxworth Snout, the first emerging between July and August, followed by a second slightly later emergence in September/October.

The over wintering Bloxworth Snout photographed above is most likely to have been from a second brood.