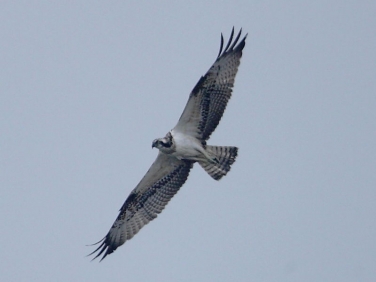 The Osprey seen fishing around the Hayle Estuary at the weekend certainly brought back a few memories.

I well remember seeming my first British Osprey at Boat of Garten in Scotland’s Cairngorms during a Geography field course – a few too may years ago now for my liking.

At the time it was one of the few breeding pairs in the British Isles.

Then I can recall the first young Ospreys being introduced to Rutland Water Reservoir, first into breeding pens and then later released. 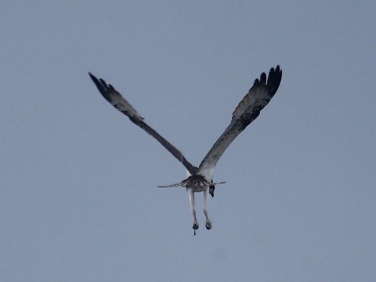 But perhaps my most memorable Osprey moment was disentangling one from the a fisherman’s line on Gasparilla Island on Florida’s Gulf of Mexico coast.

I can still see its piercing eyes staring at me as I tried to stay clear of its flexing talons and beak! We both ended unscathed with it flying off strongly and me receiving a rather over the top ‘put it there high fives’ by the on watching beach attendant.

It’s certainly great to see Ospreys making such a strong come back and hopefully it won’t be long before we have them spreading into other parts of the British Isles.