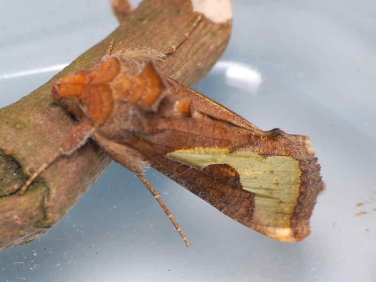 Caterpillars on Supermarket produce immediately raise the possibility that they have been imported from a foreign country.

So on receiving images of several caterpillars on supermarket mint from Anneli in West Berkshire I was naturally suspicious but also curious.

A leg count showed two prolegs missing suggesting they were likely to be moths of the Plusiinae family. 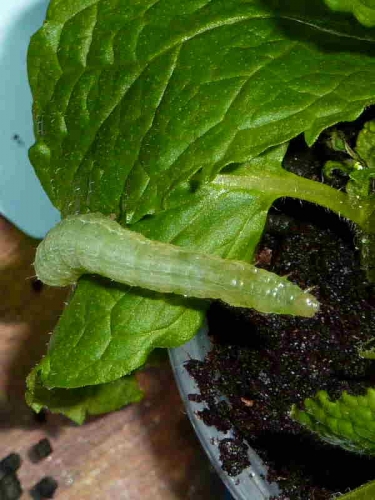 Keen to find out what they were I suggested Anneli reared them through.

A glance at the images and I understood her excitement.

Slender Burnished Brass are rare migrants to the British Isles from southern Europe and Africa where they are considered a crop pest.

The equally impressive Burnished Brass is a common resident of the British Isles.

My thanks go to Anneli for sharing her photos and rearing them through.