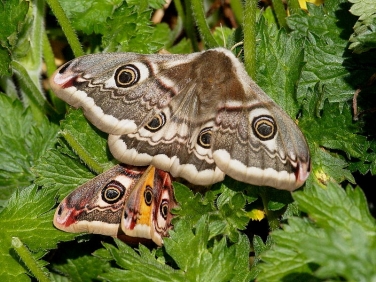 Several male Emperor Moths were active during the day at Kennack Sands, on the Lizard.

They were flying quickly over the tops of heather searching out the nocturnal females hidden in the vegetation.

It always sounds a little odd to learn that a male and female of a species are active at different times of the day. How do they ever ‘get it together’?

Well, as always, nature has a solution – the pheromones given off by the females being so irresistibly powerful that they put the most potent man made perfume to shame. 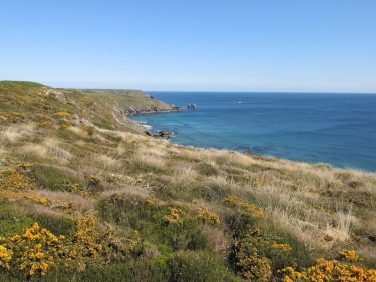 Not wearing boots I was reluctant to wade through the adder ‘ infested’ heather to photograph them mating.

A tad whimpish? Perhaps, but adders are fairly common here and I have a feeling that there may be a certain downside to standing on one – the Adder would probably agree! See Recent Adder post

The image above is of a male Emperor Moth lured to a captive bred female by her pheromones in North Cornwall in April 2010.