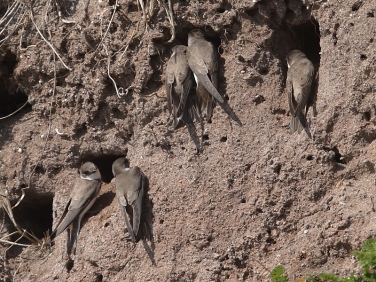 If ever there was a sign that Spring had at long last arrived it is the sight of nesting migrant birds.

We look forward to the arrival of Sand Martins with particular anticipation as they are normally the first of the group of birds referred to as Hirundines (Martins and Swallows) to arrive in the British Isles in the Spring.

These Sand Martins have once more returned to their breeding site in cliffs at KENNACK SANDS on the Lizard Peninsular. 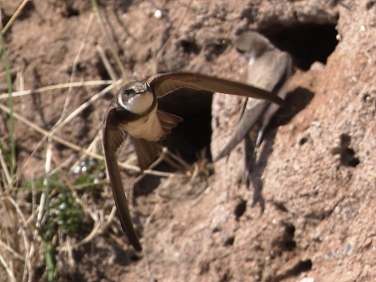 Droughts in the Sand Martins wintering sites in Africa are thought to be the reason for the declining number of them returning to the British Isle in recent years.

Many of those Sand Martins that have survived to return have now been confronted with the effects of another climatic extreme – too much rain!

The heavy winter rains having caused major coastal land slips all around the coastline of Cornwall and the West Country threatening their breeding sites.

Thankfully, the cliffs these Sand Martins nest in are still in tact.