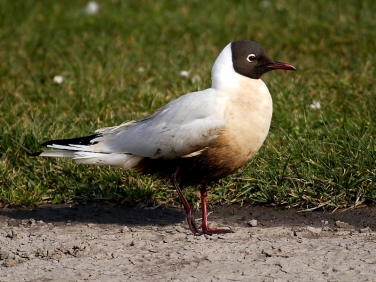 For the second time in recent months hundreds of seabirds have been washed up on Cornish beaches covered in an oily substance.

The species most commonly suffering from this pollution appear to be mainly Guillemots and Razorbills.

These are common around the Cornish coast and spend much of the time sitting on the surface and diving.

However, this summer-plumaged Black-headed Gull was seen at Swanpool Beach, Falmouth in recent days and showed heavy black staining to its breast. 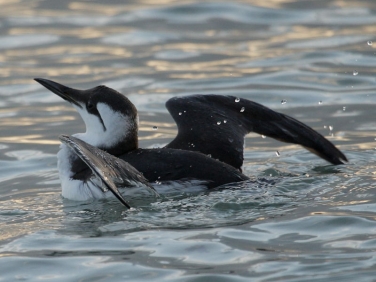 The oil appears much darker on this gull than the sticky substance coating the Auks so may be from a different pollution incident.

Whatever the origins and type of oil causing the recent pollution incidents, questions need answering.

Why is it legal for ships to flush tanks out at sea?

Why have two such pollution events occurred in such a short space of time off the Devon and Cornish coasts?

What is the real tally of dead birds, given only a small percentage are likely to be washed ashore and recorded?