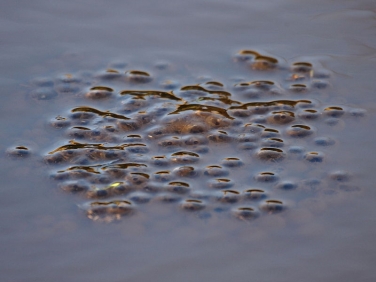 We saw our first Frogspawn of the year on the 13th of January on the way up on to the moor at Men-an-Tol.

The Men-an-Tol is a bleak highland moor near Madron, Penzance in the extreme south west of Cornwall.

It would seem possible that the spawn may have even been laid as early as December last year. 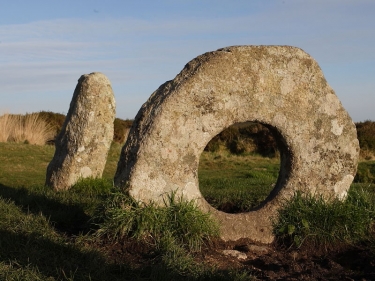 Men-an-Tol means holed stone and appropriately refers to one of three standing stones that has a hole in it.

Their origins are a bit of a mystery. The image is taken with an extreme wide angle lens and makes them look more impressive than they actually are.

And, to be frank, the stones didn’t do too much for us. The frogspawn was far more interesting.

So too was the Short-eared Owl and Ring-tail Harrier that we’d been hoping to see. Both species showed well hunting over the rough grass and heather.