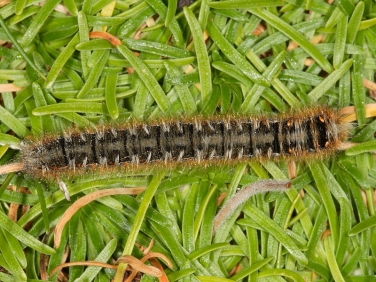 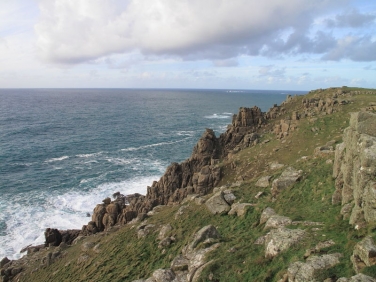 Porthgwarra, a top sea-watching site on the extreme south west coast of Cornwall near Land’s End produced nothing noteworthy save two moth caterpillars!

Only common seabirds were recorded and on the surrounding cliffs two Chough, a Black Redstart and a Rock Pipit with a white head were the pick.

The most interesting sighting were two Oak Eggar moth caterpillars at different stages of development found lying on grass stems between some huge slabs of granite on the cliff edge. 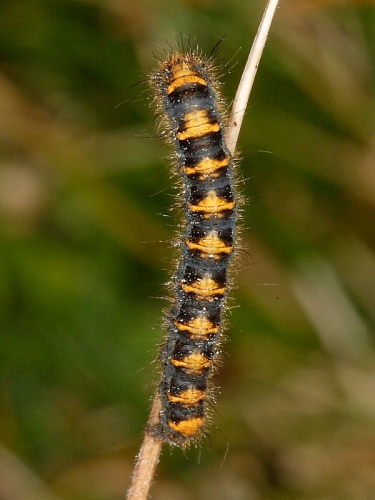 The smallest of the two caterpillars, about 20mm was sporting the dramatic orange diamonds of a second instar caterpillar about to hibernate. Whereas the larger one, about 45mms, had already completed several skin changes and was dressed in his probable penultimate attire.

It is unlikely that either caterpillar will grow anymore this year and will hibernate in their present forms.

In the British Isles there are differences in the timescale of Oak Eggar caterpillars development. In the north of the country they overwinter twice, the second as a pupa whereas in the milder south there is only a single year development phase from egg to adult moth.

So, despite being of different ages and sizes, both the caterpillars observed are likely to continue their growth after overwintering before pupating when fully grown at about 80mm in length followed by adult moths emerging between July and August.