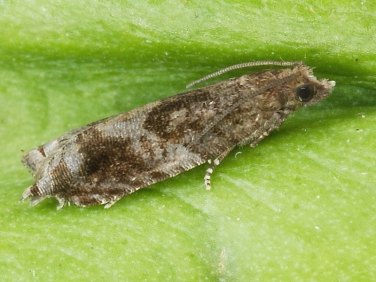 When a combination of knowledgeable enthusiasts with a diverse range of wildlife interests and the general public gather to explore a site to learn more about its biodiversity it invariably produces some interesting and not previously recorded species. During last weekends BioBlitz at Windmill Farm Nature Reserve on the Lizard, Cornwall several new species of moth were recorded and I must thank the Nature Reserve warden Andy Pay for inviting me.

Nevertheless, despite having the resources and effort on site for a BioBlitz, conditions on the day still have to be favourable. The real disappointment was that the clear skies, a large moon and cool westerly wind severely reduced the number of moths attracted to the lights set over night on this exposed site. Overcast skies, a small moon and mild southerly winds would not only have greatly increased the number of resident moth species recorded but also improved the chances of a few migrants.

Understandably it is always hoped that a BioBlitz event will record new species but they are also valuable in giving an indication of how the more common resident species are doing. The recording of seventeen Garden Tiger (Arctia caja) moths suggests this species is still plentiful on this Reserve despite their alarming National decline. 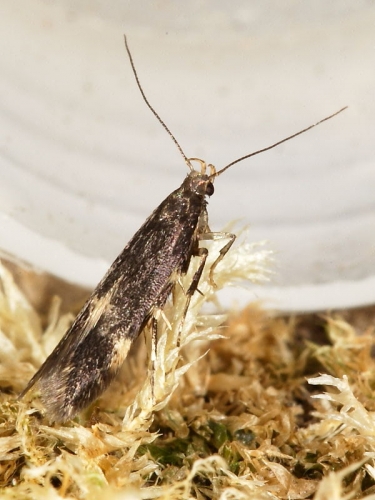 One particular moth that caused me much head scratching was what I thought was Eulamprotes atrella, not a species I’m familiar with. Fortunately, I took some macro shots of the head area, showing clearly the pale colour of the labial palps (modified mouth parts used for tasting – see Anatomy section of the Illustrated Moth Guide) and posted them on the UKmicromoths forum seeking some expert advice. As is so often the case my query was answered by one of the experts, John Langmaid, who confirmed that the colour of the labial palps was indeed diagnostic and it was Eulamprotes atrella.

This species is not only new for me and Windmill Farm Nature Reserve but there appear to be few records for Cornwall. However, this may well be just be a case of under recording rather than a reflection of its scarcity. This Eulamprotes atrella specimen had a wingspan of 13mm and in common with many tiny micro moths are easily over looked and not so readily attracted to lights as many larger moths.

My thanks go to John Langmaid and I can fully recommend the UKmicromoth site to both experienced and amateur lepidopterists. 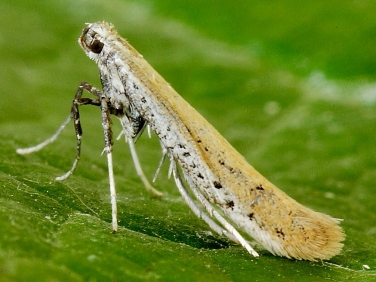 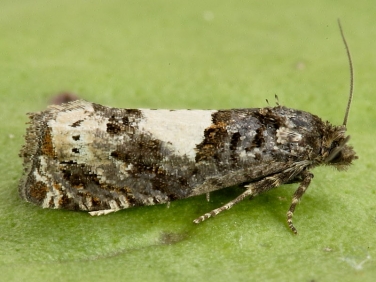 While on the subject of macro photography, this is yet another example of how often having close up photographs of moths, or any creature come to that, can lead to an identification at a later date without retaining the specimen and resorting to dissection. The detail on many micro moths is not always easy to see in the field even with the aid of a hand held microscope.

Looking at the macro shot of Aspilapteryx tringipennella above, a micro moth with a wingspan of about 11mm, the spots can be clearly seen which helps identify it but in the field, often in poor light, they are not nearly as obvious. Having said that, the recording during the Windmill Farm BioBlitz night of a Tortrix moth, see above, which may have been either Epiblema scutulana or cirsiana highlighted the fact that there are still many species that photographs will never be sufficient to conclusively determine an identity from and will require dissection.

In this case the images of Eulamprotes atrella were not the greatest macro shots but they were sufficient to confirm an identification and the moth released. A great advantage of having an image is that if a second opinion is required, it can then be posted on the internet wildlife forums which instantly puts you in touch with experts both local and worldwide. I probably get more emails on macro photography than any other subject. Admittedly, taking these shots may not always be easy but with the correct equipment and a bit of thought anyone can the extra effort can prove very worthwhile. In response to these queries a wildlife photography section will shortly be added to the site which I hope will prove useful. 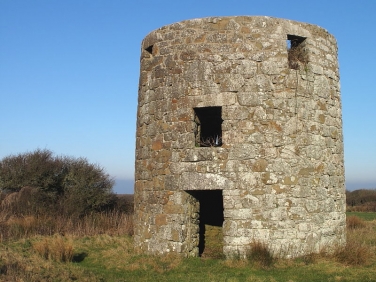 About Windmill Farm Nature Reserve: this 205 acre reserve is jointly owned by the Cornwall Wildlife Trust and Cornwall Bird Watching and Preservation Society and consists of heathland, hay meadows and scrapes. The reserve warden is Andy Pay and the grid reference of the site is SW694153.

When driving south down the Lizard access the site by turning right off the A3083 a short distance past Ruan Major. The site is noted for plants, birds, moths and has a growing reputation for rare dragonflies.