These two fritillaries are very similar and although the Pearl-bordered is much scarcer than the Small Pearl-bordered there are sites where they occur in the same habitat and their flight periods overlap.

These are the earliest fritillary butterfly species to fly in the UK with those seen in April likely to be Pearl-bordered as the Small Pearl-bordered’s first brood is slightly later. 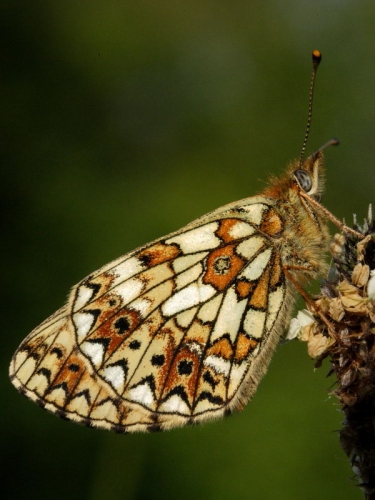 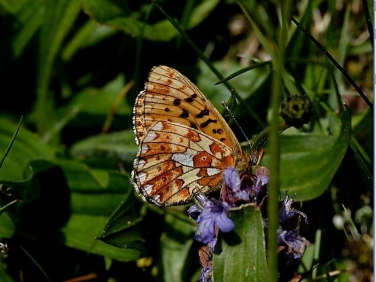 The most obvious difference is between their undersides with the Pearl-bordered having fewer white blocks and an overall more orangey wash. If seen in strong sunlight the underside of the Small Pearl-bordered is sometimes likened to a stained glass window with intense black veining outlining silvery/white blocks giving it a far brighter appearance.

Once you’ve become familiar with both butterflies the difference becomes more evident. However, be aware that on worn specimens with variable strength of colour and in changing light conditions it is not always a case of instant recognition.

Can the Pearl-bordered Fritillaries be identified from just the upperside of their wings?
Yes, normally, but it can be tricky in the field. 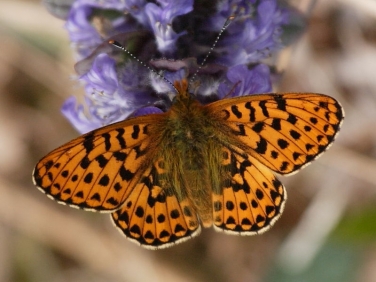 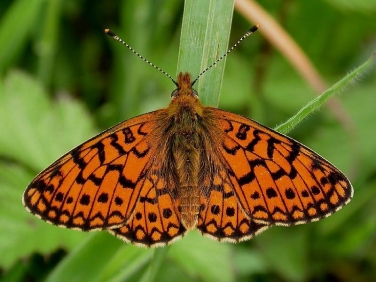 The most reliable identification indicator is that the small black spots in the forewing of the Pearl-bordered are more distant from the chevrons on the outer wing edge than those of the Small Pearl-bordered. However, this is not always easy to assess in the field. 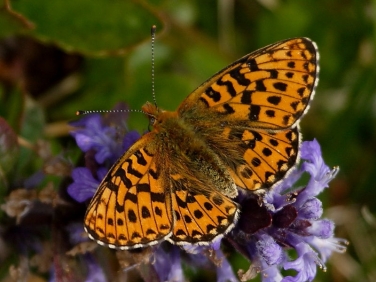 Another id feature is that towards the outer edge of the forewing of the Pearl-bordered Fritillary the black chevrons are often unconnected from those black marks on the outer edge.

However, this is not always the case. When we lived in the Marsland Valley, one of the country’s top sites for both species, we often recorded Pearl-bordered Fritillaries with chevrons linked to the trailing black marks (see image on the left) as in the Small Pearl-bordered.

Where possible photographs should be obtained of questionable specimens which can then be studied on a computer in order to confirm the identification.