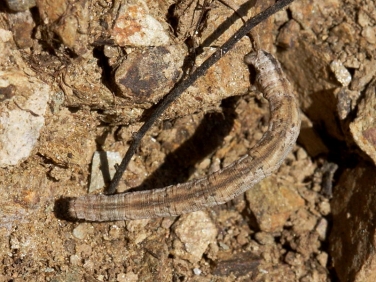 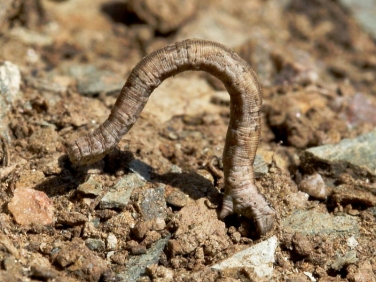 This Mullein Wave moth caterpillar was found on bare soil beside the South West Coast Path on the Lizard at the weekend. Looking like a tiny brown twig hanging from the side of an eroded bank we only noticed it because we were on hands and knees photographing mining bees.

The Mullein Wave moth is a member of the larger Geometridae family of moths whose caterpillars are recognisable by only having legs at the front and rear of their bodies. This distribution of legs causes them, when walking, to move one end of their body at a time, creating a bend from which this group of moths have been named – see the Illustrated Guide to British Caterpillars. 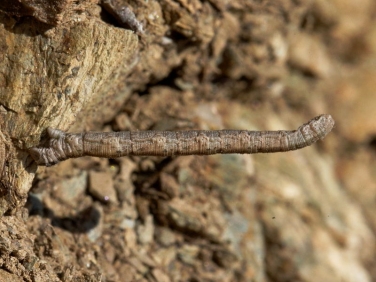 It is astonishing the cryptic postures that these caterpillars can take up to blend in with their surroundings and so avoid detection.

Insight into Mullein Wave (Scopula marginepunctata): this moth has an approximate 27mm wing span and is locally distributed throughout much of the UK, mainly in coastal locations.

The larvae feed on a range of herbaceous plants including plantains, mugwort and knotgrass. The species has two generations in the south between May and September.