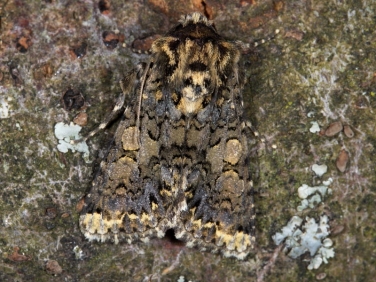 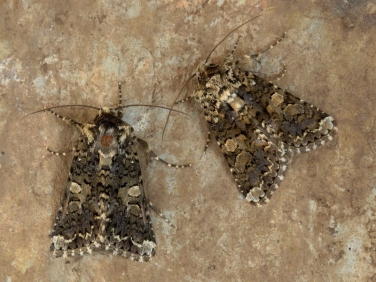 Marbled Coronet is being regularly recorded in our garden in Cornwall at the moment.

It’s yet another of those British moths that looks fairly ordinary until viewed closer through a macro lens. And if you were trying to describe it to someone, the dull shades of browns, greys and greens would not exactly inspire anyone to take up an interest in moths. However, it is actually a beautifully colourful insect. There is another form with more white in the wings but, despite being more contrasting and dramatic, for me, the subtle blend of colours of this one makes it far more appealing.

Insight into Marbled Coronet (Hadena confusa): a member of the large Noctuidae family of moths with a wingspan of between 14-16mm. The species is locally distributed throughout the UK and can be common on some coastal locations where the larvae feed on Sea Campion and Bladder campion as well as other related species.

Its main flight time is between May and July in the south with sometimes a smaller second generation in late summer.