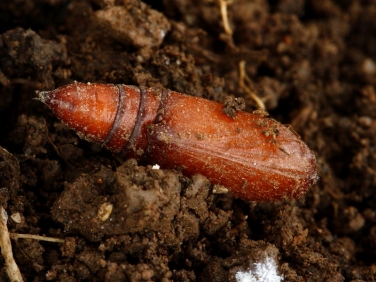 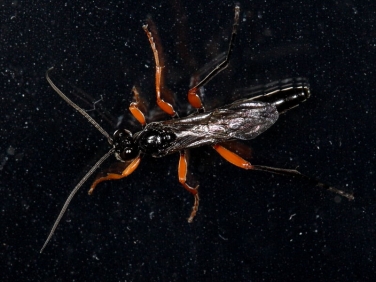 The emergence of moths and butterflies from pupae is normally awaited with great expectation in the hope that a certain species will appear. However, the emergence of two parasitoid wasps from pupae found buried in the garden in January was yet another reminder that nature can be unpredictable.

At least this would explain the lack of development of the moth that could be seen through the pupal case.

The many different species of ichneumon wasp, which are very difficult to identify, are parasitoids and lay their eggs inside caterpillars which their larvae eventually kill. In this case the caterpillars seem to have survived to pupate and were then eaten by the developing wasp larva inside the pupa before emerging.