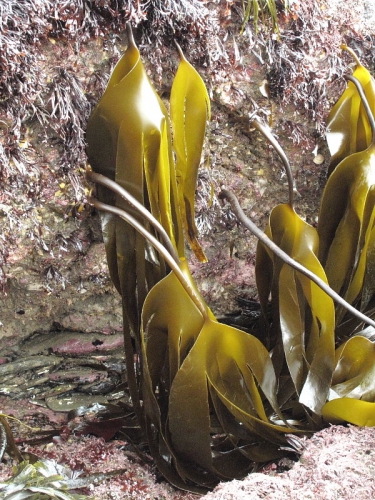 Last week the tides were some of the biggest of the year and so it was an excellent time to explore the rock pools at low water.

The lower shore on Rosemulion Head, near the Helford River, was thick with Oarweed. There were several other types of seaweed, including thongweed and wireweed, as well as prawns, various seashells and a brittlestar species.

You can never get too old for rock pooling!

Insight into Oarweed (Laminaria digitata): also known as Tangleweed, this British seaweed is a type of kelp. It has a broad, brown frond with no midrib that splits into a number of long ribbons.

It is common around Britain although less so on parts of the east coast.