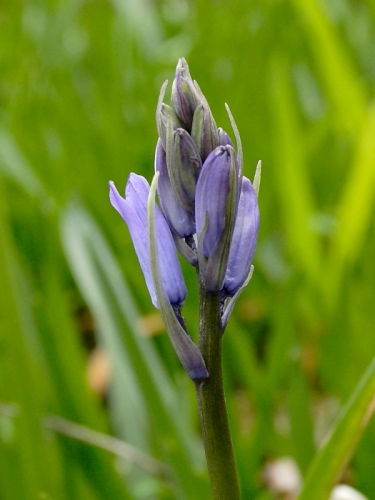 This Bluebell was photographed 10 days ago when it looked more like a stem of asparagus! It’s now fully open in the bright sunshine in a sheltered part of the garden. It is likely to be a hybrid between our native Bluebell and the Spanish Bluebell which leads onto…

Second, the flowers of the native Bluebell are parallel sided so cylindrical in shape. Whereas the Spanish Bluebell’s flowers are more open, spreading.

Next, the tips of the native Bluebell flowers are revolute (rolled back from the tip) and they aren’t on the Spanish Bluebell, well not so much. 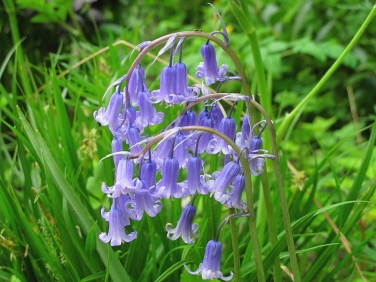 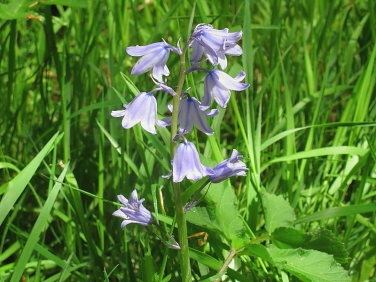 Finally, the leaves of the native Bluebell are no more than 20mm wide, often less, whilst the leaves are broader, up 35mm, wide on the Spanish Bluebell.